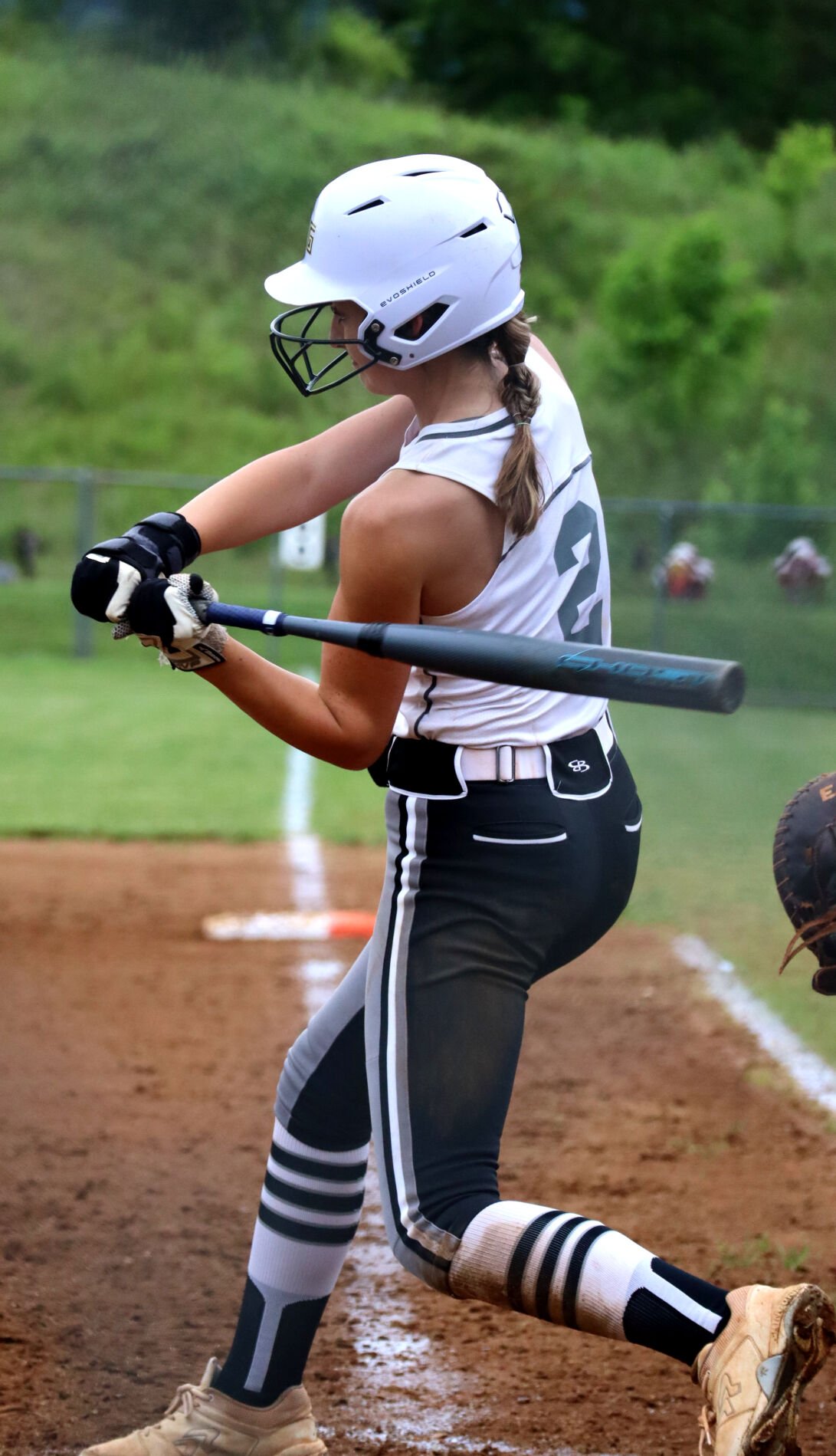 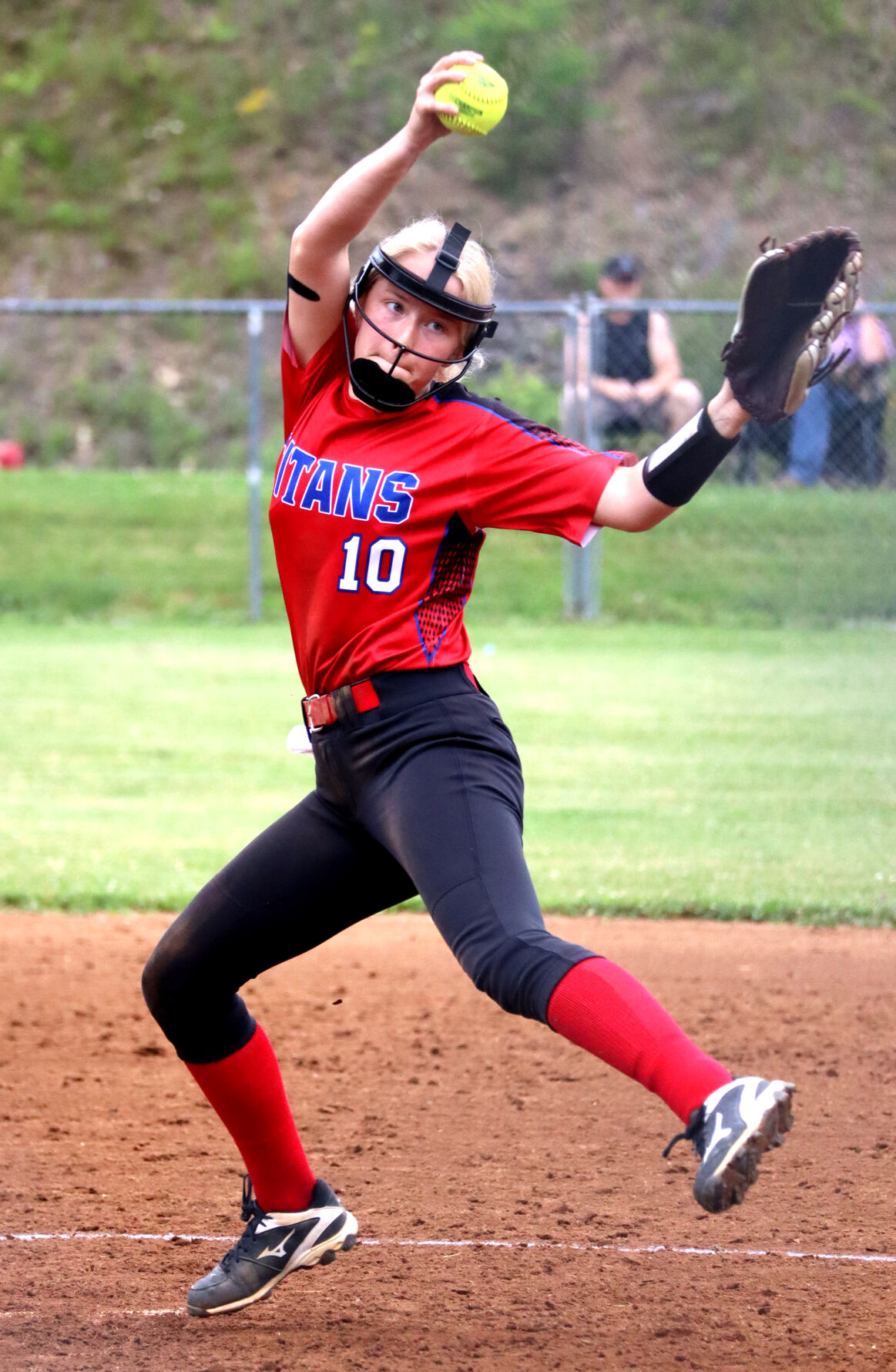 COEBURN — Eastside found a way out of its offensive slump Wednesday.

The Lady Spartans (11-2) pounded out 14 hits and took advantage of four Twin Springs errors and six walks to take an 18-8 win over the Lady Titans in the Cumberland District softball tournament semifinals.

The Lady Spartans will play the winner of the other semifinal game between J.I. Burton (5-8) and Thomas Walker (9-2), which is slated for a 1 p.m. start.

Burton advanced to the semifinals against Thomas Walker with an 8-6 first-round win over Castlewood (5-6) Wednesday.

Both the semifinal game and the tournament championship game will be played at Thomas Walker.

PUTTING THE BAT ON THE BALL

Wednesday’s semifinal game was a slugfest.

“Thank goodness we started hitting the ball,” Eastside coach Suzi Atwood said. “We were a little bit too aggressive to begin with. So we had to calm down a little bit and take our time once we got in the box.”

The Lady Titans led 8-4 heading to the bottom of the third inning.

“I was pretty worried. They were hitting everything that we were throwing down through there at them,” Atwood.

“They hit the ball strong and we weren’t fielding as well as I would have liked.

“They came together in the dugout and the seniors had a really good talk with each other. No one wanted the season to end today. So they came through.”

Eastside senior and UVA Wise commit Kacie Jones had a single, an RBI, walked twice and scored 3 runs in the Lady Spartans 18-8 win over Twin Springs Wednesday in the Cumberland 🥎 semifinals. @tnsportslive pic.twitter.com/EBfEFTJ0zr

Senior Kacie Jones was one of nine Eastside players to get a hit and one of seven Lady Spartans to record at least one RBI.

“We started out a little slow at first, but we really came together. It was a good team win and I’m just really proud of all of us,” Jones said. “We’ve been struggling at the plate for a little bit. It’s probably the perfect time to get it together and start putting some runs on the board.”

Jones went 1-for-2 at the plate with two walks, an RBI and three runs scored.

After Twin Springs built an 8-4 advantage, Eastside took over the momentum, scoring four runs in the bottom of the third to tie the contest at 8.

Eastside added six more runs in the fourth and four more in the fifth to end the game because of the 10-run rule.

Leci Sensabaugh finished 3-for-3 with three RBIs for Eastside, while Anna Whited, Maggie Odle and Taylor Clay each had two hits.

For Twin Springs, Ayssa Mumpower finished 2-for-3 with three RBIs.

Alexis Austin also finished 2-for-3 at the plate, while Emaleigh Powers and Ryleigh Gillenwater had two RBIs apiece for the Lady Titans.