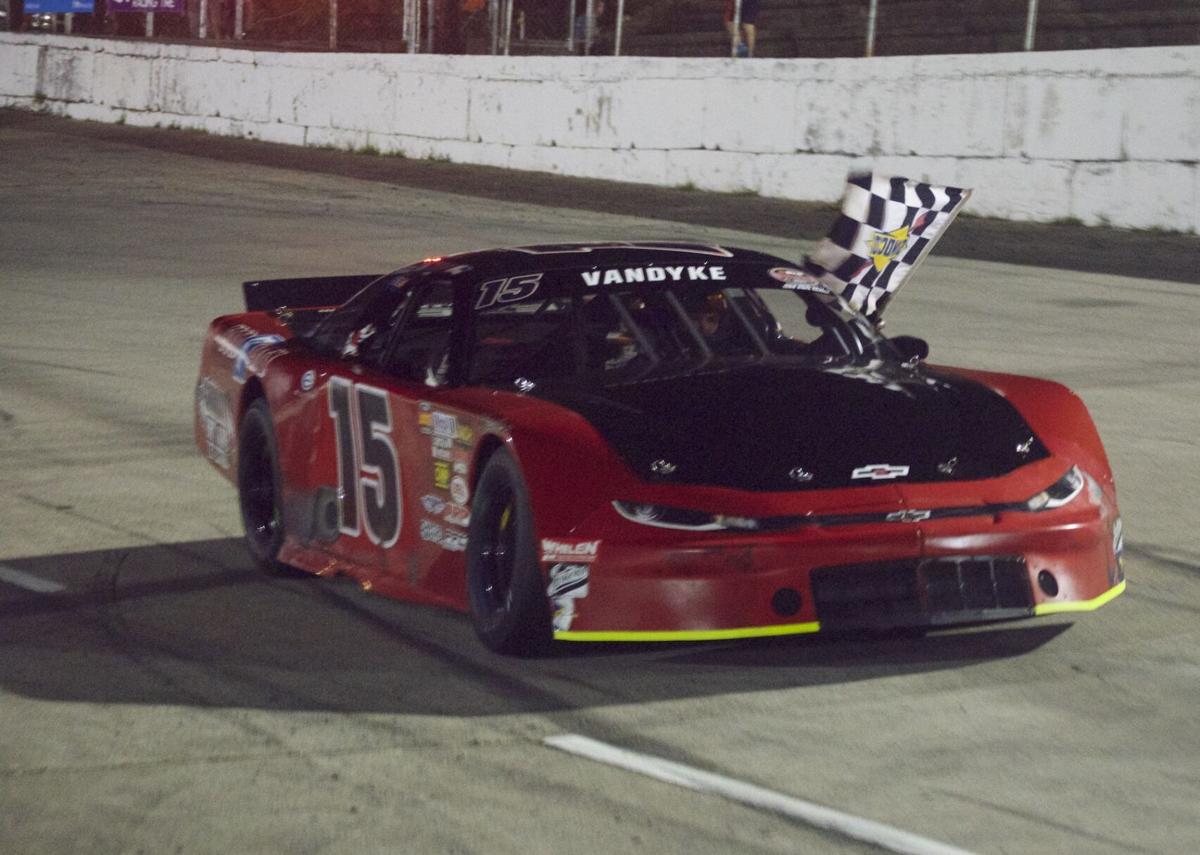 Kres VanDyke takes a victory lap after his fifth consecutive win and sixth overall at Kingsport Speedway on Friday night. 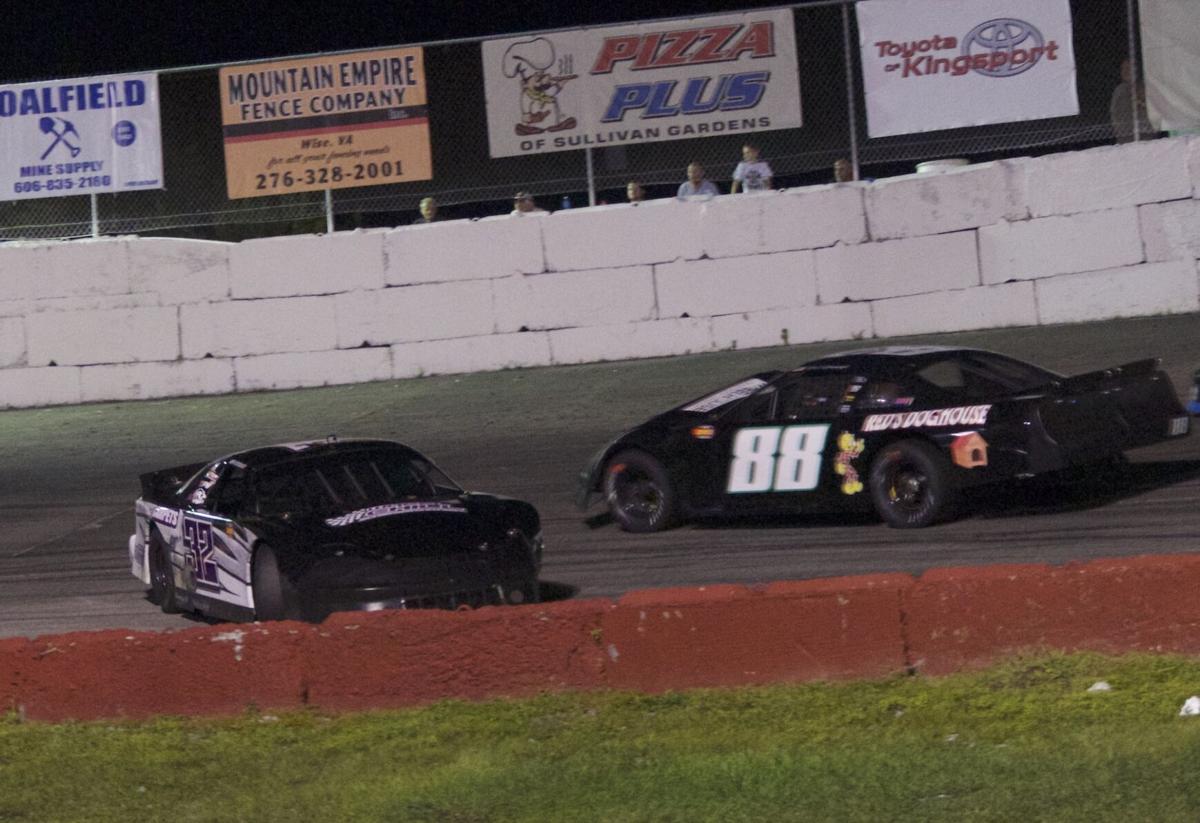 Nik Williams (32) goes for a spin after contact from Brad Housewright in Friday's Late Model Stock feature at Kingsport Speedway. 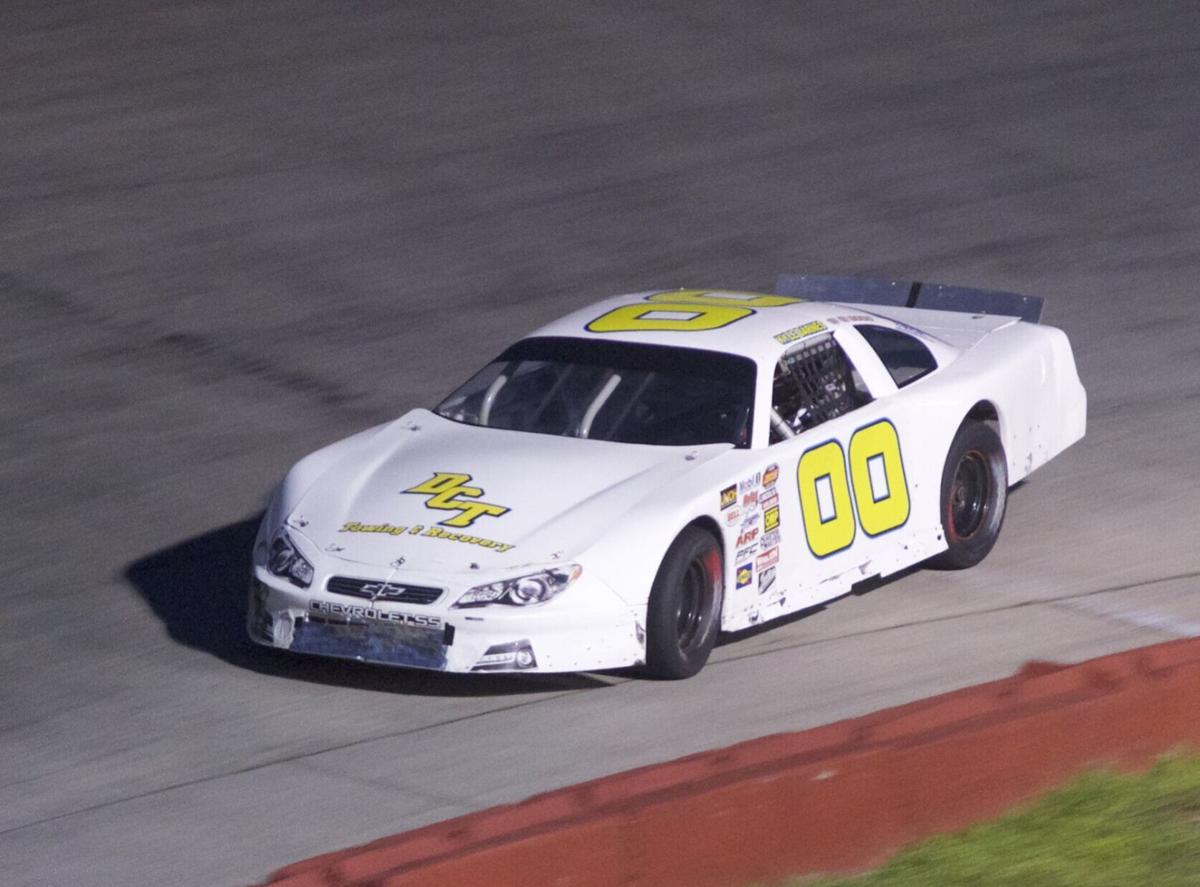 Kyle Barnes scored his fifth Sportsman win of the season on Friday night at Kingsport Speedway. 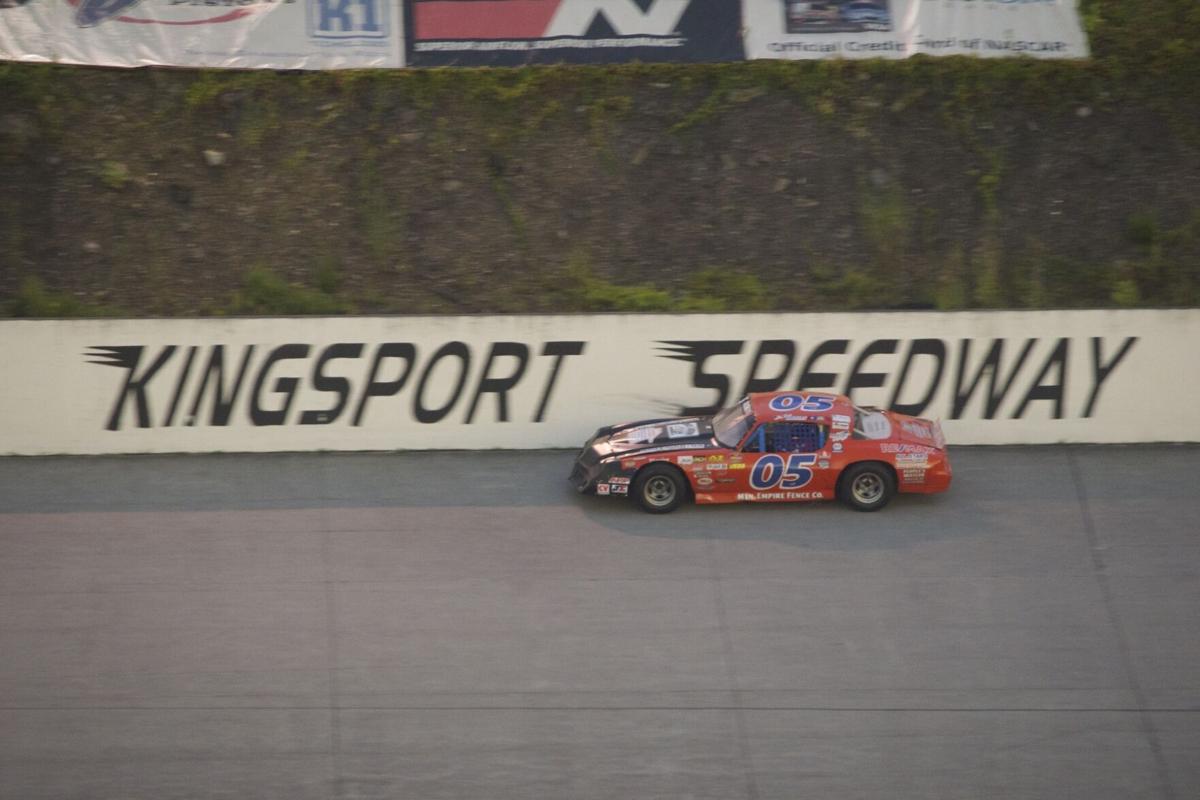 Tony Dockery races down the backstretch on his way to winning the first of two Pure Street features Friday night at Kingsport Speedway.

Kres VanDyke takes a victory lap after his fifth consecutive win and sixth overall at Kingsport Speedway on Friday night.

Nik Williams (32) goes for a spin after contact from Brad Housewright in Friday's Late Model Stock feature at Kingsport Speedway.

Kyle Barnes scored his fifth Sportsman win of the season on Friday night at Kingsport Speedway.

Tony Dockery races down the backstretch on his way to winning the first of two Pure Street features Friday night at Kingsport Speedway.

KINGSPORT — Kres VanDyke is crushing the competition these days at Kingsport Speedway.

The driver of the red No. 15 Chevrolet rolled to his fifth straight victory and sixth of the season Friday night in the Late Model Stock feature for the NASCAR Weekly Racing Series. Pulling away from runner-up Bryson Dennis on a lap-34 restart, VanDyke won by a full straightaway at the end of the 60-lap feature.

VanDyke, a two-time track champion from Abingdon, has been nearly unstoppable on the 3/8-mile concrete oval since former champion driver Wade Day has taken over as his crew chief.

“The car is like a dream. I’ve never had a car run like this,” VanDyke said. “Wade and I discussed a lot of set-ups, and the crew has worked their tails off. Everybody is giving 110% effort, and all these wins are for them, my parents, my wife and all the fans here. All the way around, it’s just amazing to be a part of this. I’m just along for the ride.”

It is a fast ride for sure.

Dennis, driving the No. 6 Chevrolet usually piloted by Hayden Woods, emerged from a hard-fought battle to finish second. He started the race on the pole before surrendering the lead to Keith Helton on lap 4. VanDyke took over the top spot 10 laps later.

Although the race was slowed by a couple of caution periods, Dennis didn’t have anything for VanDyke.

“It was anybody’s race except for the 15. He’s in a league of his own,” said Dennis, a Greeneville racer. “I feel like all the other cars are pretty close, and we can race them pretty good.”

The action was wild behind them, and Abingdon teenager Chase Dixon captured the third-place spot after a battle with veteran Derrick Lancaster. Dixon charged through the field after spinning out early in the race to post the strong finish.

“It was hard racing early between me and the 88 (Brad Housewright). No hard feelings about the spin, just one of those things that happens between race car drivers,” Dixon said. “It knocked the tow out a little bit, but I’m thankful to come out of here in one piece. It was good, hard racing with everybody.”

Lancaster held on for fourth, and North Carolina teenager Ashton Higgins rounded out the top five.

The two drivers ran side by side the first couple of laps in the first race of the evening before Dockery powered ahead in the No. 05 Camaro.

With the top-eight cars inverted, Austin drove to the front of the field in the second Pure Street feature. He took over the lead on lap 8 when Jay Swecker got into Jamie Meadows and both drivers got loose.

Austin took advantage, passing both for the lead. Swecker finished runner-up and Dockery was third.

Kevin Canter, driving the black No. 3 Ford with the Dale Earnhardt tribute paint scheme, took over the lead from Dennis Arnold on lap 4 of the Mod 4 feature. Once in front, he set sail over the remainder of the 25-lap feature, easily outdistancing Arnold to stay undefeated in seven races this season.

Craig Phelps raced to the front early, taking the lead on lap 2 of the Pure 4 feature and holding off Bucky Smith at the finish.

Phelps, in the No. 00 Toyota, grabbed the lead and pulled away to a sizeable lead. Smith ran him down and his No. 99 car made it to Phelps’ back bumper, finishing right behind at the end of 30 laps.

Lance Pratt finished behind the pair of Kingsport drivers in third.

Kyle Barnes, a Draper, Va., driver, grabbed the lead from Derek Lane on a lap-17 restart and drove his white No. 00 Chevrolet to a fifth Sportsman win of the season.

Lane, in the black No. 28 Chevy, powered on to finish second with Rusty Clendenin getting past Alex Miller for the third position.