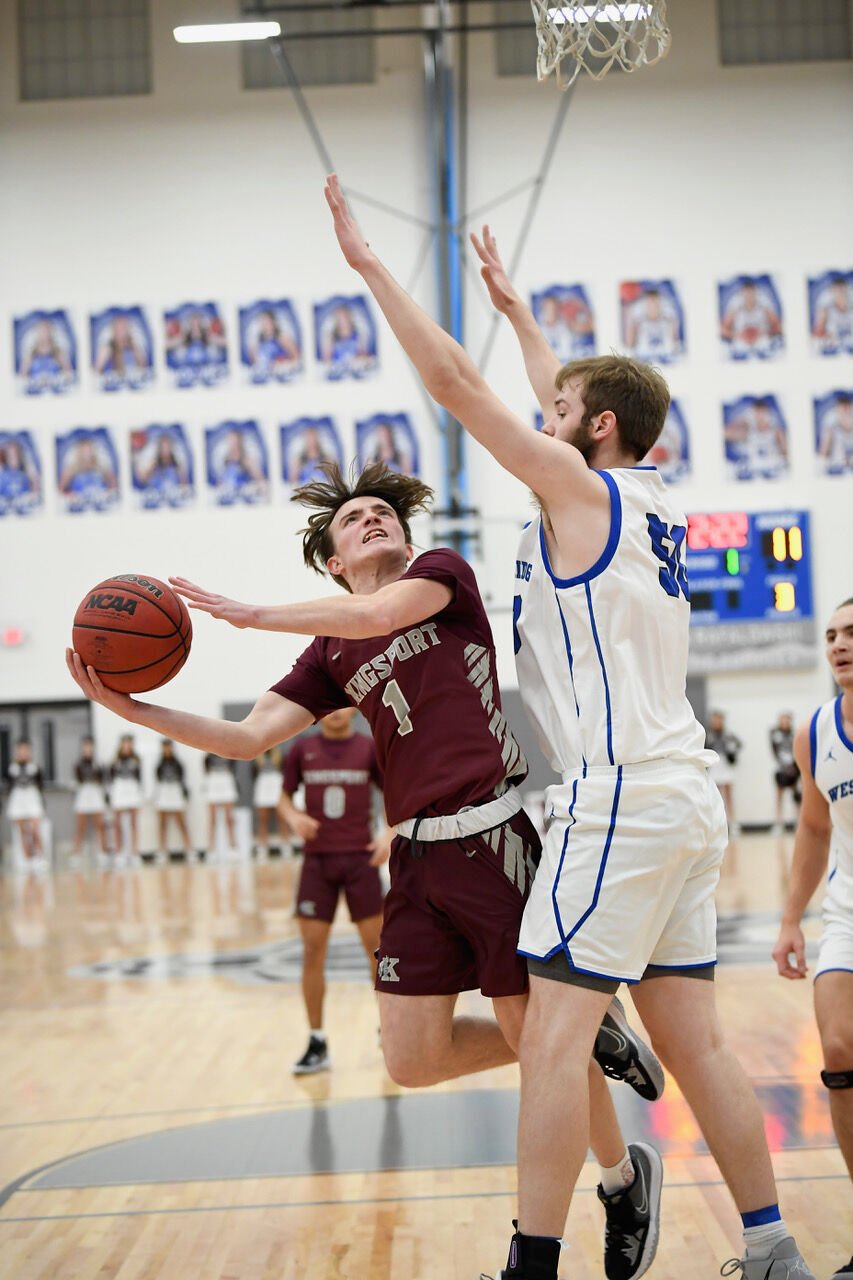 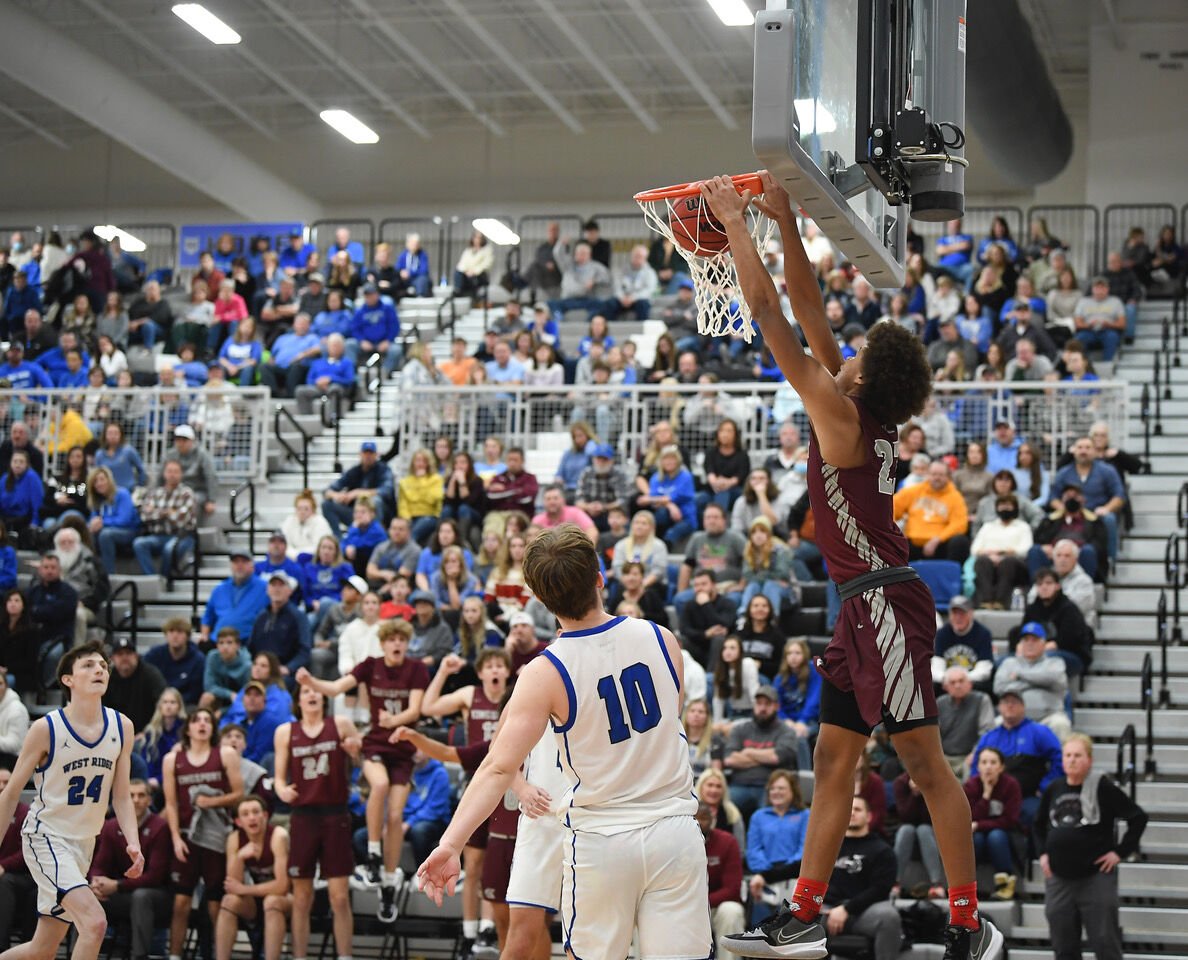 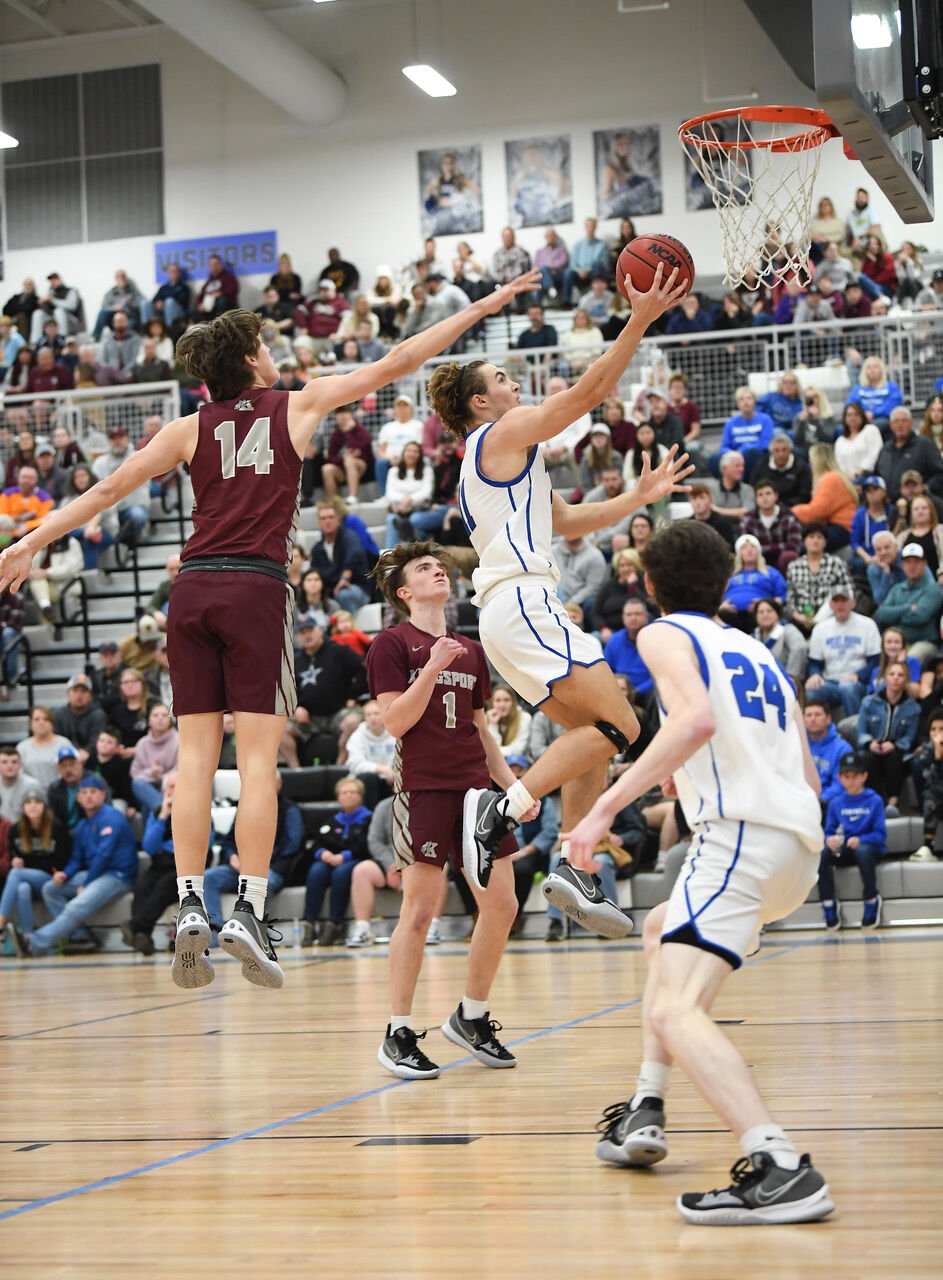 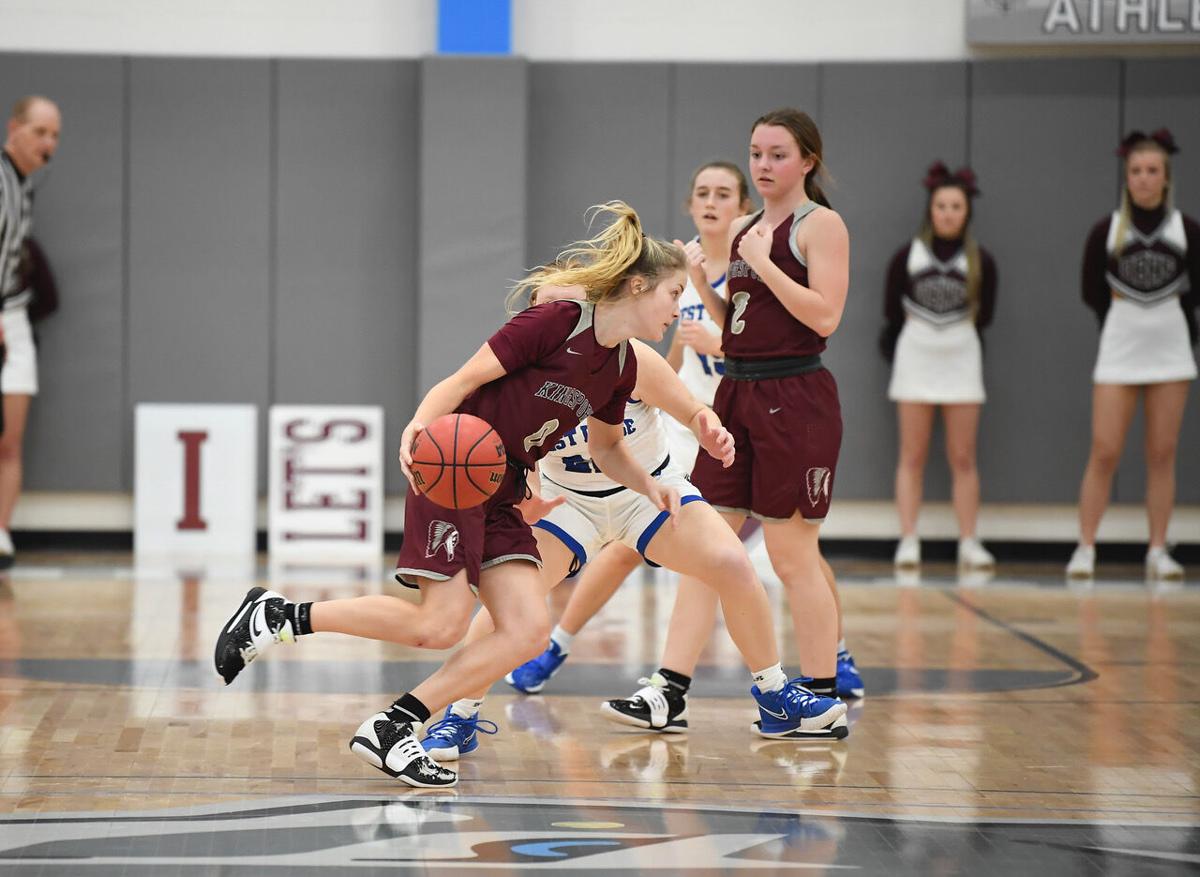 BLOUNTVILLE — The fresh-faced boys basketball program at West Ridge held up quite well in its first Big 5 Conference test, but the league’s established favorite simply had too much Friday night.

The Indians (14-4, 2-0) displayed their deep reservoir of capable scorers and used two decisive second-half spurts to take care of the Wolves (11-6, 0-1).

“One heck of an effort by our guys,” West Ridge coach John Dyer said of his first-year program. “That’s a great basketball team. Seasoned, together ... I mean, (the Indians) made the right pass at the right time and they drive the basketball and they’ve got five guys that can score.

“Our guys went toe to toe and I’m very proud. These guys haven’t played in a game like that and they played like champions. Just a couple runs that (D-B) made got us and that’s it. But they had the runs in them. They can do it.”

After obtaining a 28-27 edge at intermission, the Indians led 38-37 when they turned in a 9-2 run to gain a 47-39 advantage with 2:20 left in the third quarter. Brady Stump and McKinley Tincher both hit 3-point bombs to fuel that rally.

After the Wolves got back to within 49-45 heading into the final period, D-B put its foot down, running off a 14-2 outburst to assume total command 63-47 with 4:46 remaining.

And the damage came from everywhere, particularly with 3-pointers from Malachi Hale, Jonavan Gillespie and Jack Browder. In addition, Hale had a two-handed slam coming off a screen after Stump had produced a three-point play.

Stump led the Indians with 17 points. Browder finished with 16, and Gillespie and Carter Metz both tossed in 13.

The 6-foot-4 Browder ripped four of D-B’s 11 makes from beyond the arc and Gillespie bagged three.

Hale was held scoreless in the first half but did kick in nine points thereafter.

“Yeah, you know I love this team,” Poore said. “We’ve got a lot weapons and they are bought in to the mission. It’s a different guy every night and that’s an advantage for us.

“I was pleased with our effort. They have a good team that plays gritty, plays chippy. Tough environment, but I was pleased to come here and get a big win.”

The Lady Indians (9-8, 1-0) wiped out a 16-7 deficit after one quarter with a 20-9 spurt over the second to gain a 27-25 advantage at halftime, and they maintained control throughout most of the second half.

“They put us in a hole and we had to fight our way back,” D-B veteran coach Bill Francis said. “The credit goes to every kid who got into the game tonight.

“We’re young and we might not always do the smartest things, but these girls are always going to compete to the end and that’s what I love about them.”

Dobyns-Bennett and West Ridge tipped off a new rivalry Friday when the Kingsport rivals met on the basketball court for the first time. The Tr…