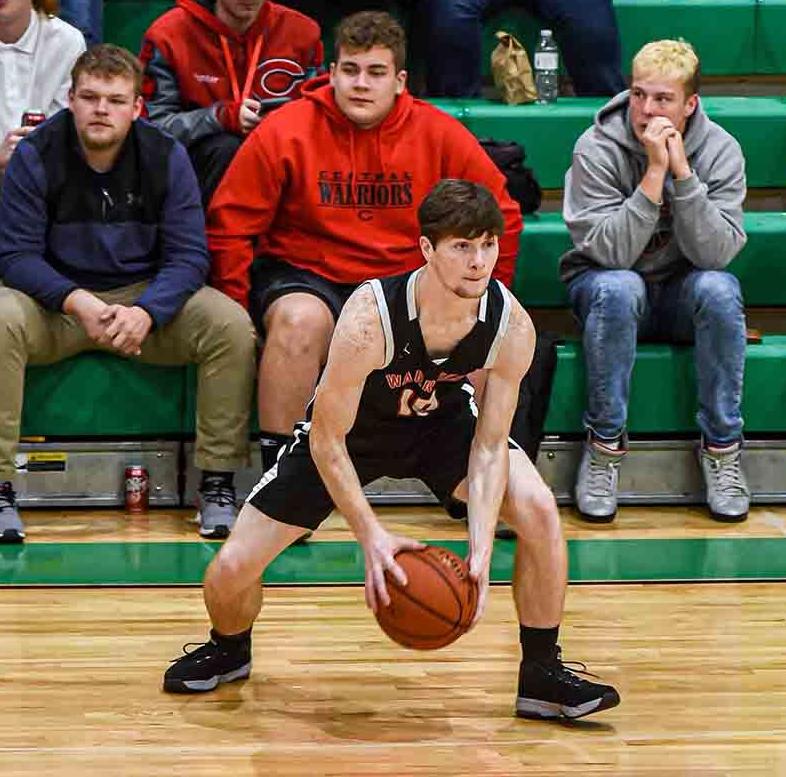 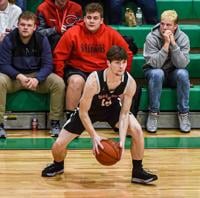 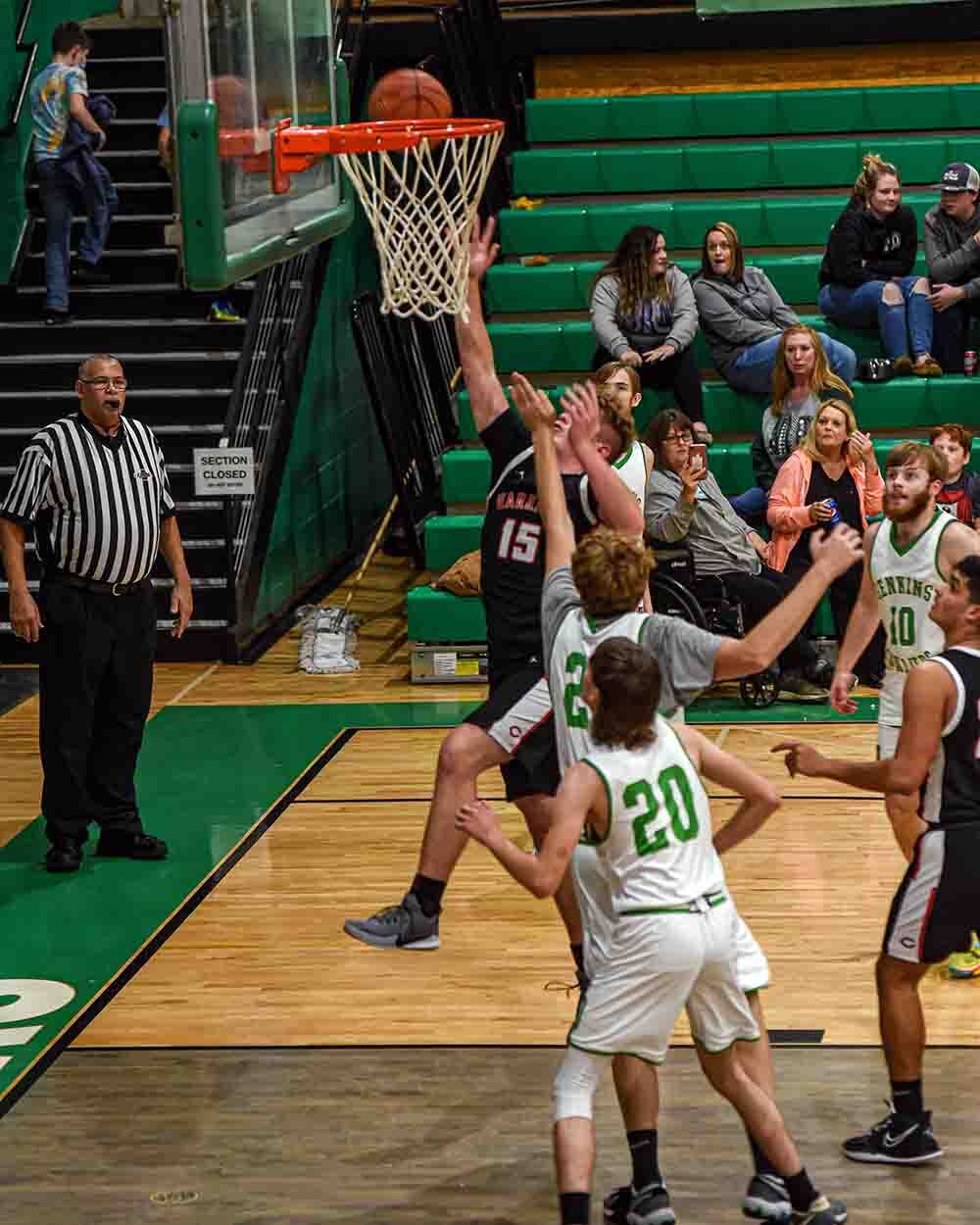 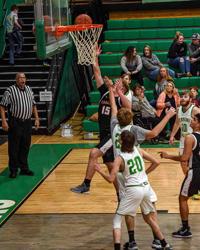 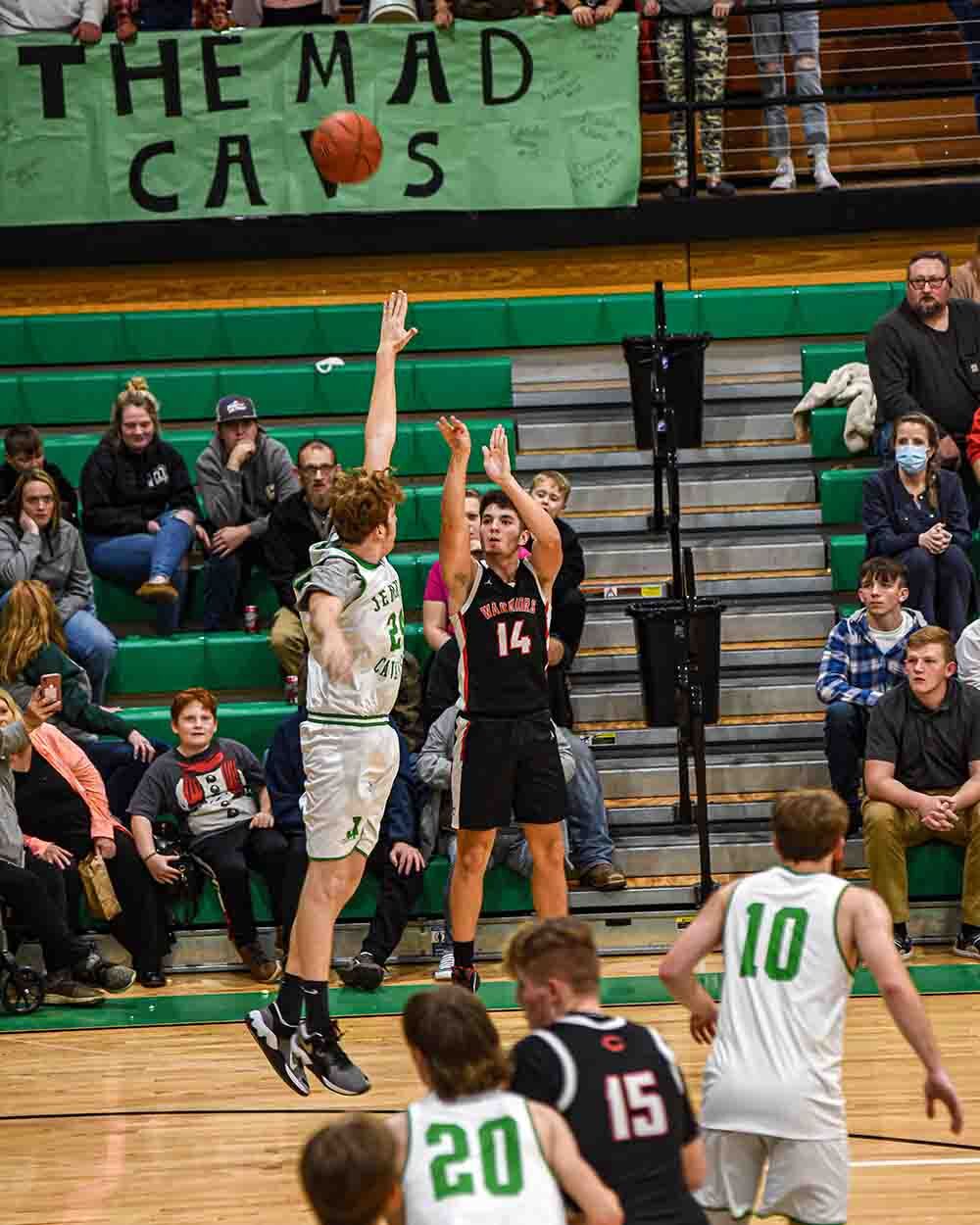 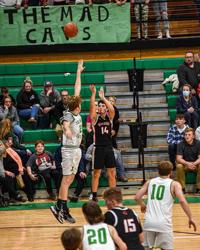 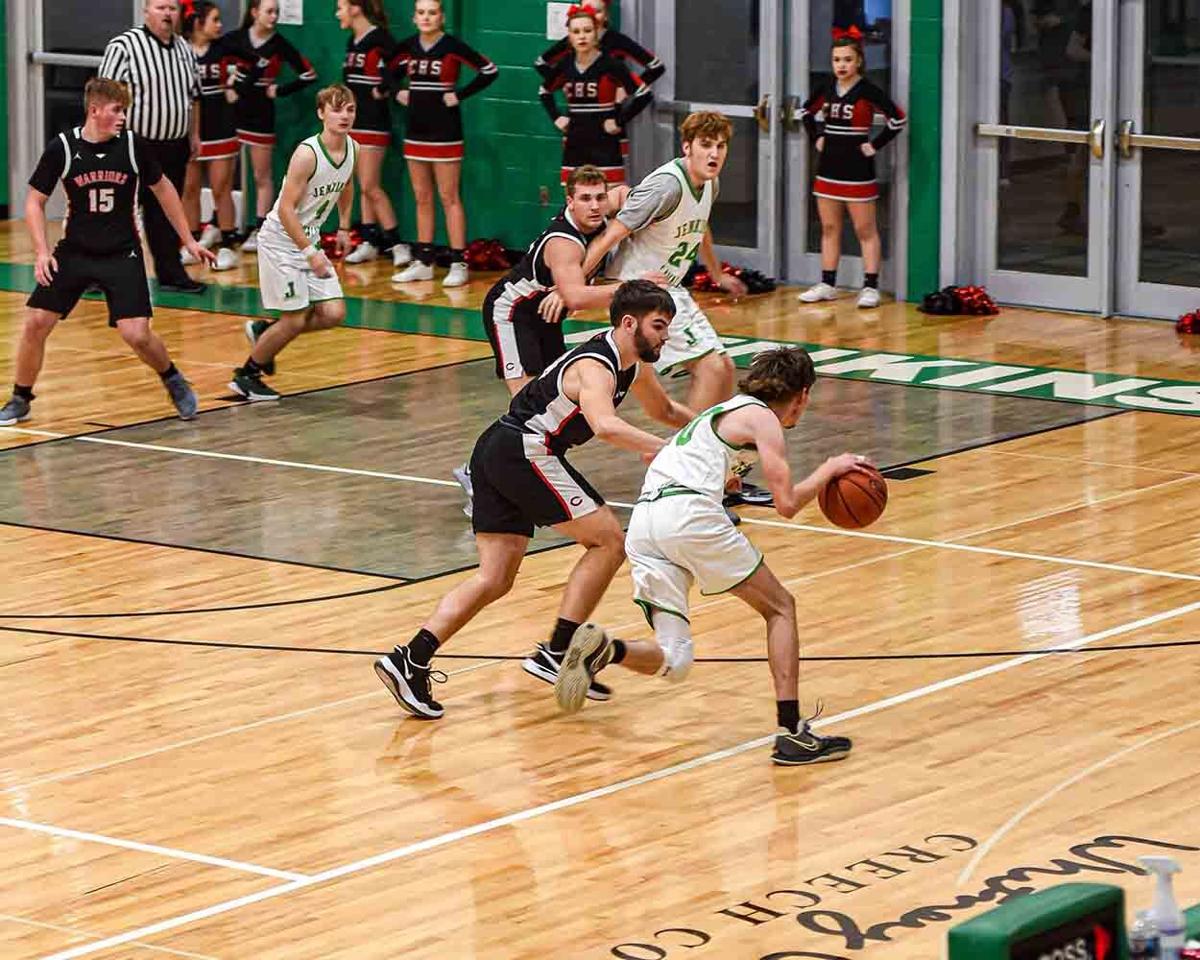 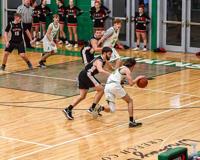 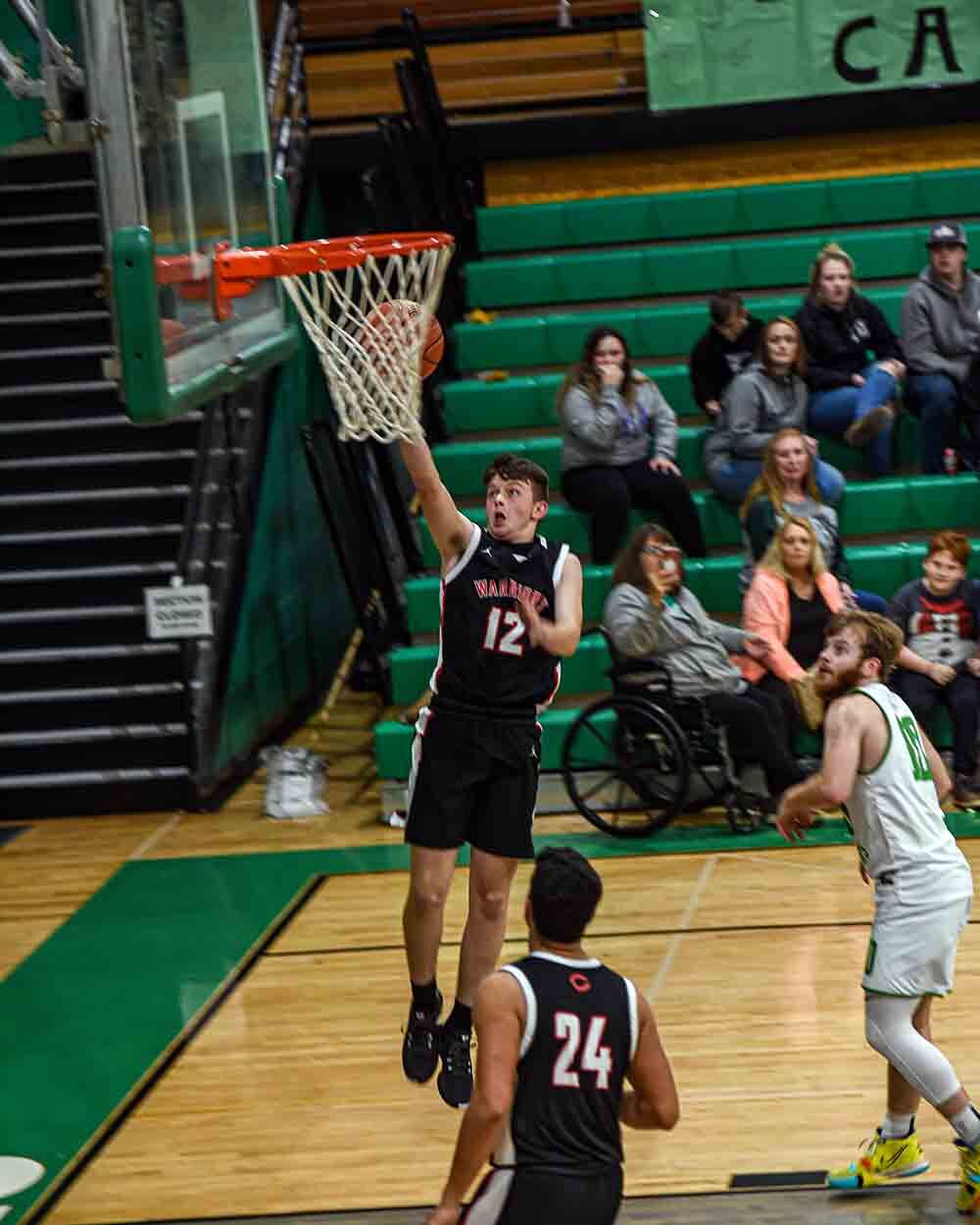 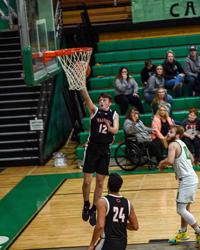 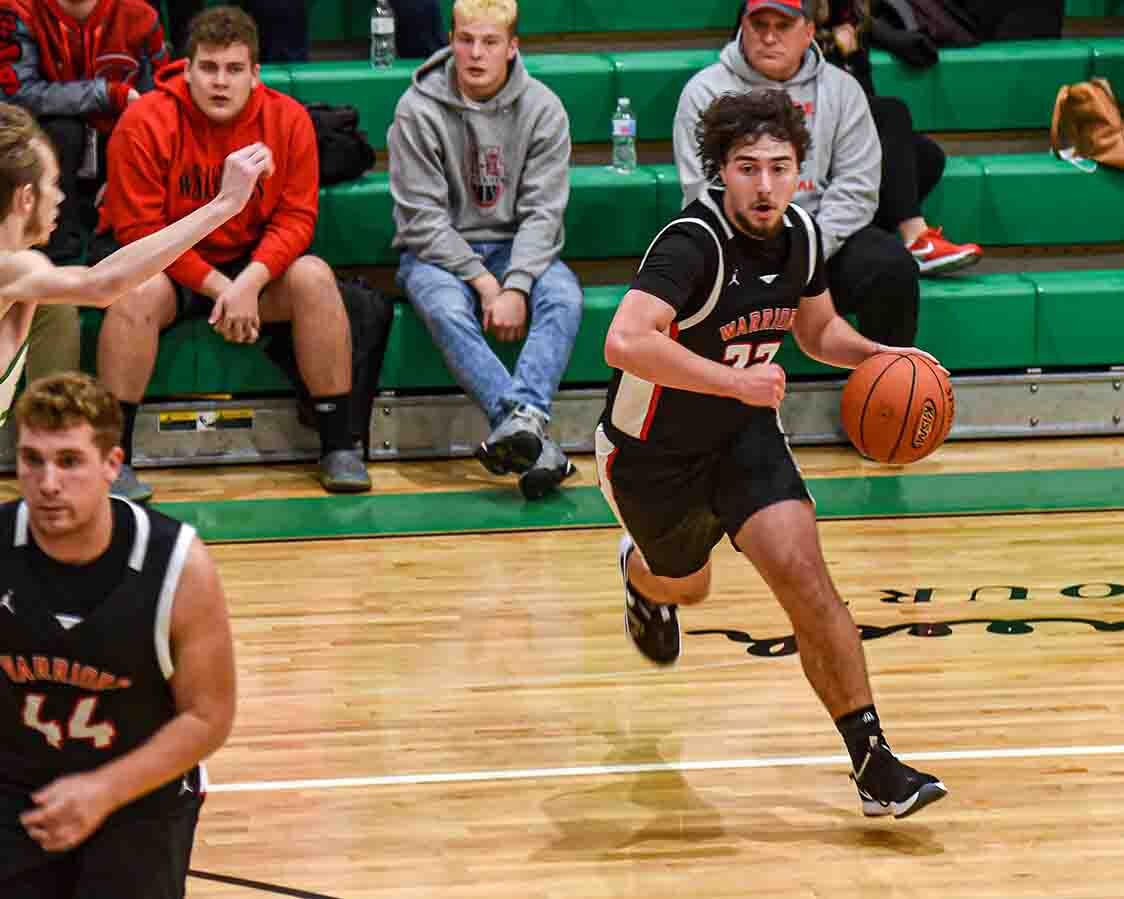 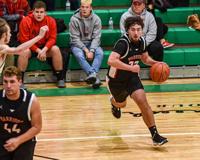 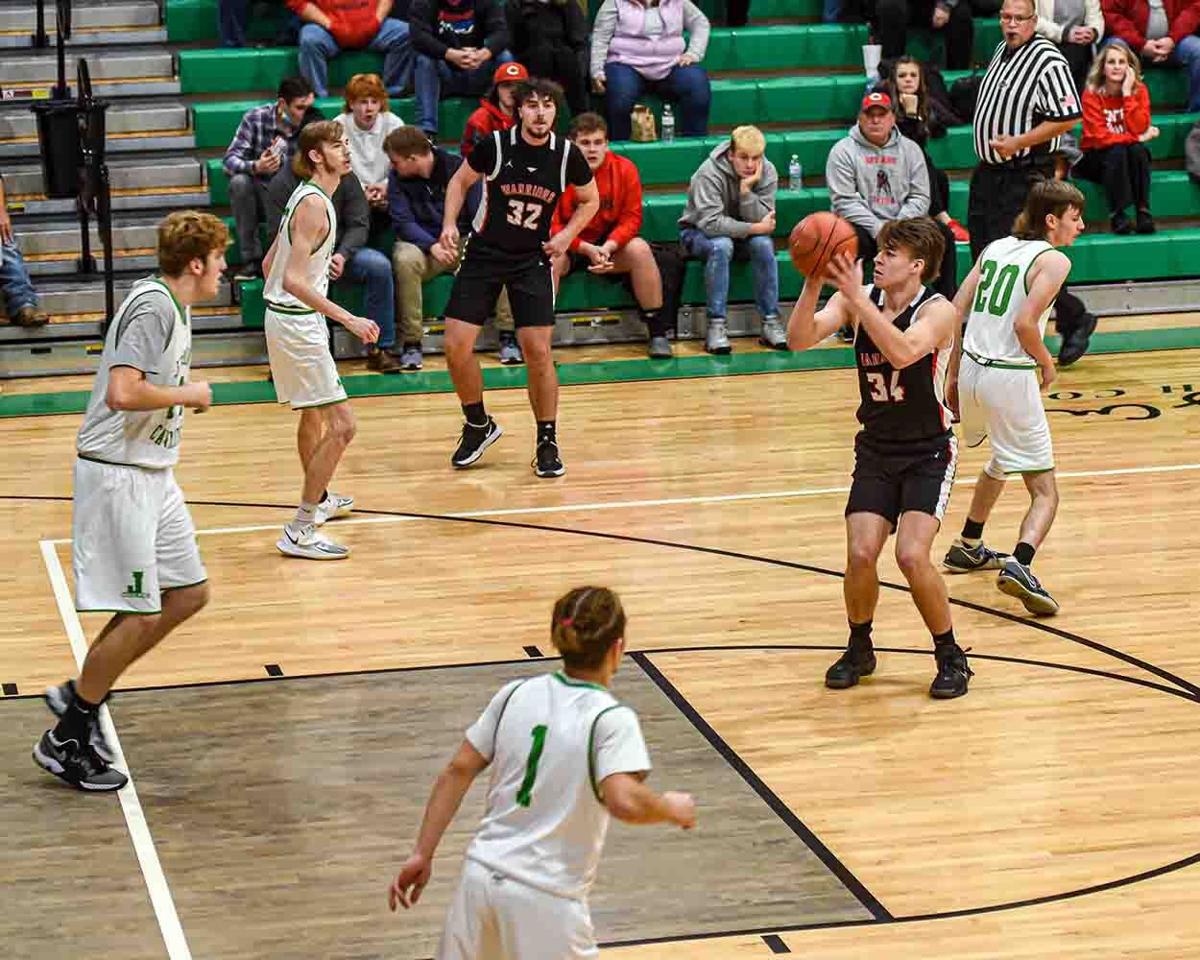 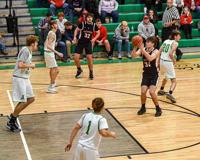 JENKINS, Ky. — Wise Central went to the Bluegrass State and scored a 71-42 boys basketball win against Jenkins on Tuesday night.

Eleven players scored for the Warriors, led by Jack England with 11 points. Parker Collins, Casey Dotson and Gavin Hall all scored nine in a balanced attack.

Austin Johnson was the leader for the Cavaliers with 15 points. Dylan Tackett tacked on nine.

COEBURN — Eli McCoy had a double-double with 13 points and 10 rebounds, also coming away with five steals in the Spartans’ nondistrict win at home.

BEN HUR — Ethan Chavez was a whirlwind of activity with 26 points, 11 rebounds and four assists in the Eagles’ nondistrict win over the Generals.

Matthew Rhoton also had a big night for Rye Cove, finishing with 23 points and nine rebounds, and Zach Baker finished with 22 points and three steals.

COUNCIL — The Blue Devils outscored the Cobras 17-3 in the third quarter on their way to the easy win.

Caleb Hess was the lone Council player in double figures with 12 points.

NORTON — Abigail Absher scored the last of her 18 points with 13 seconds left, hitting the game-winner for the Lady Raiders in their nondistrict matchup with the Lady Bears.

Kaylee Jenkins and Anyah Hollinger each added 10 points in the Burton triumph.

BRISTOL, Tenn. — The Lady Warriors rolled to a 45-16 halftime lead and routed the Lady Vikings.

BEN HUR — The Lady Generals won a thriller over the Lady Eagles.

Drew Cox racked up 15 points and Madison Jessee finished with 10 in the win. Chloe Calton pulled down nine rebounds and Tate Cox came through with seven steals.

CLINTWOOD — A force on both ends of the court, Hailey Sutherland had 17 points, nine rebounds and six blocks in the Lady Wolfpack’s nondistrict win.

Caylee Sykes had a dozen points, Hadaya Abshire ended with eight and Brooklyn Frazier dished out four assists for Ridgeview.

COEBURN — Madison Looney hit for 25 points and Jessi Looney scored 21 to lead the Lady Golden Wave to the win on the road.

Up by five points at halftime, Grundy was able to separate from the Lady Spartans with a 21-14 third quarter.

CUMBERLAND GAP — Lakin Burke hit 11 of 16 shots from the field in a 28-point performance for the Lady Pioneers.

Patricia Bigge had 18 points and eight rebounds and Tenley Jackson accounted for 11 points in the win.

CASTLEWOOD — Bailee Varney scored 11 points to lead the Lady Devils over the Lady Cobras in the defensive standoff.

Montana Sutherland was the next-highest scorer with six.

RICHLANDS — The Lady Falcons pulled away from a one-point halftime lead to beat the Lady Tornado. on the road

BRISTOL, Va. — Anna McKee and Kara Kelley each scored 16 points to lead the Lady Trojans over the Lady Bearcats.