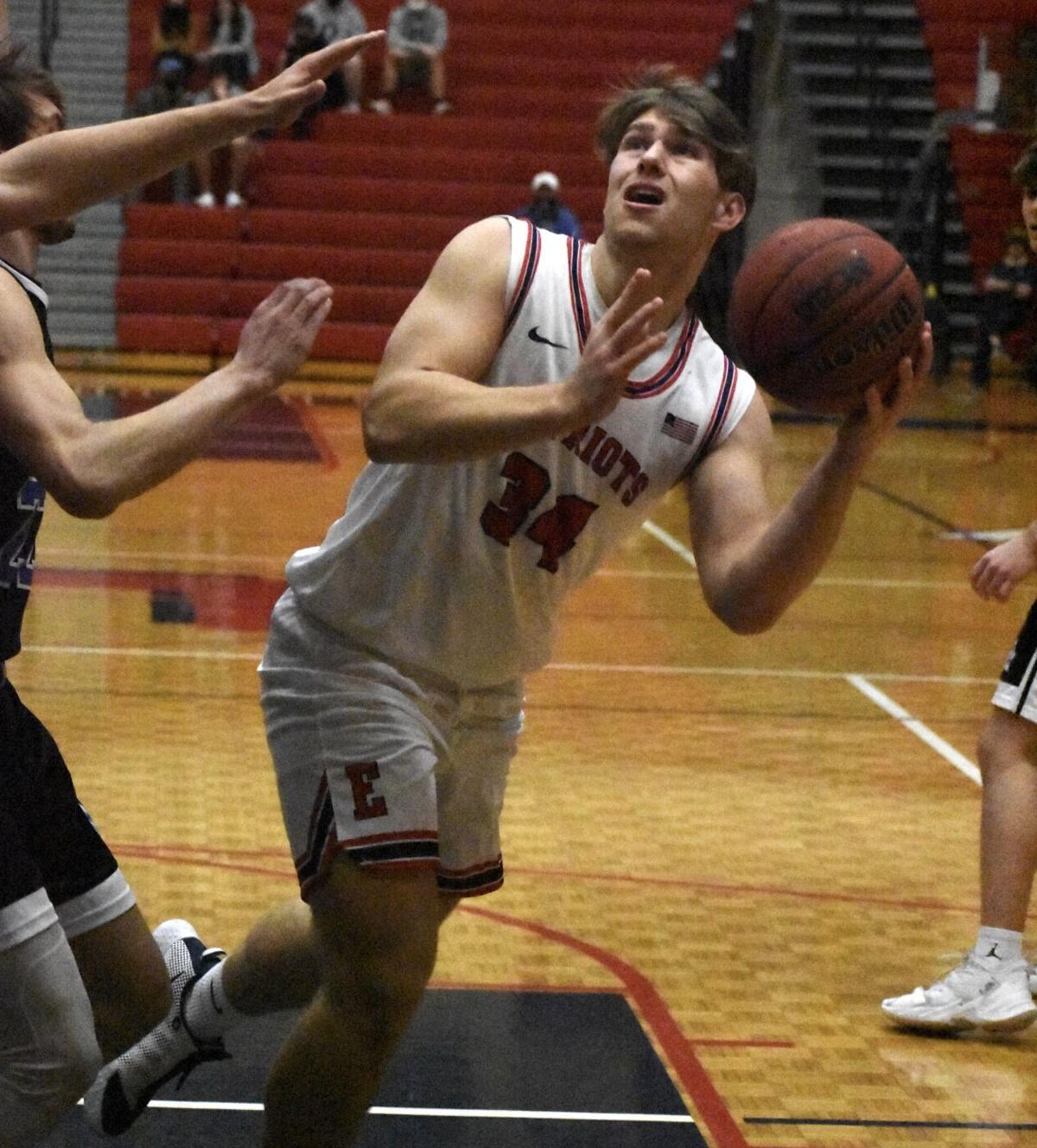 Sullivan East’s Dylan Bartley (34) tries to get off a shot off as he falls to the floor during Saturday’s District 1-AA tournament semifinal game at the Dyer Dome in Bluff City. 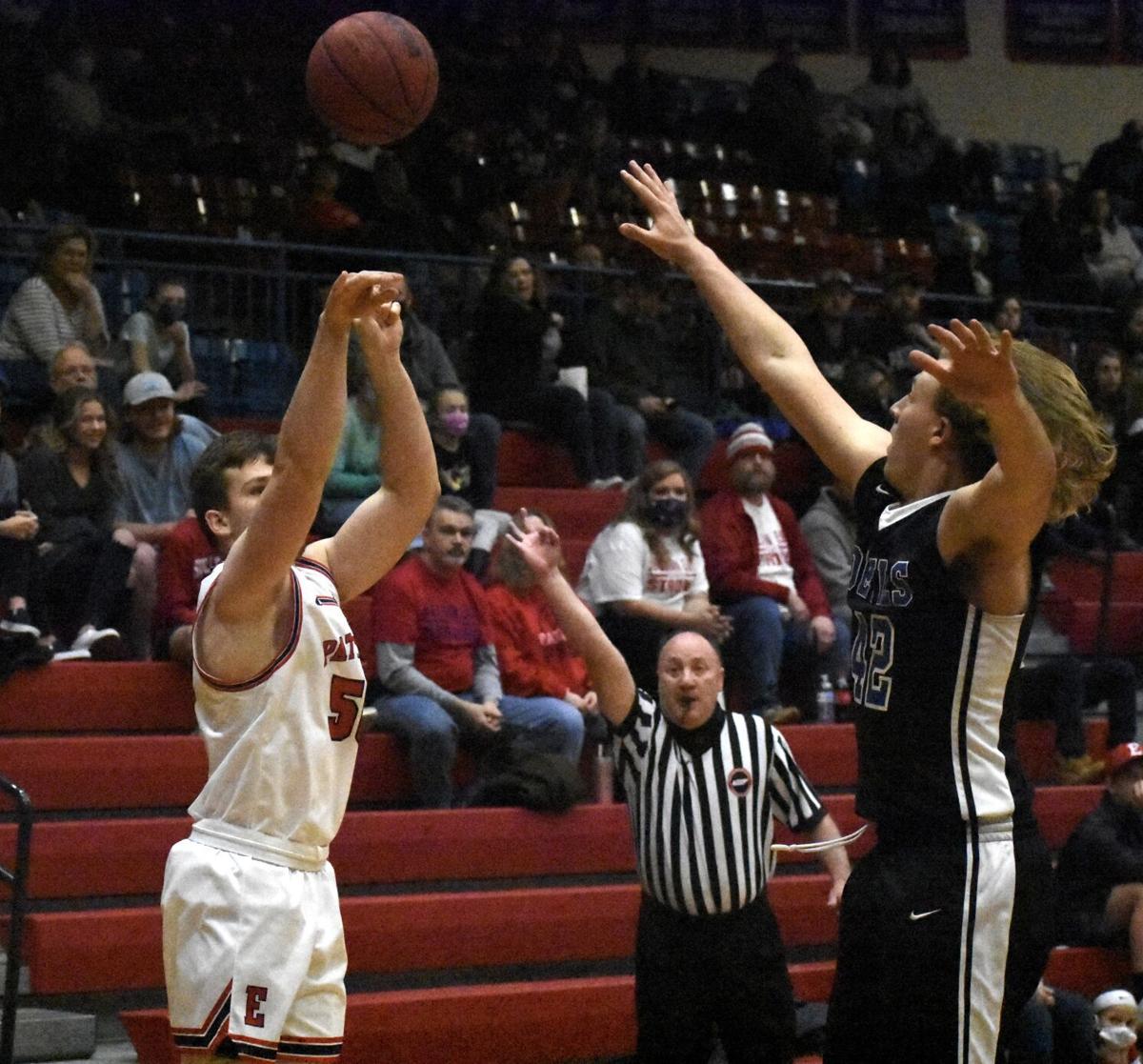 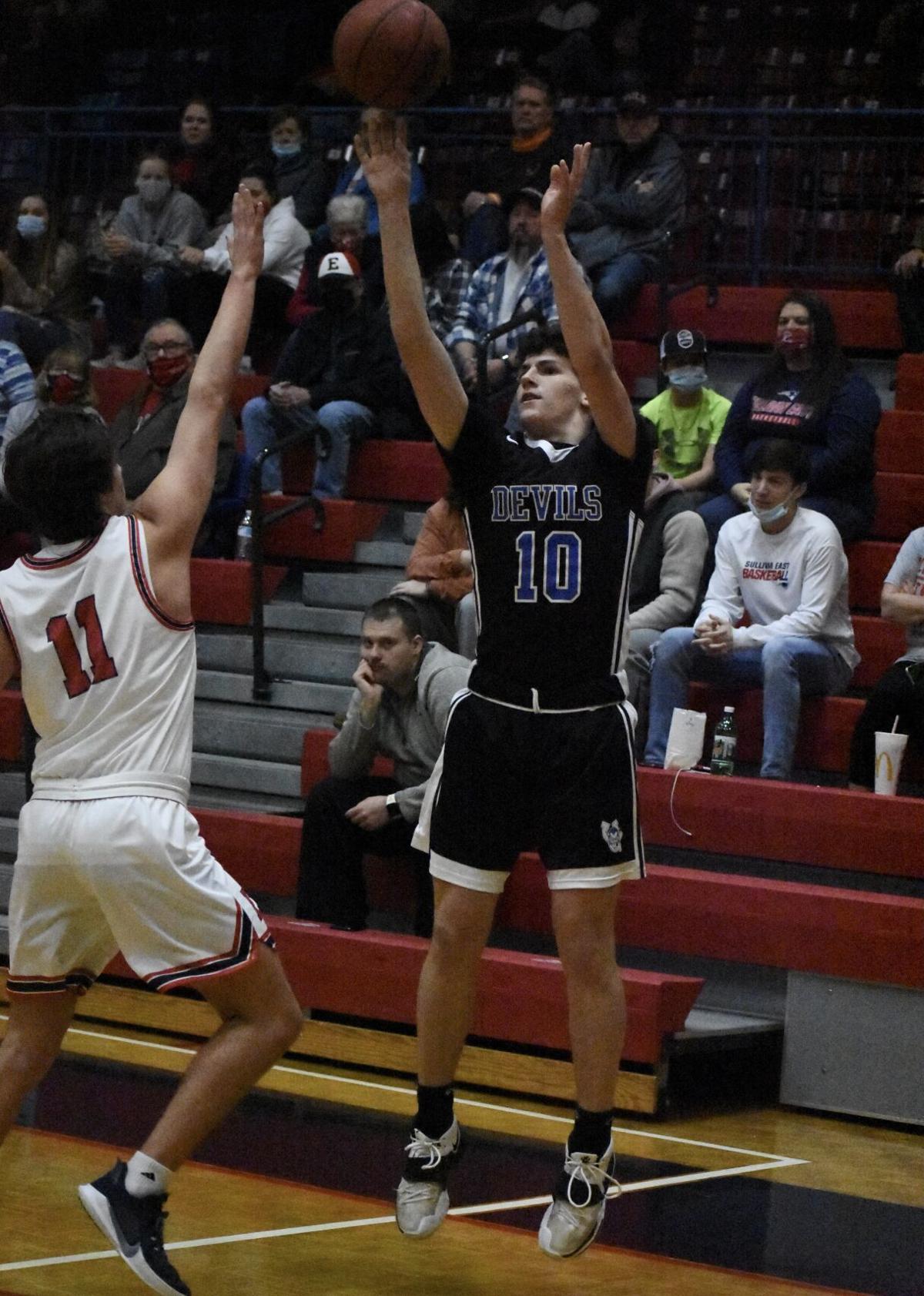 Sullivan East’s Dylan Bartley (34) tries to get off a shot off as he falls to the floor during Saturday’s District 1-AA tournament semifinal game at the Dyer Dome in Bluff City.

The Patriots (21-6) hit their first six 3-point attempts to gain an early advantage, but Dillon Faver’s squad had to hold off the hard-charging Blue Devils down the stretch.

East owned a 12-point advantage with four minutes left to play, but that lead was down to five before East’s Dylan Bartley stole the ball at midcourt and converted on a layup with just over 1:30 to go.

“We were on the ropes a little bit, but we got a turnover and weathered the storm,” Faver said. “It’s about finishing and I thought we let them back in a little bit.”

Bartley led East with 28 points on 8-for-18 shooting from the field and an 8-of-12 effort from the free-throw line.

The Patriots, who will meet Elizabethton in Tuesday’s district final, had three others in double figures. Ethan Bradford finished with 15 points, Clayton Ivester contributed 12 and Braden Standbridge threw in 10.

“I’m proud of my guys for hanging in there at the end,” Faver said. “I’m proud of Clayton Ivester with how he battled, taking three charges. Those are huge plays for our basketball team. Any win, even an ugly one, is a great win.”

After being outscored 21-6 over a six-minute stretch spanning from the second quarter into the third, Unicoi County (16-13) climbed back in the game thanks to good foul shooting and timely 3-pointers.

The Blue Devils made 12 of 13 from the charity stripe in the fourth, but the late mistake ruined their momentum.

“We tried to run a set and we just didn’t execute and ended up turning the ball over,” Unicoi coach John Good said. “I thought our effort was great. When you have 20 turnovers, you’re not going to beat the ‘Sisters of the Poor.’ ”

Robbie O’Dell and Lucas Slagle each had 16 points to lead Unicoi County.

Grant Hensley and Tyler Clouse both contributed 10 to the Blue Devils’ cause. Unicoi shot 24-for-55 from the floor.

“Everybody that got in the game competed,” Good said. “We didn’t come over here just to say we were here. We thought we had a chance to win.

“They’re good and you can’t make any mistakes when you play good teams.”