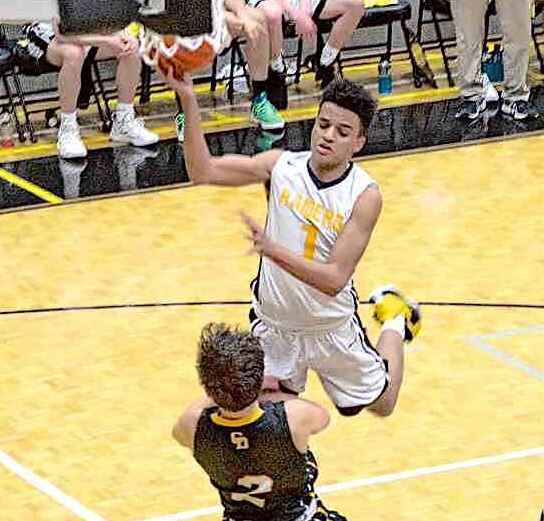 Sullivan North’s Trey Williams goes in for a layup during last year’s Christmas tournament in Kingsport. Williams led the Golden Raiders in scoring with an average of 14 points per game. 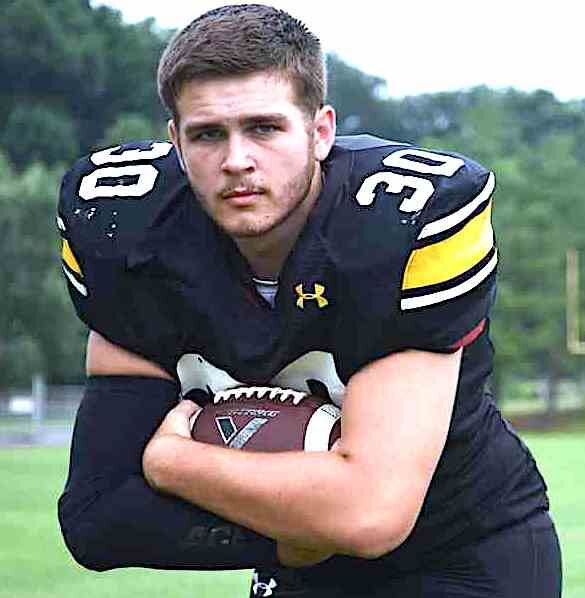 Sullivan North’s Trey Williams goes in for a layup during last year’s Christmas tournament in Kingsport. Williams led the Golden Raiders in scoring with an average of 14 points per game.

EDITOR’S NOTE: This is part of a series of year-in-review stories focusing on the top achievements by area high schools in the 2019-20 athletic season.

A football season that showed promise was followed by good moments in boys and girls basketball, giving Sullivan North reasons to look back fondly on last year’s athletic accomplishments.

Out of the gates, the Golden Raiders were on a roll in football.

Preston Patrick’s squad knocked off Sullivan Central, Johnson County and Cosby, but harder times came with three losses in the next four games.

When it seemed like the season was going nowhere fast, the Raiders turned things around with a 24-14 victory over Happy Valley.

Unfortunately, North wasn’t able to keep the momentum. One-score losses to Sullivan East and Cloudland were followed by a first-round Class 2A playoff loss to Oneida. The Raiders finished with a record of 5-6.

Yancy Dolen and Dale Potter were the leading rushers for the Raiders, with each totaling over 750 yards on the season. Austin Hartsock added over 600 yards and scored a team-high 10 touchdowns.

Potter and Tristan Jobe were the team’s leading tacklers, and Potter tied for the Northeast Tennessee lead with four interceptions.

North found pockets of success throughout the season.

They started 3-1 and took a record of 9-5 into the new year. After losing three straight to start January, the Golden Raiders punched up five wins in six games.

Then came the two toughest defeats of the regular season. The Raiders lost 53-51 to Hampton and 80-79 to North Greene, both Watauga Valley Conference heartbreakers coming at home.

Finishing the last week of the regular season with a win over Tri-Cities Christian and a loss to Class AA power Sullivan South, the Raiders faced Cloudland in the District 1-A tournament. With the score tied at 43 in the final seconds, a foul sent Cloudland’s Bentley Gilbert to the free-throw line. He made both tosses to end North’s season at 16-14.

Christian Hill had 15 points in that season- ender, and he averaged 10.5 points and a team-high 6.5 rebounds. For the year Trey Williams led North with 14 points per game, and Isaiah Pruitt totaled 10.5 a game.

Nine games into the season, the Lady Raiders had a reason to smile. They were 4-5 and coming off a Watauga Valley win over University High.

They were competitive in a loss at Hampton to start the new year, and later added wins over Clinch and two against Tri-Cities Christian.

In the first round of the District 1-A tournament, there was a buzz as the Lady Raiders pulled within two points of Hampton midway through the fourth quarter. But the Lady Bulldogs pulled away and ended North’s season.