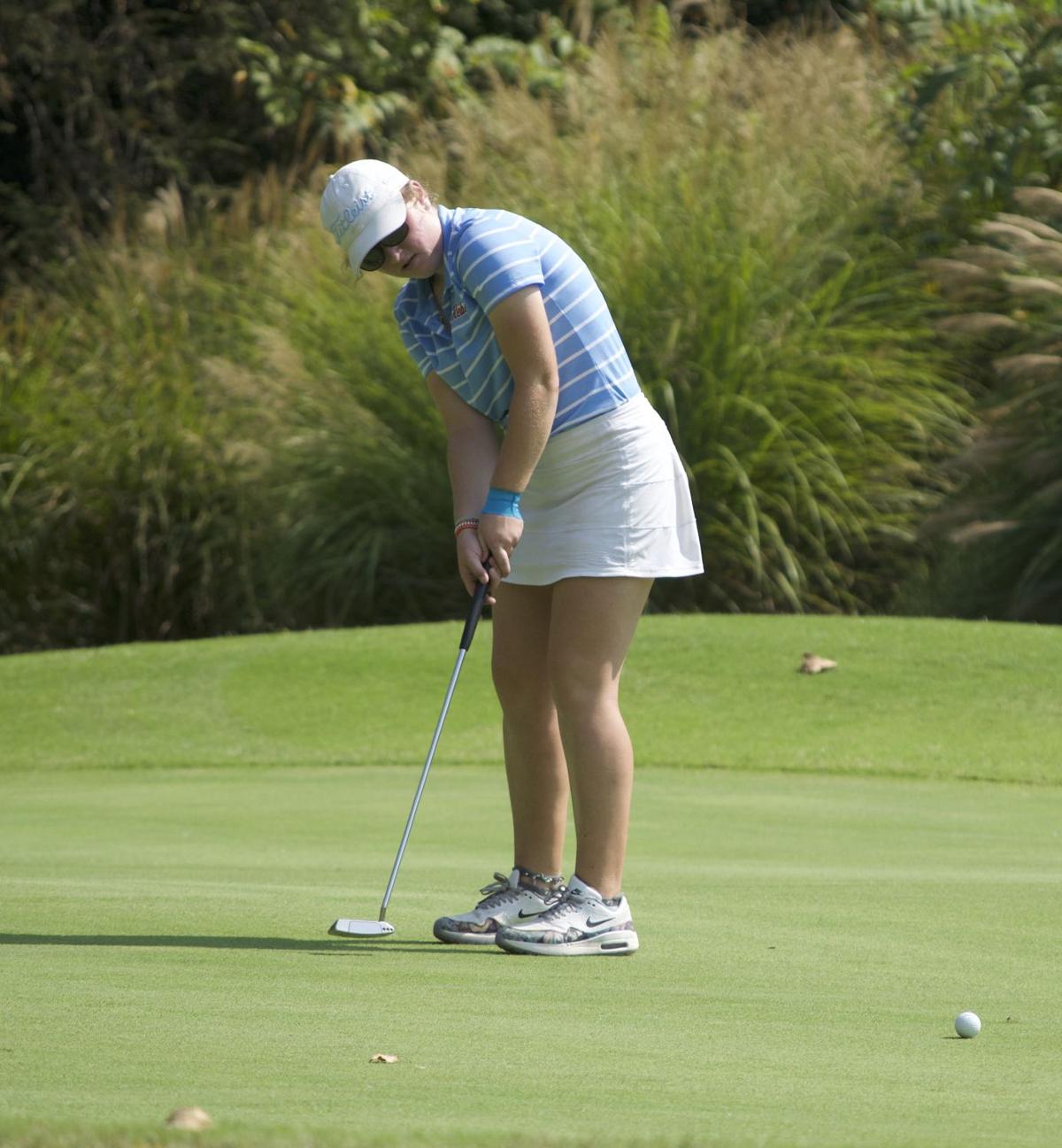 Sullivan South’s Kara Carter sinks a putt on No. 9 on her way to capturing girls medalist honors Monday in the District 1 Large Schools tournament at Ridgefields in Kingsport. 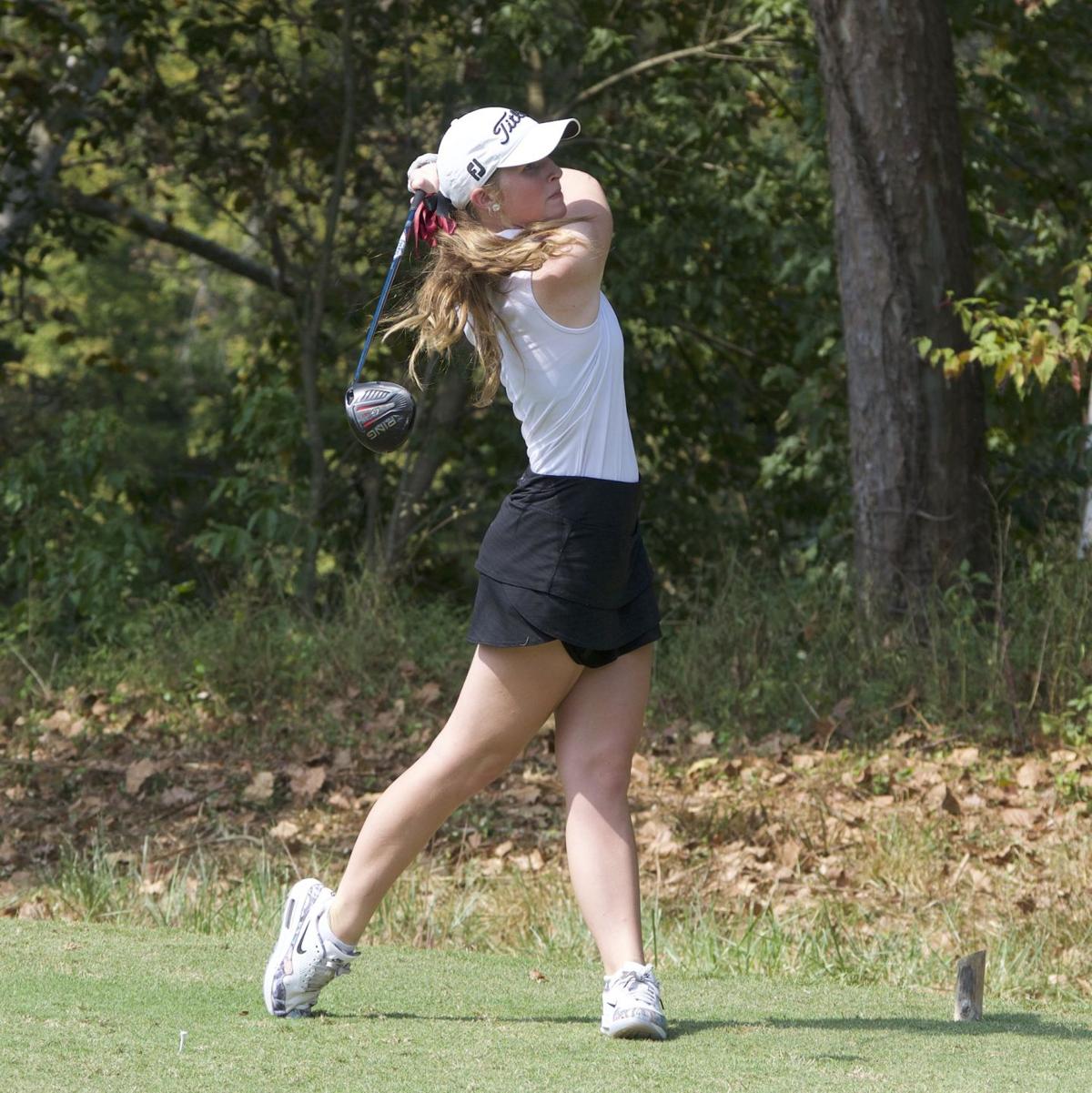 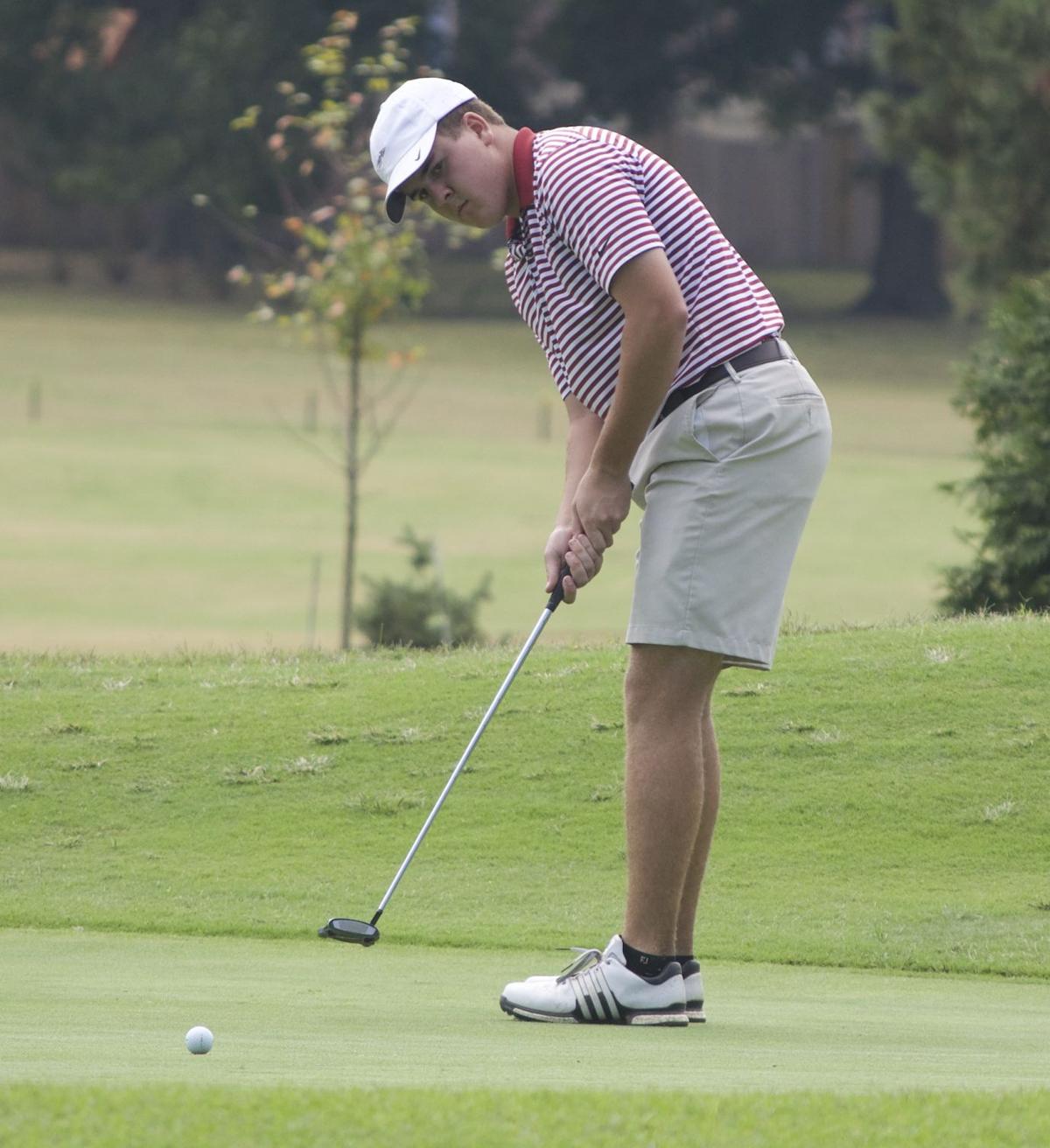 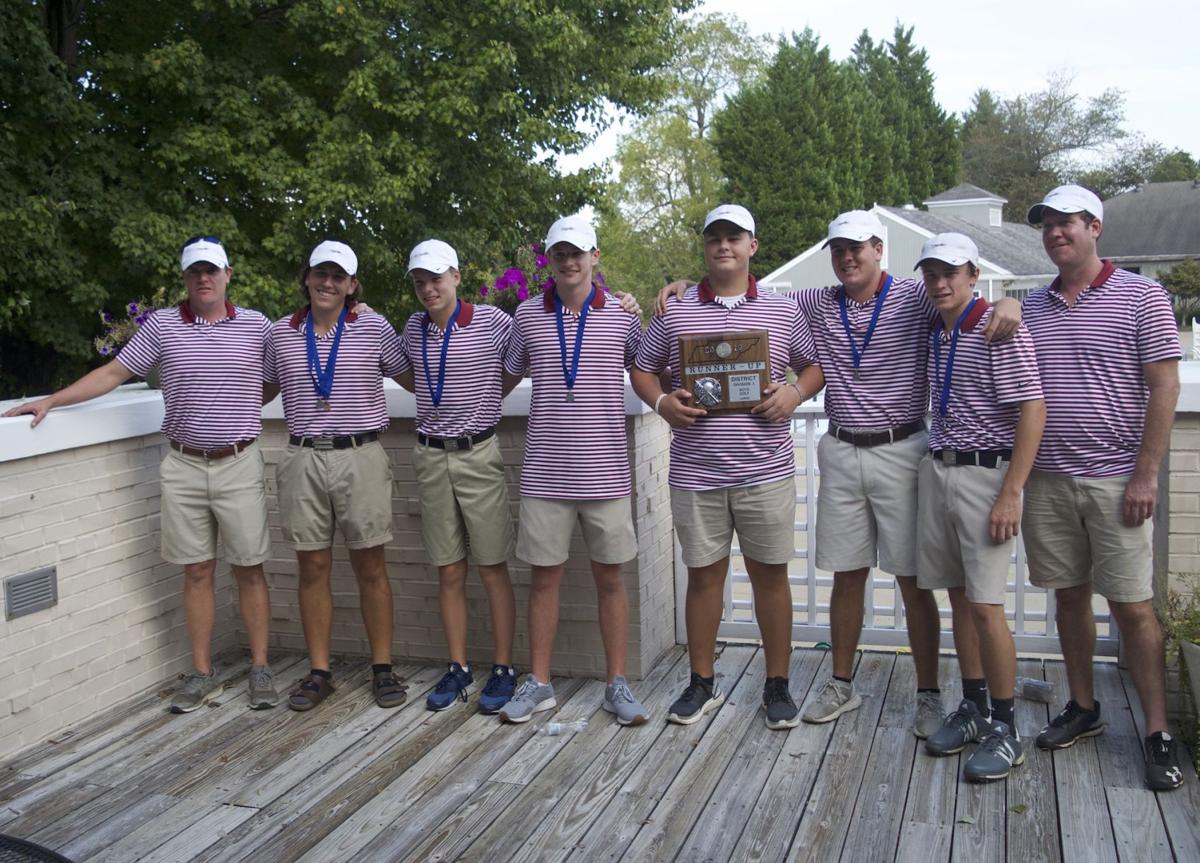 The Dobyns-Bennett boys golf team finished second Monday in the District 1 Large Schools tournament at Ridgefields in Kingsport. The Indians qualified for next week's regionals in Morristown.

Sullivan South’s Kara Carter sinks a putt on No. 9 on her way to capturing girls medalist honors Monday in the District 1 Large Schools tournament at Ridgefields in Kingsport.

The Dobyns-Bennett boys golf team finished second Monday in the District 1 Large Schools tournament at Ridgefields in Kingsport. The Indians qualified for next week's regionals in Morristown.

KINGSPORT — Neither being under the weather nor unseasonably hot weather could stop Kara Carter at Monday’s District 1 Large Schools Golf Championships at Ridgefields Golf & Athletic Club.

Despite suffering from a pesky cold, the Sullivan South junior got off to a strong start with three birdies over her first nine holes and went on to claim the individual medalist honors. Carter had five birdies total to finish at 3-under 69, three strokes ahead of Dobyns-Bennett’s Isabella van der Biest.

Monday’s finish followed a 1-2 showing by Carter and van der Biest in the Big 11 Conference championships.

“I made more birdie putts and more par putts,” Carter said of her opportunities on the green at Ridgefields. “Even though I missed a few short putts, I was able to keep it together and make the putts that I needed to. My proximity to the hole on my second shot was a lot higher than it has been.”

As a team, South finished two strokes behind winner Tennessee High, 153-155, in the overall competition. Kirstyn Moore contributed an 86 for the Lady Rebels and Erin Musick had a 90 that didn’t count toward in the team scores.

The Lady Vikings got a 75 from Madeline Simcox and a 78 from Isabella Adkins.

Third-place Dobyns-Bennett, which posted a 170, joined Tennessee High and South in advancing to next week’s Region 1 tournament at Morristown Country Club.

Two birdies and a double bogey highlighted van der Biest’s round. Erin Colhoun came through with a 98 and Natalie Seal had a 104 for the Lady Indians.

“I had a lot of pars, a really boring round,” van der Biest said. “I missed a lot of birdie putts I was expecting myself to make. I can’t complain about pars, but I was expecting to go a lot lower since this is my home course.

“I’m proud of my team. We’ve put a lot of work in and we’re excited to play in the region.”

Lunsford won a playoff over Boone teammate Jenna Branum to advance to the region.

Science Hill’s boys, who had the top two individuals, captured the team title 295-317 over runner-up Dobyns-Bennett.

Volunteer’s Jon Wes Lovelace made five birdies in his round of 73 to take third place. He said his finish came as a result of his short approach shots.

“I put some wedges close where I was able to make some birdies coming in the back nine,” Lovelace said.

“There are some good players here and it’s hard to get past here. Regionals are going to be even tougher. But I plan to play better at regionals and make it back to state like I did last year.”

D-B’s team total included William Karst’s 74, Taylor Kilgore’s 77, Zac Fletcher’s 81 and Luke Lett’s 85. Sam Barbour’s 92 didn’t count toward the team score. Karst, the team’s No. 1 golfer, was playing with a heavy heart after the death of his grandfather the night before.

“Overall, we will take it. What matters this point of the season is to survive and advance,” Indians coach Michael Holt said. “We’ve had some kids face adversity in their life today and show an immense amount of guts. I’m not just talking about the golf course. The kids battling showed a lot of guts and what they’re really about. That’s bigger than golf.”

Daniel Boone also qualified for regionals, edging Tennessee High 327-328 for third place. Noah Little had a 78, followed by John Hale and Aiden Hyder with a pair of 80s for the Trailblazers.