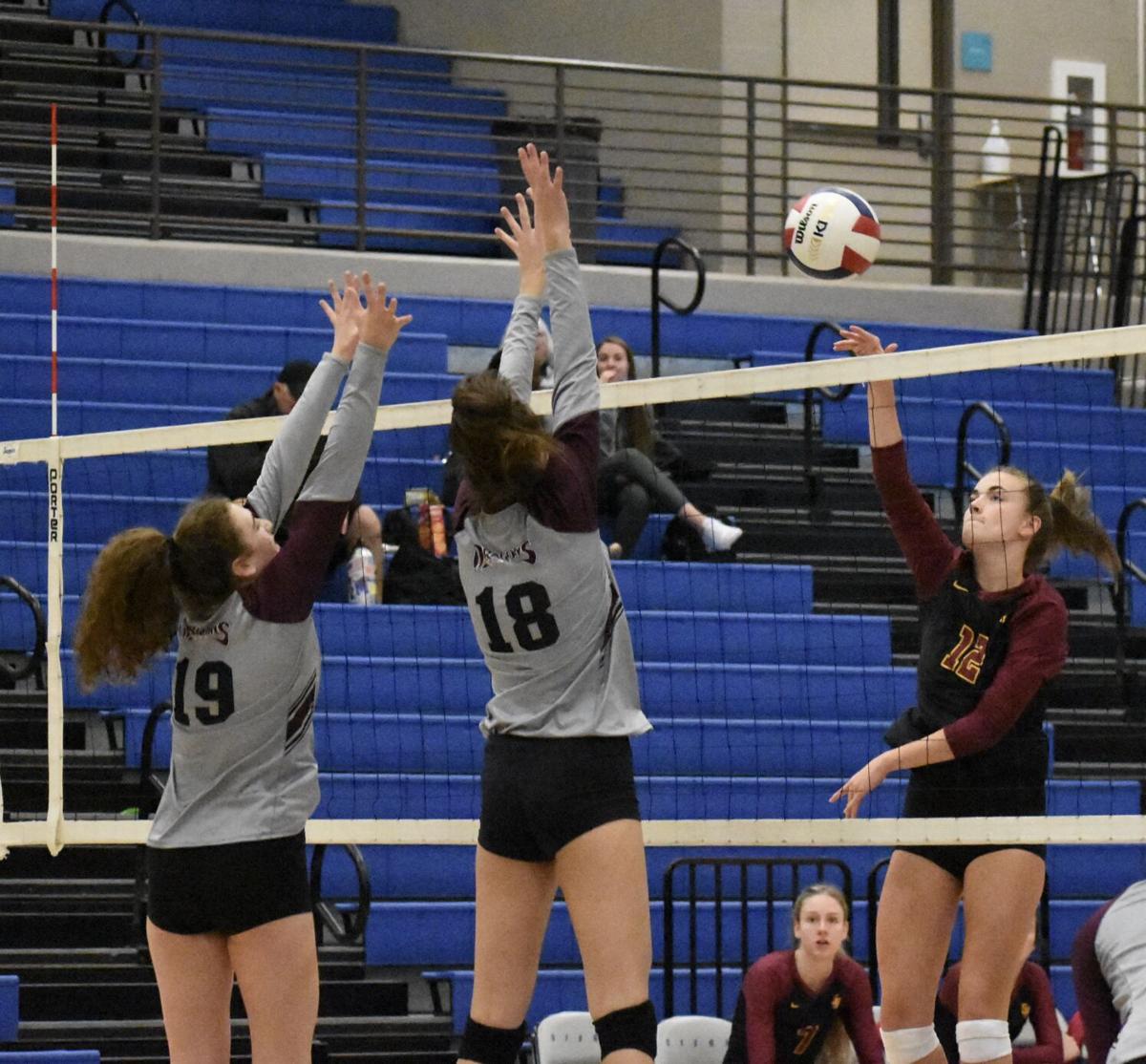 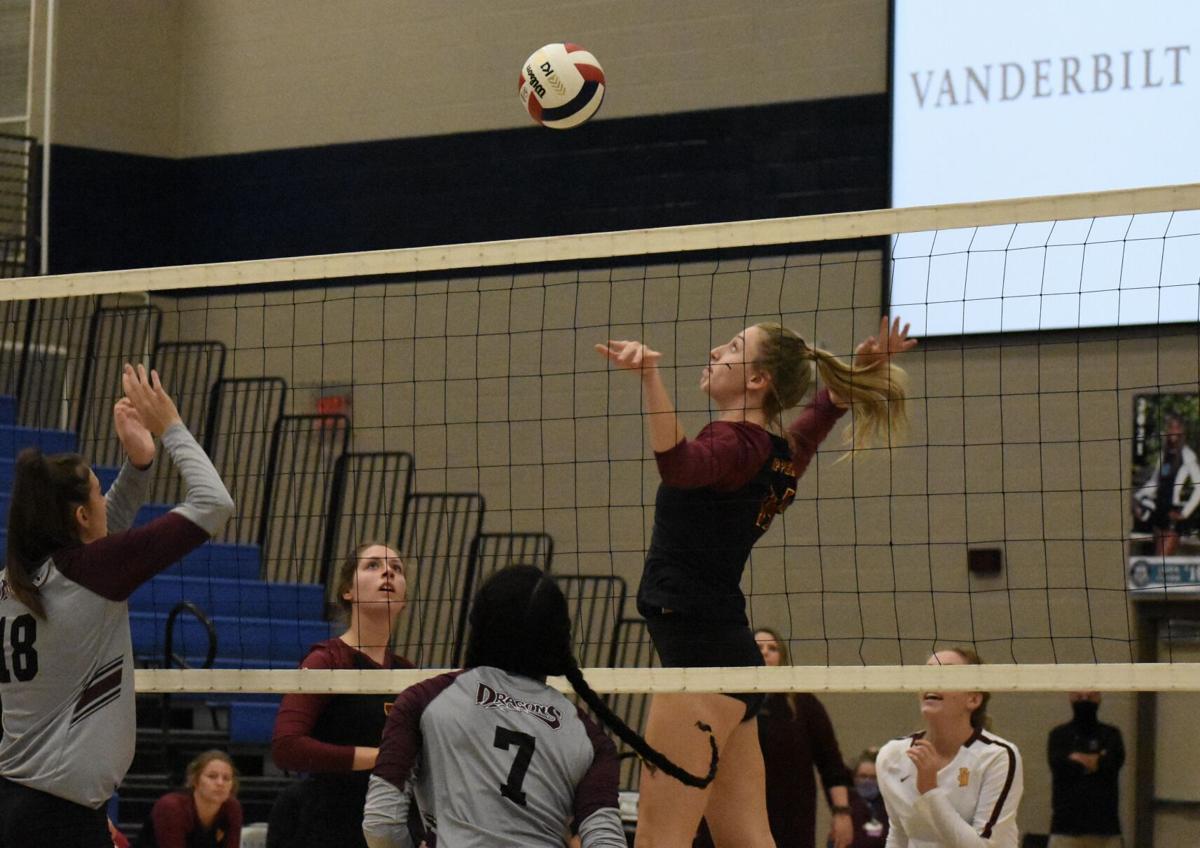 Science Hill’s Loren Grindstaff goes up for the kill Wednesday against Collierville in Murfreesboro. 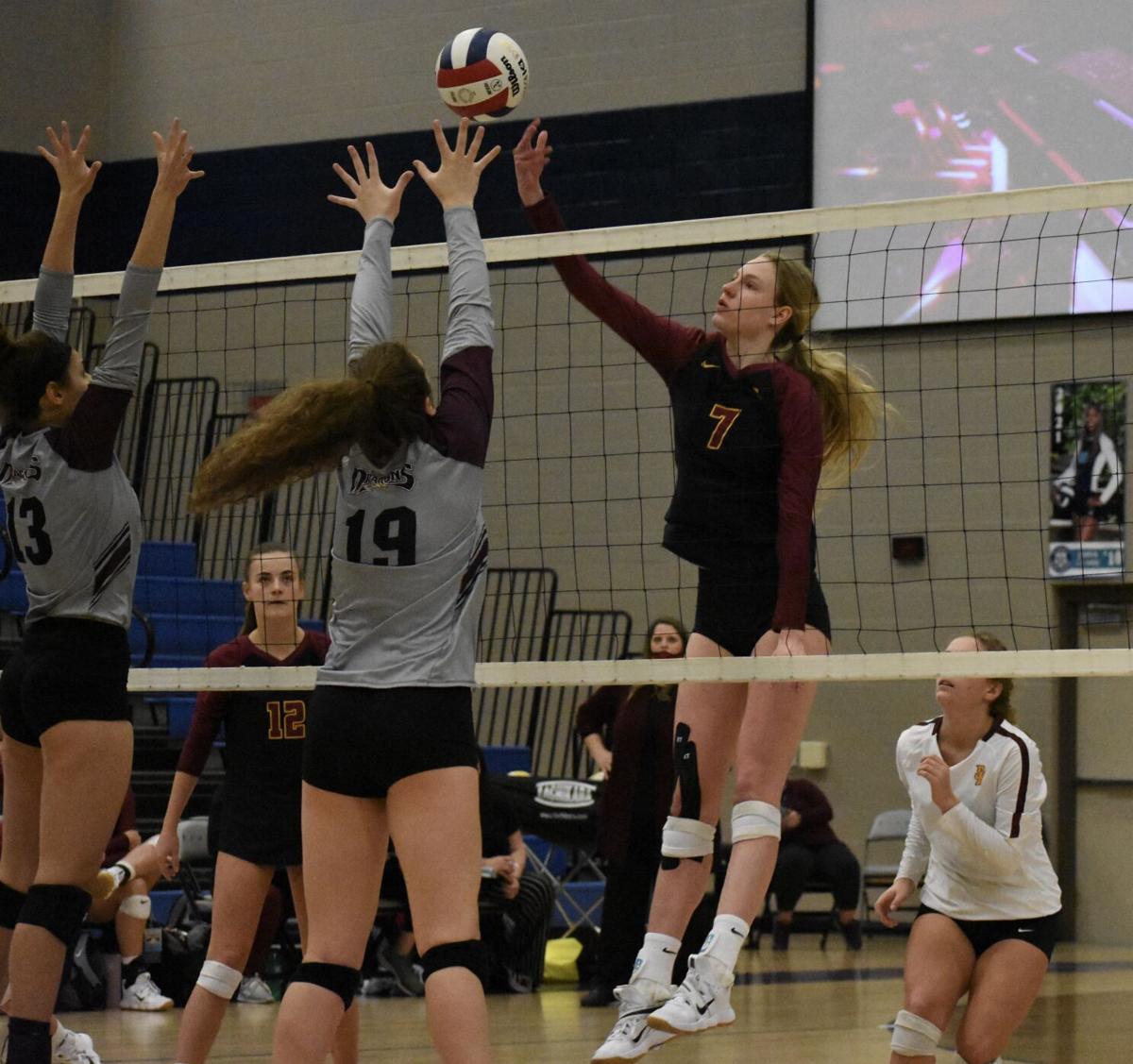 Science Hill’s Loren Grindstaff goes up for the kill Wednesday against Collierville in Murfreesboro.

MURFREESBORO — The quest for a title came to an end for the Science Hill volleyball team on Wednesday in a Class AAA tournament elimination game at Siegel High School.

Science Hill, which ended the season 28-6, got the fast start it needed but dug itself in holes each of the next three sets.

“We came out firing on all cylinders with great energy, and then I felt like sometimes things didn’t go our way,” Science Hill coach Laura Cook said. “We got in a hole, they’d rattle off quite a few points in a row and we just didn’t answer back quick enough.”

Science Hill led throughout the first set, but Collierville rallied late and took a 23-22 lead. The resilient Lady Hilltoppers fought back to win the final three points and take the set.

However, Collierville jumped out to as much as a 19-8 lead in the second set. Science Hill answered back with 9 of the next 12 points and cut the lead to 22-18.

The Lady Dragons answered back with three of the next four points and took Science Hill’s momentum for good.

For the four seniors — Jesse Franks, Loren Grindstaff, Sara Whynot and Alyssa Neal — their mark has been left on the court and record books at Science Hill.

The team achieved only its second state tournament appearance and won the district and regional tournament titles for the first time since 2007.

“We had a great season, and it’s great to know that we left a mark on Science Hill,” Whynot said. “I’ve been playing with these girls since eighth grade, and I’ve known them forever. They’re my best friends, and I’m glad that I got to spend my senior year with them.”

Grindstaff led the offense with 10 kills, and junior Jordan Hallman and Whynot each tallied nine.

“It stinks to go out this early, but we’ve made history,” Grindstaff said. “This season has been amazing. With the coronavirus, we really didn’t know if we were going to get to play at all. I’ve played with these girls for years, and it’s hard to end it this way, but they’re like family to me.”

Lexi Kalogeros and Kinley Norris each had three aces. Neal contributed 13 assists while Norris had 16.

“I’m so proud of everybody, and it’s been so much fun getting this far,” Neal said. “We’ve all played together since middle school, and we’re all so close. It’s sad that it’s come to an end.”

Captain Franks spearheaded the defense with 12 digs while Norris had eight. Kalogeros, Neal and Whynot all had seven digs. Grindstaff finished with two blocks.

“This season was absolutely awesome, and I wouldn’t trade it for the world,” Franks said. “This has meant everything to me, and I wouldn’t step on the court with anyone else. They’re all my best friends and family.”

Even though the Lady Hilltoppers lose the seniors at key positions, the future is bright as six underclassmen are back, and the junior varsity team won the district tournament.

“This is a very special group of seniors. They really started building this,” Cook said. “I can’t say enough about them. The legacy they left is that we want to make it to the state tournament.”