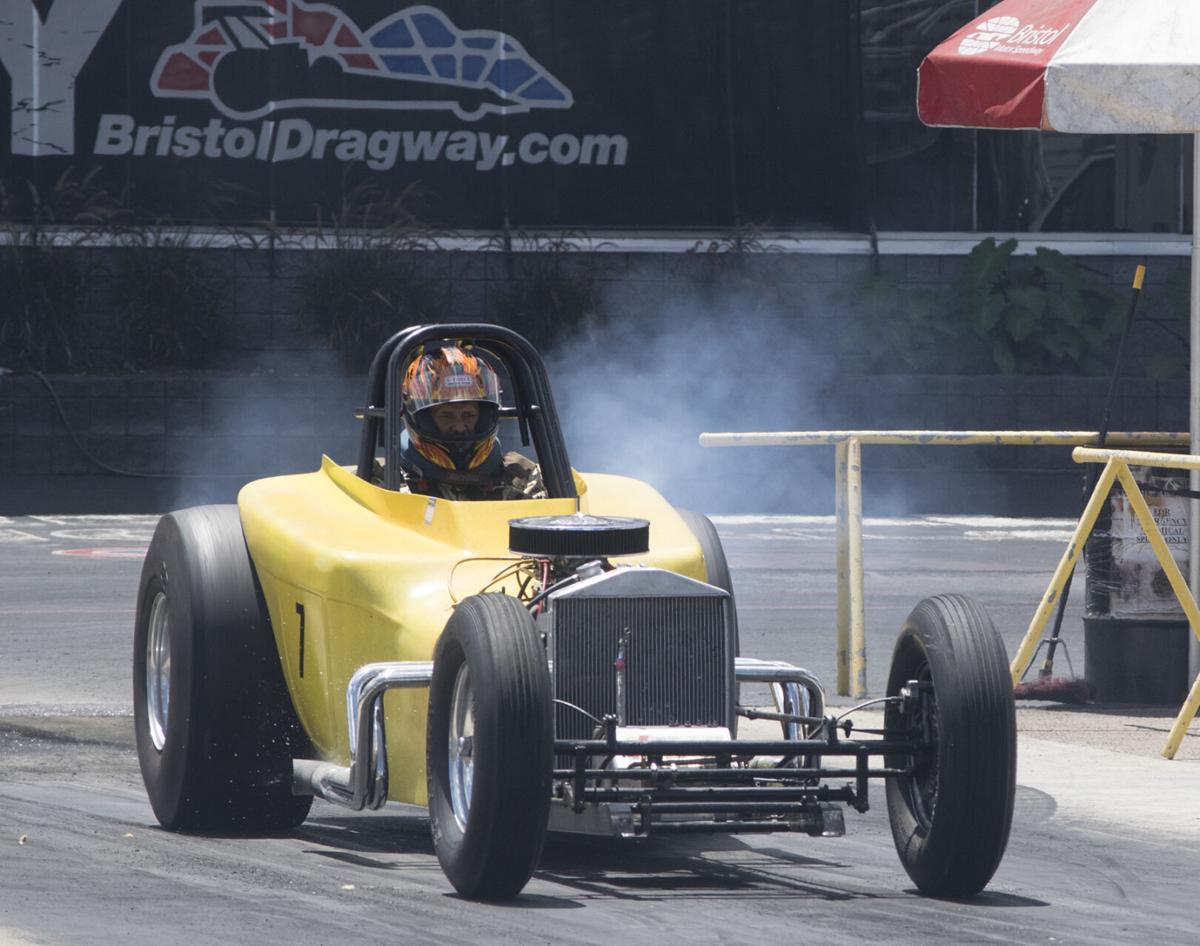 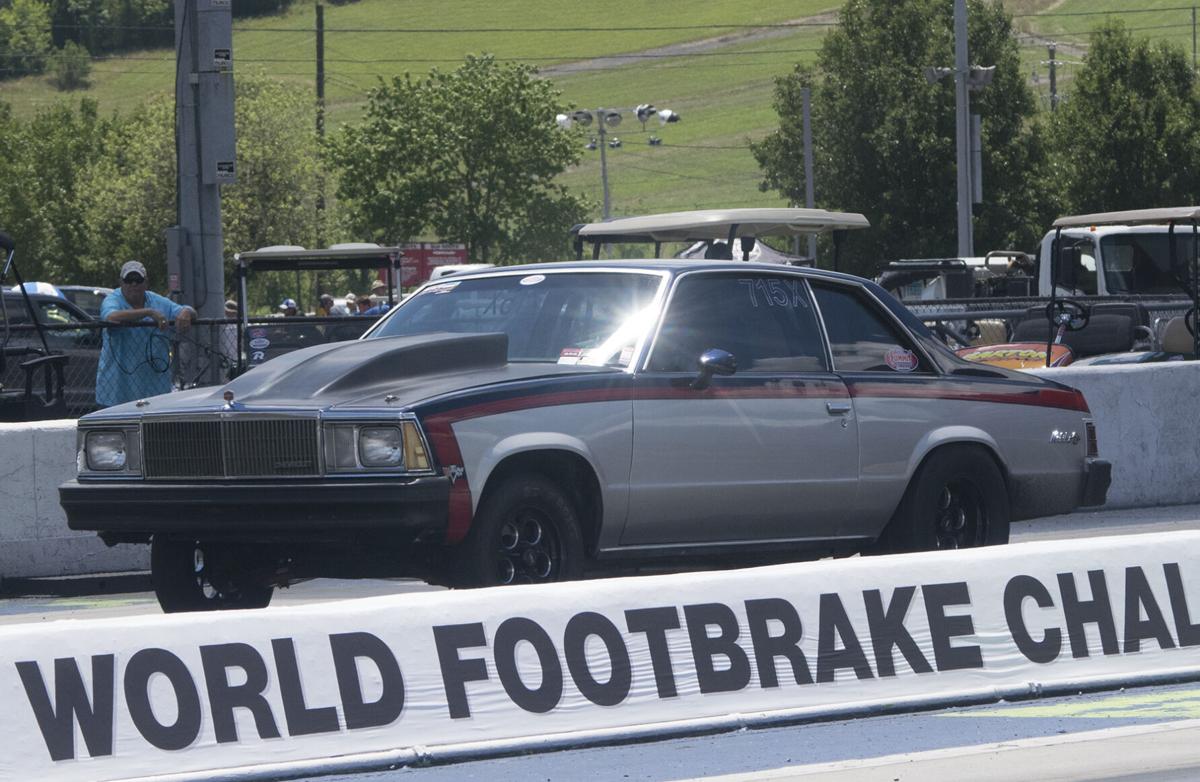 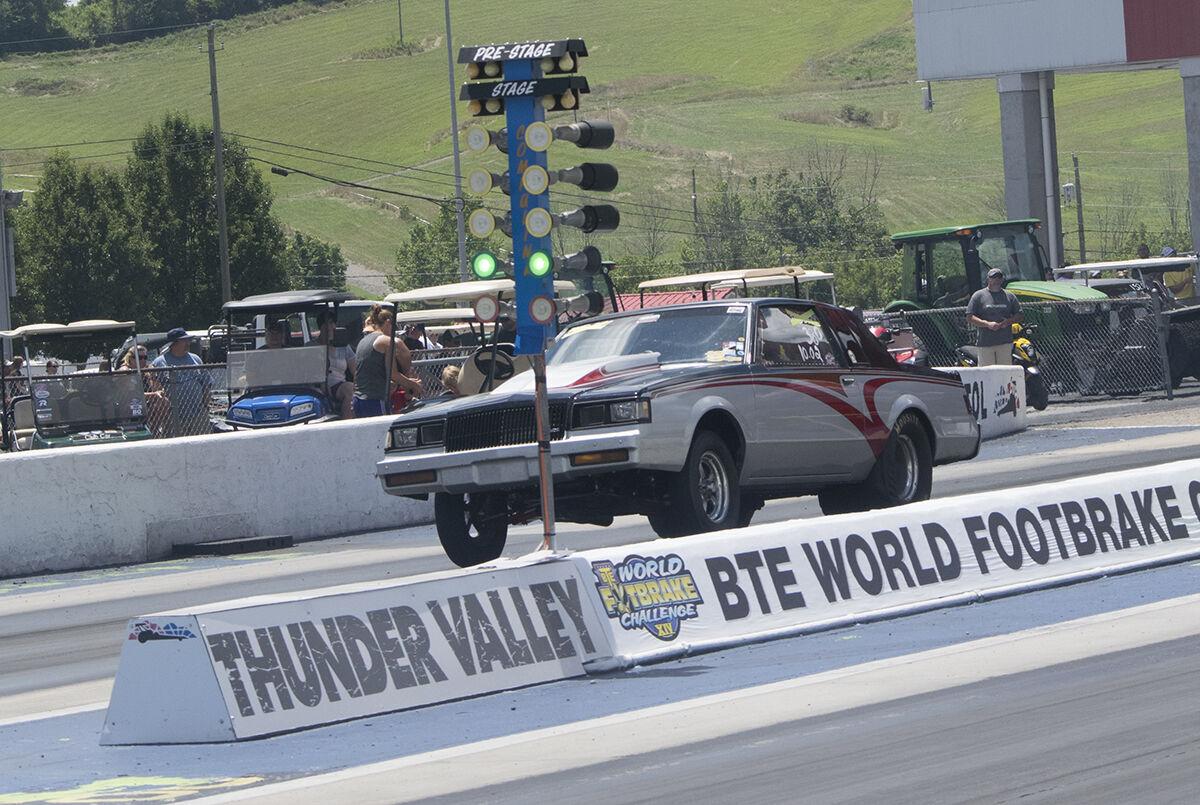 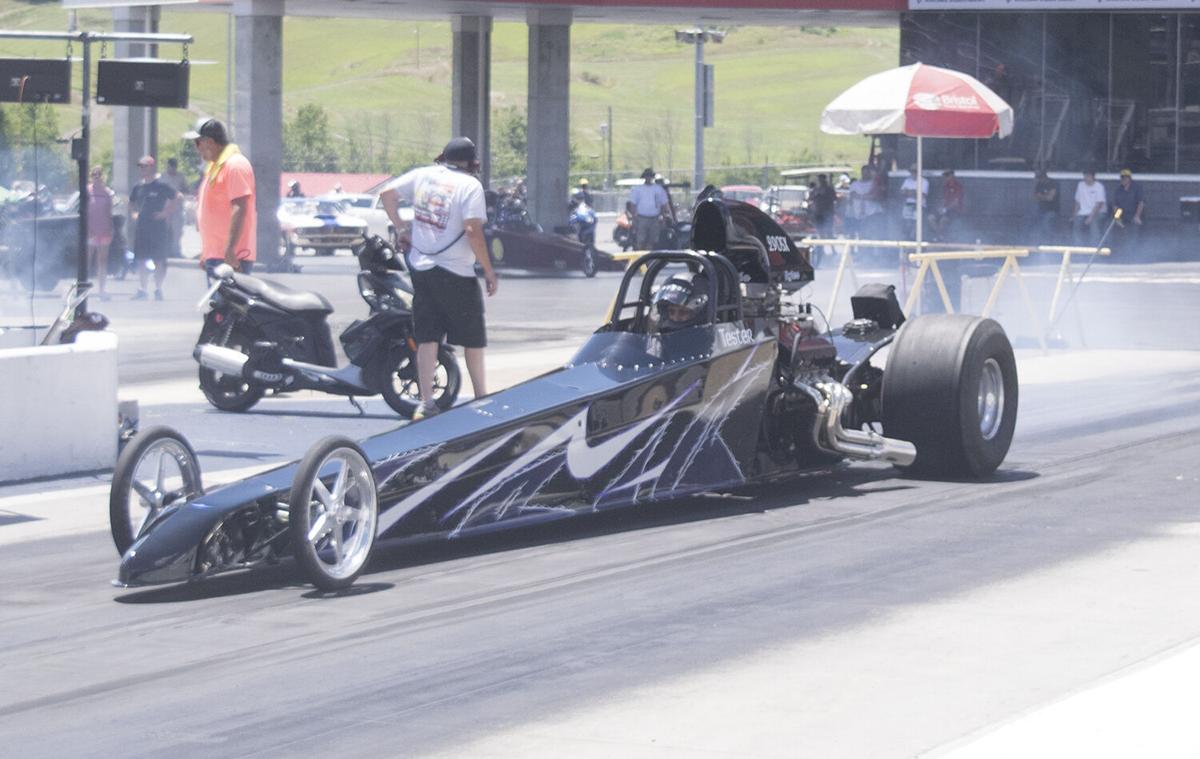 Chris Tester of Church Hill gets ready to take his Super Pro dragster down the track during Sunday’s DER Bracket Series race at Bristol Dragway. 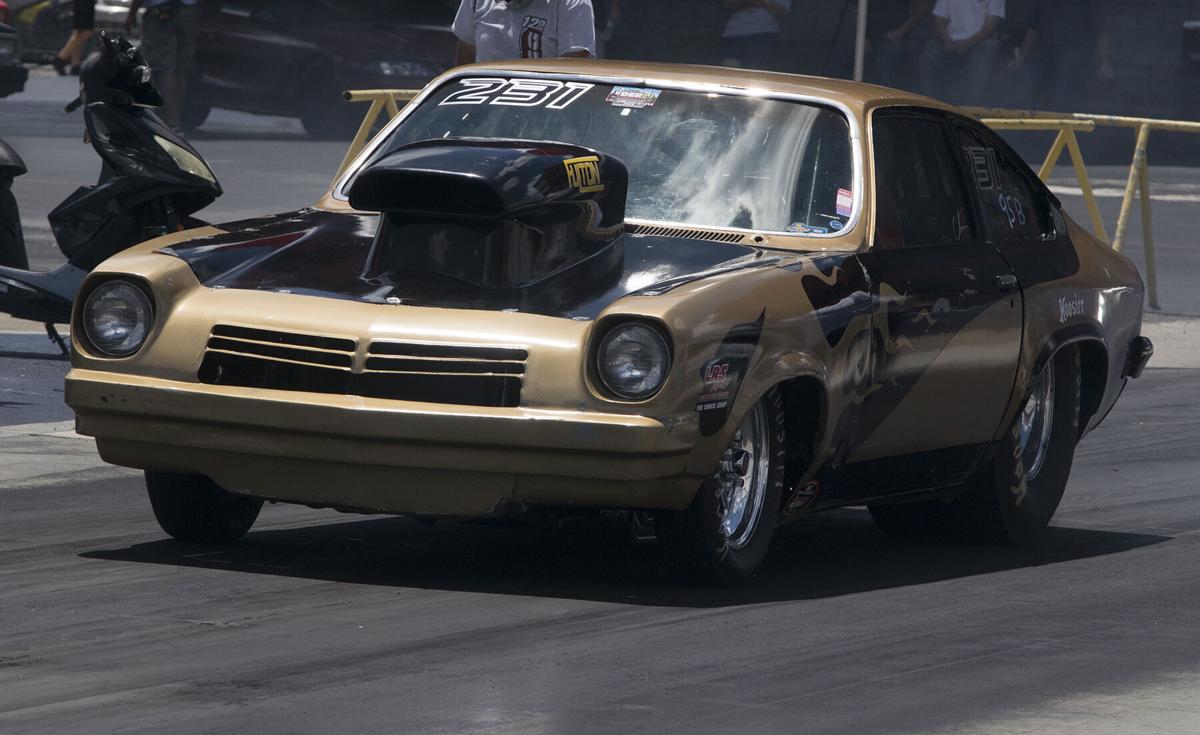 Chris Tester of Church Hill gets ready to take his Super Pro dragster down the track during Sunday’s DER Bracket Series race at Bristol Dragway.

DER Bracket Series promoter Red Whitmore has been pleasantly surprised by the car count at Bristol Dragway this season.

With COVID-19 providing the great unknown, Whitmore didn’t know what to expect. It’s turned out that plenty of racers have shown up every weekend they’ve had an event, including Saturday and Sunday.

“It’s been real good. I’ve been surprised that we’ve had over 200 cars every race,” Whitmore said.

The competition has been outstanding.

Seth Street from Richlands, Va., had a perfect start to win over Bristol’s Trevor Denton in Saturday’s Super Pro final. Buddy Fleenor from Rogersville was spot-on to win that featured class on Sunday.

Fleenor had a .007 reaction time and matched his dial-in to best Josh Dykes of Kingsport in the final round. Whitmore talked about how tough it is to win at Thunder Valley.

“Bristol always has a good quality of racers,” Whitmore said. “You have to race hard to win at Bristol. You get 100 or so Super Pro cars, that’s a strong field of cars.”

It wasn’t limited to the featured class.

Cody Spears from Mount Carmel had to be close in Saturday’s Pro final to beat Jamie Holston from Wytheville, Va. On Sunday, it was second-generation racer Carson Brown from Blountville, who beat former track champion John Nelson of Bristol in the final.

Six-time Motorcycle track champion Jerry Turner showed he still has what it takes, riding his 2006 Kawasaki to a weekend sweep. He beat Austin Babb in the Saturday final and dispatched rival Bryce Acuff from Knoxville in Sunday’s final.

Amy McKinney from Elizabethton came one round from her own weekend sweep in the Trophy class. She won Saturday’s final when opponent Travis Stinson red-lighted. She drove her 1999 Camaro back to the finals Sunday but was beaten by Jamie Radford on a holeshot.

Spears added to his weekend bounty with a Sportsman win on Sunday. He also won on a holeshot over Bristol’s Eric Colley. Another Bristol driver, John Isom, was the Saturday Sportsman winner.

The Junior Dragster racers had their own share of fast starts.

L Avery from Johnson City was .001 at the line to top Forrest Radford from Radford, Va., in Saturday’s Division 1 final.

Radford came back with his own fast start to win over Kentucky racer Brayden McCown on Sunday.

Braylee Griffith from Cedar Bluff, Va., was quick at the tree both days to earn the Division 2 weekend sweep.

Seth Brooks from Surgoinsville was consistent on his starts and he won Saturday’s Division 3 race. He finished runner-up to Logan Bowers of Blountville on Sunday as Bowers had a near-perfect .001 start.

The DER Series recently announced more good news with the addition of races for the weekend of August 8-9.

“It’s great for our racers,” Whitmore said. “It has been a possibility all season that it might open up. Hopefully, we will have some more dates open up.”

FROM FOURTH TO FIRST

David “Animal” Trent was declared the winner of last Friday’s Pure 4 race at Kingsport Speedway after the first two finishers failed post-race inspection and the third refused to tear down his engine.

It is the Kingsport racer’s first victory of the season.

The amended results moved William Hale to second-place and Jason Haribans to third.