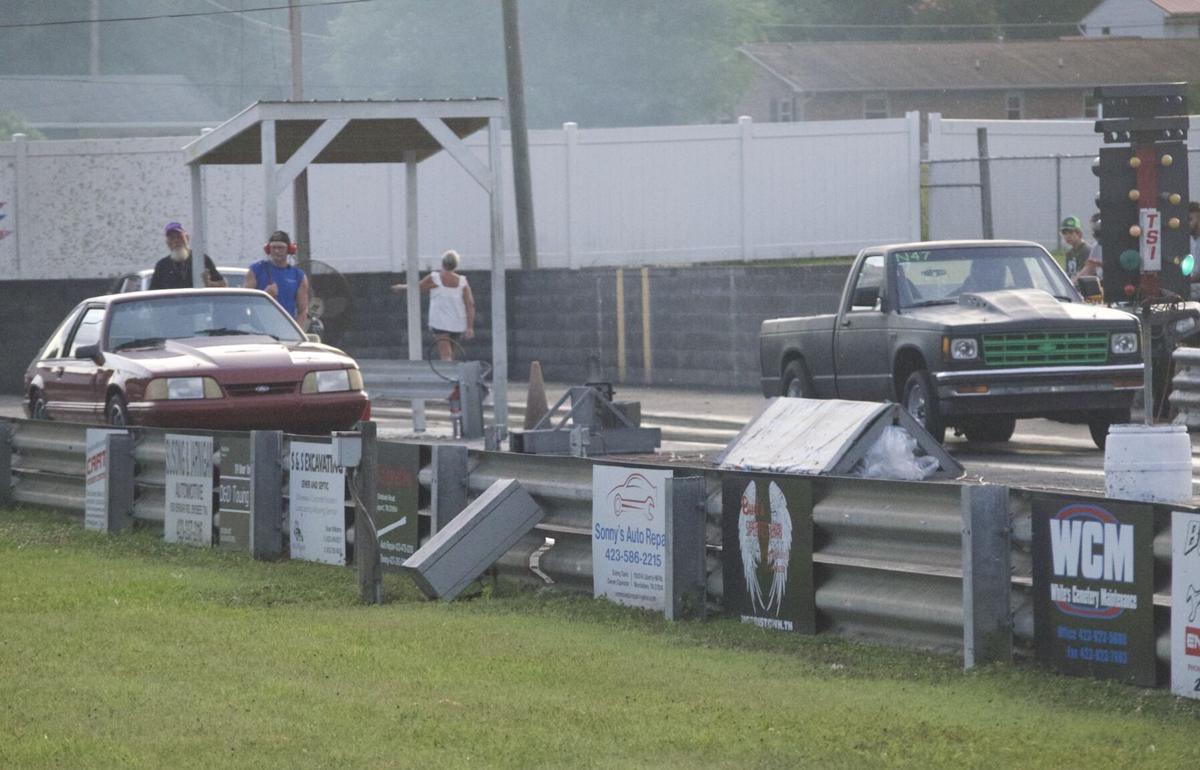 Kelvin Gregg, driving the red Mustang in the left lane, faces off with Wade Woodfin in the Chevy S-10 pickup on Saturday at the Big Dan Hawkins Memorial Race at Cherokee Race Park. 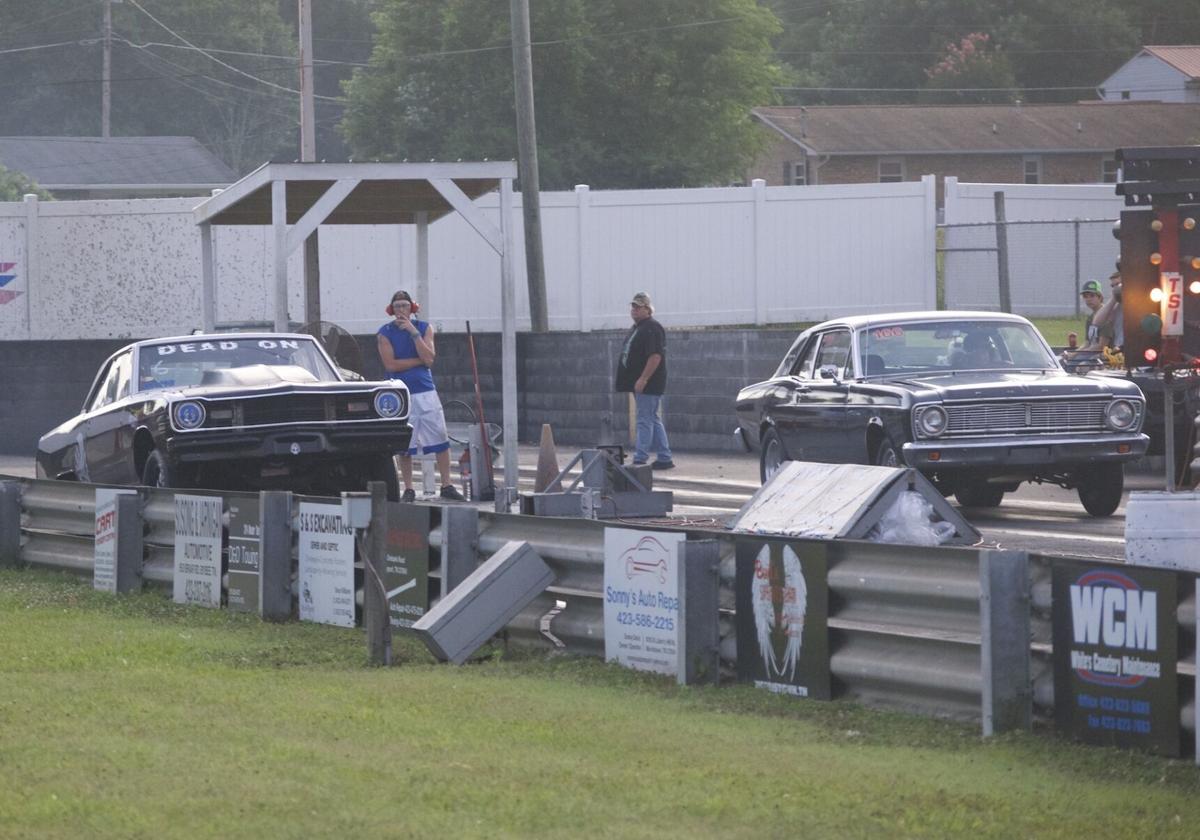 It's the classic Mopar vs. Ford battle Saturday at the Big Dan Hawkins Memorial Race at Cherokee Race Park. 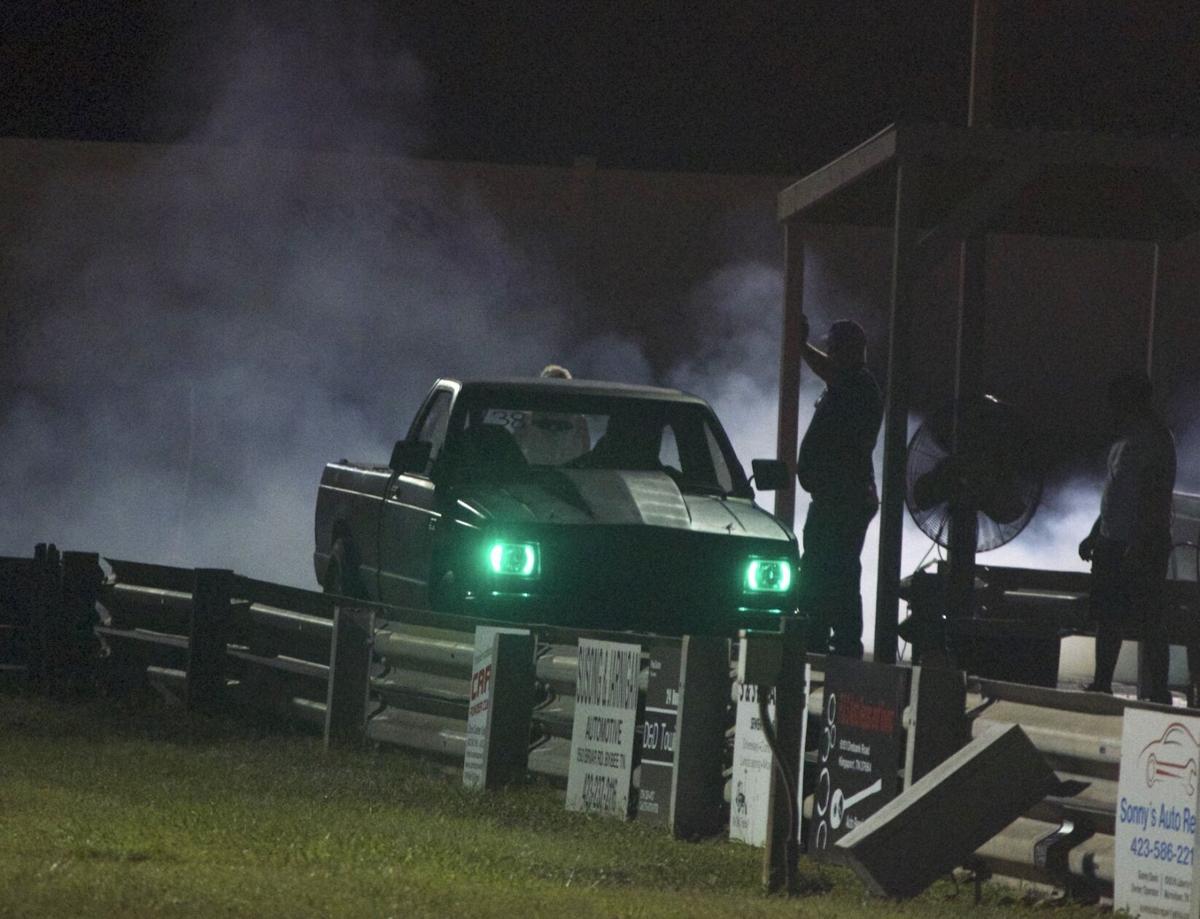 Kelvin Gregg, driving the red Mustang in the left lane, faces off with Wade Woodfin in the Chevy S-10 pickup on Saturday at the Big Dan Hawkins Memorial Race at Cherokee Race Park.

It's the classic Mopar vs. Ford battle Saturday at the Big Dan Hawkins Memorial Race at Cherokee Race Park.

ROGERSVILLE — It was a tribute fitting for a racer.

Drivers from around the region gathered for the second annual Big Dan Hawkins Memorial Race at Cherokee Race Park on Saturday.

Hawkins, a Kentucky native who made his home in Church Hill, loved racing at the Rogersville drag strip. He was a towering figure standing beside his 1962 Chevy II and 1968 Chevy Camaro race cars and a tough competitor behind the wheel.

Well liked in the local racing community, it was a tough loss for family and friends when Hawkins died at age 65 in November 2018. But the memories of him remain strong. His son, Randall, talked about what the race meant to him and his family.

“He raced pretty much all his life, and he always loved it,” Randall said. “It means a whole lot to us to see a lot of his friends come out here tonight. They’re real good people. I’m sure he would be proud to see all of this.”

Randall Hawkins had his own way of paying tribute to his father. He raced the 1968 Camaro during the 2019 season and won the Super Pro track championship.

“That was the main goal, what I wanted to do for the old man,” Randall said. “He always loved to hear the cars, the horsepower, and he loved to come out and socialize with everybody.”

Local racing is about the camaraderie as much as the competition. It is certainly the case for Wade Woodfin, a diesel mechanic by trade from Johnson City.

Woodfin was competing in the No Box competition Saturday, driving a black Chevrolet S-10 pickup. It had a special look in the nighttime decked out with green underglow lighting.

The race at Cherokee was part of a busy weekend for Woodfin, who also raced in the DER Bracket Series at Bristol Dragway on Sunday. He likes the different character that each of the local tracks have.

“Here at Cherokee, you’ve got your small track, but it’s a well-prepped track,” Woodfin said. “English Mountain in Newport is more of a grudge track, more for street-type racing. Of course, Bristol is Bristol, one of the biggest drag racing tracks in the country.”

Like the Hawkins family, Woodfin has loved racing as long as he can remember. He first went down the drag strip at 17 at Bristol in a 1978 Monte Carlo. Overall, he’s had three drag racing cars.

He also raced six different dirt-track cars on the East Tennessee dirt tracks of Volunteer Speedway, Bulls Gap and 411 Motor Speedway. He’s found the same camaraderie at the race track whether he’s going in a straight line or around in circles.

“With the sport, you have the speed and adrenaline rush. But any small-town track, it’s about the people and the atmosphere,” Woodfin said. “That’s what keeps bringing you back.