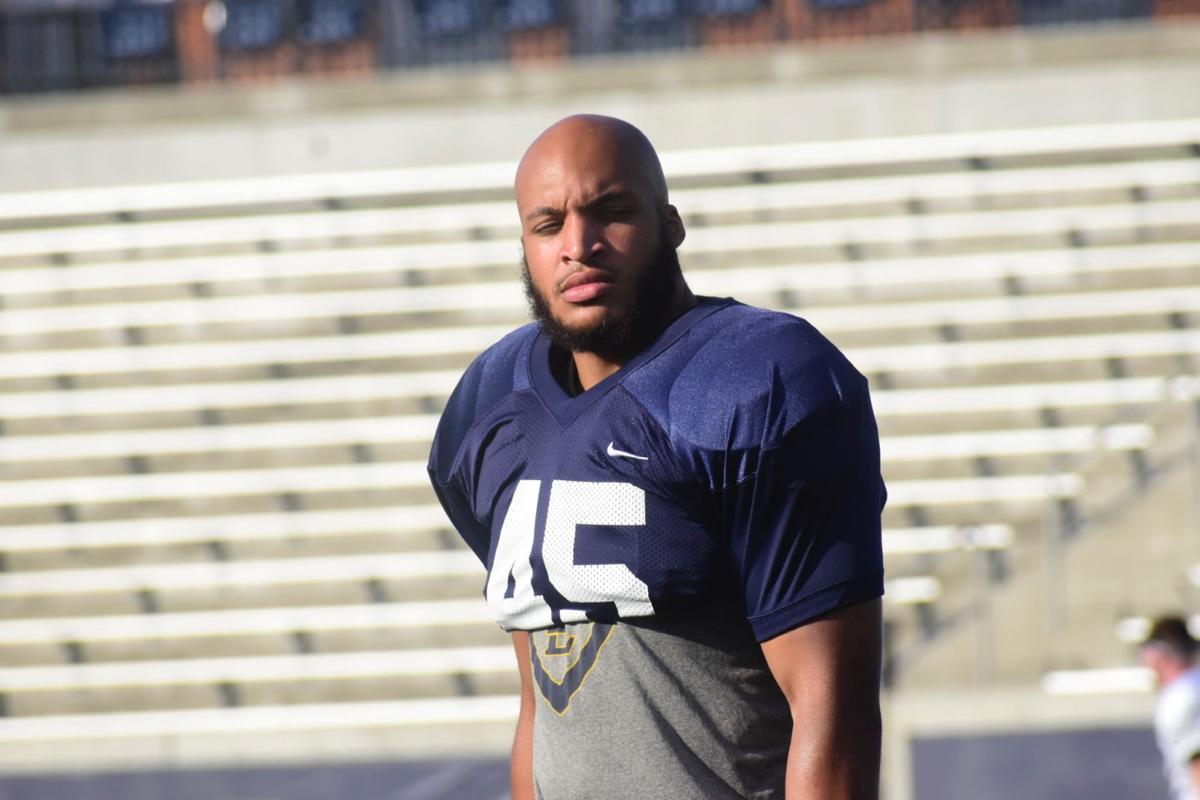 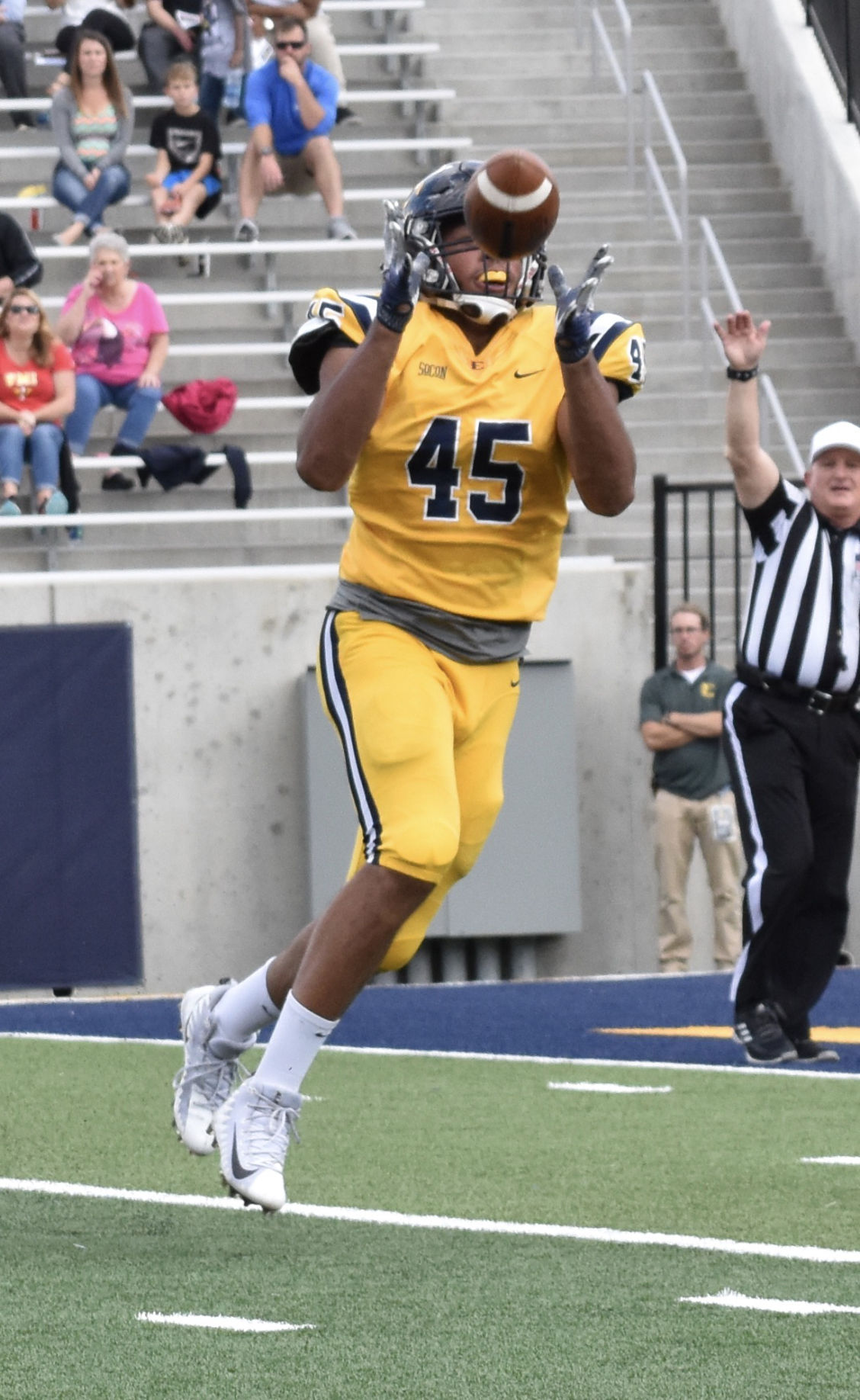 ETSU's Nasir Player intercepts a pass against VMI on his way to his first touchdown ever. 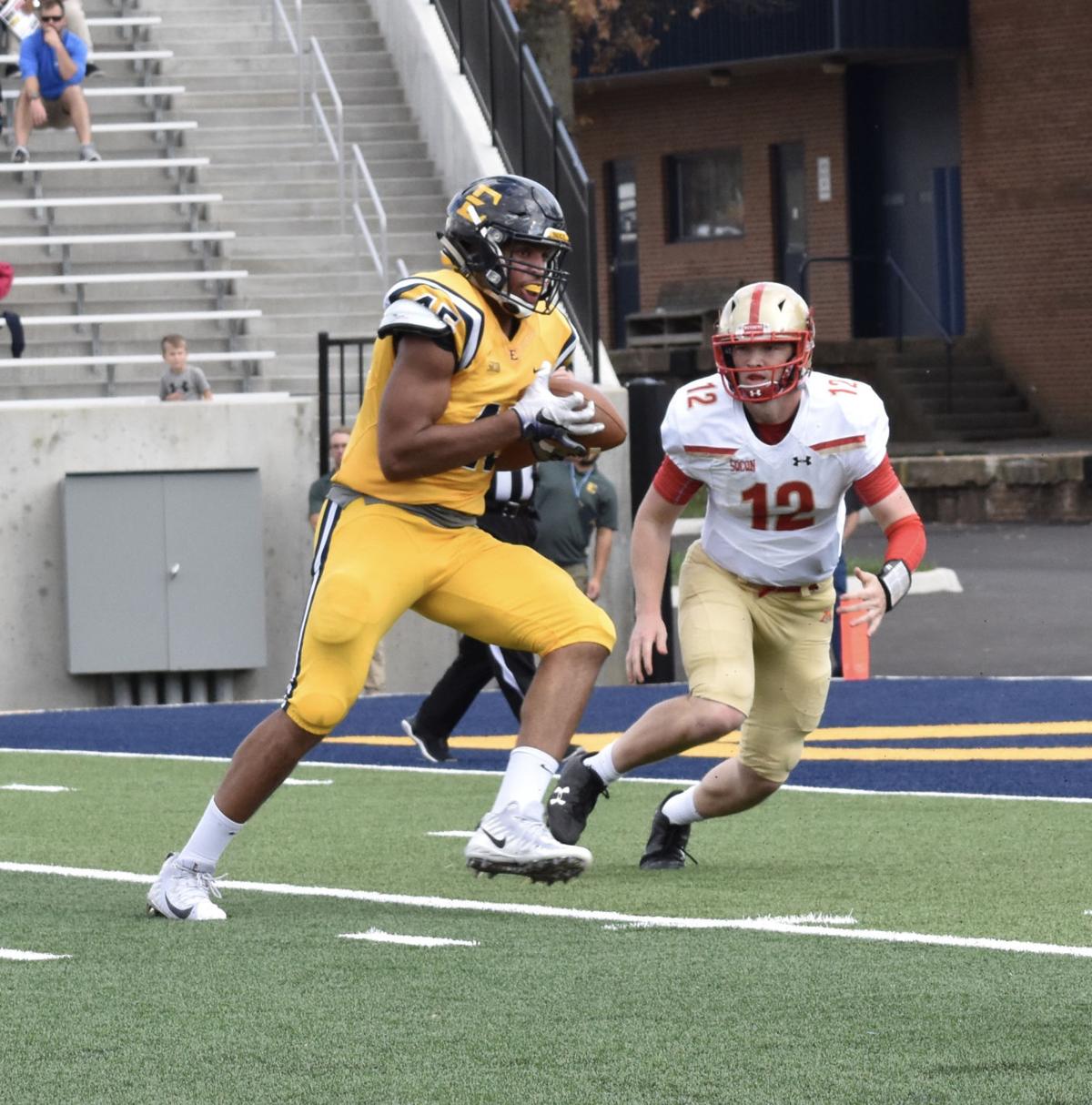 ETSU's Nasir Player returnes an interception against VMI for his first touchdown ever. 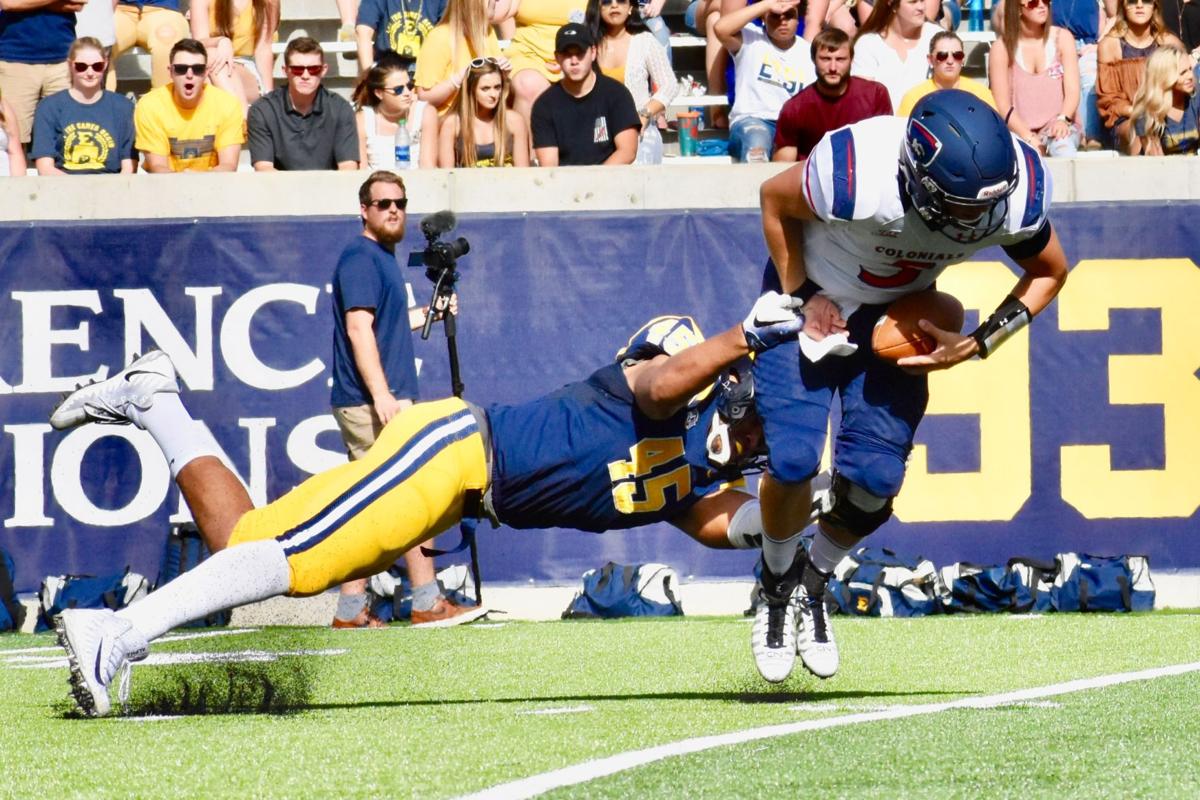 ETSU’s Nasir Player takes down Jimmy Walker for a sack on the game’s third play.

ETSU's Nasir Player intercepts a pass against VMI on his way to his first touchdown ever.

ETSU's Nasir Player returnes an interception against VMI for his first touchdown ever.

ETSU’s Nasir Player takes down Jimmy Walker for a sack on the game’s third play.

JOHNSON CITY — When East Tennessee State started playing football again in 2015, one player stood out on the practice field.

Nasir Player looked different than the rest of the young Bucs. The athletic defensive end was one of the players held out that first year of competition. He, along with several of the other promising youngsters, was red-shirted and saved for when the program was more established and the games might mean more.

At the time, one ETSU assistant coach called him a future NFL prospect. Fast-forward to 2020 and that coach is looking pretty smart right now.

Player is, indeed, an NFL prospect, and with the draft just two weeks away, he’s hoping to get a call. Just about every NFL team visited him during his senior season, so his name is out there.

“I’m just kind of going with the flow and waiting until it’s laid out in front of me,” Player said. ‘’That’s all I can do at this point. I’m just making sure I’m staying ready by staying in shape.”

The 6-foot-5 Player, who played at 271 pounds last season, recently showed up in an online mock draft, being picked in the sixth round by the New York Giants. Of course, those things have the word “mock” in them for a reason.

“It’s cool, but at the same time, when you’re actually going through the process, you know that stuff doesn’t mean anything,” Player said. “Things can change a lot right up until the draft. I try not to look too much at that stuff.”

He had been training at Boost Performance in Nashville from late December until mid-March when the world turned upside down because of the coronavirus pandemic. He was forced to go back home to Columbia, South Carolina, to continue to work out on his own.

“It’s definitely a transition,” Player said. “Not anything I can’t handle. I have to stay disciplined. You have to do that anyway, whether you’re at the facility or at home.”

Player was the Southern Conference’s preseason defensive player of the year going into the 2019 season. After the season, he was chosen to four All-American teams.

“I don’t care that much about accolades,” he said. “It’s nice to have those, but at the end of the day, you have to set new goals. You can’t be satisfied. You have to set a new path. I’m just ready to work hard and try to make the team.

“I’m just somebody that comes in day in and day out ready to work, just keep my head down and do what needs to be done.”

Player said five years of college football has him ready for whatever comes next, on and off the field.

“I think my time at ETSU prepared me for this,” he said. “I stayed five years there and those five years was like a roller coaster. There was always things changing, new players, new coaches, just a lot of changes.