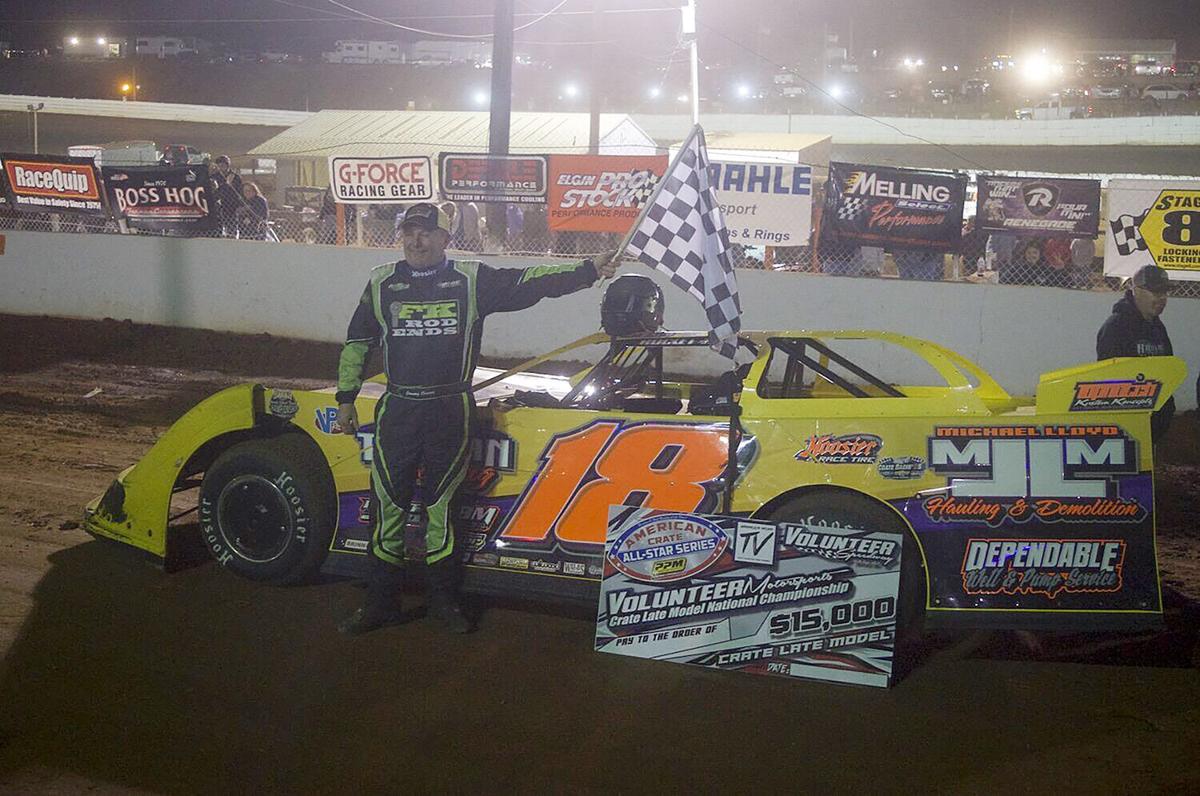 Jimmy Owens poses on the frontstretch after his victory on Saturday night. 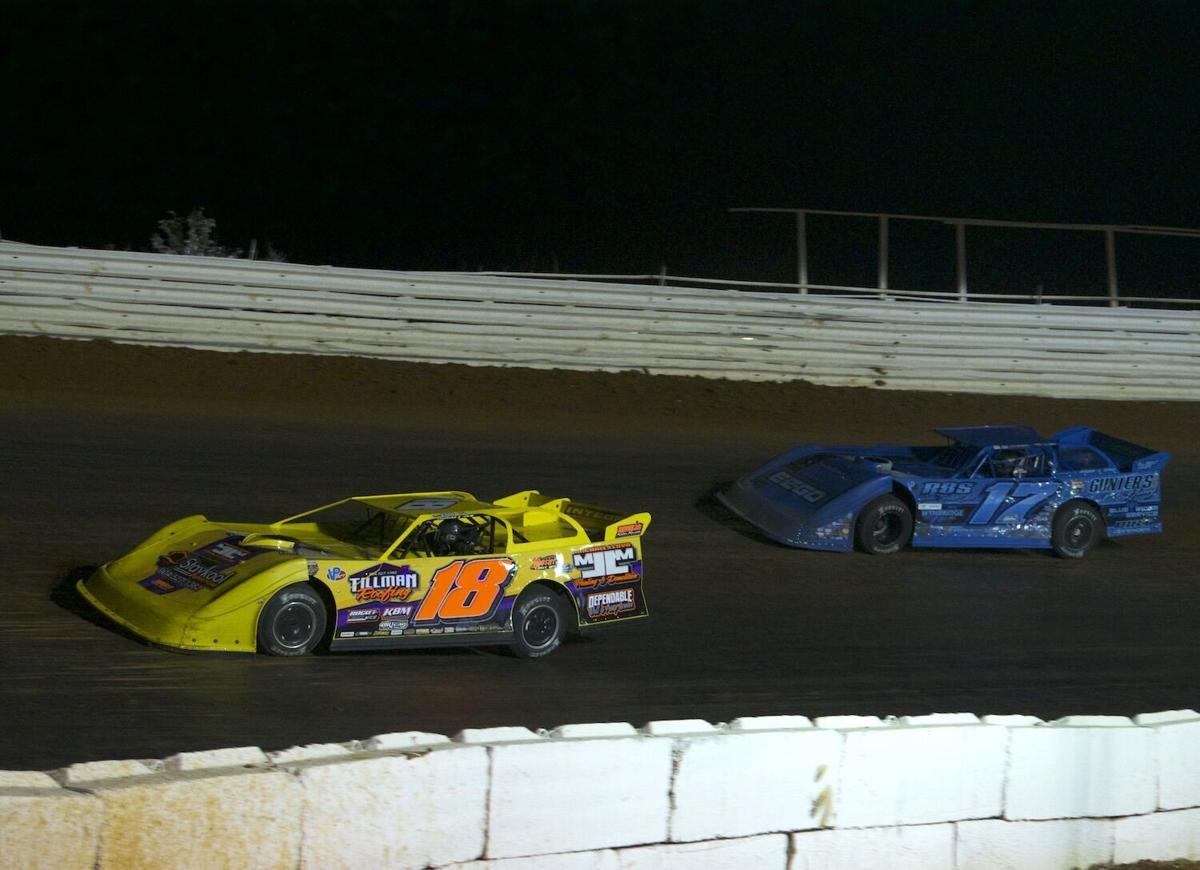 Jimmy Owens poses on the frontstretch after his victory on Saturday night.

BULLS GAP — The “Nightmare” feature took place the day after Friday the 13th at Volunteer Speedway.

Jimmy Owens, aka the “Newport Nightmare,” took the checkered flag in Saturday’s $15,000-to-win Crate Late Model National Championship on the four-tenths-mile dirt track. Owens, the four-time and reigning Lucas Oil Series national champion, started 10th but sliced his way up through the field, making a daring move to go from fifth to second.

With momentum on his side, Owens rocketed past World of Outlaws star Ricky Weiss for the top spot on lap 30. Once out front, Owens drove the yellow and orange No. 18 car to a convincing win in the 100-lap race.

“It was great to come home and get a win in front of the home crowd,” Owens said. “I didn’t even plan to come to this race, but Kyle Bronson called and said, ‘These guys have a car.’ We threw it together the last minute and had a good run.”

Much of that run came from being able to drive to the inside of the other cars. Owens adjusted the handling on his car to where it would work well on the bottom of the track.

“The Crate cars, you have to make the low groove good,” Owens said. “If you move up the track, you just make the racetrack bigger. Everybody is about the same speed, so it’s like going to Gatlinburg or Pigeon Forge to ride go-karts. You will think you’re about to pass a guy when the governor kicks in.”

Jason Welshan, winner of the previous week’s Fall Brawl at the Bulls Gap track, finished second in the black No. 01 machine. The Maryville racer, who also finished as runner-up in a 50-lap feature Friday night, knew early in the race Owens was the driver to beat.

“I’m pleased with the way we ran this weekend,” Welshan said. “Any time you run second to Jimmy Owens, the best dirt late model driver in the country, you learn something. When he passed me on lap 4, I said, ‘There goes the race.’ We came up one short tonight, but I will take it.”

Ford qualified second out of 64 entries and jumped out to the lead over Weiss on the opening lap. Weiss took the lead from Ford with a slide job on lap 3, and his black No. 7 stayed out front until Owens drove by.

Weiss, who won Friday’s feature, fell out of the race with a broken right front shock. Ford faded to sixth before rallying.

“I tried to save everything early because it was a long race, but my car just wasn’t maneuverable enough,” Ford said. “That’s where Jimmy beat us. He could go where he needed to. When I got around other cars, I couldn’t do what I needed to keep speed. Once we got to a certain point, the racetrack cleaned up to one spot where we were just following each other.”

Blake Brown drove his red No. 99 to the victory in Saturday’s Iron-Man Open Wheel Modified race. He took over the lead on the seventh lap when fellow Kentucky driver Clayton Miller fell out with mechanical problems.

Brown led the rest of the 25-lap race by fending off a challenge from Brandon Kinzer.

“The bottom was dominant and that was my preferred groove anyway,” Brown noted. “I hate that happened to Clayton. I don’t know if we had anything for him. The last two weekends, we had finished right behind him.

“It’s a blessing we could get another win and hopefully we will win our points battle.”

Zach Walton of Blountville captured his division-best ninth win of the season in the Front Wheel Drive race. Justin Tate took second place behind the driver of the white No. 38 Ford Mustang, and Jeremy Wyatt was third.