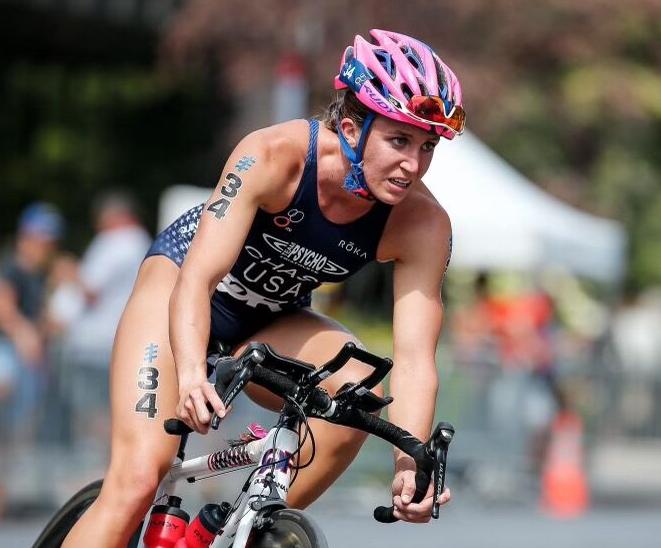 Sophie Watts rides her bike during one of her recent triathlons. 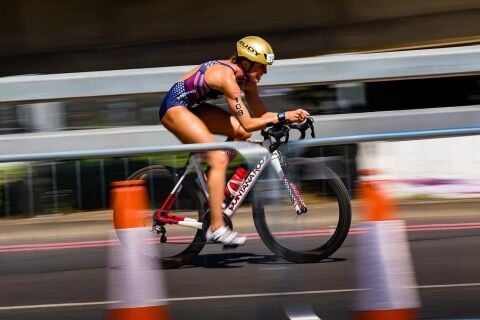 Sophie Watts rides her bike during a recent triathlon. 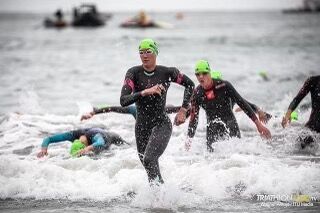 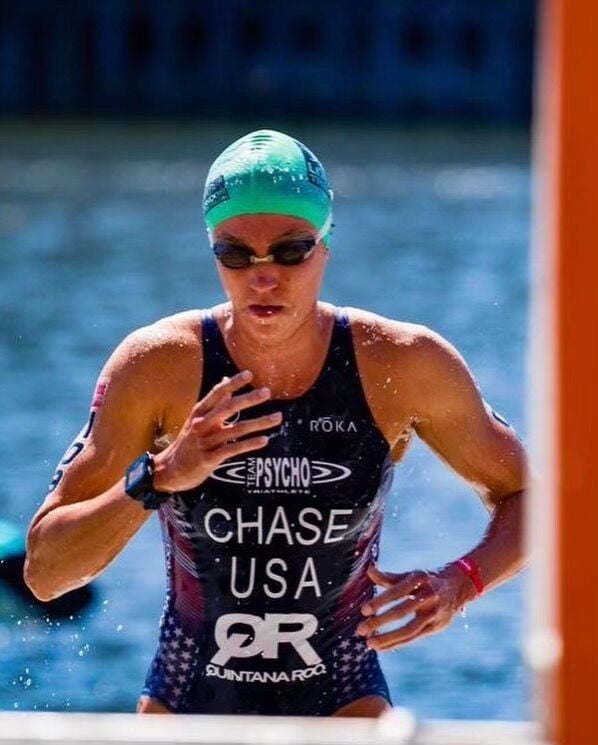 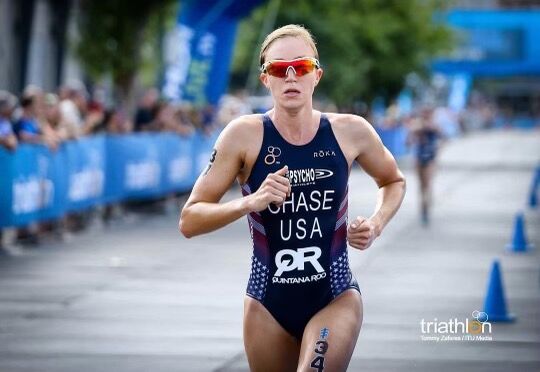 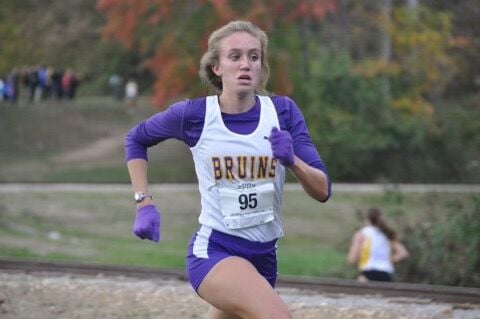 Sophie Watts runs at Burke Lake Park during her high school days at Lake Braddock. She was a multiple-time state champion in both cross country and track, earning three bids to Foot Locker Nationals. 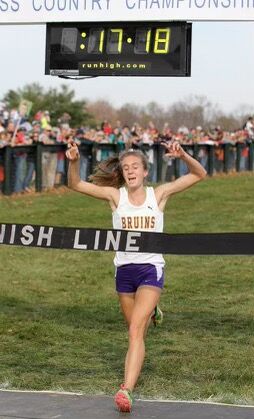 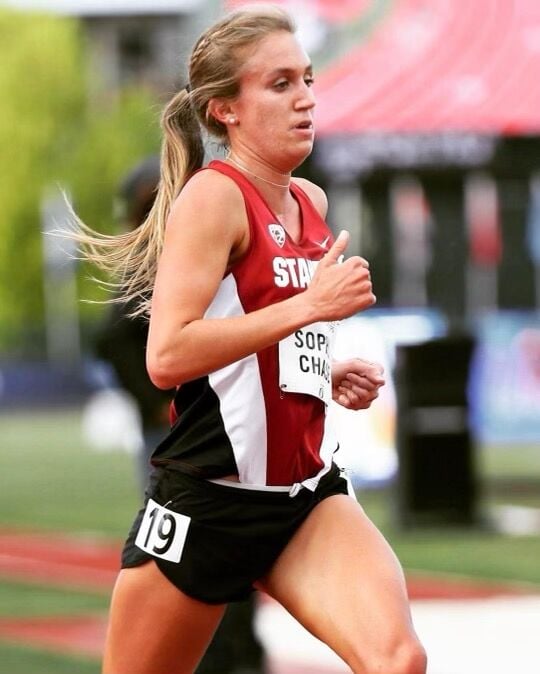 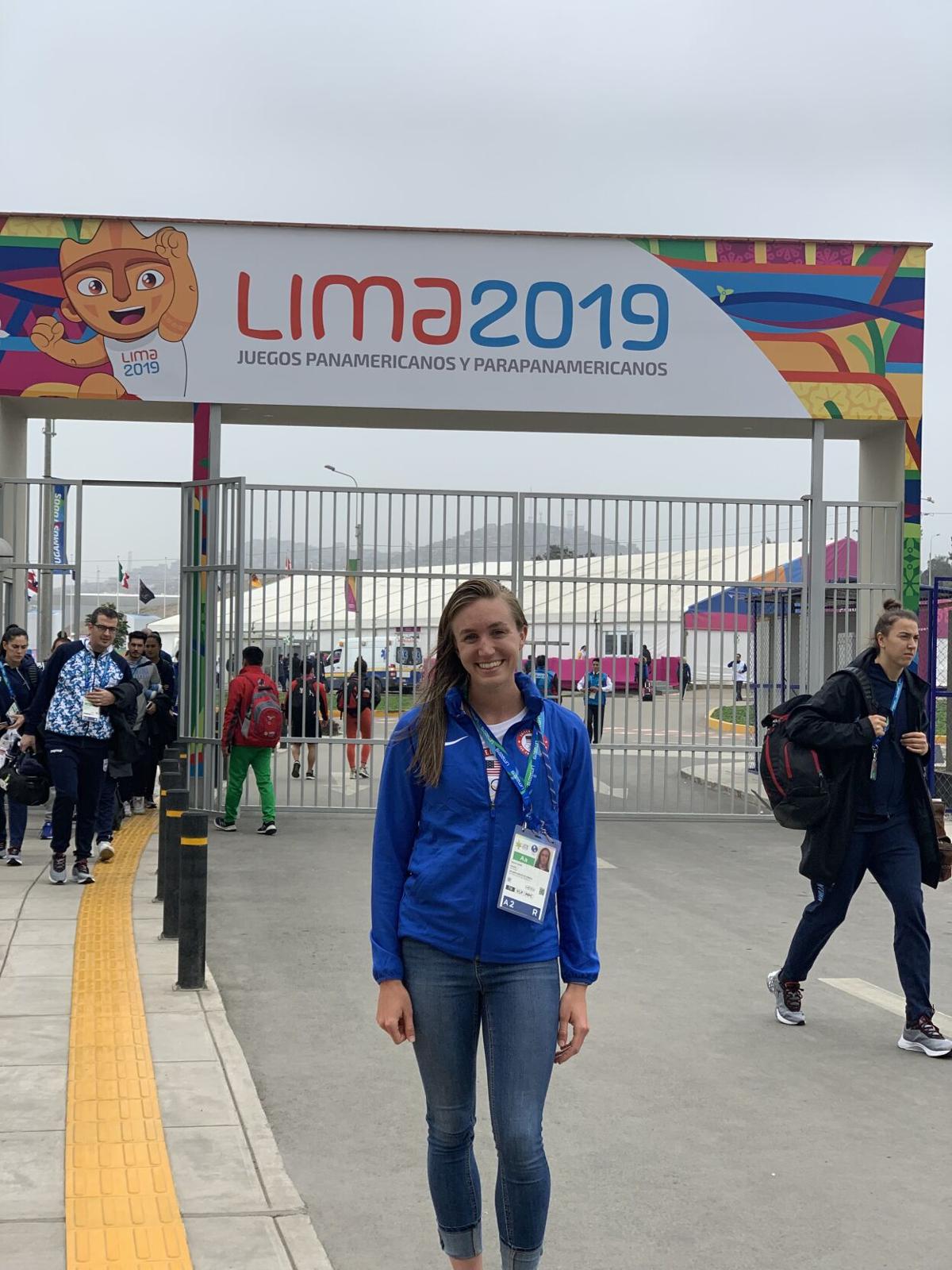 Sophie Watts took part in the 2019 Pan American Games in the triathlon for Team USA in Lima, Peru. 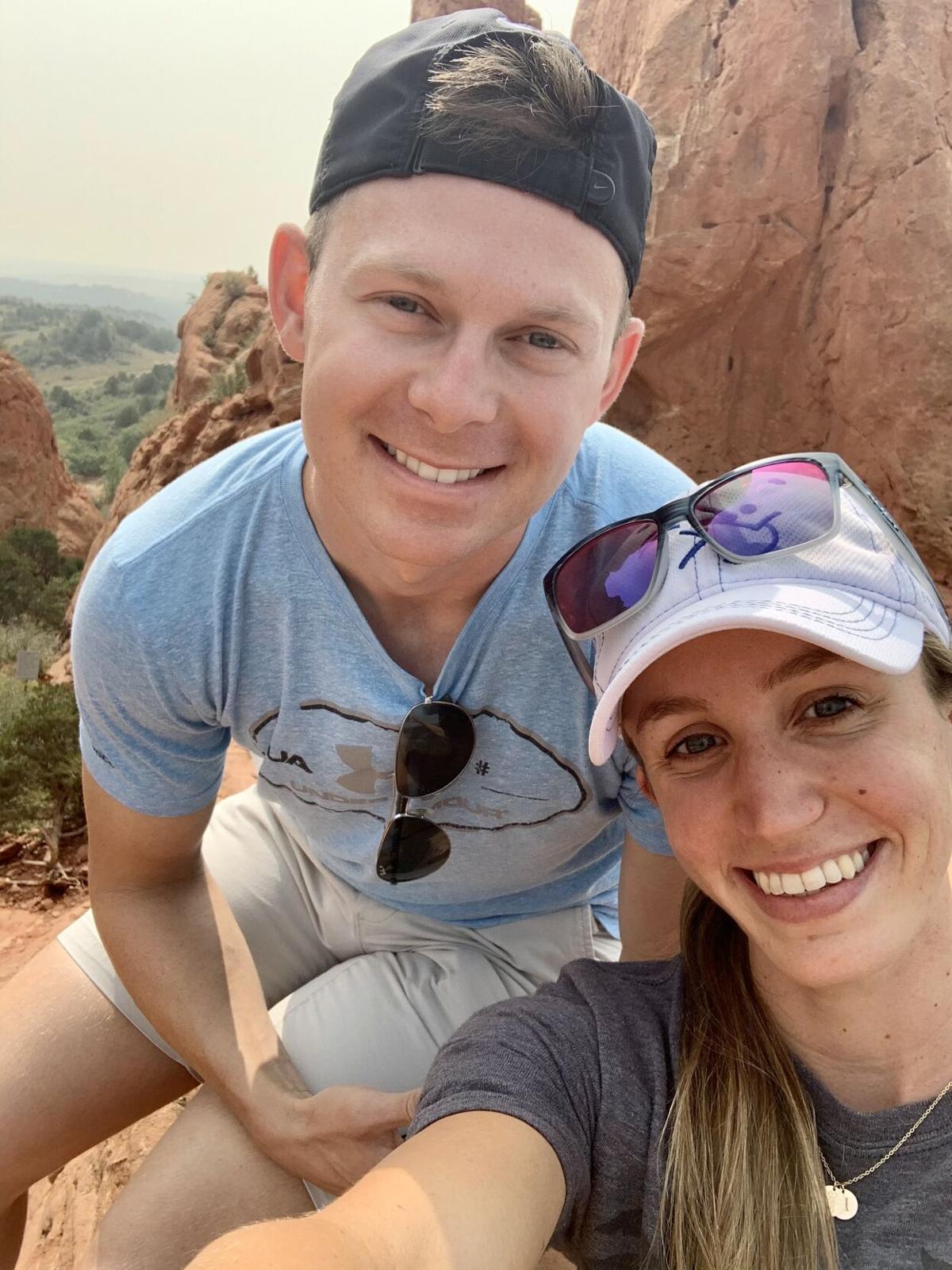 Sophie and husband Hunter Watts. Hunter is a former athlete at Gate City.

Sophie Watts rides her bike during one of her recent triathlons.

Sophie Watts rides her bike during a recent triathlon.

Sophie Watts runs at Burke Lake Park during her high school days at Lake Braddock. She was a multiple-time state champion in both cross country and track, earning three bids to Foot Locker Nationals.

Sophie Watts took part in the 2019 Pan American Games in the triathlon for Team USA in Lima, Peru.

Sophie and husband Hunter Watts. Hunter is a former athlete at Gate City.

Long and arduous days have been a normal thing for Kingsport resident Sophie Watts for some time now, but that hasn’t stopped her from excelling at every level of triathlon.

Watts — originally from Lake Braddock in Burke, Virginia — can often be seen around the area either running, biking or swimming. She is currently training for the Ironman 70.3 in Texas on April 11 and has been a professional triathlete since 2017.

“Running is my first love, but I’ve been swimming since I was 5 years old,” she said. “It really helped having a dad that was a captain in the Navy and growing up around water.

“When I tried out for the cross country team in my freshman year, the original plan was to stay in shape for swimming in the winter. That pretty much changed when I ended up getting third in the state in cross country that year.”

Watts (then Chase) is one of the most decorated athletes in the long history of Lake Braddock cross country and track.

She won back-to-back VHSL Group AAA state individual titles in cross country in 2011 and 2012 and helped the Lady Bruins to the team title in 2012. She owned the state 5-kilometer course record at Great Meadow for a time, running 17:24 in her final year.

She was also a three-time Foot Locker Nationals qualifier, finishing as high as sixth in 2012 in San Diego (17:42).

“I was very blessed to have great coaches while I was in high school and I did do a lot of cross-training then,” she said. “I remember there was one time where I ran the 1,600 and 3,200 at the Northern Region indoor meet and then had to swim at the state meet just a few hours later.

“Thankfully, both events were at George Mason, so I just had to go across the street.”

For those that are unfamiliar with the old Northern Region, it is arguably the most competitive in any sport. In cross country, current American one-mile record holder Alan Webb (3:46.91) is a graduate of member school South Lakes.

“There was never a day or a race where I felt like I could take it easy,” Watts said. “When I was at Lake Braddock, I competed against Caroline Alcorta, Hannah Lowery and so many others. What’s funny is we all stayed friends even after high school and loved watching each other succeed.”

Following her ultra-successful prep career, Watts signed on at Stanford and upped the ante even more in terms of competition.

TO THE LEFT COAST

“My time at Stanford was absolutely instrumental in helping me develop into the person I am today, both mentally and emotionally,” she said.

Her career for the Cardinal did not start off in a sparkling way.

“In my first year out there, I got back-to-back stress fractures because I tried to come back too fast, and then I got mono my sophomore year,” she said. “It was a pretty dark time, and I struggled with eating disorders, too. I started to question who I was without running.”

Everything changed for her in her final two years in Palo Alto, and she was finally able to get back competing on the national level.

“When I started at Stanford, I was doing a bunch of high mileage and no cross-training,” she said. “I started to incorporate more biking and swimming with my running, and I started to see my results swing back into the direction I wanted. I also learned to just trust in Christ and his plan, and I think that really helped me find joy in running again.”

The switch in training proved to be a blessing in disguise for Watts as she qualified for the collegiate recruitment program for fledgling triathletes out of college who met certain standards.

More importantly for Watts, the program was fully funded.

“I was fortunate enough to qualify for the program, which was run by a Stanford alum, and I moved to San Diego and started training,” she said.

Around the same time when she moved south to sunny San Diego, she caught up with her future husband Hunter.

“It’s kind of funny how we met,” she said. “We had a friendship in high school and being from Northern Virginia and him from Southwest Virginia (Gate City), there was not much overlap. But one day when I was in California, we started talking.

“It became a little bit expensive to live in California, so I went with a group that was based in Asheville, North Carolina. After a year of that, I went out on my own and moved to Kingsport.”

Watts and her husband have been married now for a little over a year, and she has been training in the Model City for about the same amount of time.

“It’s amazing the way God has moved us together,” she said. “He really is awesome and a sovereign God.”

“I usually try to do all three disciplines in a day,” she said. “My days usually start out with a swim, and I try to do 20 to 25 minutes in the pool. My weekly totals can vary, but I usually try to get around 40 to 50 miles of running and six to seven hours on the bike.”

Most of what Watts trains for is the Olympic distance in the triathlon, which is a 1,500-meter swim, a 40-kilometer bike and a 10K run. One of the main differences between ITU World Triathlon events and Ironman is the cycling portion being draft legal.

The Ironman distances Watts will race in Texas are a 1.2-mile swim, 56-mile bike ride and running a half marathon (13.1 miles).

“I was recruited for the Olympic distances and have seen success in the shorter stuff, but my coaches and I agreed that I have shown promise in the longer distances where I can grind it out,” she said. “I’m both really excited and really nervous for my upcoming race, but I think it’s good to have some nerves going into something you’ve never tried before.”