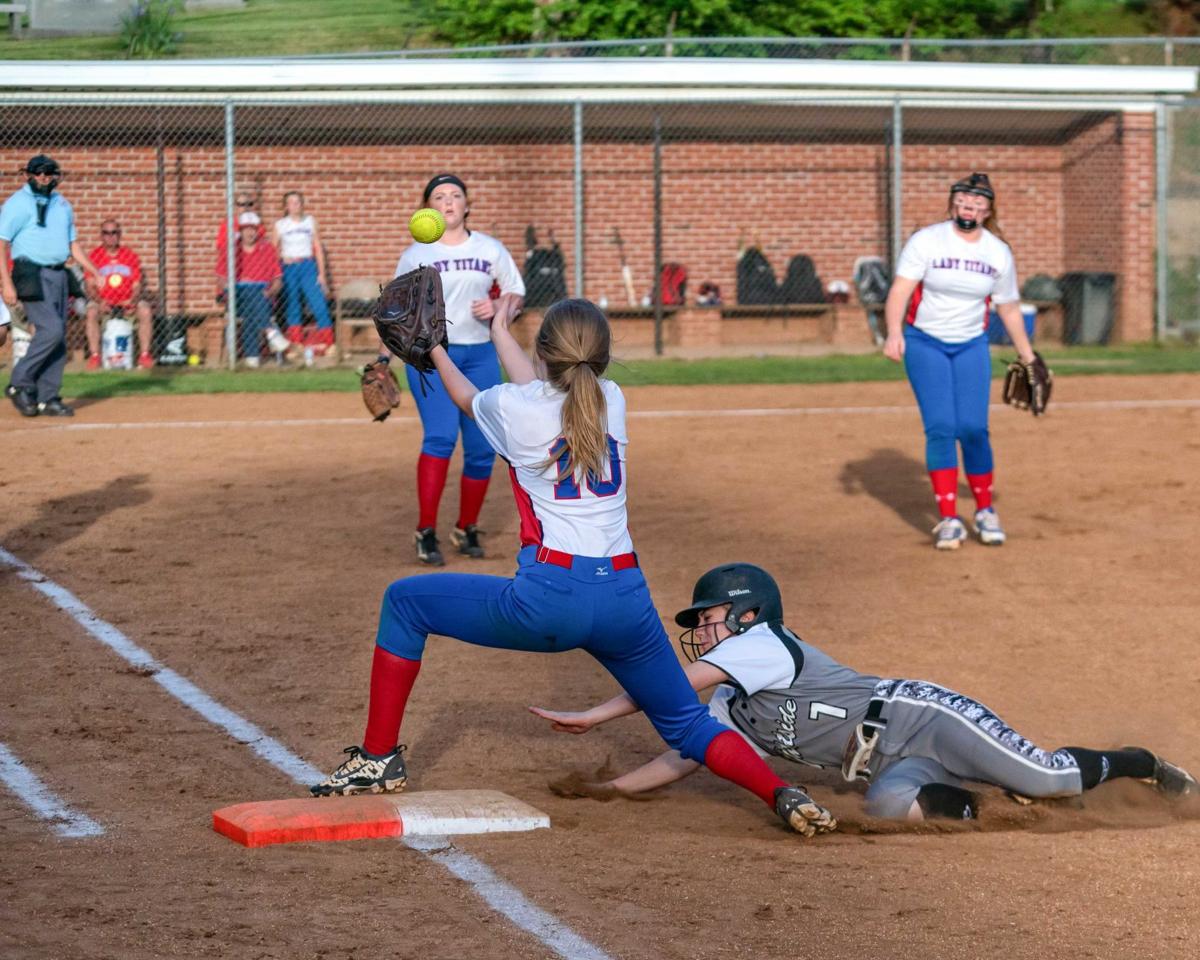 Eastside’s Maggie Odle (7) dives back to first ahead of the throw to Twin Springs’ Bell McCoy (10) during the Cumberland District championship game Thursday in Coeburn. 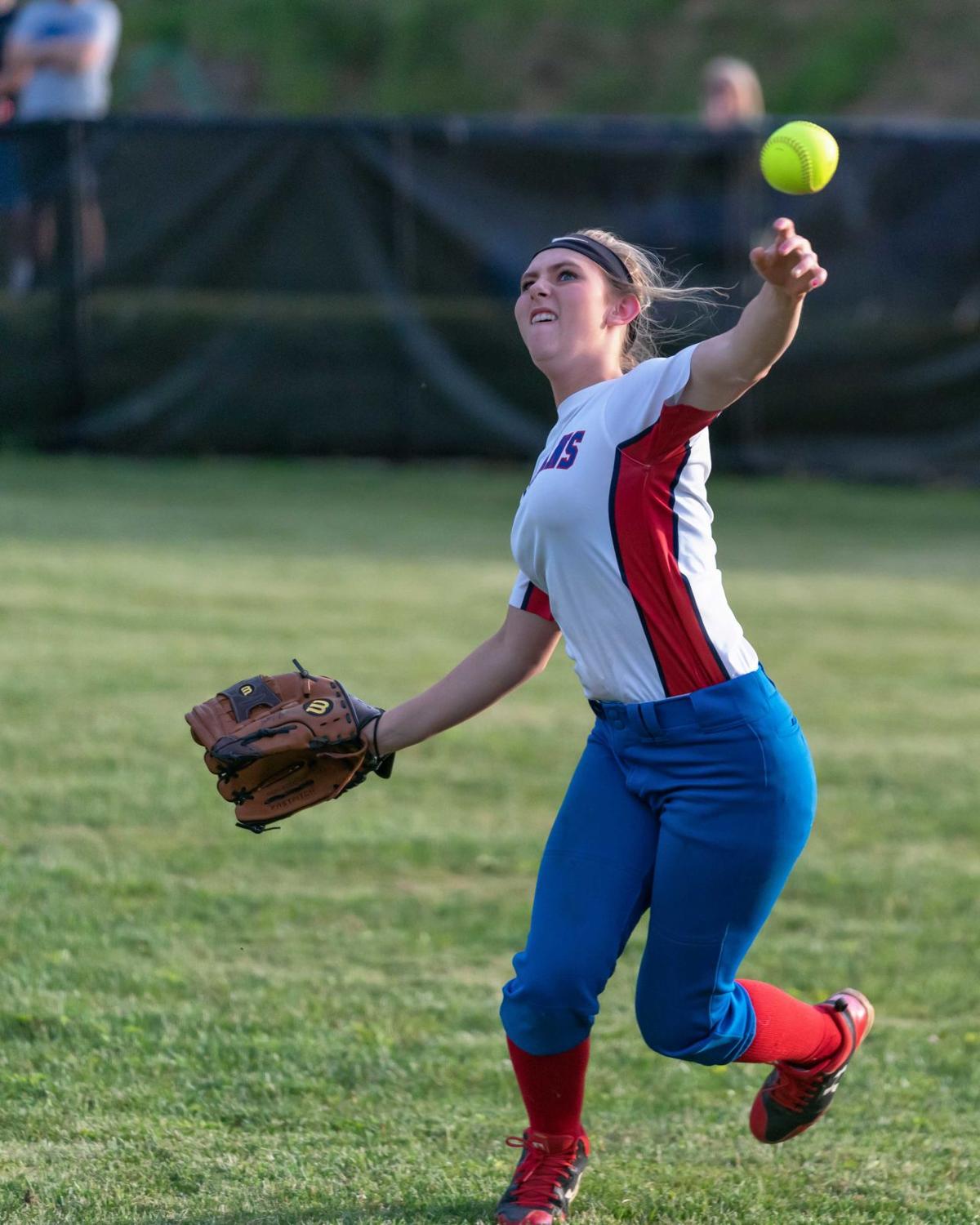 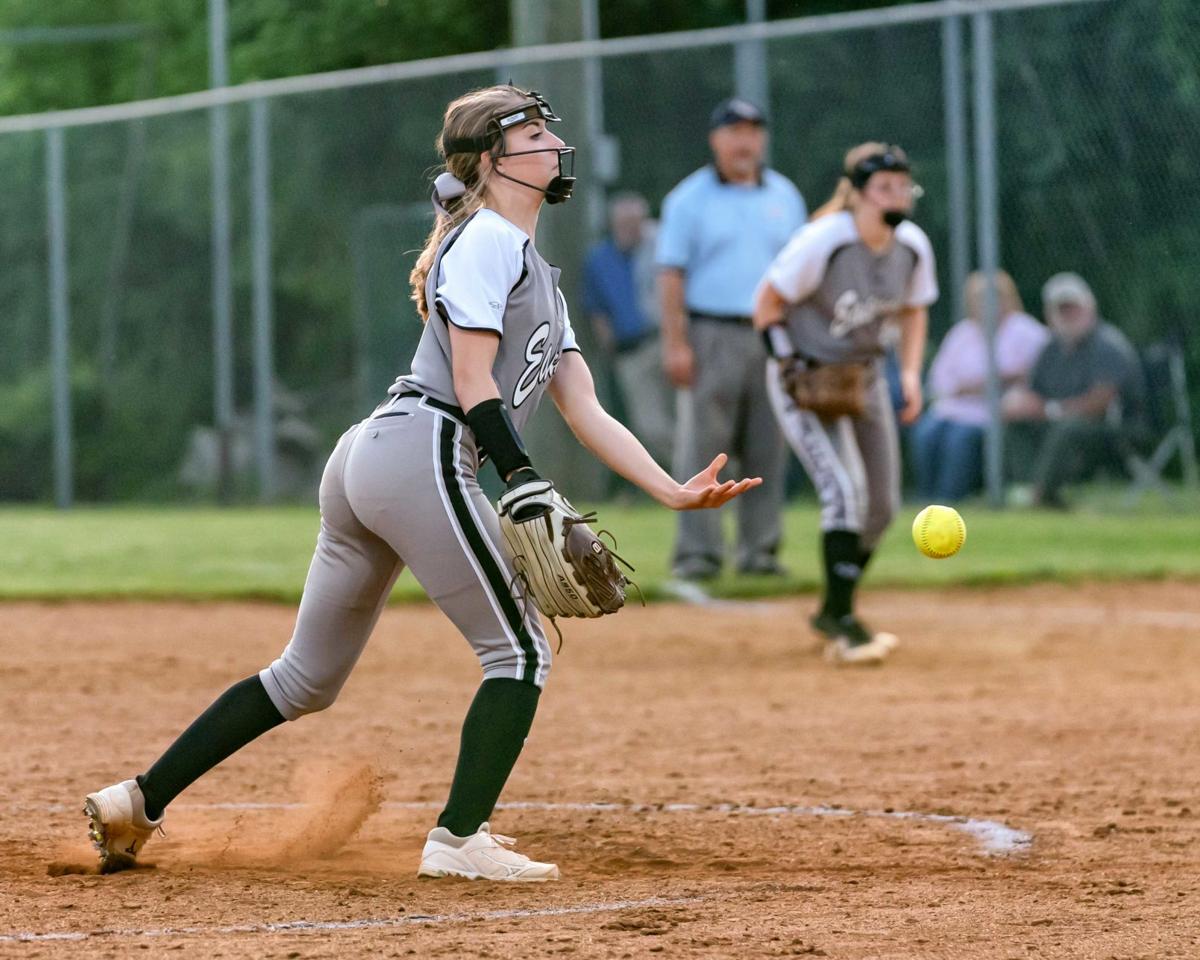 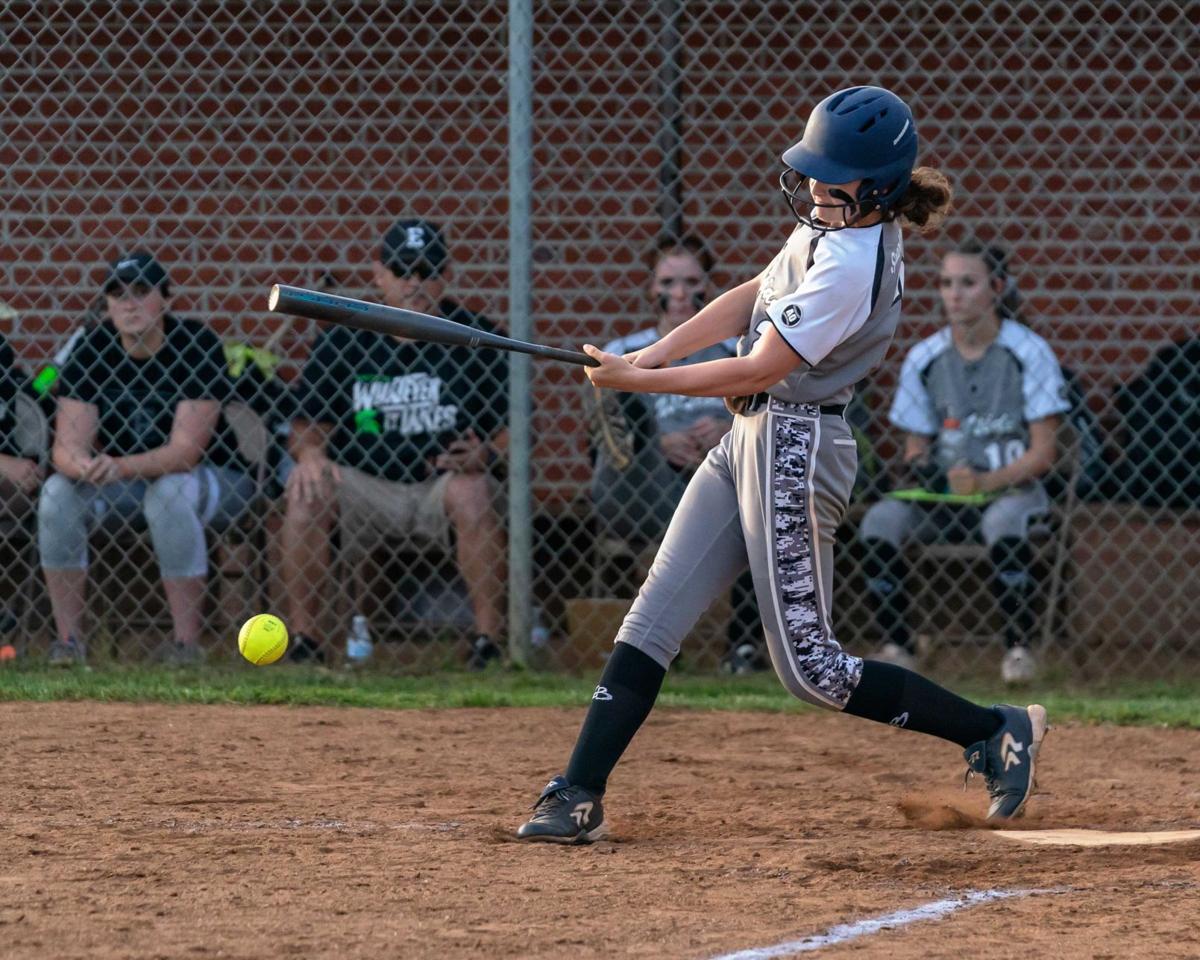 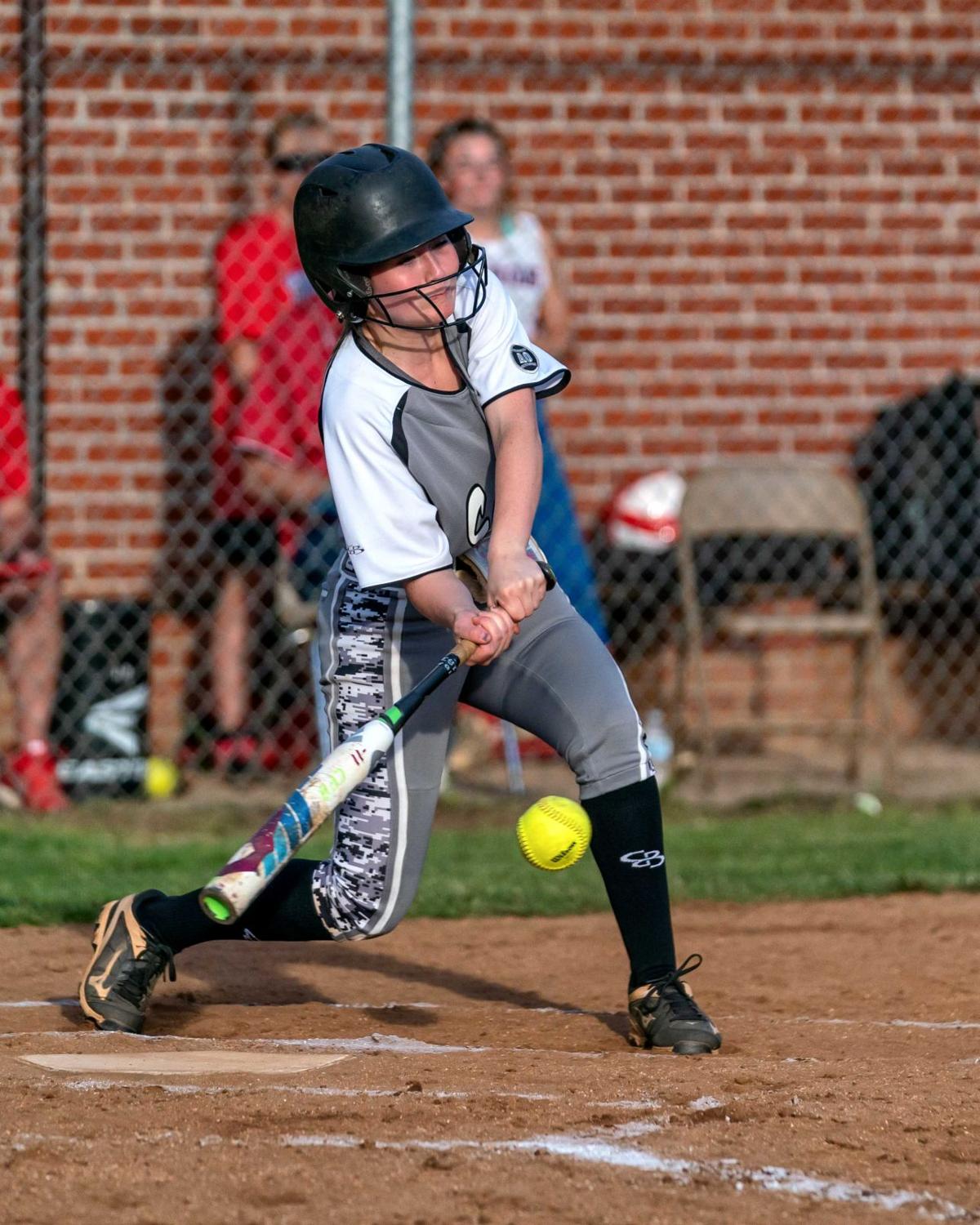 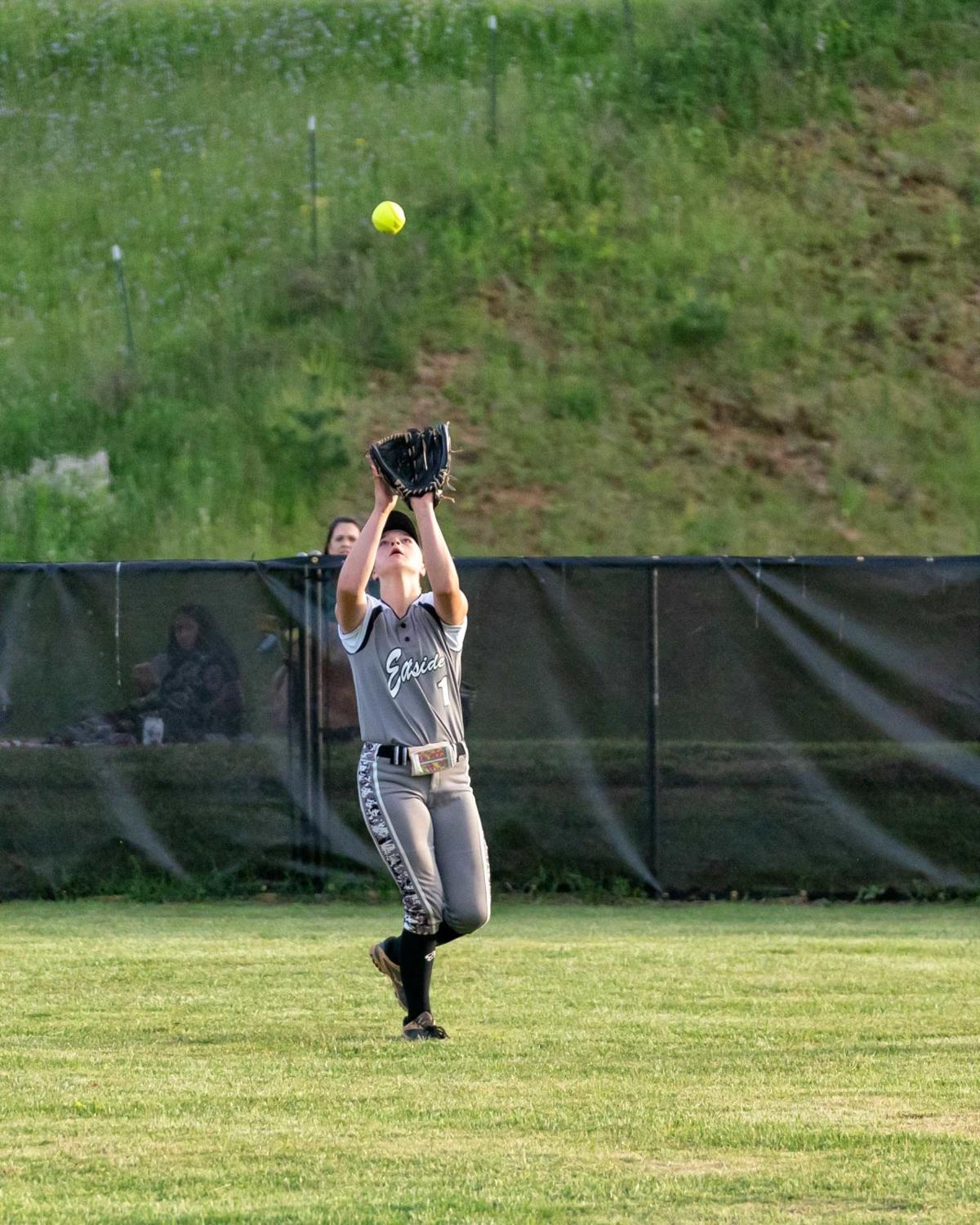 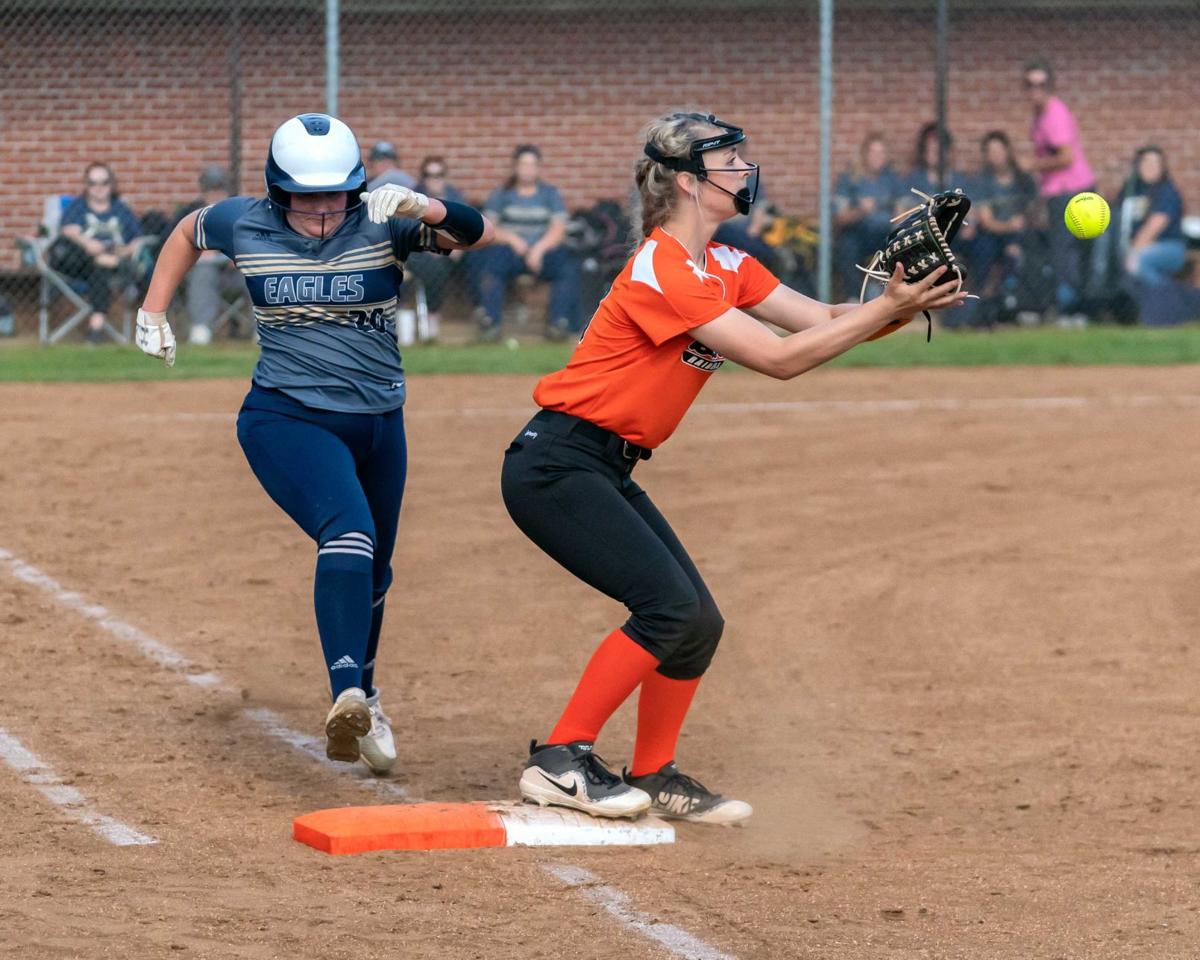 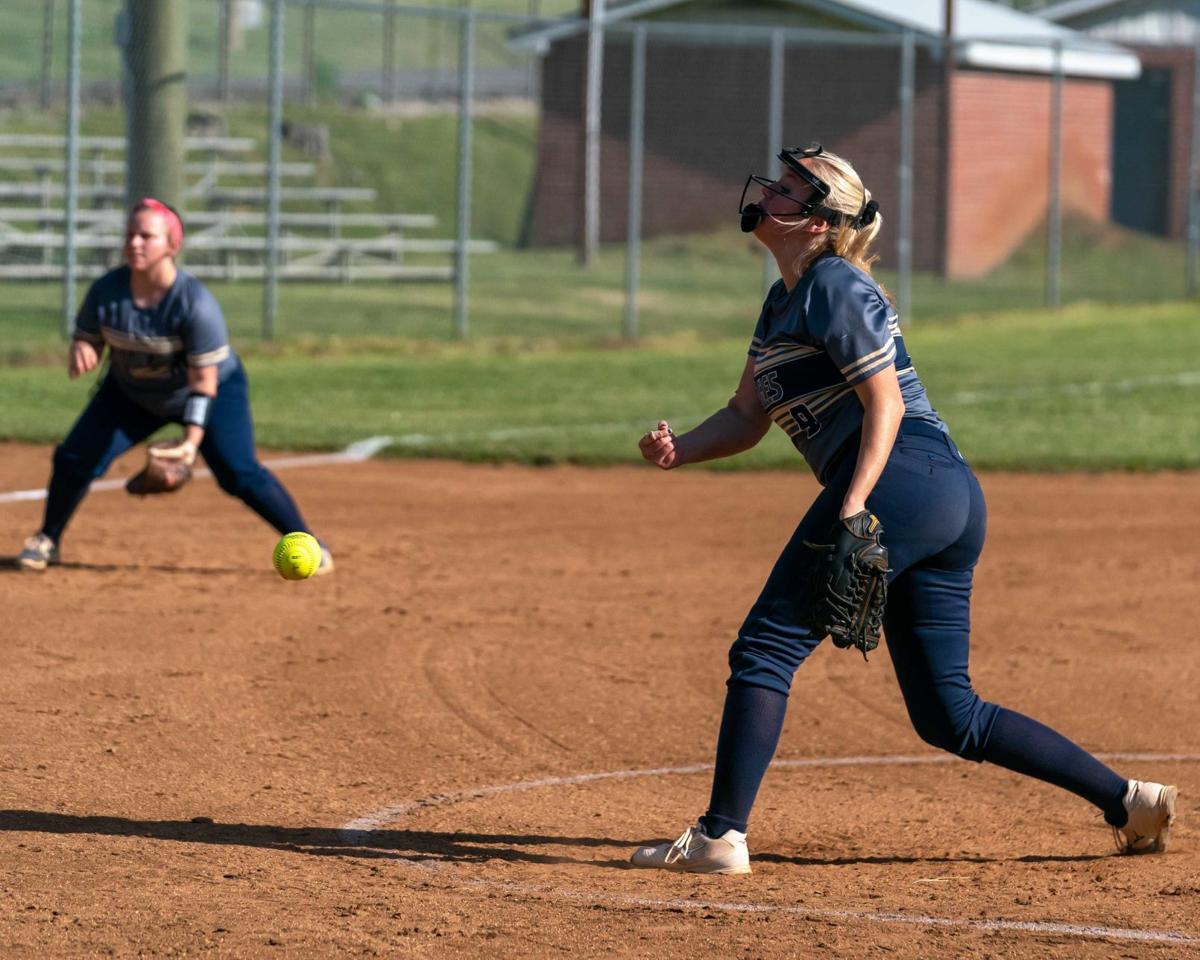 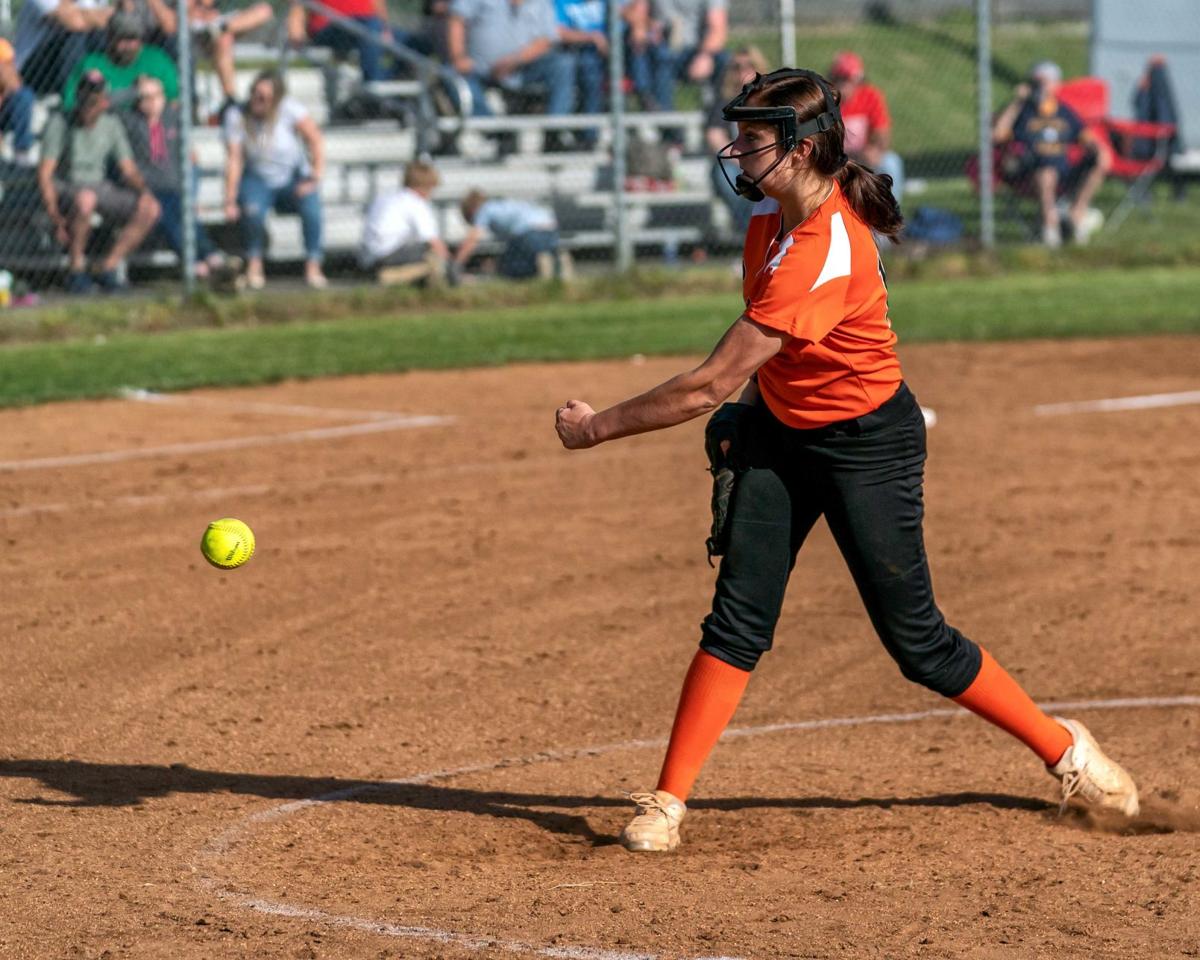 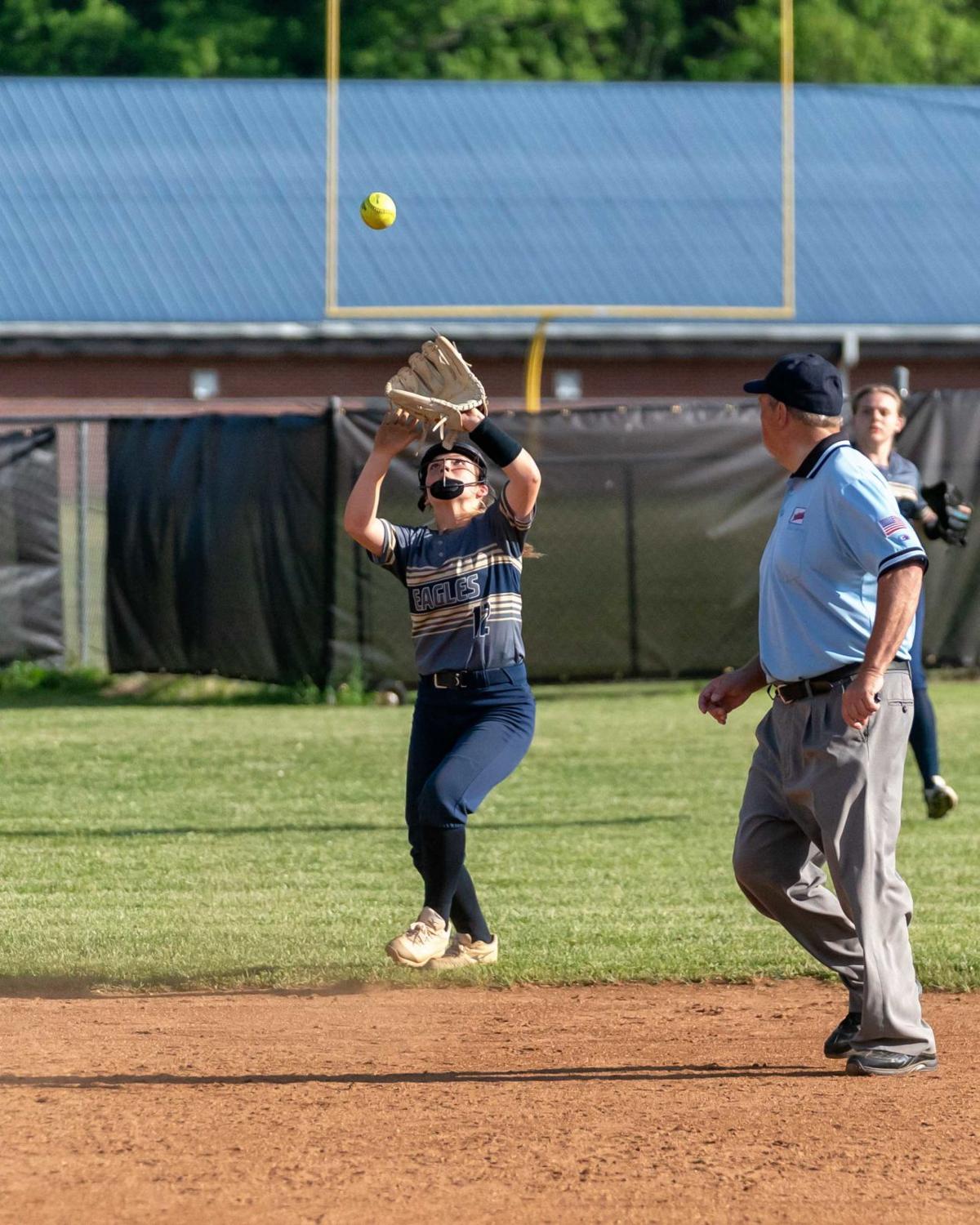 Eastside’s Maggie Odle (7) dives back to first ahead of the throw to Twin Springs’ Bell McCoy (10) during the Cumberland District championship game Thursday in Coeburn.

Eastside — sporting only one senior, outfielder Reiley McCoy, and one junior, third baseman Carrie Boyd — got strong pitching and timely hitting Thursday to take a 3-1 win over Twin Springs in the Cumberland District tournament championship.

The win secured the sixth district tournament championship for Eastside, which has also won all of the regular-season Cumberland softball titles in the school’s eight-year history.

Eastside (15-6), Twin Springs (14-8) and Rye Cove (9-13) advanced to next week’s Region 1D tournament. The Lady Eagles defeated J.I. Burton 6-2 in the consolation game to claim the district’s third seed in the regionals.

The Lady Spartans belied their youth by playing a solid game. Veteran coach Suzi Atwood said her team molded itself into a solid team throughout the year.

“This little bunch is really team-oriented and they’ve really learned how to trust each other.

“At first there was really a little of figuring that out, but now they’re each other’s best cheerleaders and motivators and they believe in each other,” the coach said.

Maggie Odle got a lot of cheers Thursday. The sophomore finished 2-for-4 with two RBIs.

Odle delivered a single in the second inning that scored Cloey Bailey and doubled in the fourth to drive in Anna Whited.

“I just came out and did what I’ve done all year in practice and what they’ve taught me to do,” said Odle, who noted that youth is not an obstacle for the Lady Spartans.

“We’re young but we work really good as a team. I think this is just the beginning,” she said.

Odle scored Eastside’s first run in the first inning after reaching on an error. Odle eventually came home on a single by Boyd.

TRYING TO BREAK THE CURSE

Twin Springs beat Eastside last year to win the Cumberland tournament title, but the Lady Titans went 0-3 this season against their rivals despite a solid year.

“There’s a spell somewhere between Twin Springs and Eastside that we can’t find the magic potion for,” Twin Springs coach Tim Lawson said. “I thought we had it. We practiced hard throwing what (Eastside pitcher) Elizabeth (Brace) throws. We thought we were ready for her. I think we were physically. We’ve just got to get there mentally.”

Twin Springs’ run came in the fourth. Chenoa Dean singled and later scored on a double from Emaleigh Powers, who had two of her team’s five hits.

Kennedy Taylor went 2-for-4 and six other Rye Cove players had a hit in the win over Burton (11-12).

The victory put the Lady Eagles into Wednesday’s Region 1D first-round game against the third seed from the Black Diamond District.

Lexie Rhoten picked up the win for Rye Cove. She tossed a complete- game four-hitter, giving up two runs with five strikeouts and one walk.