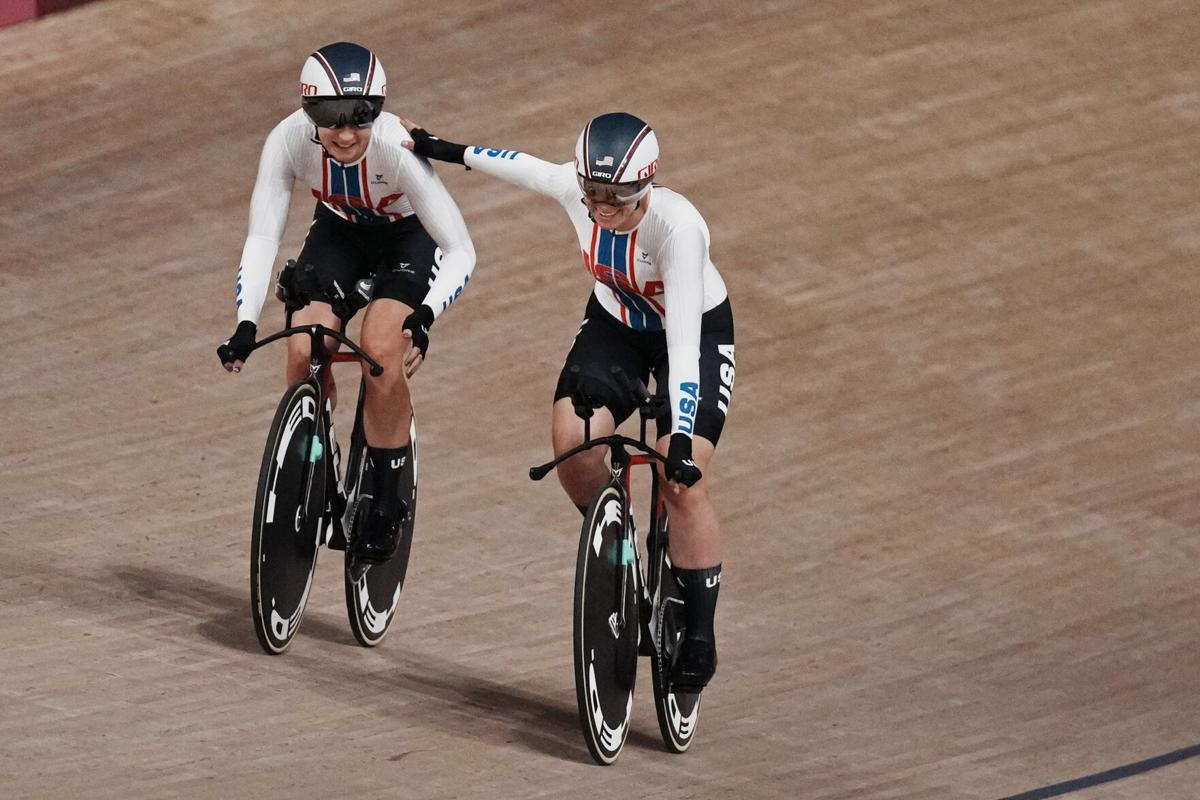 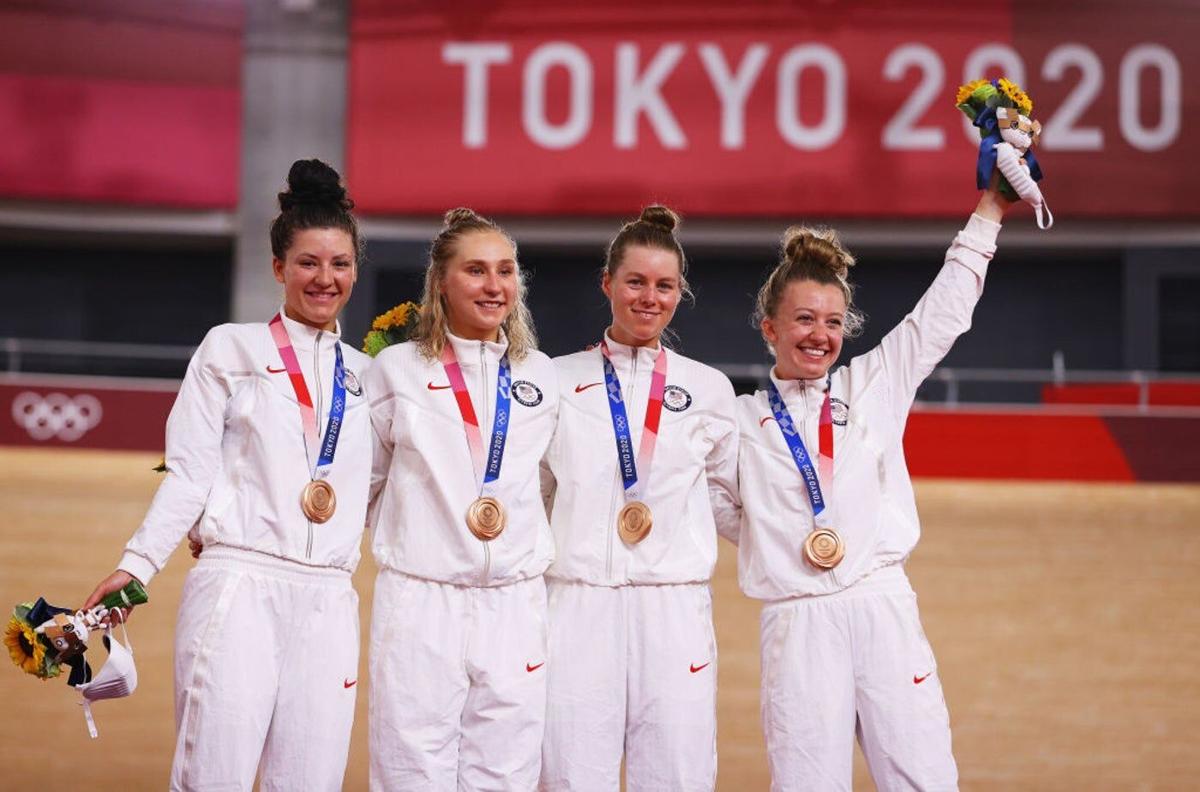 Megan Jastrab, second from left, and her bronze medal-winning Team USA mates smile from the podium on Tuesday in Izu, Japan. 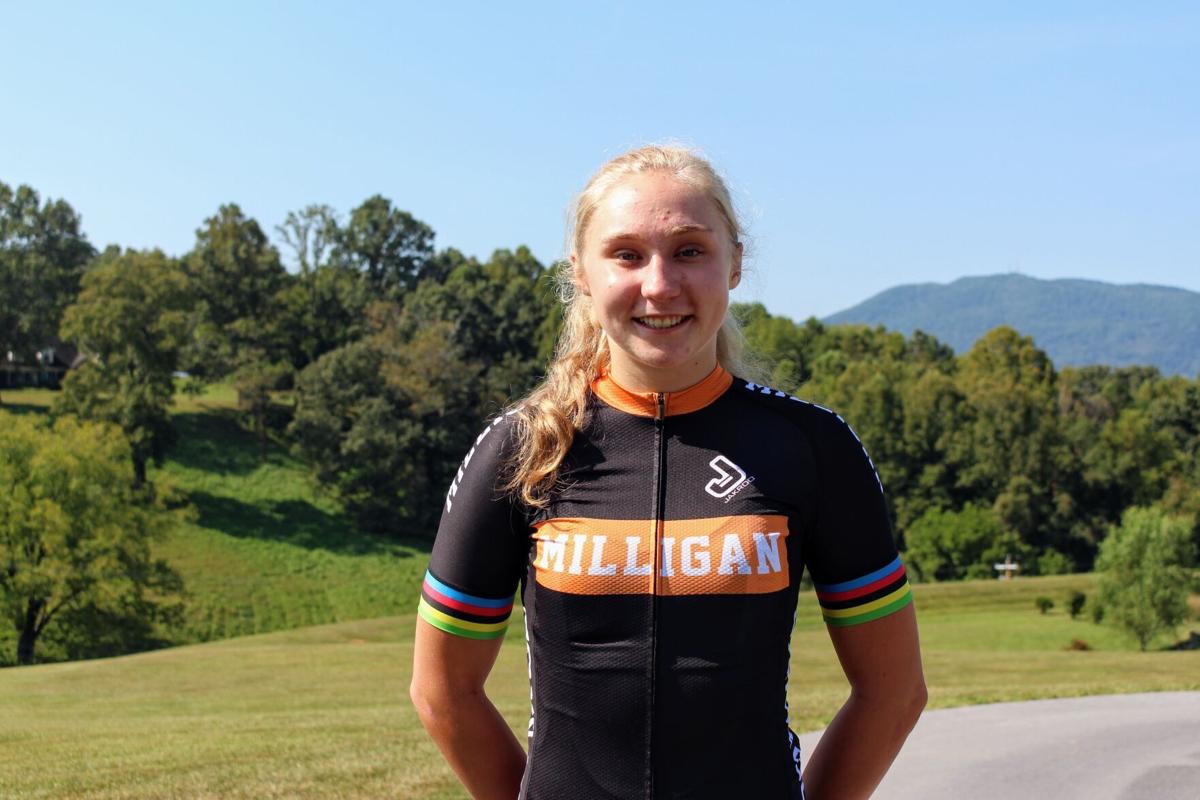 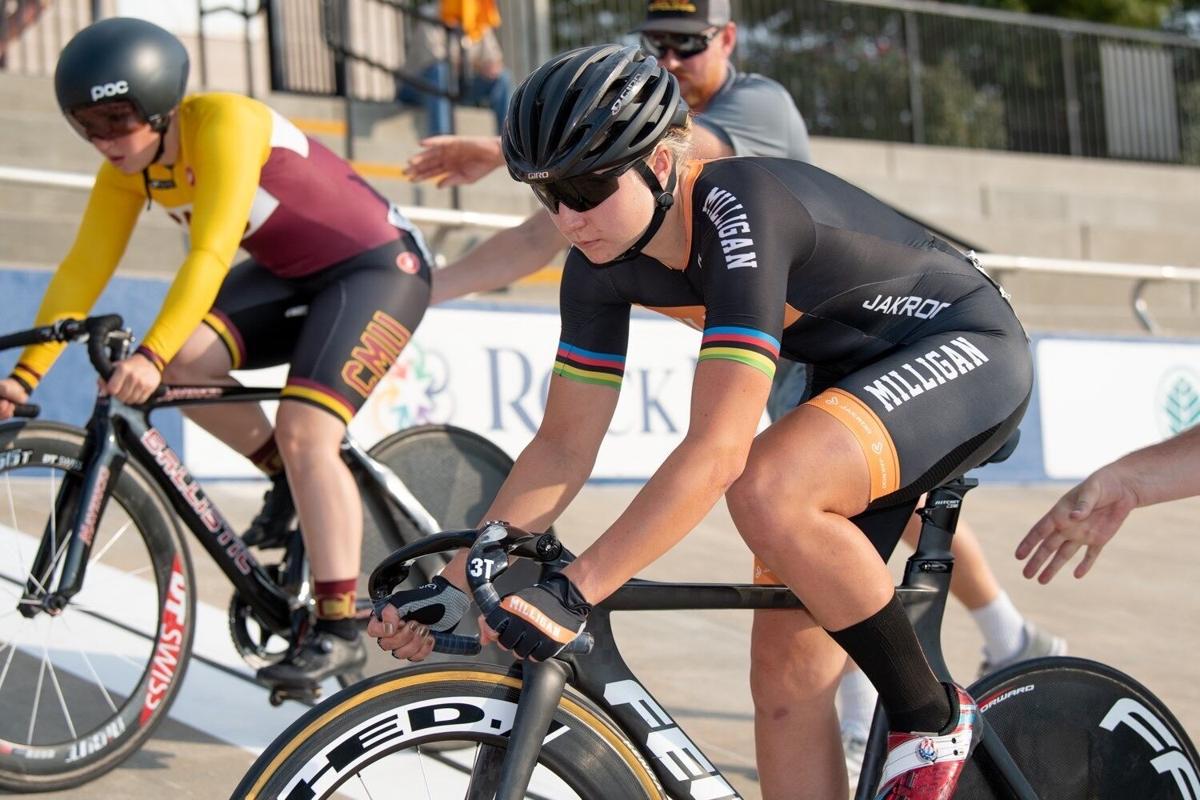 Megan Jastrab, second from left, and her bronze medal-winning Team USA mates smile from the podium on Tuesday in Izu, Japan.

Zack Nave couldn’t hold back as he watched Megan Jastrab race in the Olympics on television.

The Milligan cycling coach was witnessing one of his athletes on the world’s biggest stage and she was making her team — and entire university — proud.

Jastrab, who will be a junior at Milligan this year, earned a bronze medal in the team pursuit.

The native of Apple Valley, California, was joined in the event by Chloe Dygert, Jennifer Valente, Emma White and Lily Williams. Jastrab, White, Dygert, and Valente competed in the bronze-medal race and posted an American-record time of 4:07.579 to beat Canada’s 4:10.552.

Germany won the gold and Great Britain earned the silver.

“I know what this means to Megan,” Nave said. “She’s talked about what her goals were and making the Olympic team was one of them. She shoots for the stars. She works hard and she’s been able to achieve everything she sets her mind to. Not only did she make the Olympic team, but she medaled. That’s really something.”

Jastrab, who has another event to run at the Olympics, is scheduled to return to action for Milligan in September. She’ll be bringing some hardware with her on the trip back from Tokyo.

“I just want her to take a step back and let it soak in,” Nave said. “She’s such a hard worker. She’s not big on being complacent and I’m sure she’s ready to move on to the next goal, but this will be one to soak in for sure.”

Jastrab’s accomplishment happened when most of Northeast Tennessee was still asleep, but word quickly spread that the area had its very own Olympic medalist.

“We’re all thrilled and proud of her,” said Mark Fox, Milligan’s recently retired athletic director. “It was exhilarating, really. I got chill bumps. For a current (Milligan) athlete to do something like that is just great. It couldn’t come for a better young person.

“For all of that to come together for a 19-year-old who is such a committed student and committed athlete is just exhilarating.”

In a sign of the times, Fox mentioned that Jastrab could benefit financially from the medal now that college athletes are allowed to profit from their name, likeness and images.

“I would think some local businesses would want to do the NIL thing with her, for her work ethic and her quality personality,” Fox said. “She’s a person of such high character. She’ll be very humble, but I’m sure she’s very excited.”

Jastrab will race in a something called the Madison on Friday. It’s an event Nave calls “controlled chaos,” during which teammates actually sling each other forward trying to maintain speed during a relay.

“You’ve got to be a little crazy to do cycling in general,” Nave said. “But that track racing is a little more crazy.”

Now when Nave is on the recruiting trail, he’ll be able to tell prospective athletes that he coached an Olympic medalist.

How did a California girl wind up in Northeast Tennessee on her way to Olympic stardom in Japan?

“She loves Milligan,” Nave said. “She loves the area. She loves the training area, the four seasons, the mountains. There’s just a lot to it, a lot of things that drew her here.”