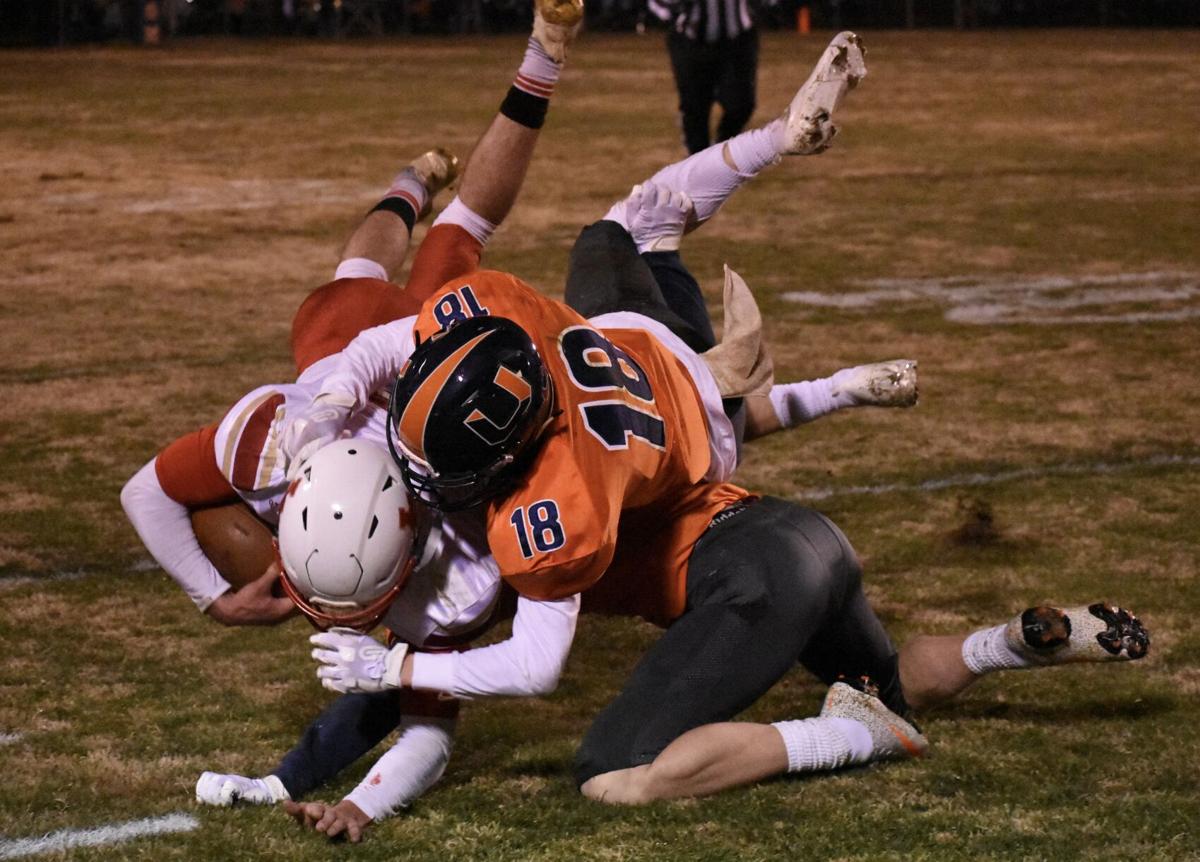 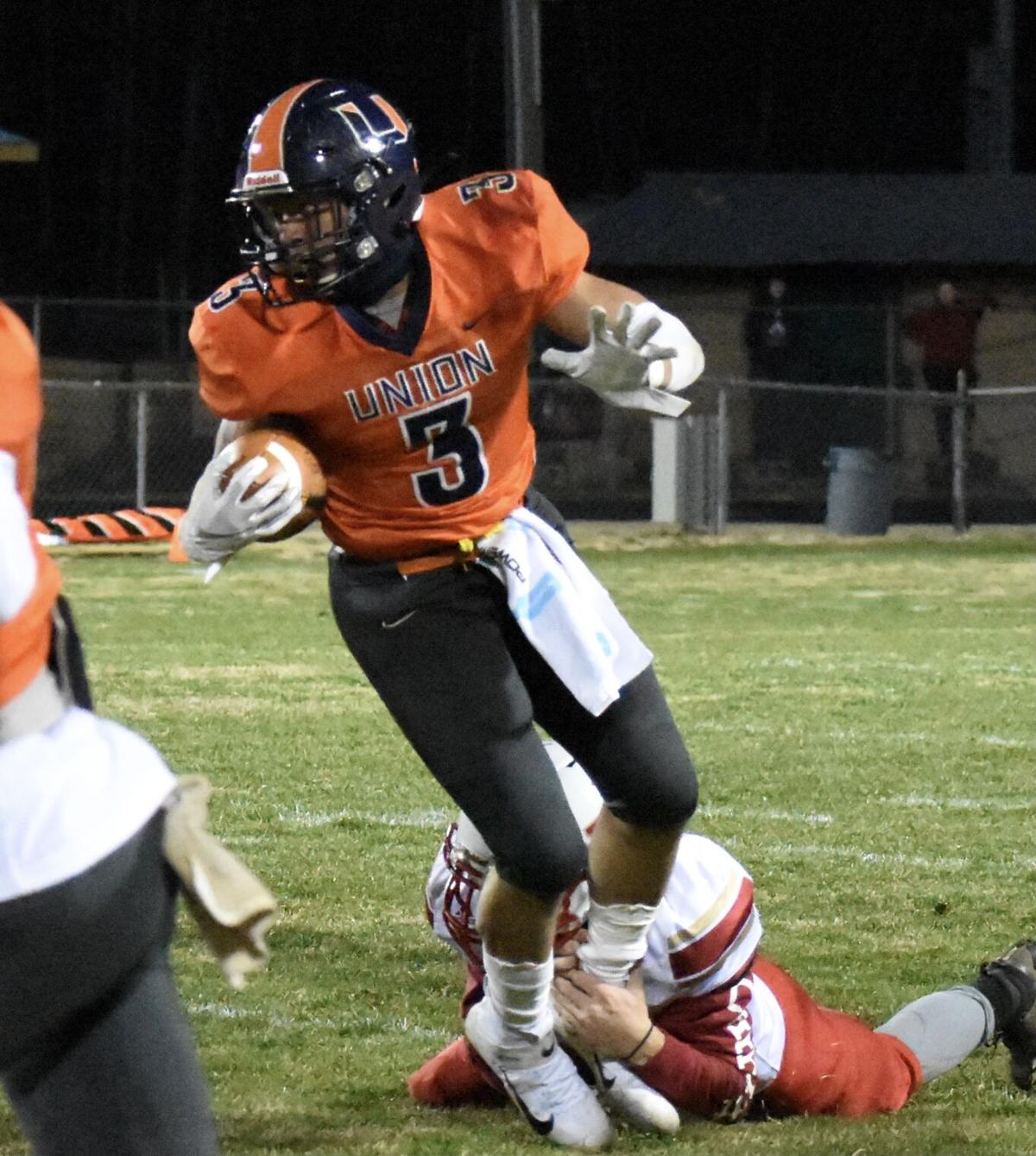 BIG STONE GAP — The “spring” football season has sprung in Southwest Virginia and Union churned the soil at Bullitt Park on Monday night with a strong ground game in a 28-0 win over Mountain 7 District foe Lee.

Bears junior running back Zavier Lomax catapulted himself onto the scene in a big way with 127 yards and three touchdowns on just 11 carries.

Lomax was hurt late in the second quarter with an apparent hip injury, but returned and played in spurts until the final buzzer sounded.

On Union’s second play from scrimmage, Lomax electrified the pandemic-limited crowd at Bullitt Park with a 50-yard scamper that broke open the game.

“We ain’t had a whole lot of practice. The biggest thing is our timing isn’t where it needs to be,” Union coach Travis Turner said. “Zavier looked really crisp and sharp there coming out of the box in the first couple of drives. We got up quick there 14-0 and we just mellowed out.”

Even though Union’s ground-and-pound game was strong, its defense was even better, holding Lee High to just 86 yards of offense.

“That’s another thing you worry about, because we haven’t had a whole lot of full contact,” Turner said. “I thought we did a good job of containing their offense and slowing them down tonight.”

The Generals (0-1) did not pass midfield until the final possession of the game.

Lee junior quarterback Tanner Laster was harassed all night by the Union front, getting sacked three times and being hurried multiple others.

For the game, Laster completed 8 of 14 passes for 62 yards. He was sacked on the final play.

Both teams had a rough time getting much of anything going rhythmically in this beginning of a most unusual season. Penalties were aplenty and so were the timeouts that had to be used to get players lined up in the right position.

“It’s expected to start slow when you have a 472-day layoff,” Lee coach Alex Haston said. “The resiliency of our guys with people filling in positions that they’ve never played and playing their guts out was good to see.

“We had guys that didn’t come off the field at all, playing all three levels,” Haston noted. “The positives that we look for are kids playing hard and we saw that tonight.”

Union’s other scorer was senior CJ Jones, who plunged into the end zone from 9 yards away later in the game.

Union will have a bye on Saturday and then travel to Gate City on March 5.

Lee will host Ridgeview on Saturday.