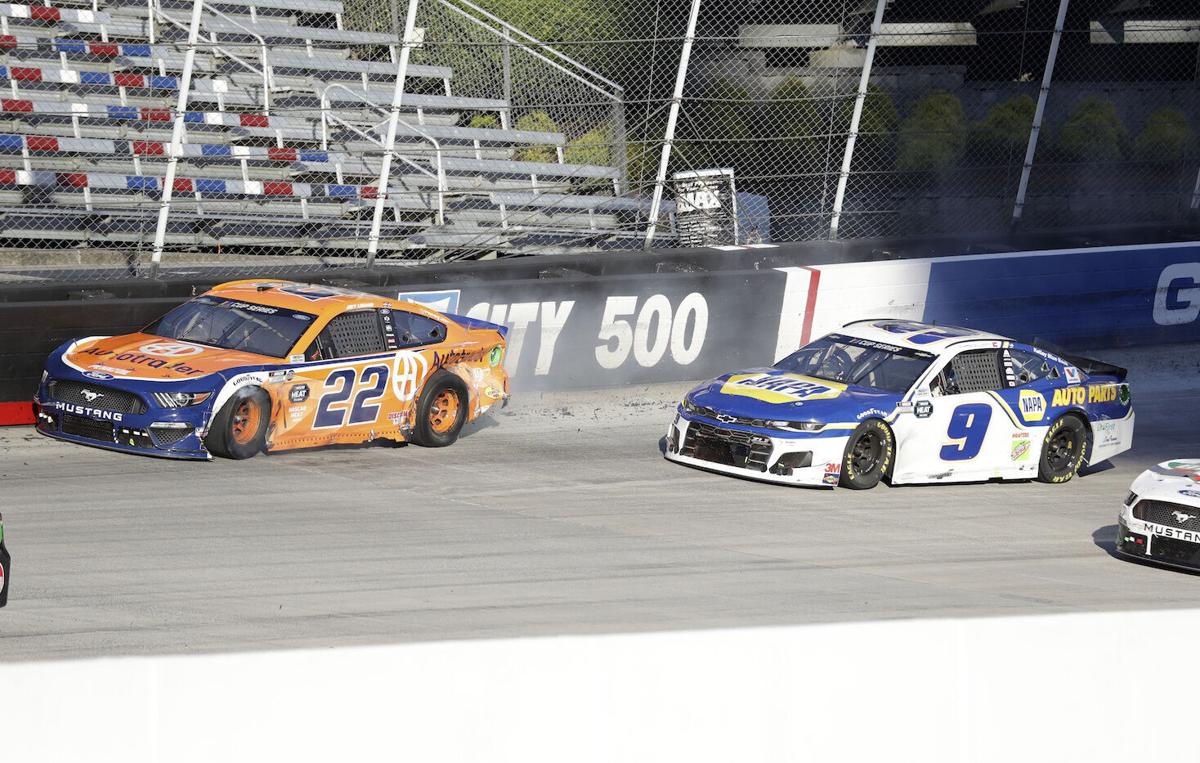 Joey Logano (22) and Chase Elliott (9) limp through turn 4 after colliding with three laps remaining in the May Food City presents the Supermarket Heroes 500 at Bristol Motor Speedway. The incident allowed third place-running Brad Keselowski to take the win. 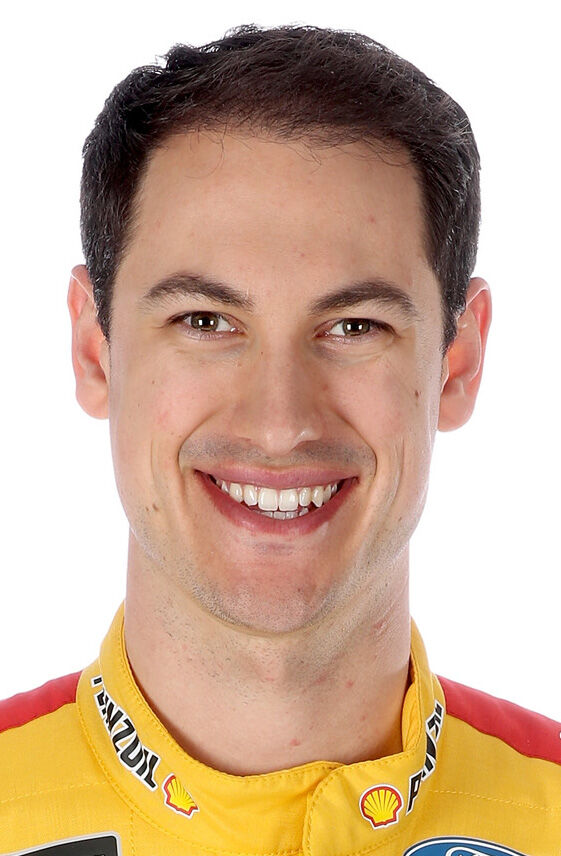 Joey Logano started the season as the hottest driver in the NASCAR Cup Series.

He and new crew chief Paul Wolfe won two of the first four races in the No. 22 Team Penske Ford before the season was shut down because of the coronavirus pandemic.

After scoring third-place finishes in the first two NASCAR playoff races at Darlington and Richmond, Logano feels his team is in position to show that strength again heading into Saturday’s Bass Pro Shops NRA Night Race at Bristol Motor Speedway.

“The challenges that COVID-19 brought to us have been tough to us as a race team with the changes,” Logano said during a BMS-hosted Zoom call. “It was a whole new team for me essentially. Without having practice, having that relationship of knowing what I want in the car has taken longer than we wanted to. But I feel like now we’re close to being in that championship mode. Our speed is more consistent and we’re running up front consistently.”

The 25-time Cup Series winner knows what it takes to run up front on Bristol’s high-banked short track. He won back-to-back night races in 2014-15 and led all 300 laps of the 2015 spring Xfinity Series race.

Logano’s 21st-place finish in May’s Food City presents the Supermarket Heroes 500 wasn’t indicative of how he ran. He had the lead in the closing laps until Chase Elliott made an aggressive move to pass on the inside, the drivers crashed into the wall.

Logano chuckled when asked whether he’d do anything differently if he had a do-over.

“What would I do different? What would he do different?” said Logano, who sits fourth in the points standings. “We’re going for the win and he drove it in there. I felt like I was an innocent bystander. I was on the outside and next thing I know, I’m up in the fence. It’s hard to say I would do anything different in that case. That’s short track racing, I guess.”

While Saturday night’s race isn’t designated as one of NASCAR’s premier races, Logano has no doubt it ranks as one of marquee events on the schedule.

And on Saturday night, Bristol is scheduled to host the largest crowd for a sporting event since the shutdown in March, surpassing the estimated 22,000 at the NASCAR All-Star Race. Logano is thrilled the fans will be back.

“That’s what makes Bristol so special,” he said. “They call it ‘The Last Great Colosseum,’ and it’s really like that. You have to have the fans there. You see the lights from the camera phones and all that go off at night — and it’s something special.”