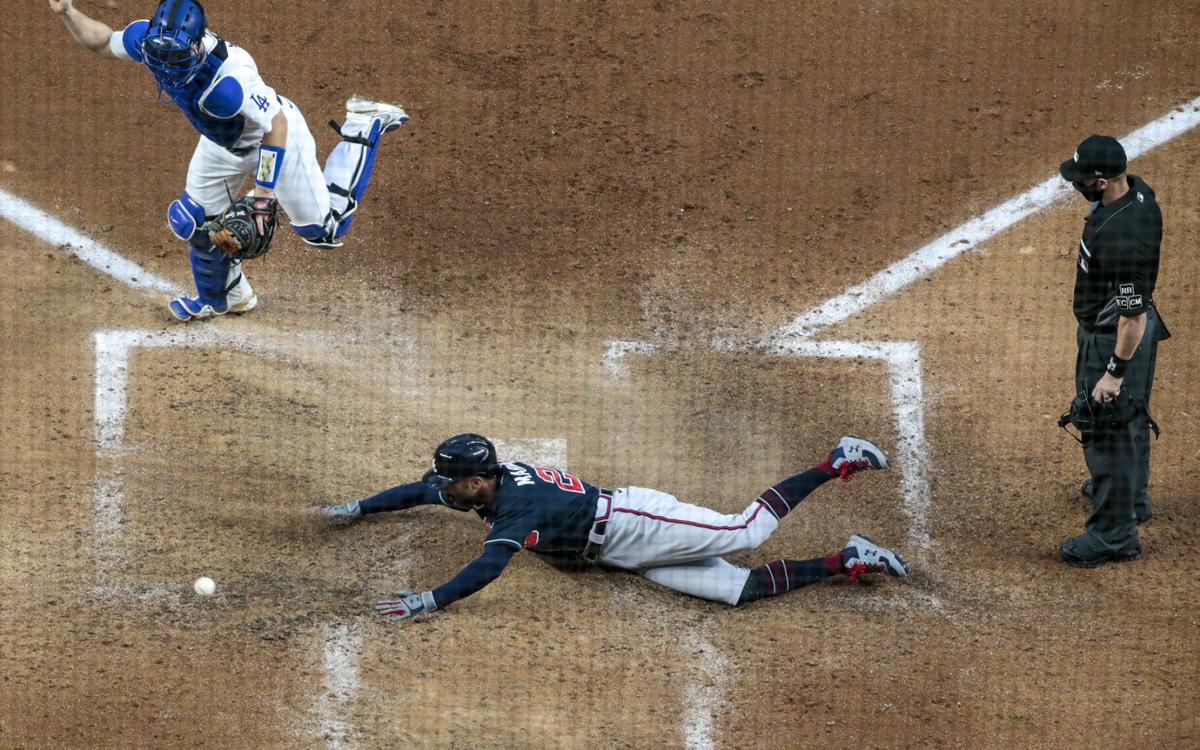 Umpire Will Little watches as Atlanta Braves baserunner Nick Markakis scores past Los Angeles Dodgers catcher Will Smith during the fifth inning of Game 2 of the National League Championship Series on Oct. 13 at Globe Life Field in Arlington, Texas. 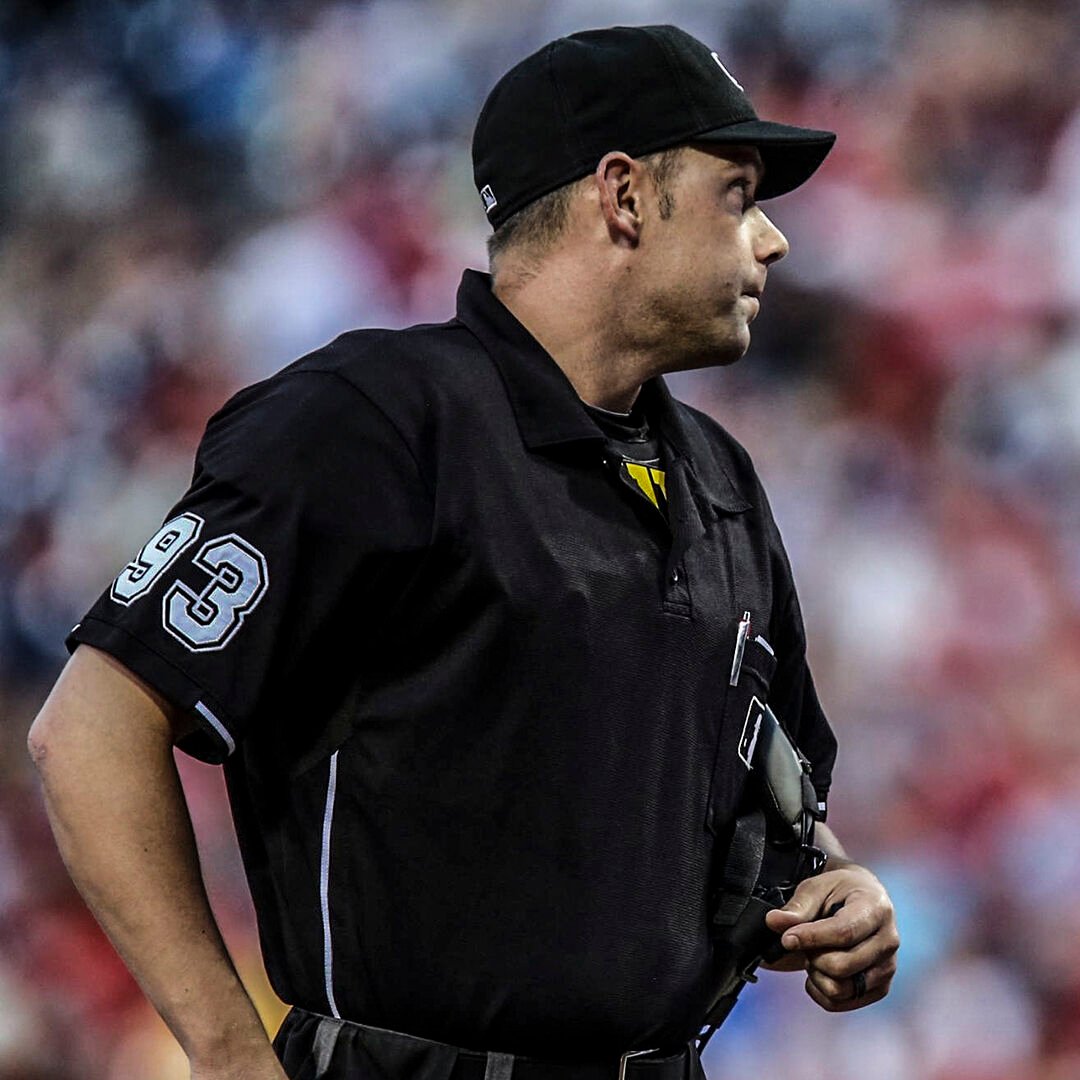 Umpire Will Little watches as Atlanta Braves baserunner Nick Markakis scores past Los Angeles Dodgers catcher Will Smith during the fifth inning of Game 2 of the National League Championship Series on Oct. 13 at Globe Life Field in Arlington, Texas.

JOHNSON CITY — It was the strangest year of his career, yet Will Little’s eighth season as a major league umpire was his most successful, based on how far he progressed in the postseason.

Little was chosen to work the National League Championship Series, the highest postseason assignment of his career, but when his family was finally allowed to come watch him work, they weren’t allowed near him. Thanks to the coronavirus pandemic, he spent weeks in isolation, not being allowed to go anywhere except the hotel and the ballpark.

Yes, it was a weird season for everybody, umpires included.

“The whole season was odd,” Little said as he unwound after returning home to Johnson City. “But it was still baseball, the ultra-competitive Major League Baseball. Somehow they got it done.”

The Science Hill alumnus worked the Chicago Cubs-Miami Marlins wild-card series and then went into quarantine waiting for the NLCS. He waited in a hotel room for a week while the division series were played.

When the Los Angeles Dodgers and Atlanta Braves emerged and the NLCS began, at least Little could go to work — but when the game was over, he was immediately whisked back to the hotel.

“That was the toughest part,” he said. “We couldn’t leave. It was very strict. They had security 24/7. We took shuttles that were only for MLB. The only time you left the property was to go to the ballpark. That was it.

“It was a big resort and they did a really nice job and the food was good. We had a few basketball goals so we could maybe shoot some basketball. We had a swimming pool, but that was it. The toughest part was trying to do an in-room workout. Maybe you could go get a walk in.”

Little said he spent some time reading financial stories on the internet and doing pushups and sit-ups in between.

When 12,000 fans were allowed in the NLCS, Little’s wife, Katy, and one of their children were allowed to attend the games. But because he was still in strict isolation, he was only allowed to wave to them from afar.

They still got to see their favorite umpire in action at the pinnacle of his career. Little was behind the plate for Game 2.

“I was super excited to get that assignment,” he said. “The crew I worked with was a tremendous crew. It’s one of those deals where you root so hard for your fellow umpires. The pressures that are involved in those games as an umpire, it’s hard to explain. It’s extremely high.

“On TV, whether it’s accurate or not, they’ve got a box on when you’re working the plate showing every pitch. It’s not like we’re not aware of those things. The last thing you want to do is miss a call. Trying to get everything right is such a difficult task. It takes an extreme amount of focus. But it’s our job. We do it for a living.”

So how did Little’s crew stack up in the NLCS, won by the Dodgers in seven games?

“I think, all in all, our umpires’ performances went really well,” he said. “It was a lot of fun. You could get used to that kind of stuff.”

The next step for Little is to work a World Series, something he said umpires get as excited about as the players.

“No question about it,” he said. “Everybody is wanting to work at the pinnacle of the sport. For a player it’s the highest level you can play. It’s no different for an umpire. You work a World Series, there’s nothing higher than that.

“If I ever get a World Series, that’s a goal of everyone. Hopefully I’ll be fortunate to get one some day.”

The Dodgers won the World Series in six games over the Tampa Bay Rays, but Little said all of baseball won this season just by playing.

“We got through it,” he said. “It was a miracle. Baseball did a fantastic job at managing the scheduling and making the proper changes and having the future sites that allowed the adjustments.

“We didn’t have a single umpire test positive for the virus. Aside from early on with a couple of teams, once we got going, I think it was all hands on deck. Everybody followed those protocols as closely as they could. It all worked and we got through the season. It was unbelievable.”

Now that it’s over, Little is enjoying Northeast Tennessee again.

“All I’ve seen is four walls in a hotel room and the ballpark,” he said. “I haven’t seen a whole lot over the last 3½ months. To get home and to be able to drive my own car around and see the city and the countryside was pretty neat.”