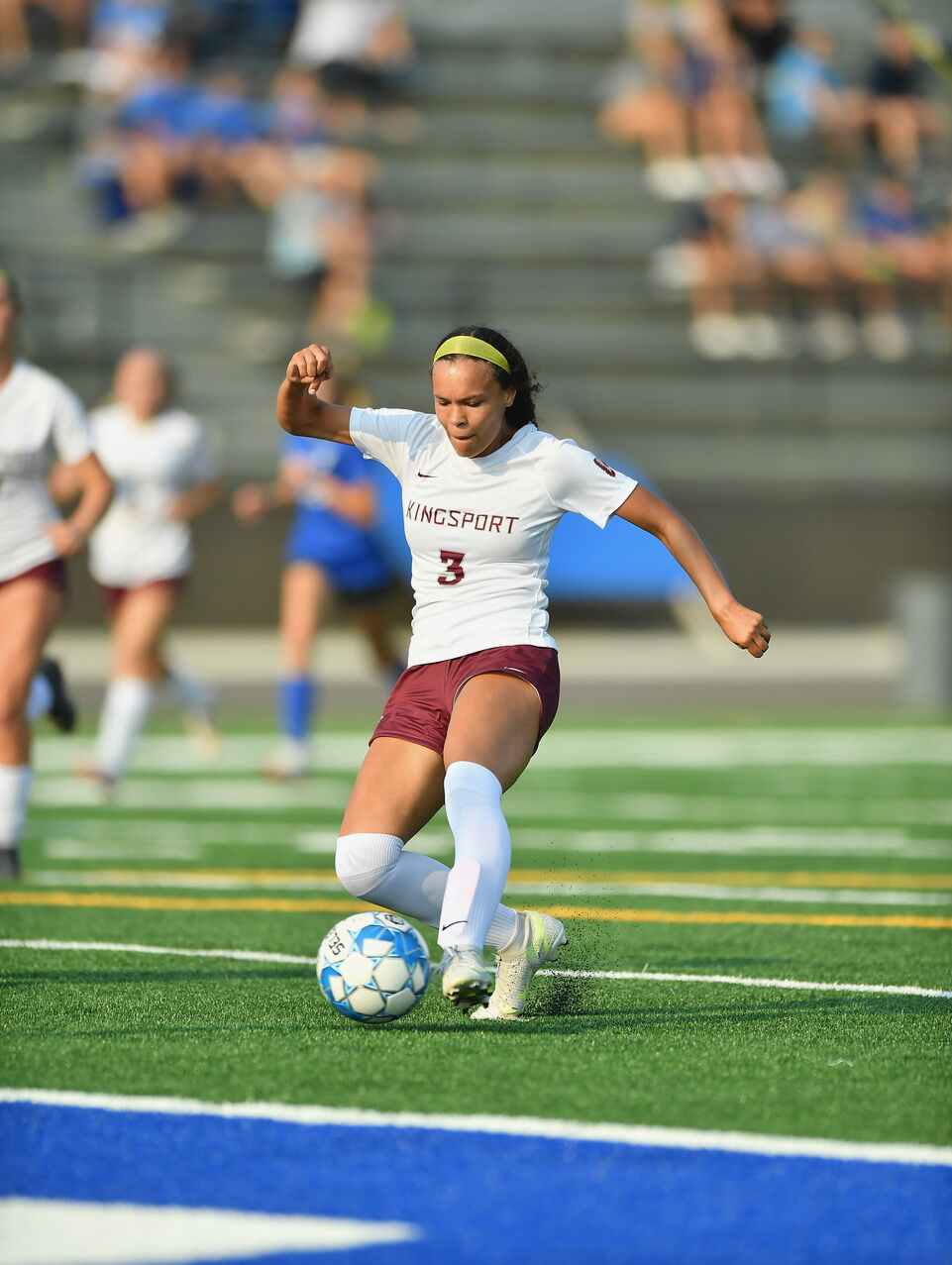 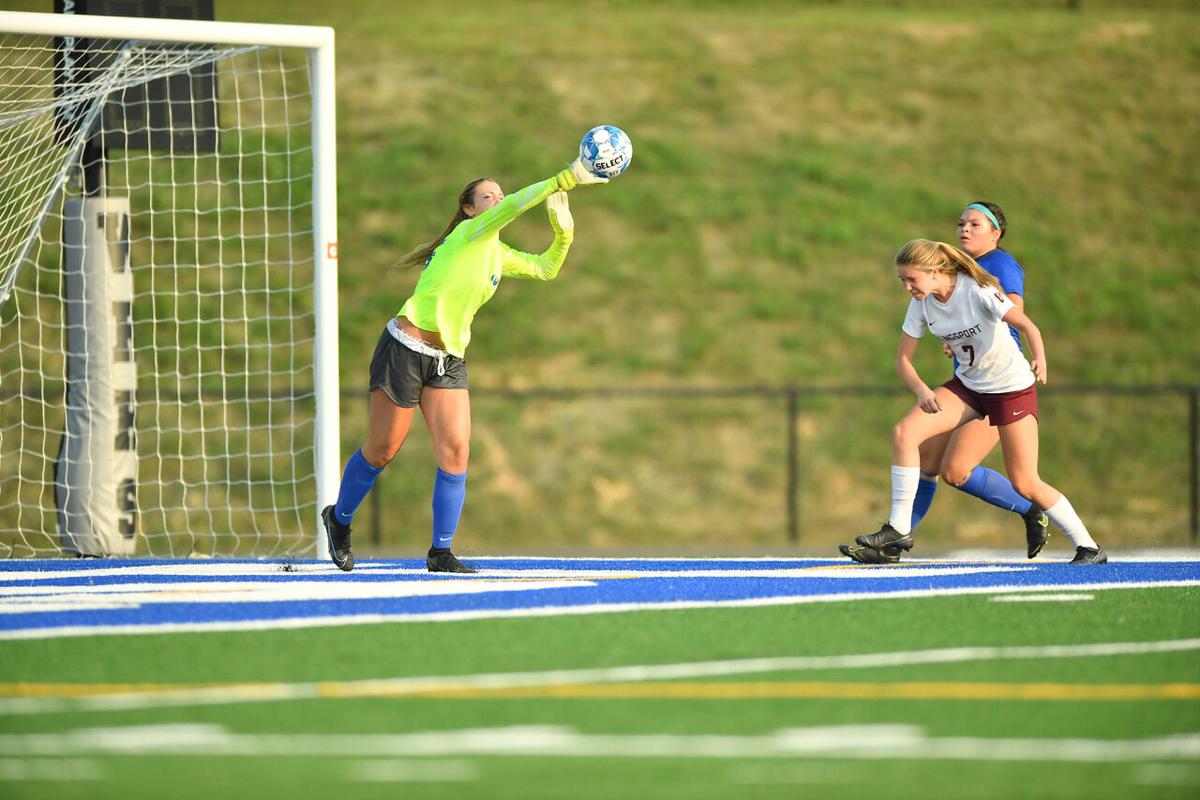 West Ridge goalkeeper Jaclyn West makes a save during Monday’s match against Dobyns-Bennett. 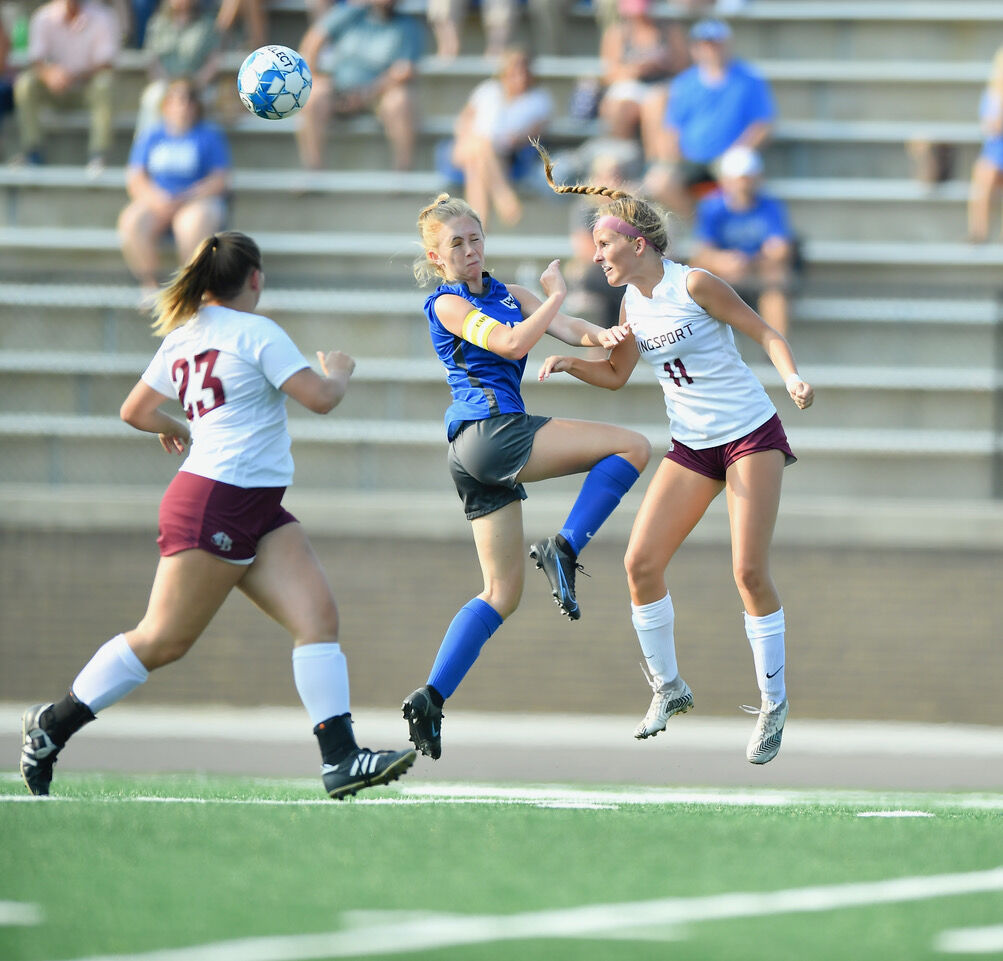 West Ridge goalkeeper Jaclyn West makes a save during Monday’s match against Dobyns-Bennett.

BLOUNTVILLE — Madeline Lyons scored two goals, one in the first 30 seconds, and Dobyns-Bennett rolled to a 5-0 road win over West Ridge in a District 1-AAA soccer match on Monday.

The fans had hardly settled in their seats when the Lady Indians struck. Payton Moore pounced on a loose ball and instantly crossed it to Lyons, who found the back of the net.

“It was just like we’ve been working on in practice,” Lyons said. “That’s the fastest I’ve ever scored a goal.”

Lyons, not wanting to waste any more time, added a second goal in the 12th minute after London Taylor served a ball over the West Ridge defenders and right onto the waiting foot of Lyons.

D-B’s offense produced eight more shots on goal in the first half but couldn’t get the ball past West Ridge goalkeeper Jaclyn West. The Tribe had to settle for a 2-0 advantage going into the second half.

“We’ve got to finish better,” said Lady Indians coach Tony Weaver. “We still have to work on linking our backline to the strikers. We just left a lot out there.”

Five minutes into the second half, the Lady Indians increased their lead to 3-0 when Ava Flanary scored off an assist from Isabella Stalnaker. Moore made it 4-0 in the 75th and Taylor added the final goal after converting an assist from Maggie Fleming in the 78th.

D-B finished with 15 shots on goal to three for West Ridge.

Despite the outcome, Lady Wolves coach Emily Robinette saw improvement from her team.

“Honestly, I’m pleased,” Robinette said. “We had a few mental breakdowns, but that may have been the best game we’ve played all season. If they continue to improve every game that’s all I can ask of them.

“The girls left everything out on the field. We’re trying to grow this program and I think we are growing.”

Madeline Lyons scored two goals, one in the first 30 seconds of the game, and Dobyns-Bennett rolled to a 5-0 road win over West Ridge in a Dis…