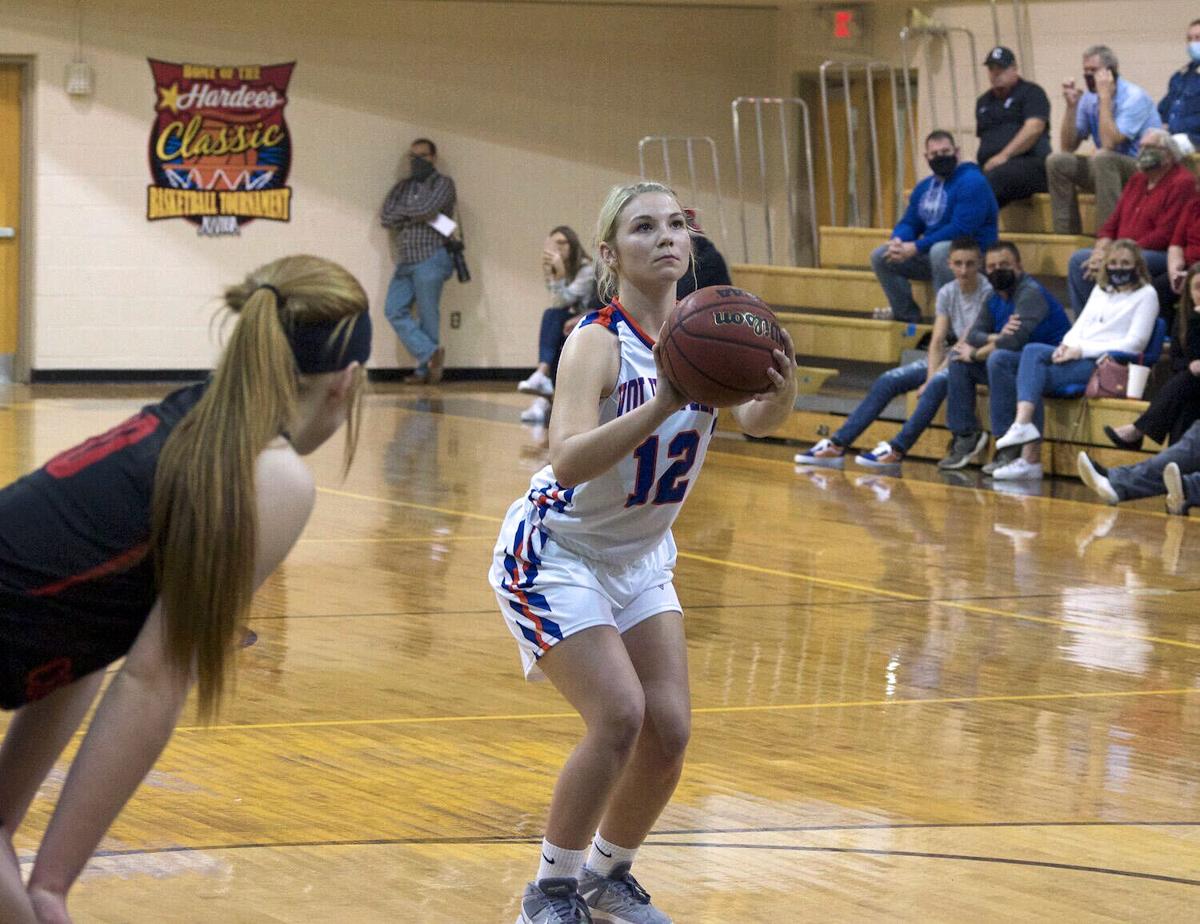 Volunteer’s Kenady Knittel, a senior shooting guard, is leading the way in a diverse scoring offense for the Lady Falcons by netting 11 points per game. 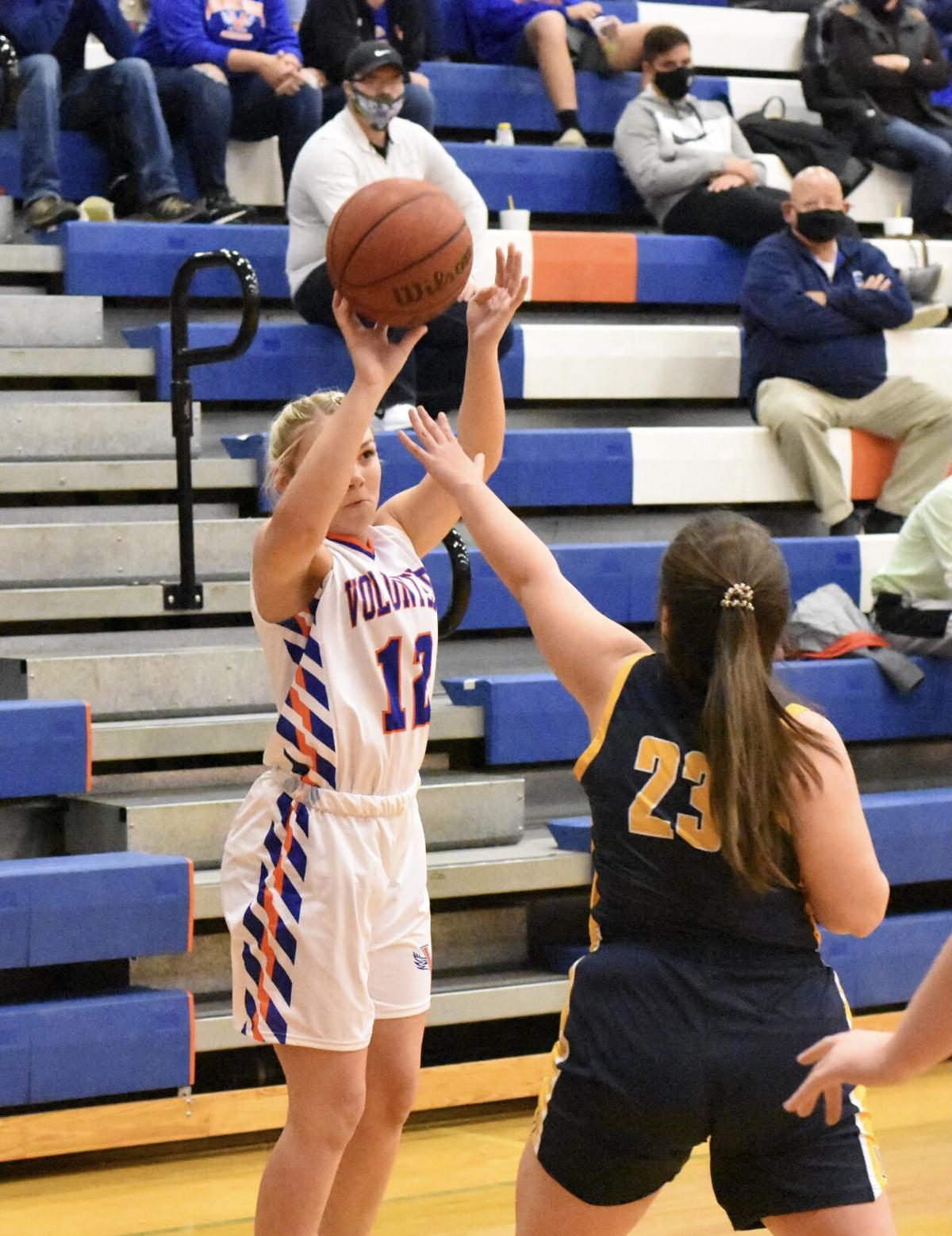 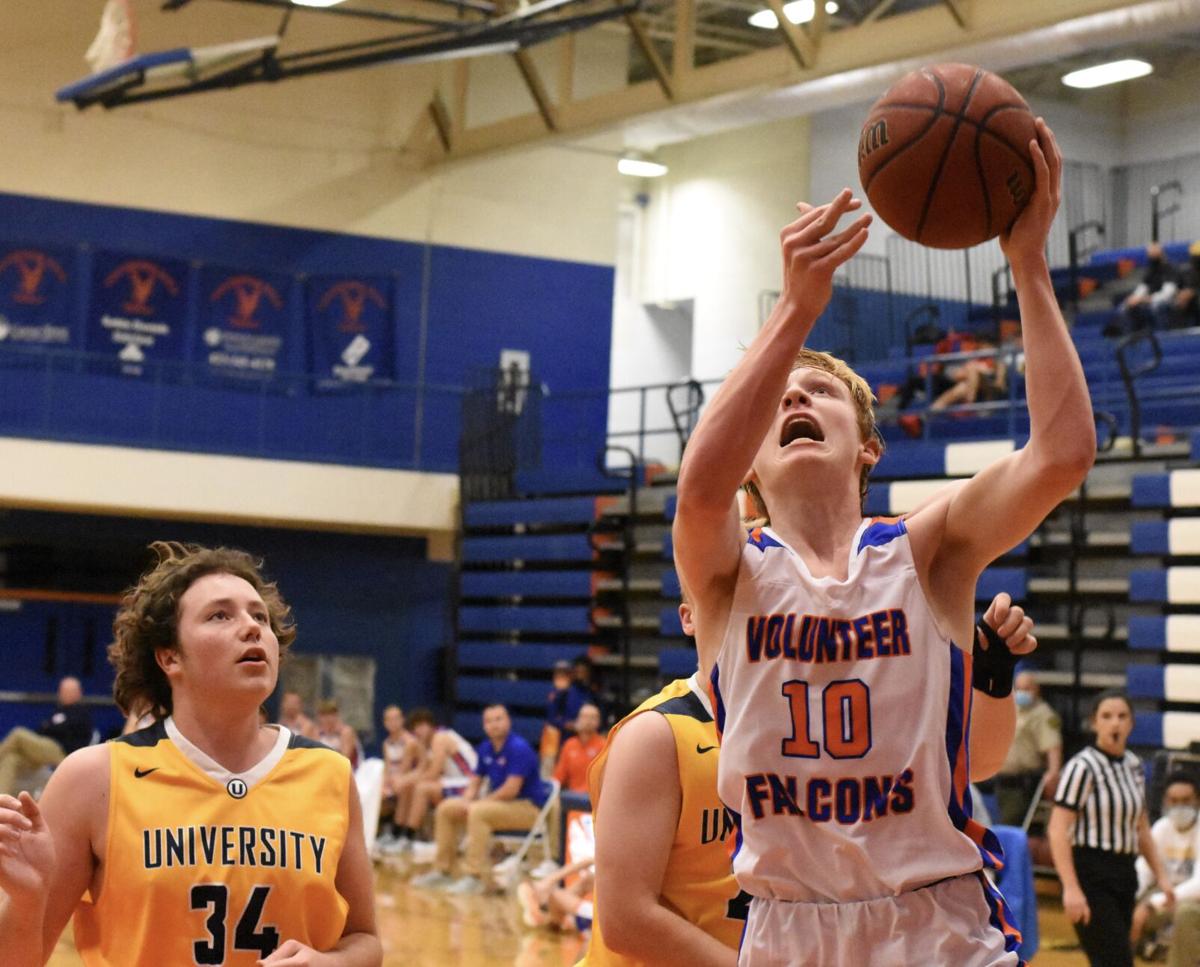 Volunteer’s Andrew Knittel, a sophomore, is spearheading the attack for a youthful boys team that is full of long-range snipers by averaging 13 points. 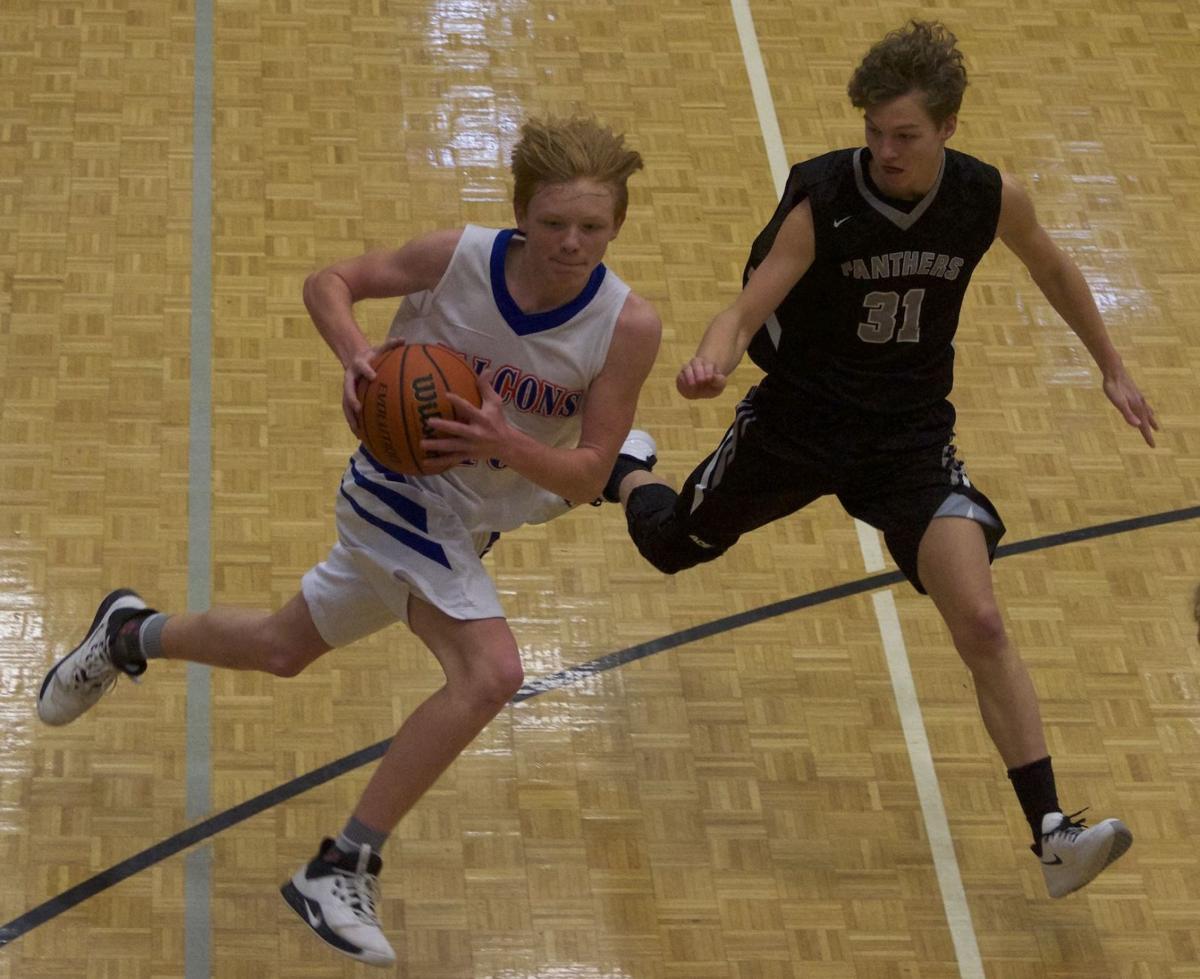 Volunteer’s Kenady Knittel, a senior shooting guard, is leading the way in a diverse scoring offense for the Lady Falcons by netting 11 points per game.

Volunteer’s Andrew Knittel, a sophomore, is spearheading the attack for a youthful boys team that is full of long-range snipers by averaging 13 points.

CHURCH HILL — Forged from a rivalry that came at an early age, siblings Kenady and Andrew Knittel have come onto the scene in a big way for the Volunteer basketball teams in the last few years.

“Our father really started it all,” Kenady said. “He’s had us into it since we were like 8 years old. Andrew actually started first, and then I wanted to do it because we had a goal in our front yard.”

Kenady, a senior shooting guard, is leading the way in a diverse scoring offense for the Lady Falcons by netting 11 points per game.

Andrew, a sophomore, is spearheading the attack for a youthful boys team that is full of long- range snipers by averaging 13 points.

“It goes a long ways back because they’ve been doing that since they were little,” Volunteer girls coach Tyrone Smith said. “It’s weird having them play at the same time, but it’s fun for the parents. It’s good for the community, too.”

It’s rare to have a brother-and-sister combination as scoring leaders for their respective teams, but it should come as no surprise to anyone who has watched the Knittels grow up.

“Andrew and my dad were always outside, and then I wanted to come out,” Kenady said. “When Andrew and I were on the same team, my parents would have to force Andrew to pass me the ball.”

There have been many car rides home comparing efforts in the evening, but when there is bad game on both of their parts, Mom is the escape route.

Smith has been one of the constant figures in the Knittels' lives, having coached Andrew in travel ball.

“I’ve coached Andrew since he was in the first grade in travel ball,” Smith said. “Ever since then, there has always been a little rivalry, and that makes it fun for the car rides home.”

“One of the first weeks I had of travel basketball, I played against (Smith’s) team and he called my dad after the game to see if I wanted to play with him,” Andrew said. “I’ve played with him ever since, and then he got the job here.”

“(Smith) made me a shooter, and he’s the reason I shoot the way I do today,” Kenady said. “He fixed my shot.”

As to who is the better shooter, that argument is always up for debate.

“If you have access to stats, it’s not close,” Andrew said. “If you want to defend her case, don’t pull up averages.”

Kenady may be the best pure shooter, but Andrew has a more well-rounded game and can get to the basket on a drive.

“Andrew is amazing at creating his own shot,” Kenady said. “He has more athletic ability, and he’s a lot faster.”

The two critique each other and are often spot-on.

“For her, the biggest weakness is probably her ability to create her own shot,” Andrew said. “During games, if somebody just stands near her, they can take her away.”

“I would say that Andrew gets in his own head,” Kenady said. “If he doesn’t do well in the first few minutes, it’ll affect him the rest of the game. He’s gotten better at it, though.”

When Volunteer plays a double-header, there’s a little added pressure for one to do better than the other.

“There is a little bit of pressure because I know she can get the big head, and I always want to do better,” Andrew said.

“There was one game where the student section chanted ‘Where’s your sister?’ ” Kenady said.

At heart, the two are as close as a brother and sister can be and proud of each other’s accomplishments.

“Even though he doesn’t believe it, I am proud of him and the things he’s done,” Kenady said. “I’d feel bad for him if he had a bad game because I knew that feeling.

“I’ve always thought that it’s cool to have a sibling to go to workouts with and suffer together.”

Added Smith: “I’ve always said that God works in mysterious ways. Who would’ve known that I’d get to coach both of them a few years ago? It’s crazy to think that I started with them and now I’m going to get to see both of them graduate.”