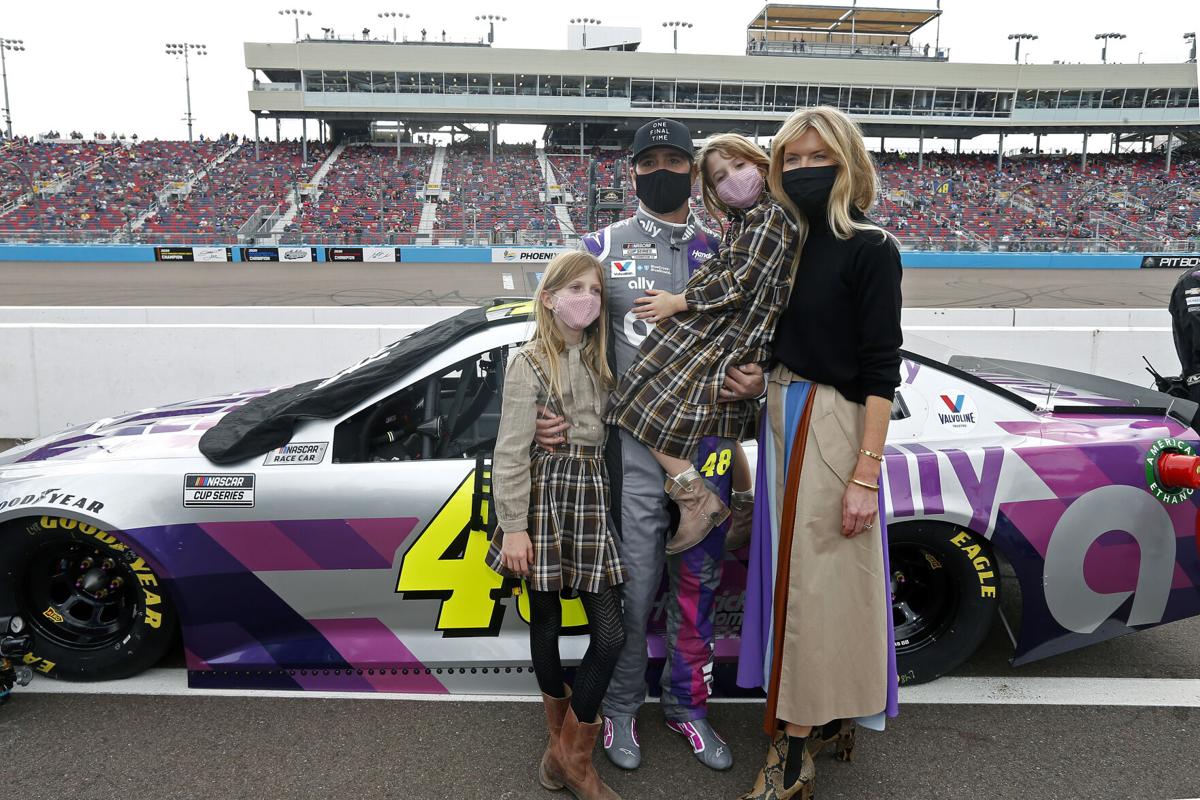 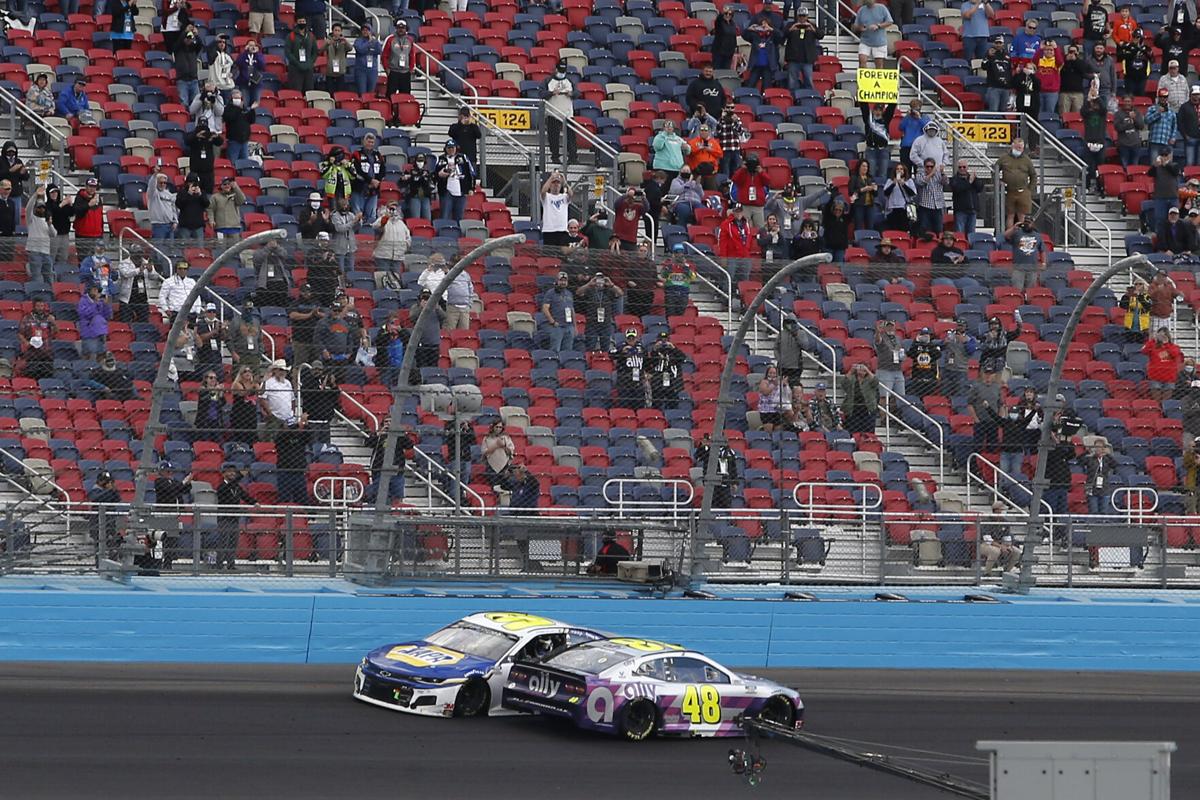 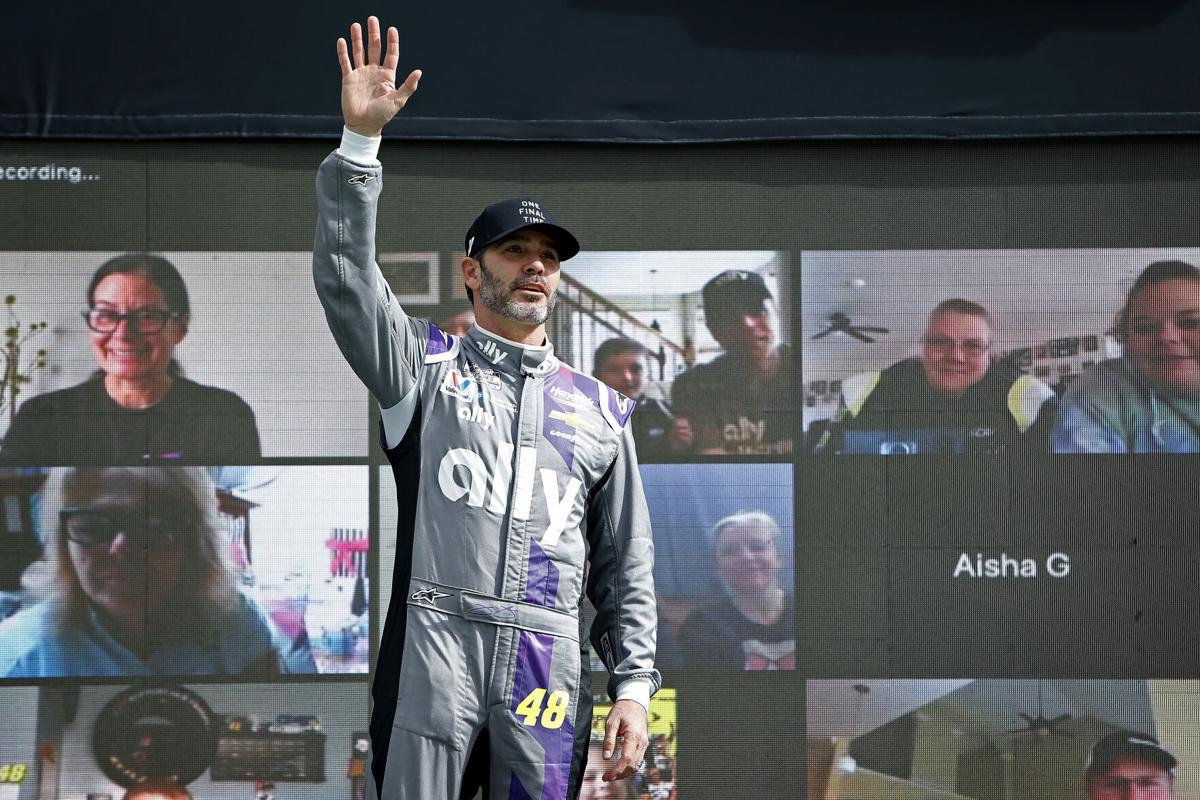 Jimmie Johnson waves to the crowd during driver introductions Sunday at Phoenix Raceway in Avondale, Ariz.

Jimmie Johnson waves to the crowd during driver introductions Sunday at Phoenix Raceway in Avondale, Ariz.

The last three years of Jimmie Johnson’s NASCAR career were unremarkable as far as on-track performance, but the seven-time champion made an indelible mark on the sport.

Johnson, who retired from full-time competition after Sunday’s race at Phoenix, will transition to IndyCar racing next season. He leaves stock car racing tied with Richard Petty and Dale Earnhardt as NASCAR’s only seven-time Cup Series champions.

Along the way, he became the first auto racing driver to be named the Associated Press male athlete of the year.

The only major prize to elude him was the Bristol Night Race, but he was a two-time winner of the Food City 500.

Over much of his career, which started with Johnson finishing runner-up to Ryan Newman in the 2002 Rookie of the Year standings, the driver of the No. 48 Chevrolet was paired with crew chief Chad Knaus.

Critics of Johnson point to Knaus pushing the limits of the rules and occasionally going over those limits as reasons not to put him in the same esteem as Petty or Earnhardt. Others have discounted Johnson’s championships for coming in the playoff era instead of titles being determined for the overall performance of the season.

Johnson ranked ahead of Earnhardt in wins (83-76) and poles (36-22), although Earnhardt held the edge in top-five and top-10 finishes. Earnhardt definitely finished his career on a stronger note, runner-up in his final season before his fatal crash in the 2001 Daytona 500.

At the end of the day, Johnson matched the two legends in championships and was a great representative for the sport off the track.

Johnson has been praised heavily for his charity work as well as the way he has treated those inside the sport. Younger drivers have talked about his willingness to help out.

Now, Johnson will embark on a new chapter in his racing career. He successfully made the transition from off-road champion to stock car champion. While he’s going to be a 45-year-old rookie in Indy Car, one believes Johnson will embrace the challenge with the spirit of one of motorsports’ greatest champions.