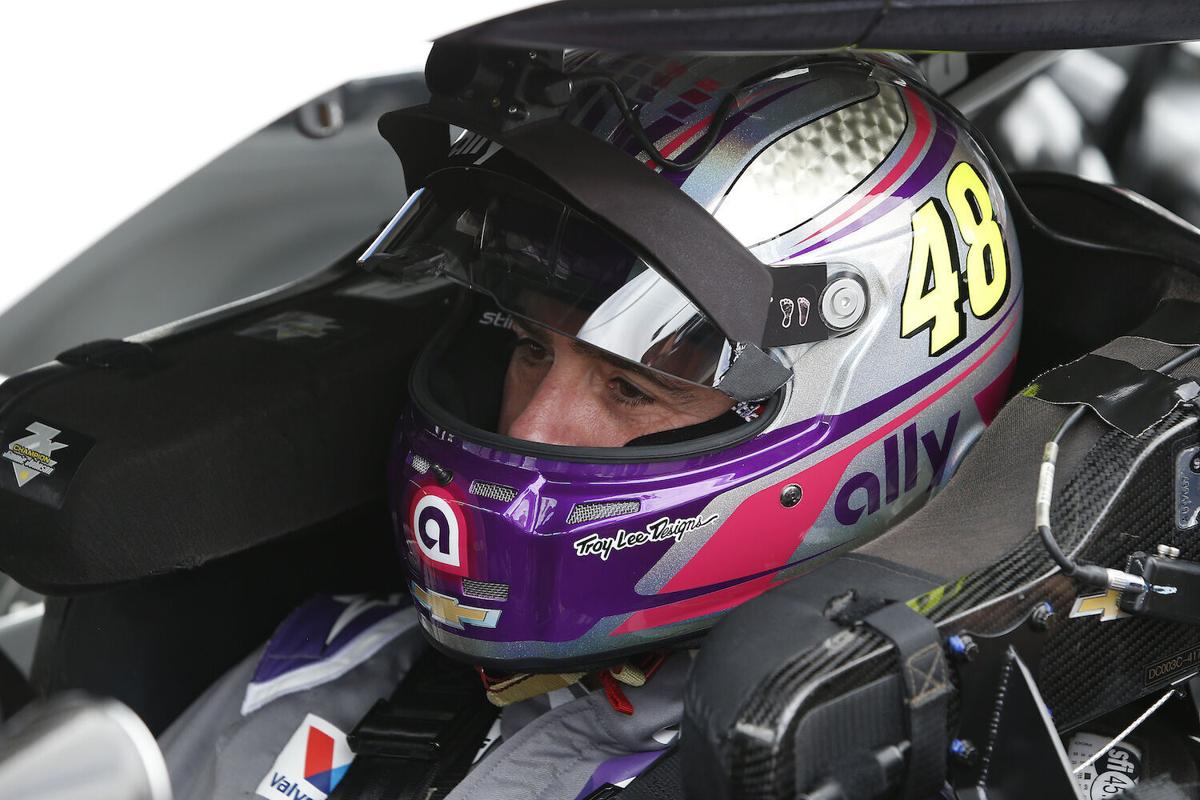 Jimmie Johnson sits inside his car prior to the NASCAR Cup Series auto race at Phoenix Raceway on Nov. 8. Although he retired from full-time NASCAR competition, he will still be racing next year. 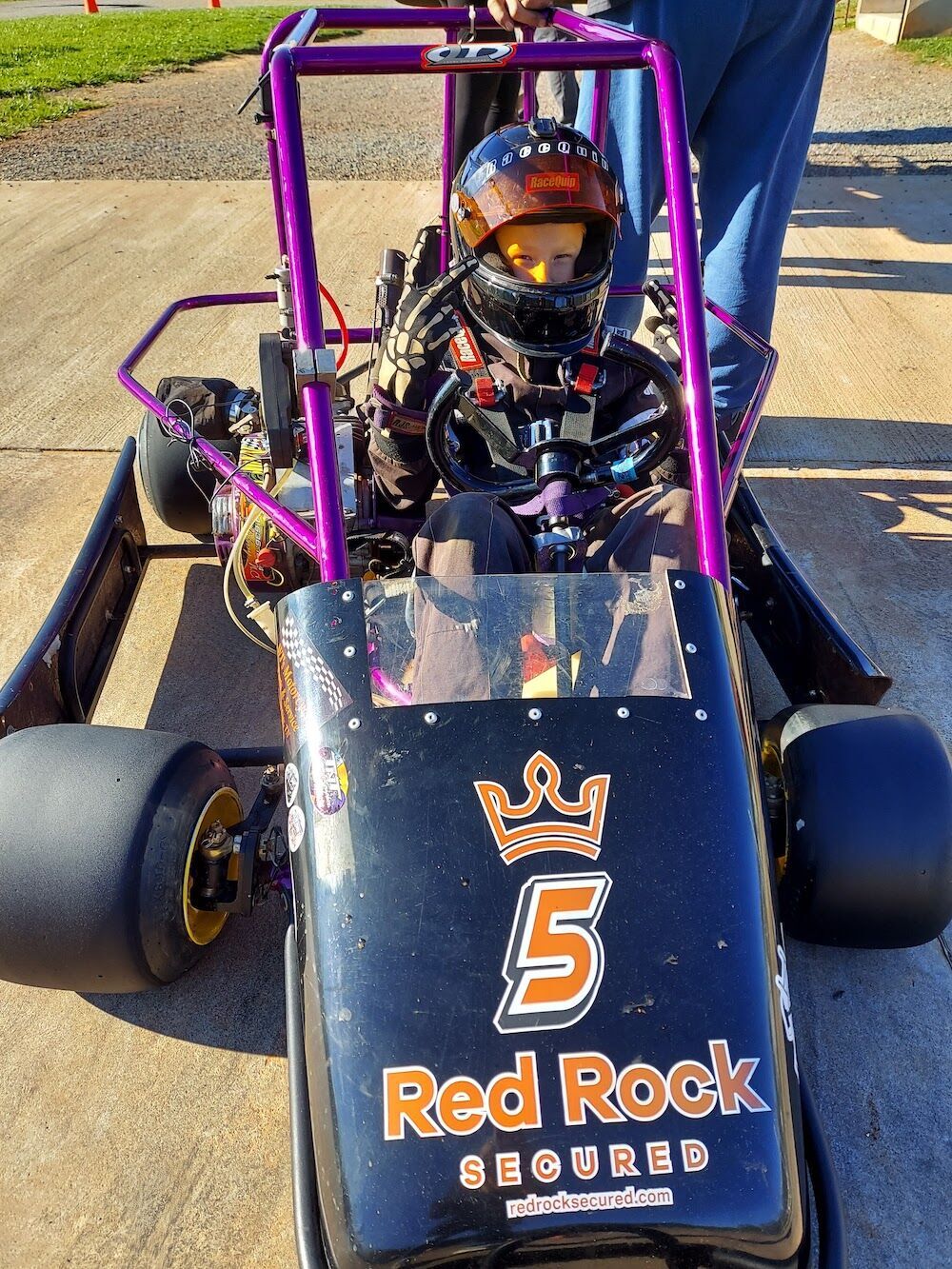 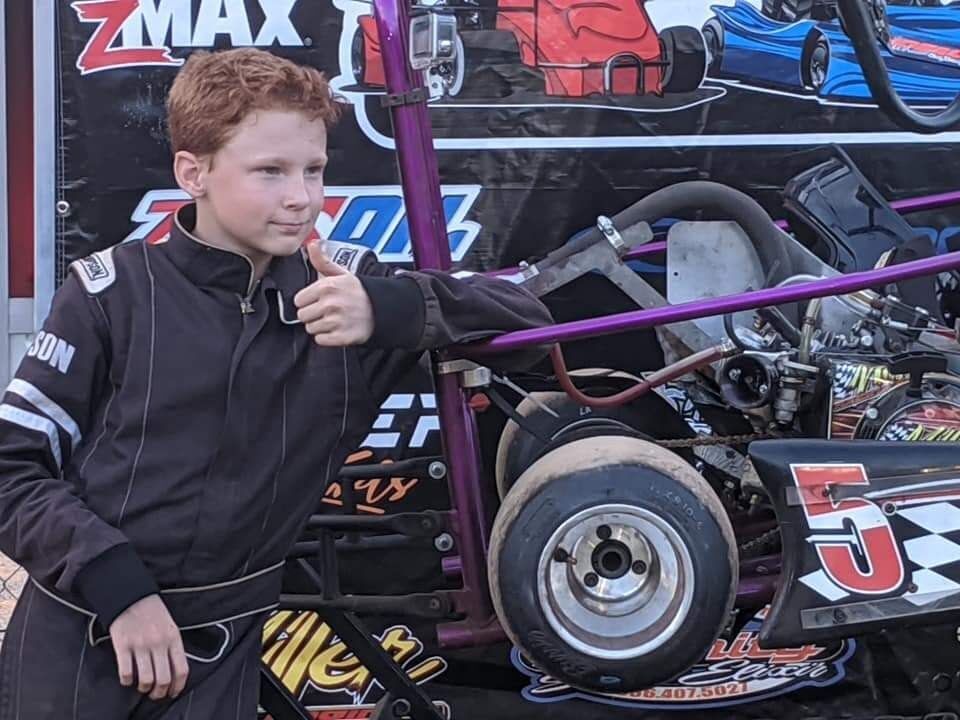 Hunter Morgan relaxes by his go-kart before a race. He won three championships and 18 races this year.

Jimmie Johnson sits inside his car prior to the NASCAR Cup Series auto race at Phoenix Raceway on Nov. 8. Although he retired from full-time NASCAR competition, he will still be racing next year.

Hunter Morgan relaxes by his go-kart before a race. He won three championships and 18 races this year.

It was a tie between Mario Andretti and A.J. Foyt when the Associated Press named its Driver of the Century in 1999.

While best known for their success in open-wheel cars, their versatility, which included major wins in stock cars and sports cars, put them ahead of Formula One great Juan Manuel Fangio and seven-time NASCAR champions Richard Petty and Dale Earnhardt in the panelists’ eyes.

Another seven-time NASCAR champion, Jimmie Johnson, will try to harken back to the previous era when drivers would test their skills in different disciplines with his 2021 IndyCar schedule.

There are multiple reasons to be skeptical that Johnson can win races in the Chip Ganassi-owned No. 48 IndyCar. He is running a 13-race schedule on road and street courses, which haven’t been his strong suit.

During his NASCAR Cup Series career, Johnson had one win in 39 road-course races, coming in 2010 at Sonoma, where he had to beat Robby Gordon to the finish line. However, Johnson’s record paled in comparison to his NASCAR teammate Jeff Gordon, a nine-time road-course winner, on the winding circuits.

In a few weeks, Johnson will try to duplicate Jeff Gordon’s success in America’s premier sports car race, the Rolex 24 Hours at Daytona. Gordon teamed with brothers Jordan and Ricky Taylor and Max Angelli to win the 2017 Rolex 24.

Johnson does have a good history at Daytona. He was runner-up at the 24 Hours race in 2005, a race won by Angelli, Emmanuel Collard and Wayne Taylor, who is Jordan and Ricky’s brother. Johnson was also runner-up in 2008 to a Ganassi-owned car driven by Scott Pruett, Memo Rojas, Juan Pablo Montoya and Dario Franchitti.

As for his IndyCar career, Johnson is 45, an age when many drivers retire instead of starting a rookie season, and in a recent test at Barber Motorsports Park in Alabama, he was way off the pace of the other drivers.

In addition, he ended his Cup Series career on a 131-race winless streak and was rarely competitive the last couple of seasons.

However, it would be short-sighted to completely discount Johnson, one of the most determined racers of all time. This is the same person who won five consecutive NASCAR championships and was the only race car driver ever to be named Associated Press Athlete of the Year.

Johnson has competed in triathlons and the 2018 Boston Marathon, showing his determination and focus. With computer simulation for race cars better than ever, he can get plenty of track time in the virtual IndyCars, pushing the limits and even going over them without tearing up a bunch of equipment.

The question at this point of his life is how much time and effort is Johnson willing to devote to becoming the best IndyCar driver he can be. Regardless of the outcome, he deserves a ton of credit for living out his dream and testing himself in new ways.

Hunter Morgan, 11, had a season to remember in his go-karts and Bandolero race car. He won three championships and scored 18 wins in 28 races.

He competed on all types of race tracks and surfaces from the Atlanta Motor Speedway road course to the Ashway Speedway dirt track in Strawberry Plains. Morgan also won the season opener in the Jr. Sportsman class at his hometown Kingsport Miniway.

He finished second in his first time on a road course at Atlanta, competing with another local racer, Mardy Roberts III. He won the East Tennessee Championship Series at Ashway, a track former Daytona 500 champion Trevor Bayne raced as a youth.