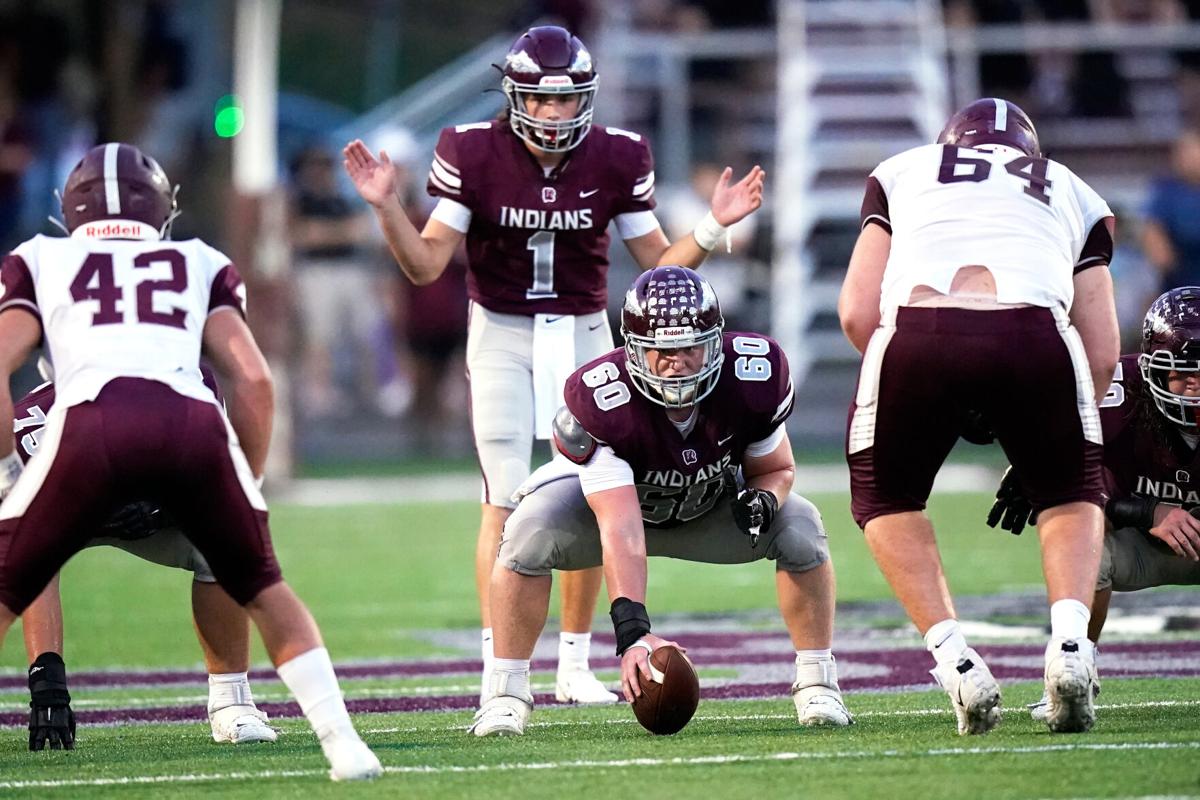 Dobyns-Bennett’s Caleb Burleson (60) readies to snap the ball to Zane Whitson (1) during the Indians’ game against Bearden at J. Fred Johnson Stadium in Kingsport. 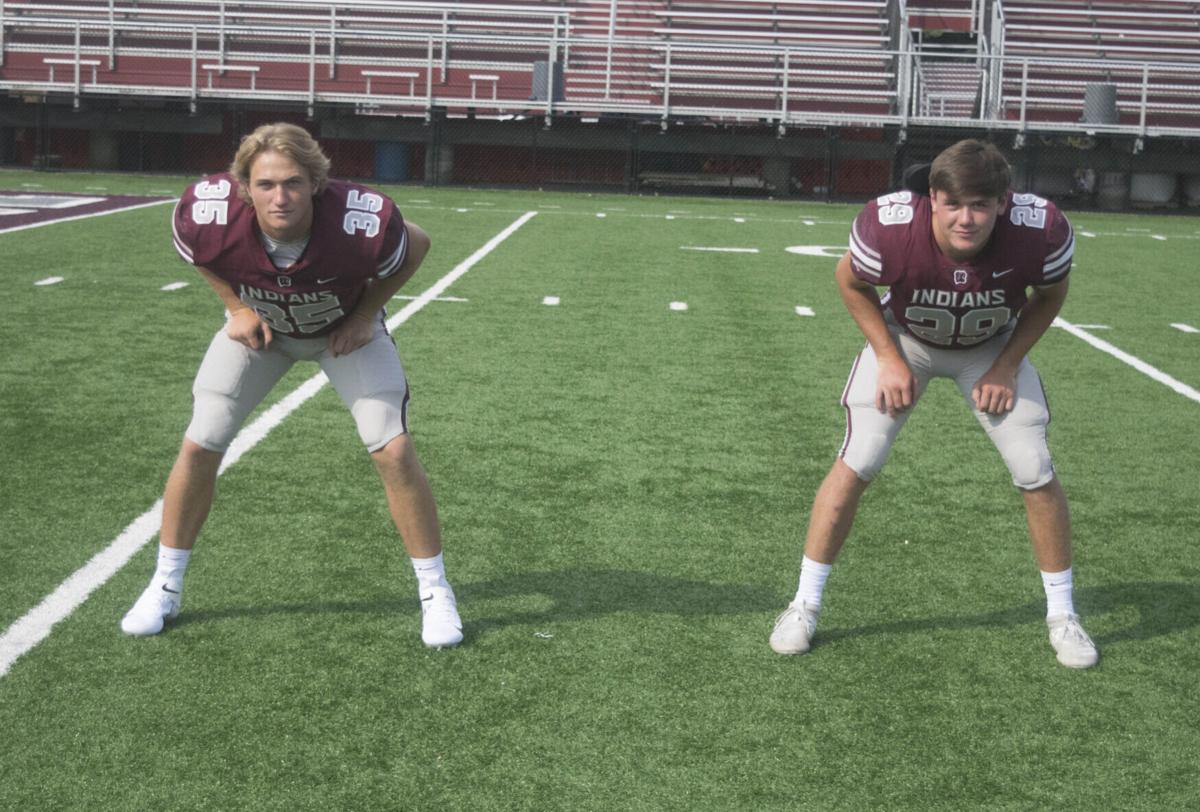 Nate Whitley (35) and Jackson Martin (29) lead a Dobyns-Bennett defense that has allowed just 10 points through the first three games.

Dobyns-Bennett’s Caleb Burleson (60) readies to snap the ball to Zane Whitson (1) during the Indians’ game against Bearden at J. Fred Johnson Stadium in Kingsport.

Nate Whitley (35) and Jackson Martin (29) lead a Dobyns-Bennett defense that has allowed just 10 points through the first three games.

The Indians (3-0), who rank among the top 40 winningest football programs in America, look to join Maryville as the only Tennessee schools ever to reach 800 wins.

“That speaks so much about the people over the last 100 years who have done so much for the program,” D-B coach Joey Christian said. “There have been so many young men who have played hard and been able to succeed at a high level. It says so much about the history and tradition of Dobyns-Bennett football. How could you not be excited about that?”

This year’s undefeated team has added three wins to the total while outscoring its opponents by a 94-10 margin. Friday’s opponents, the Hawks (0-4), have lost their first four games by an average of 31 points.

For the Tribe, it’s not about the opponent as much as its improvement.

“It has been a good start to the season and the defense has been spot on,” Christian said. “But there are things we can get better at. There have been times we’ve had receivers get behind us and times we’ve missed some tackles or gotten in the wrong gaps. If we take care of that, we can be so much better defensively.

The offense got a boost with the return of running back Phillip Armitage from a hamstring injury. Adding the thunder back to the “Thunder and Lightning” rushing attack with Tylar Tesnear, Armitage led the team with 51 yards and a touchdown against the Bulldogs.

Quarterback Zane Whitson had his best game of the season, going 13-for-17 for 189 yards and two touchdowns. Hayden Sherer, Alex Kitzmiller and Trent Cody saw playing time last season, but Whitson has been working with several new receivers.

“As a coach, I’m not making excuses because everybody is in the same boat, but you can tell we didn’t have our full allotment of practices and we didn’t have the 7-on-7s to throw against other teams,” Christian said. “Zane, with a new set of receivers, he’s had to work on the timing and we put in a lot of offense in a very short amount of time.

“The goal offensively is to get better every week with us repping the same stuff,” he added.

Leading Hardin Valley’s defense is Mason LaSorsa, a bit undersized end at 6-foot and 170 pounds, but one who brings a lot of pressure. DeShawn Carey-Parker is a 270-pound defensive tackle who can hold the point to allow the linebackers to fill in and make plays.

Seven seniors start for the Hardin Valley offense. Christian called wide receiver Michael Spurgeon one of the best, if not the best, athlete in the Big East. Slot receiver Brandon Schloff can be troublesome and junior running back Ryan Nichol features breakaway speed.

Caleb Smith, a 6-2 sophomore, is the quarterback, backed up by Nichol. Alex Peeler is a 6-4, 300-pound left guard who moves well. Center Adam Eaton and left tackle Isaac Wilhite are other leaders on the offensive line.