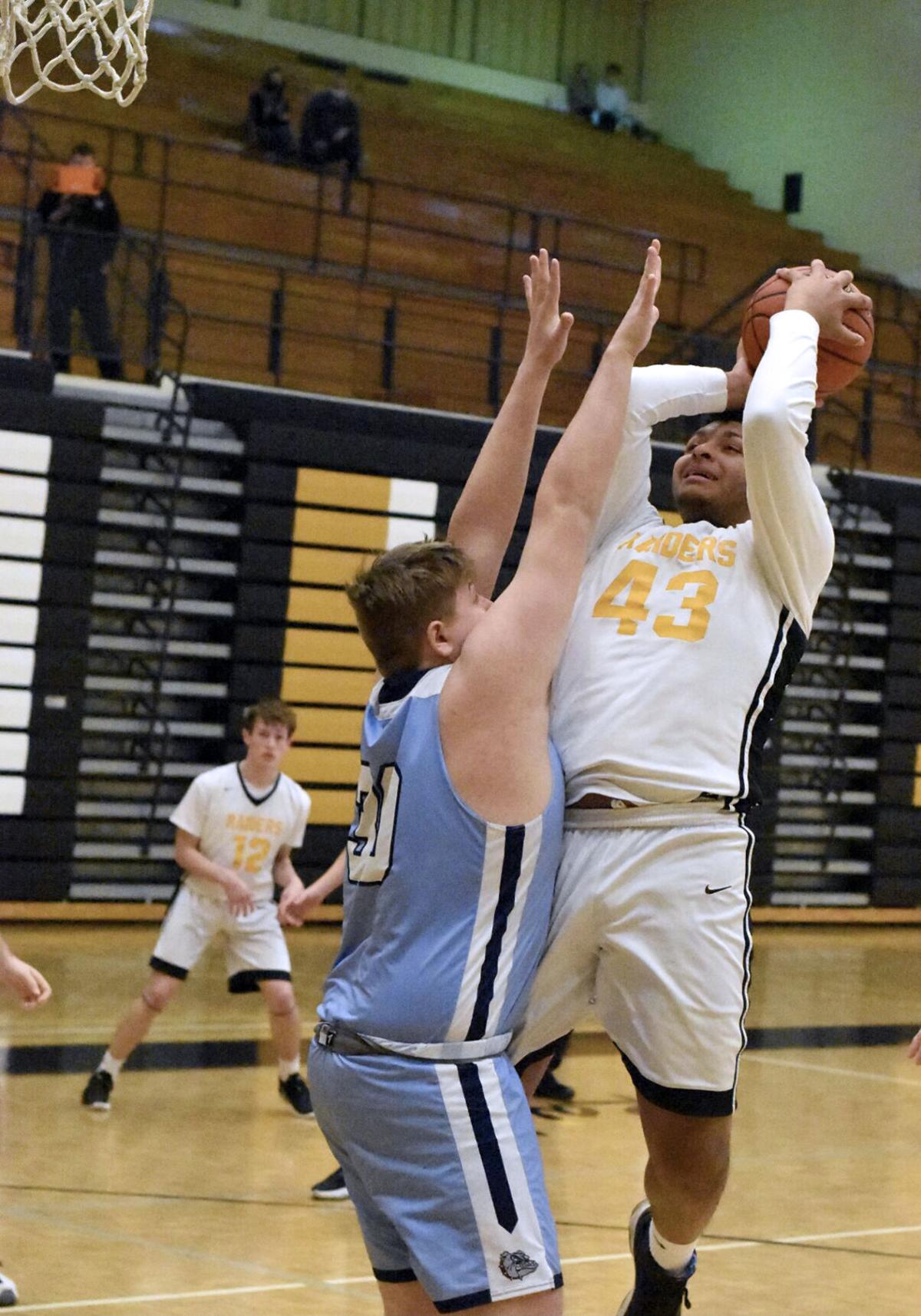 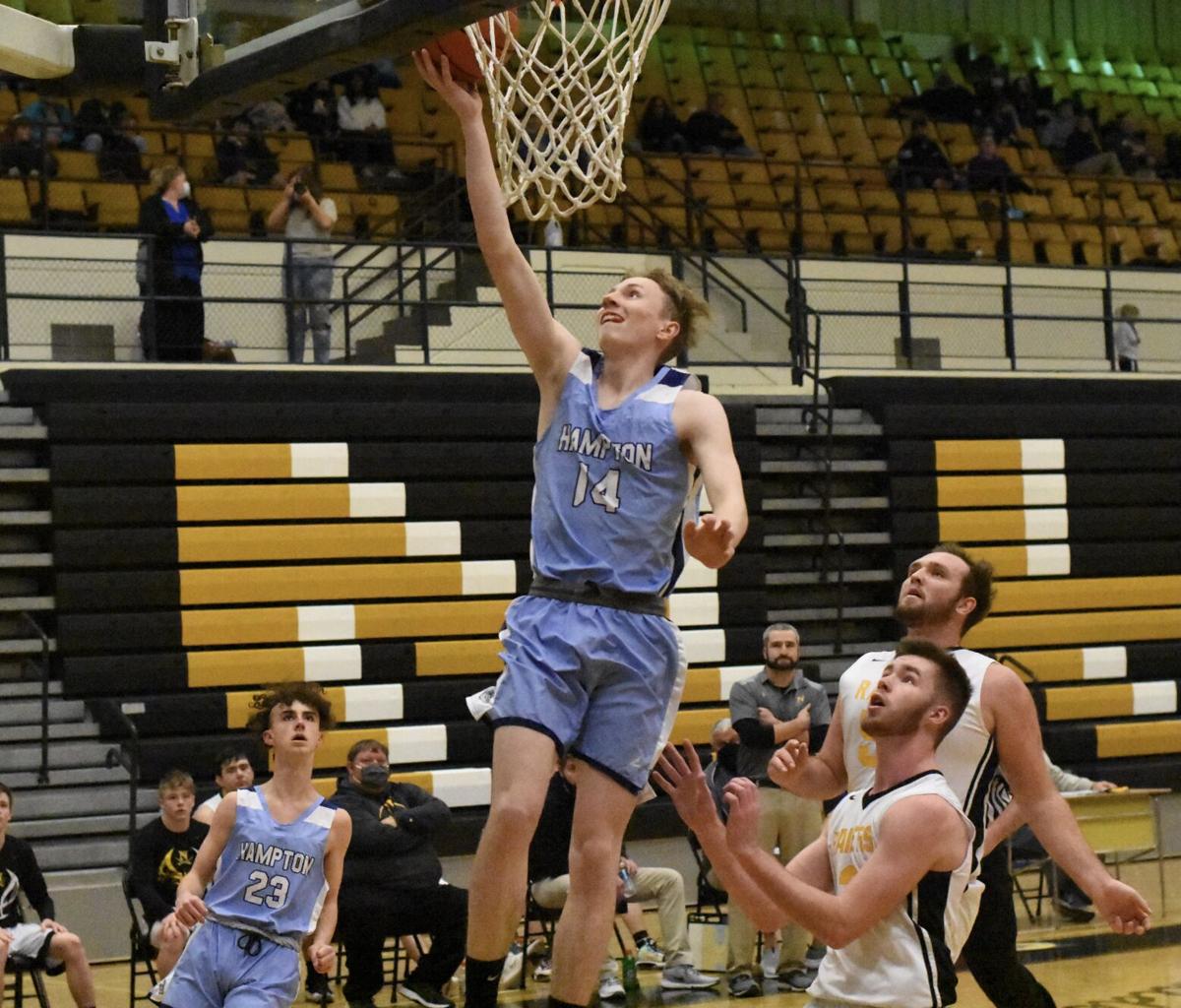 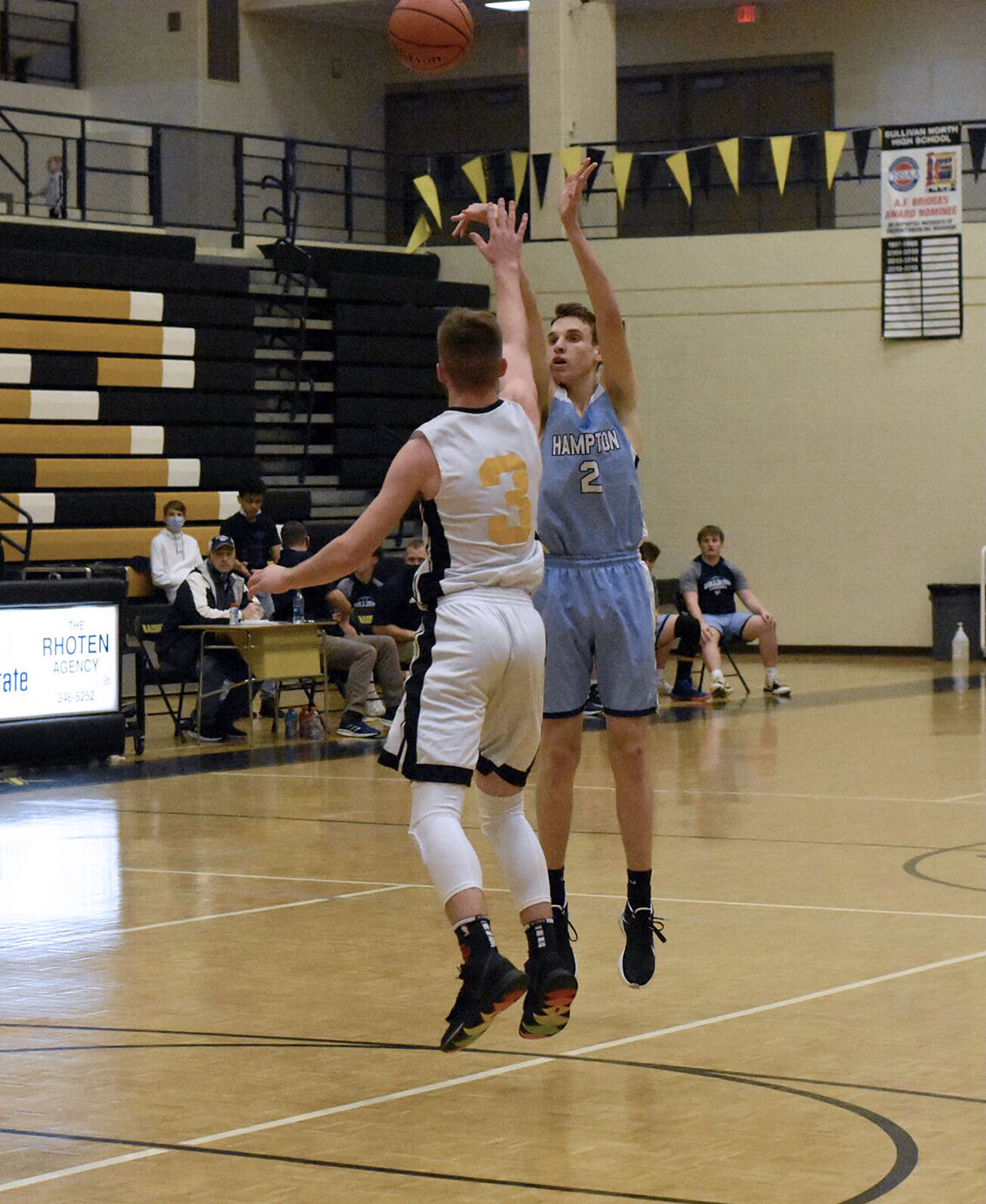 Hampton’s Michael Harrison (2) is fouled by Sullivan North’s Isaiah Pruitt (3) while shooting a 3-pointer in the first quarter Monday night in Kingsport.

Hampton’s Michael Harrison (2) is fouled by Sullivan North’s Isaiah Pruitt (3) while shooting a 3-pointer in the first quarter Monday night in Kingsport.

The Bulldogs scorched the nylon inside J. Richard Carroll Gymnasium at a 60.4% clip, led by Michael Harrison’s 13 points on 4-of-7 shooting and two free throws. Morgan Lyons added 11 points and Garrett Vines had 10.

Isaiah McCoury scored 11 points coming off the Hampton bench, which accounted for 31 points of the team’s total.

“Our pressure defense turned into offense. We had 19 assists. I thought we really shared the ball and the kids played together. It was good chemistry and I was proud of them,” said Bulldogs coach Ned Smith, whose squad is battle- tested after playing the likes of Dobyns-Bennett and Science Hill early in the season.

“The bench came in tonight and played super. Our kids have battled this season and they’ve continued to get better.”

North turned over the ball on four of its first five possessions and trailed 12-2 before the first half of the first quarter was over. The Golden Raiders were guilty of 20 turnovers in all, but only six came in the second half.

Isaiah Pruitt scored 10 points to lead North, including a 3-pointer to start the second quarter — the Raiders’ only 3 of the night.

North shot just 14-for-50 from the field and endured a four-minute-plus scoring drought in the middle of the third quarter. Hampton went on a 13-0 run during that span.