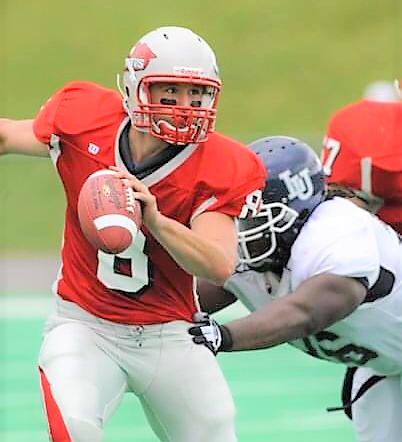 Before going on to star for Virginia-Wise, Brad Robbins was a stellar quarterback at Powell Valley, where he threw for a single-season record 3,008 yards in 2004. 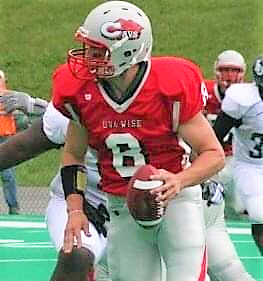 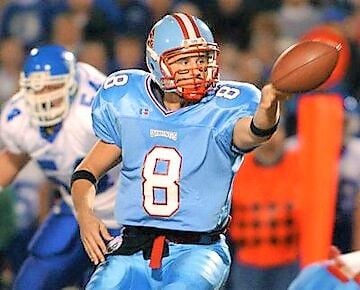 Before going on to star for Virginia-Wise, Brad Robbins was a stellar quarterback at Powell Valley, where he threw for a single-season record 3,008 yards in 2004.

“Football has always been a part of my life,” he said. “It’s a unique passion.”

“That’s a surprise,” Robbins said when told of his selection. “It’s a tremendous honor.

“There have been some great quarterbacks in Southwest Virginia. Guys like Travis Turner, Heath Miller, Isaiah Spivey and Robby Duncan. Those are guys I looked up to.”

Robbins passed for 3,008 yards in 2004, a Powell Valley single-season record. He also holds the school’s single-game record with a 556-yard effort.

Robbins threw for 69 touchdowns, including 37 in 2004 when he helped lead the Vikings to a VHSL Division 2 runner-up finish.

“We had a lot of guys that worked hard to get there,” he said of the team’s run to the state championship game.

Football always had his heart, however, said Robbins, who threw for over 3,000 yards and 22 touchdowns his senior season with the Cavs. The UVA Wise Hall of Famer made the All-Mountain East Conference squad that year.

He is in his second year as offensive coordinator and quarterbacks coach at North Greenville, an NCAA Division II school in Tigerville, South Carolina.

“I honestly don’t know what I would be doing if I was not a football coach,” he said.

Here’s a look at the remaining top vote-getters as chosen in the social media poll this past week:

• Travis Turner, Appalachia — Turner threw for 5,189 yards over his Bulldogs career, leading them to three state championships. He played collegiately at UVA Wise and Eastern Kentucky. Turner has been coach of the Union football team since the inception of the school, the consolidation of Powell Valley and Appalachia. He has a combined record of 86-26 with postseason appearances each year of his nine-year coaching career.

• Heath Miller, Honaker — Miller’s star-studded NFL career as a tight end for Pittsburgh, one that includes two Super Bowl championships and two Pro Bowls, got its high school start in Honaker, where he was a two-time all-state quarterback. After throwing for 26 touchdowns in the 1999 season, Miller led the Tigers to a state runner-up finish in 2000. He moved to the tight end position at Virginia, where he became a two-time All-Atlantic Coast Conference pick and an All-American in 2004 before beginning an 11-year career with the Steelers.

• Isaiah Spivey, Gate City — Spivey threw for 35 touchdowns in a Blue Devils uniform and helmed the team during its undefeated run to the 2003 VHSL Division 2 championship. The 2003 VHSL offensive player of the year, he threw for 168 yards and two touchdowns in the state title game.

• Tom Crigger, Grundy — Crigger directed the Golden Wave to the 1995 Southwest District and Region IV championships. His play earned him the Region IV player of the year honor as well as a Group AA all-state nod. He finished his career with 46 TDs.

• Jason Compton, Haysi — Compton threw for a Southwest Virginia-record 87 career touchdowns with the Tigers, including 33 in the 1995 season.

• Robbie Duncan, Powell Valley — Duncan led the Vikings to two of their seven state championships, in 1989 and 1990. He had 50 career touchdown passes, 25 in his senior year.

Other quarterbacks receiving a significant number of votes were: