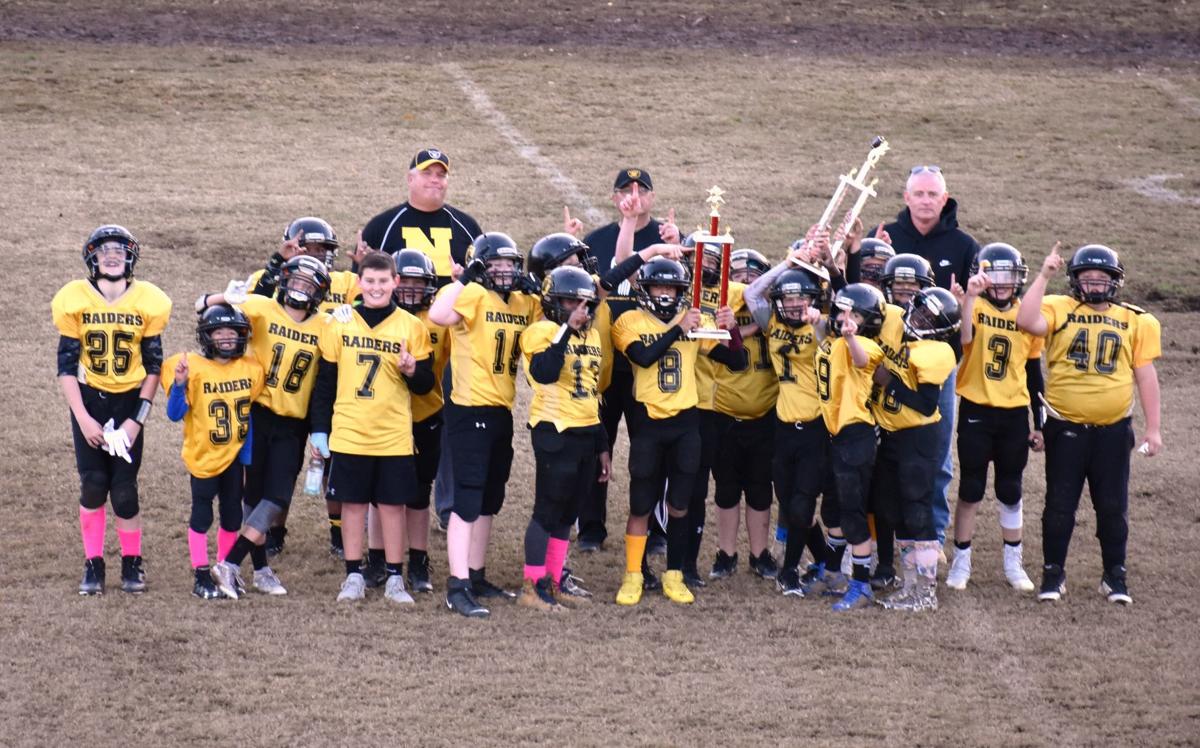 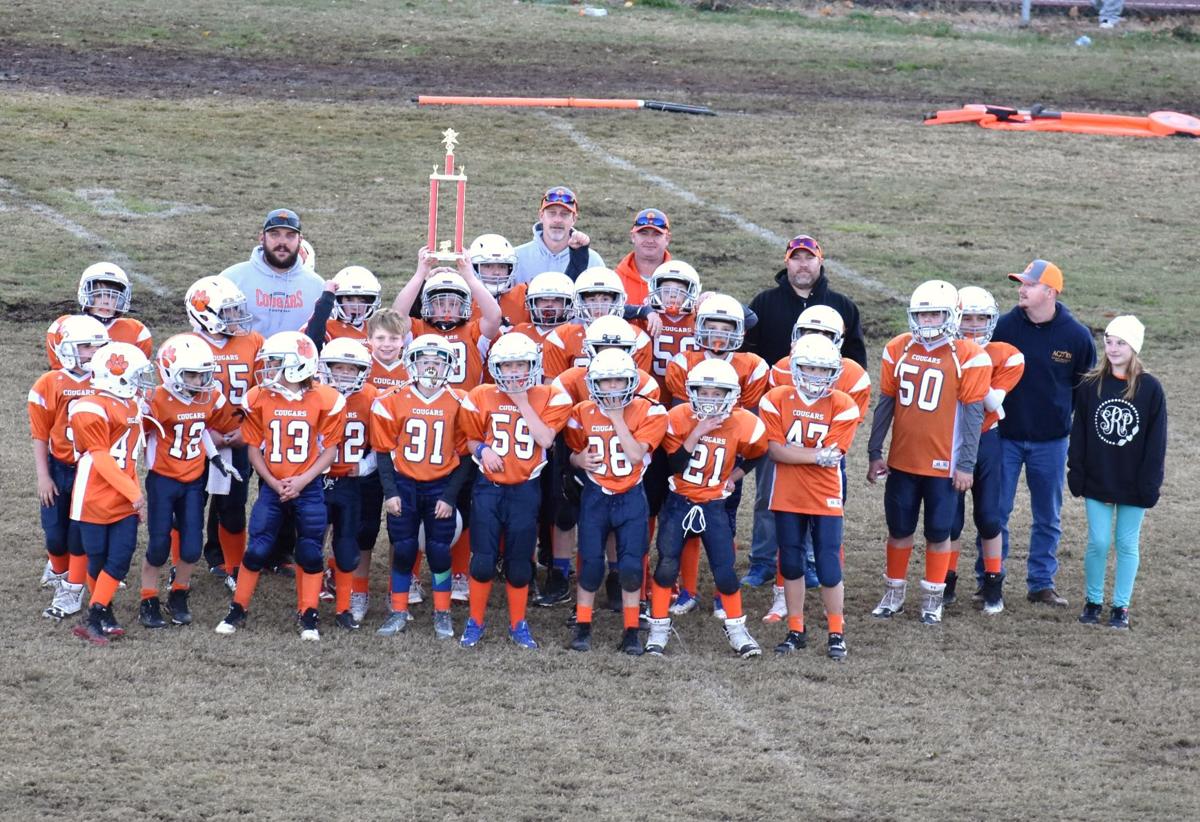 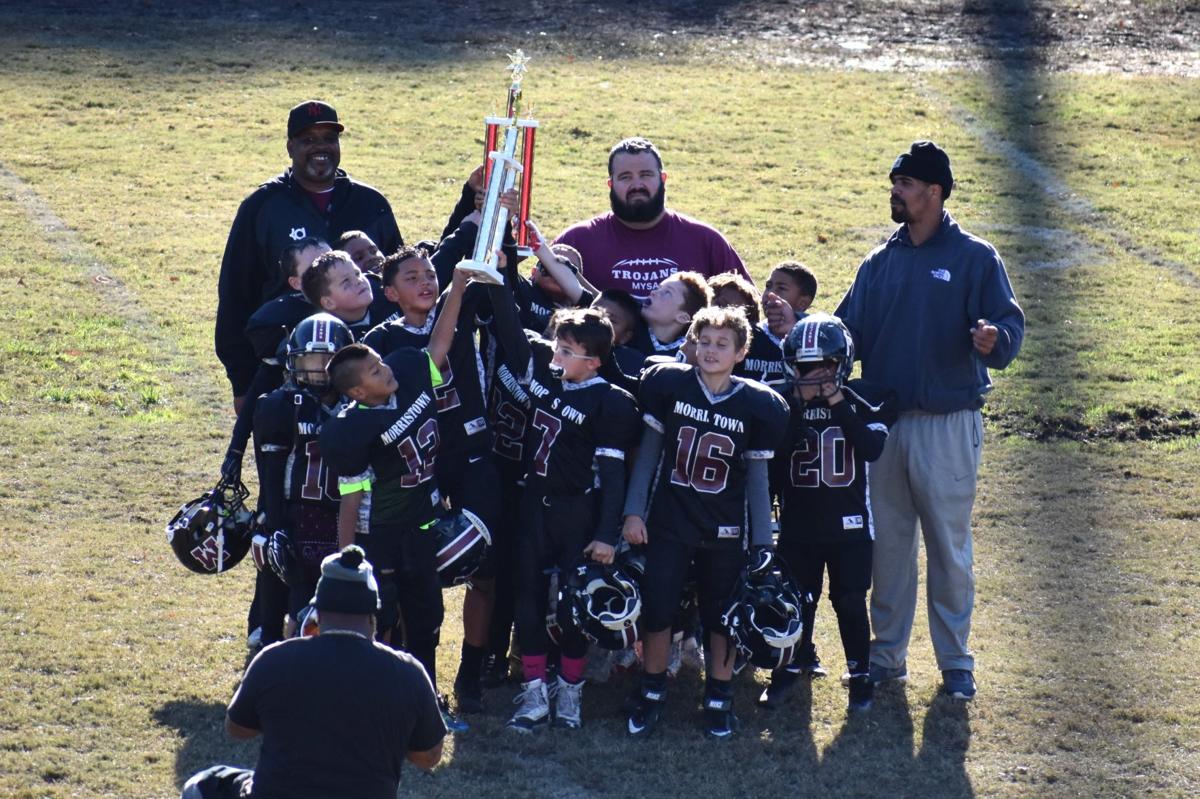 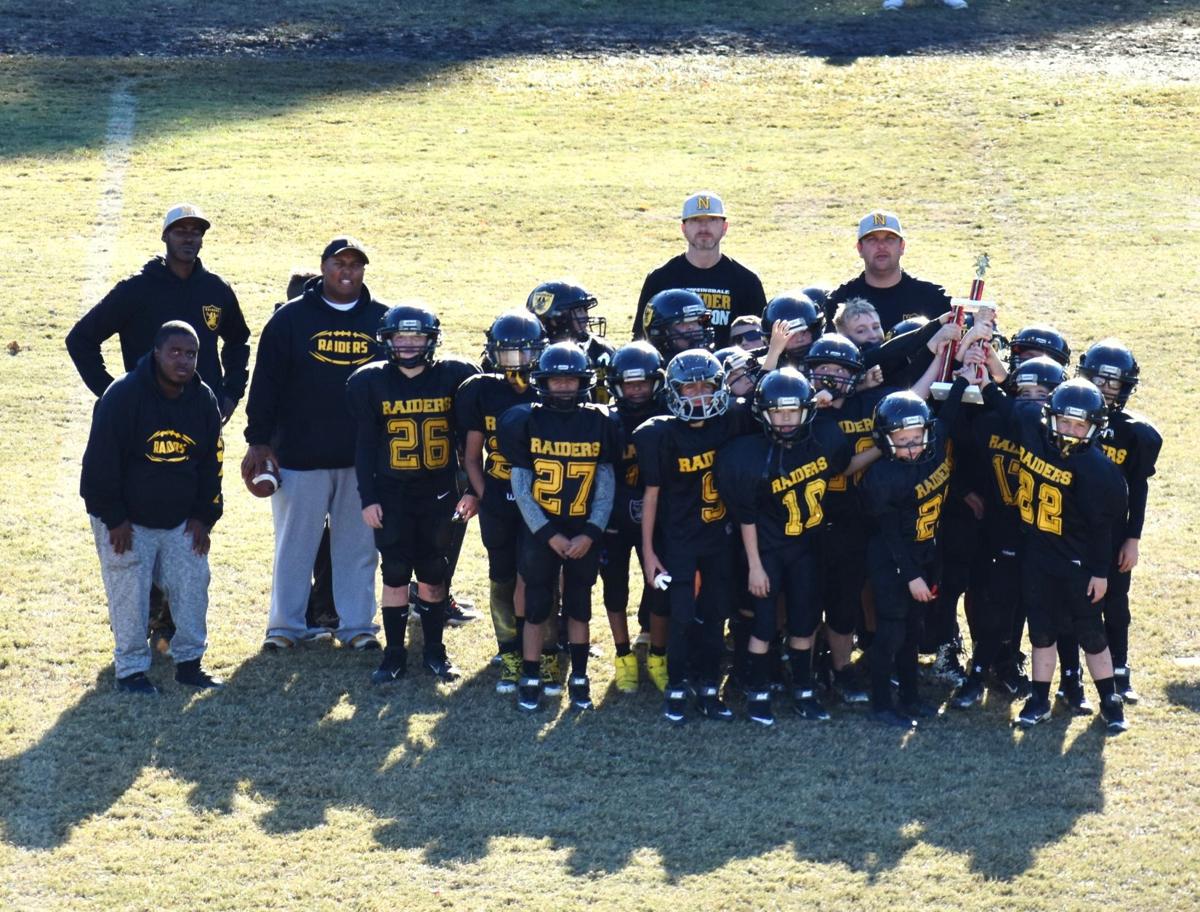 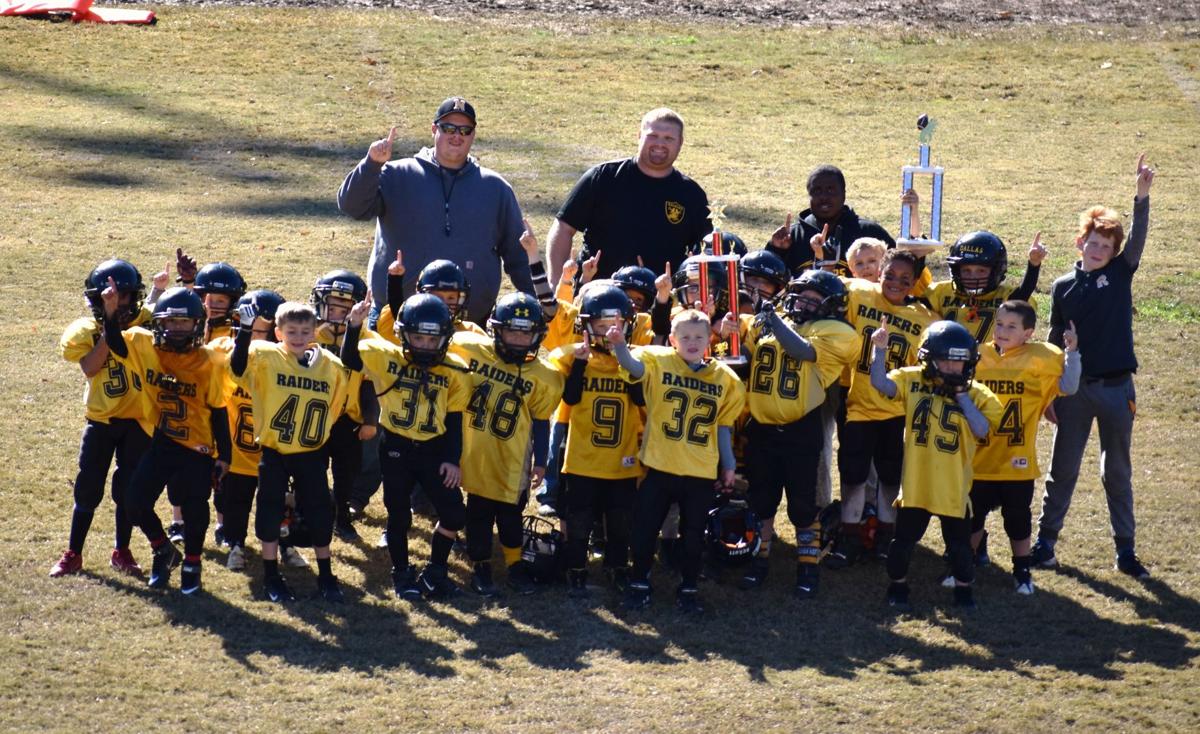 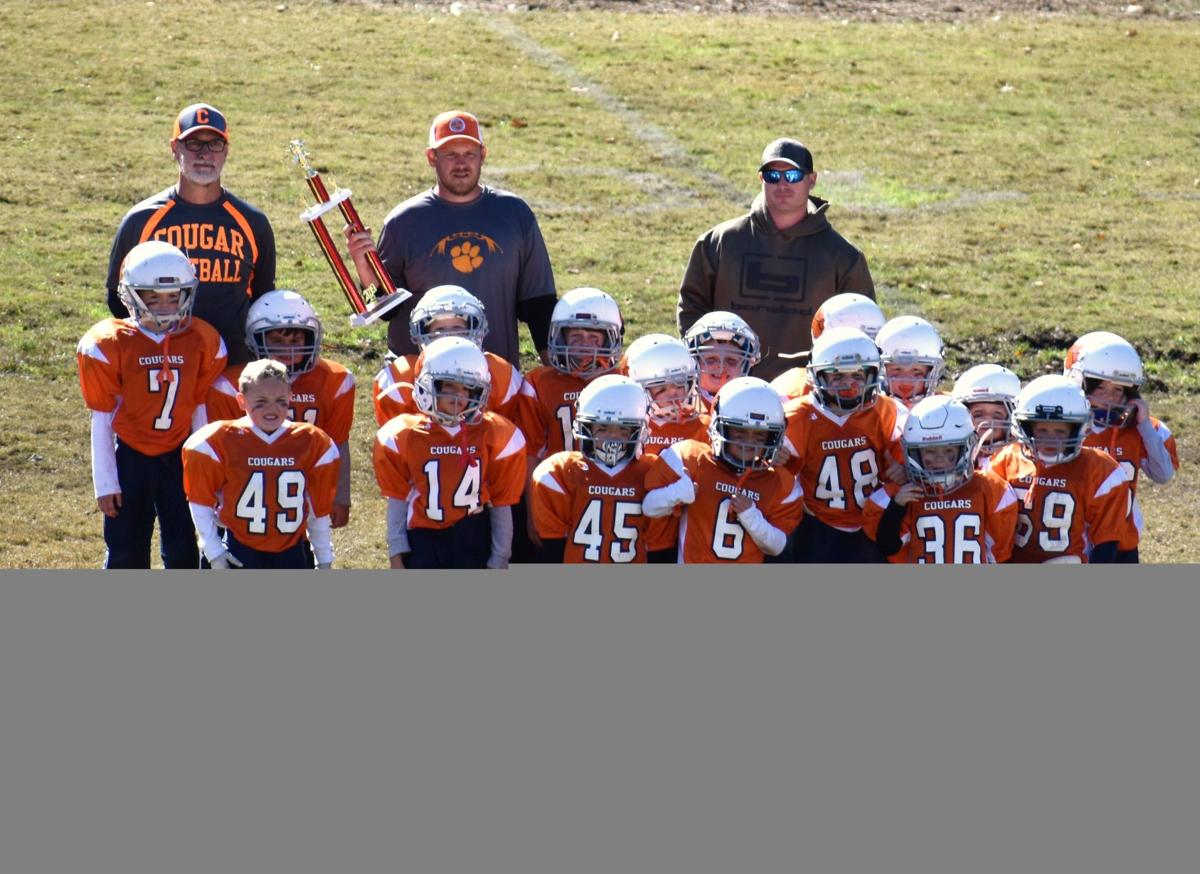 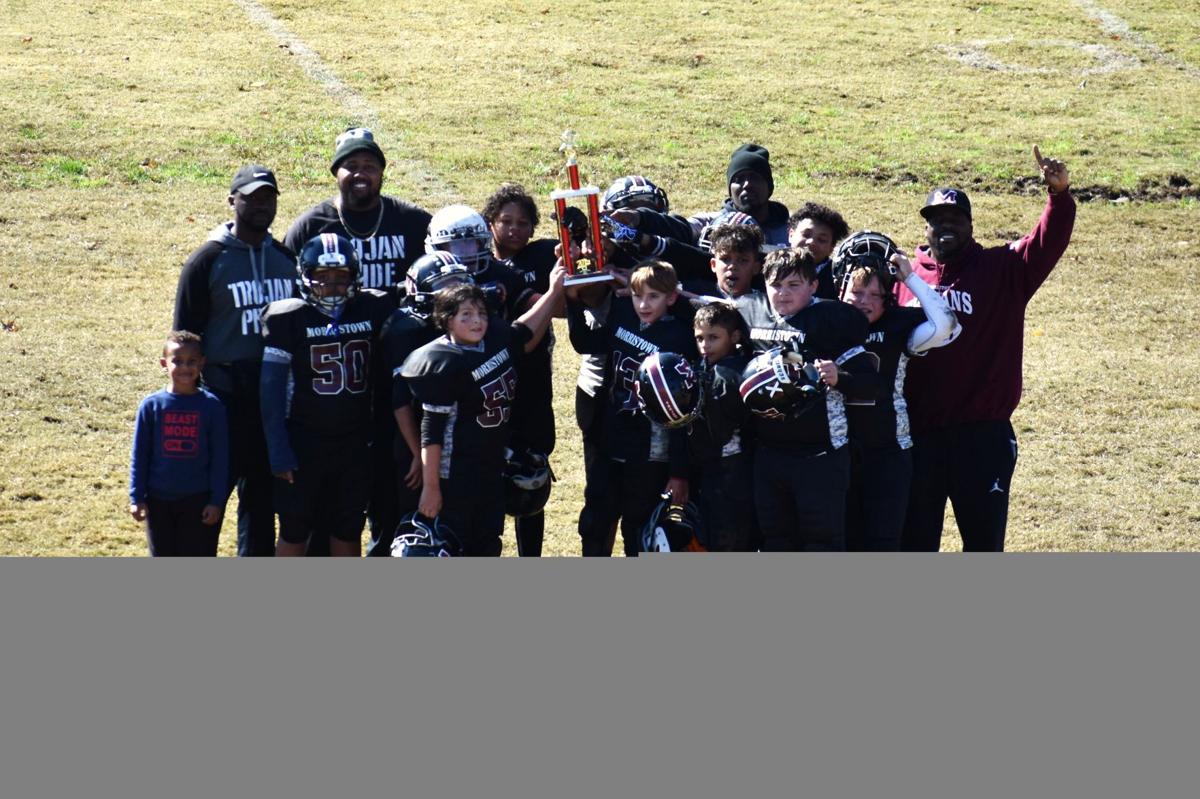 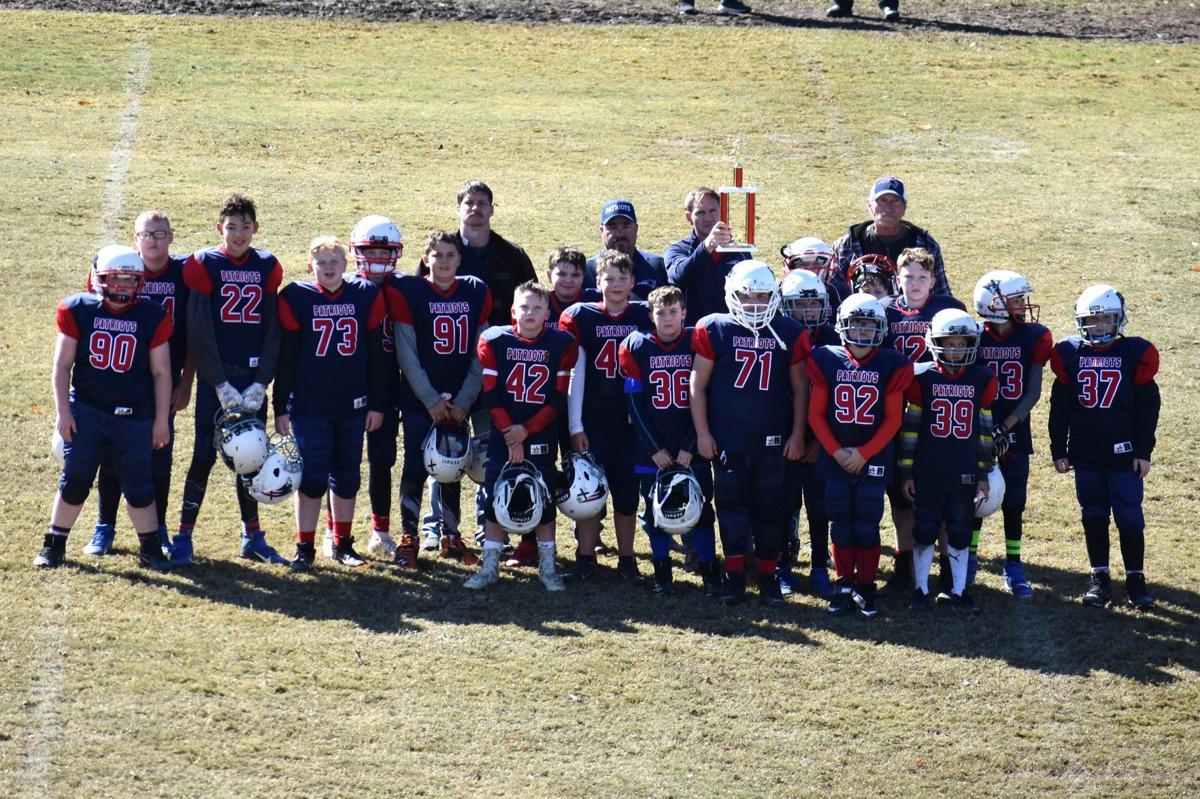 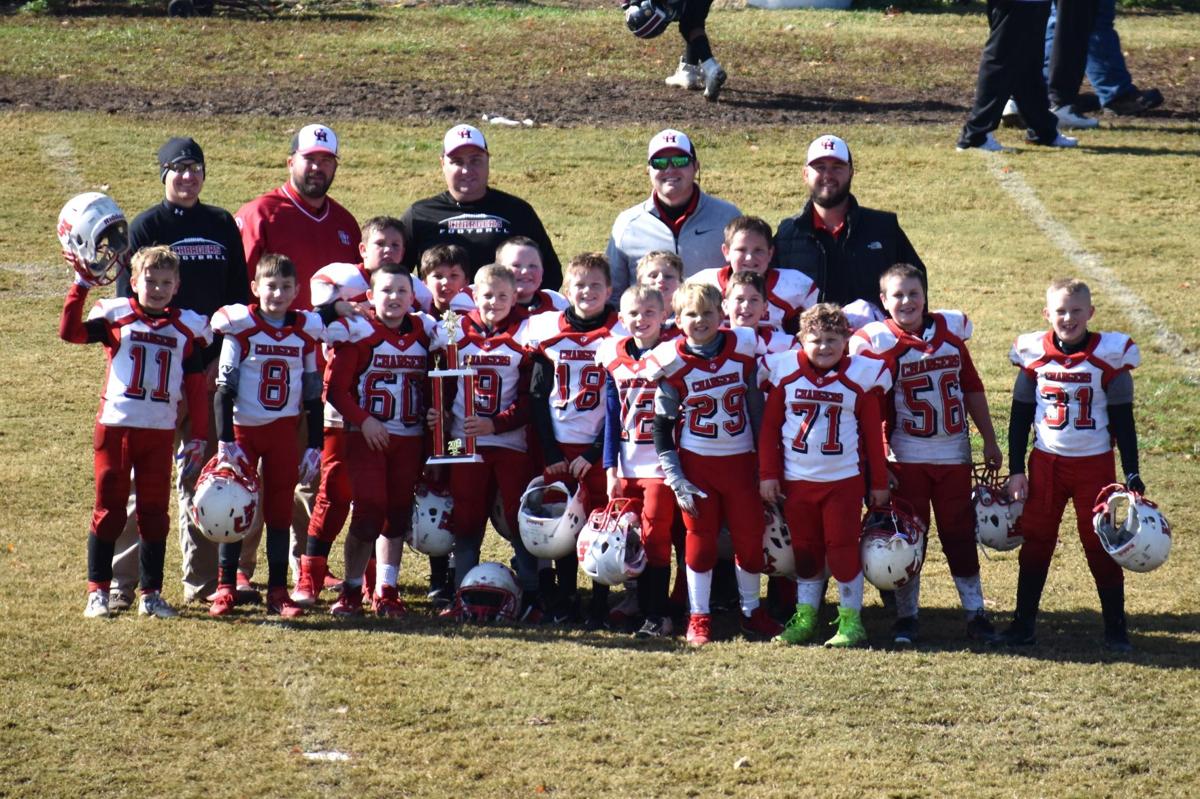 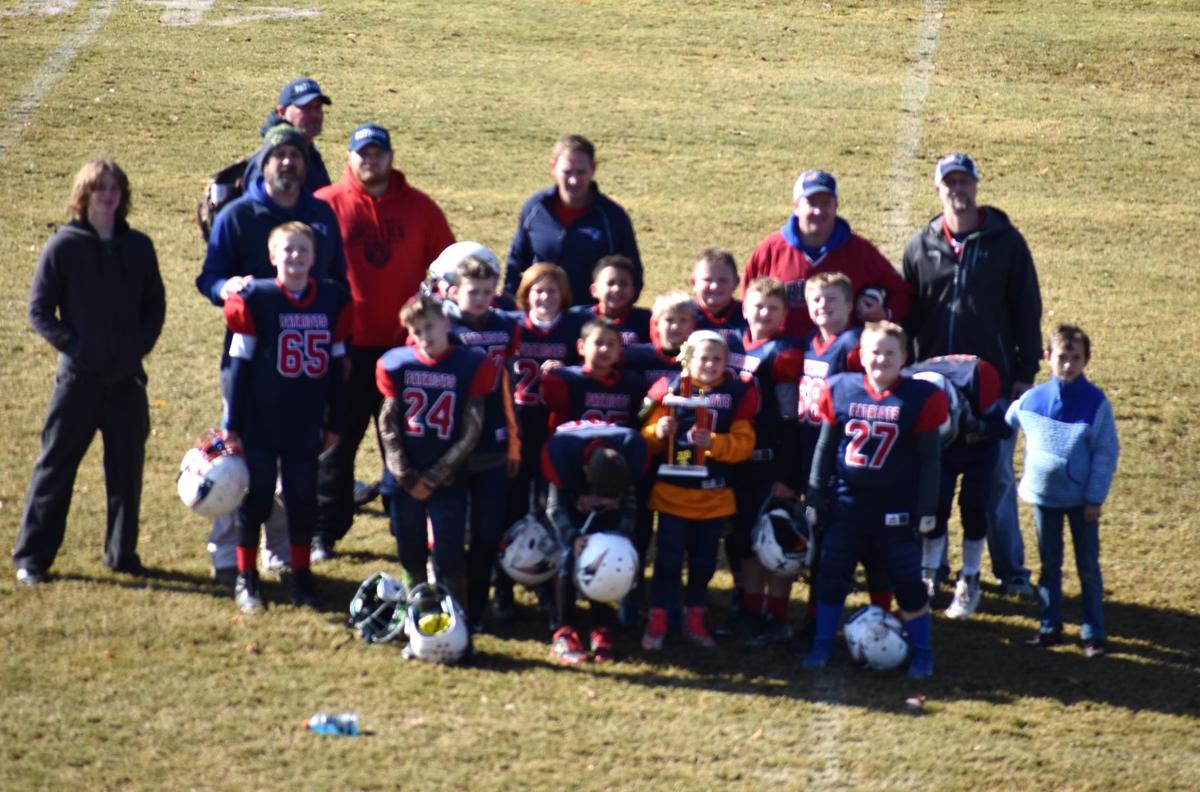 In the nightcap varsity championship game the Raiders’ Hunter Hawkins scored a 60-yard touchdown run on the second play of the game, and the team never looked back, routing the Cougars 38-0.

The Raiders (9-0) won the regular season title, as well as the county championship, with the Cougars (6-3) placing second in the league finals.

In the Varsity consolation game the Morristown Trojans (4-5) defeated the Sullivan East Patriots 34-0 to earn a third place trophy for the season. The Patriots (6-3) finished 4th in the league.

In the Junior Varsity (ages 8-10) championship game Bloomingdale (7-2) trailed the Morristown Trojans (9-0) the entire game before pulling ahead 18-14 late in the fourth quarter on a Jeb Stewart touchdown run.

On fourth and long, and with only a few second left to play, the Trojans connected on a 45 yard touchdown pass to win the game 20-18, and the league championship.

In the consolation game the Colonial Heights Chargers (5-4) defeated the Sullivan East Patriots 22-6 to place third in the season finals. The Patriots (5-4) earned a fourth place trophy.

In a defensive struggle the Bloomingdale Raiders Freshman squad (ages 5-7) trailed Sullivan Central most of the championship game before coming back to tie 8-8 late in the fourth quarter.

Overtime rules in this league are similar to college rules except they start on the 10 yard line.

In the first overtime period the Raiders scored a touchdown, and their two point conversion.

Central answered with a touchdown but was unable to convert the two-point play, handing the league championship to the Raiders (5-1).

Central (4-2) earned a second place trophy for the season.

There was no Freshmen consolation game.

'They'll remember this the rest of their lives': Youth football league defies pandemic

I was so proud that some of our youth football coaches defied the pandemic and organized a safe, albeit piecemeal league of teams spread over three counties.