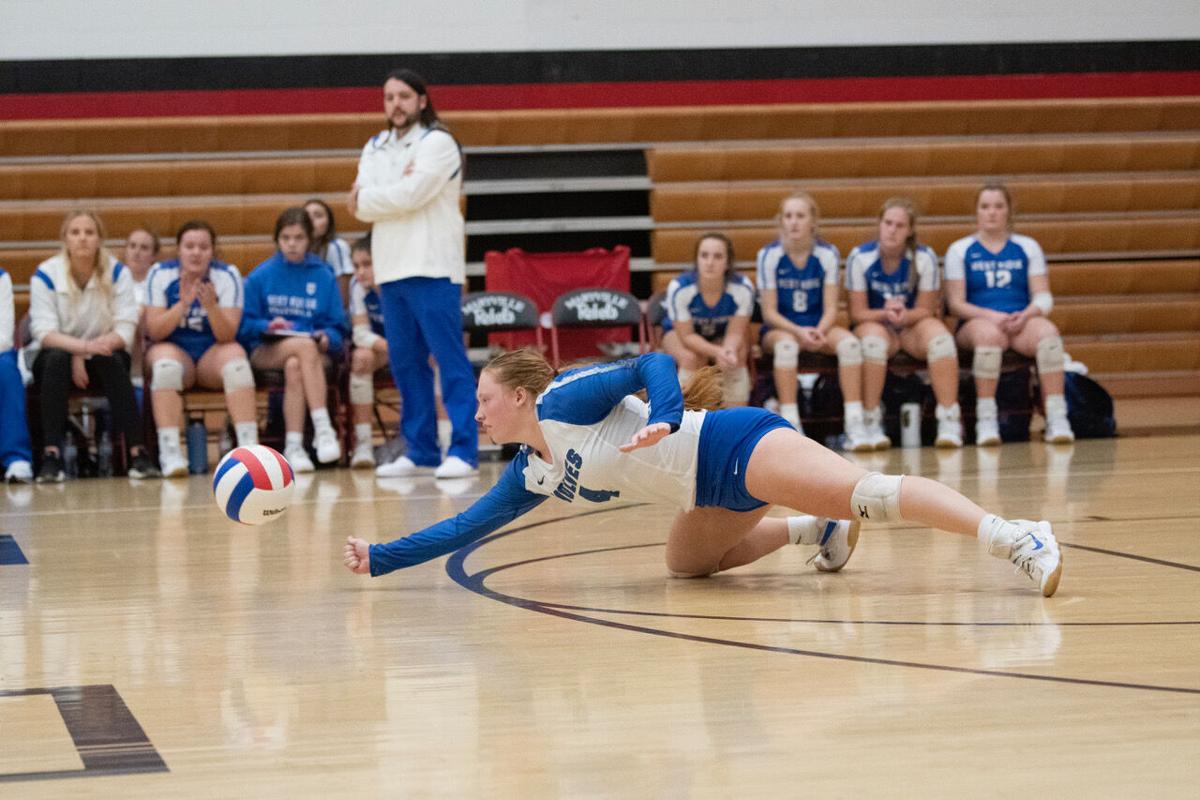 West Ridge libero Allie Jordan, who compiled an impressive 566 digs this past season, is the All-Northeast Tennessee defensive player of the year. 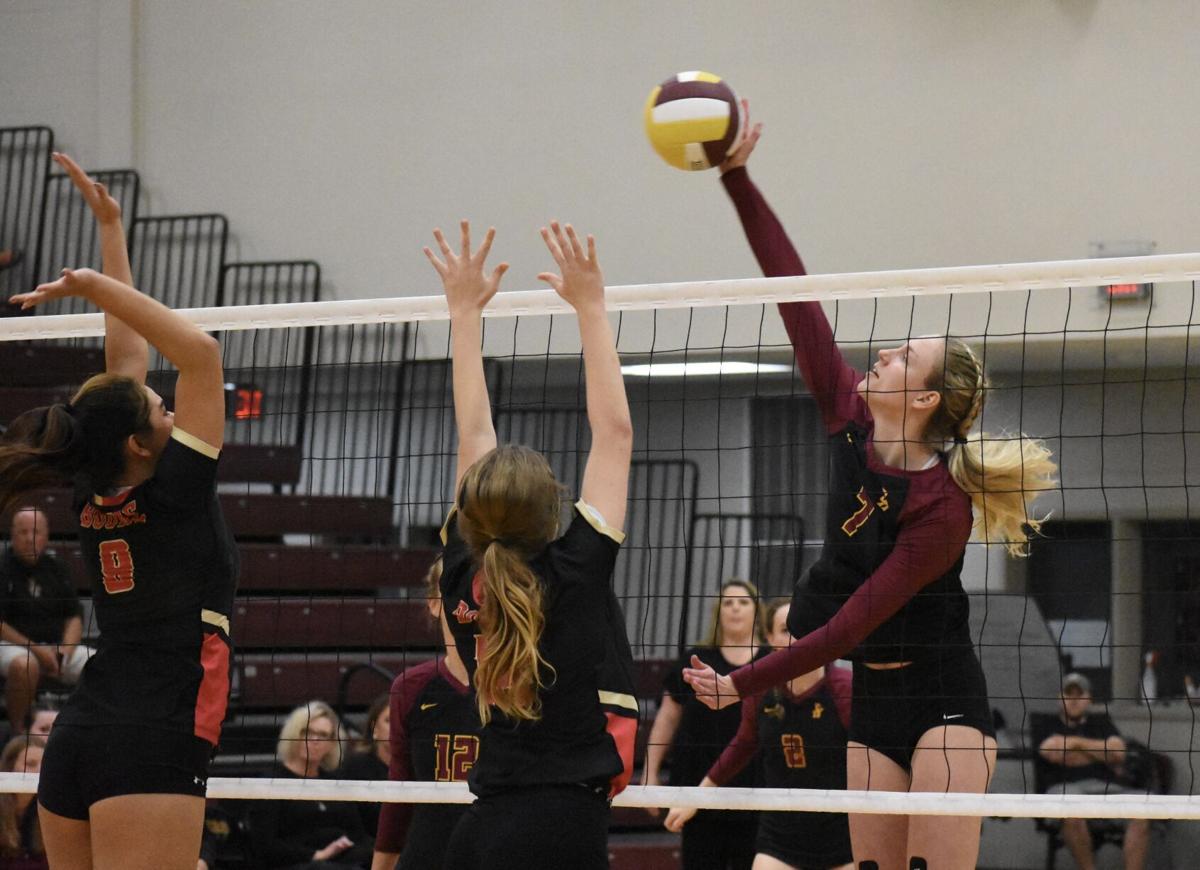 Science Hill’s Jordan Hallman (7) earned Times News/Johnson City Press All-Northeast Tennessee player of the year honors after a season in which she had 313 kills, 67 aces, 84 digs and 54 blocks. 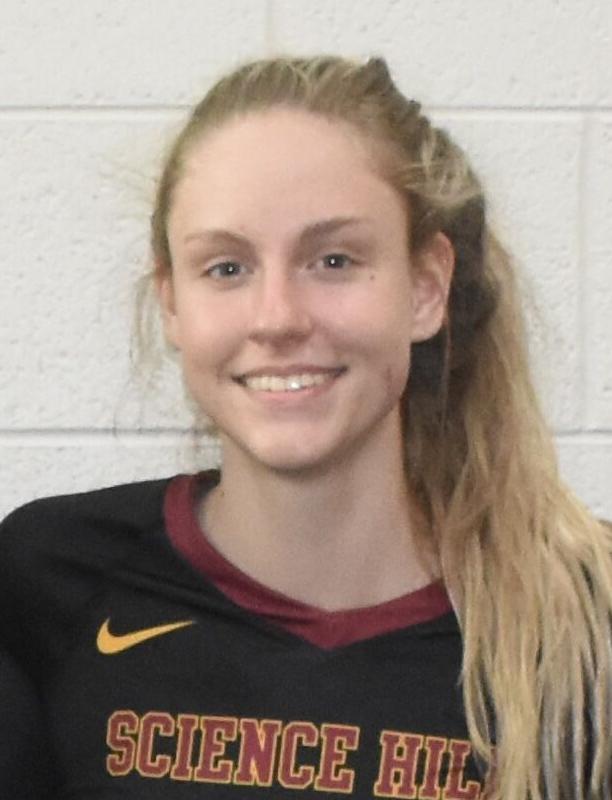 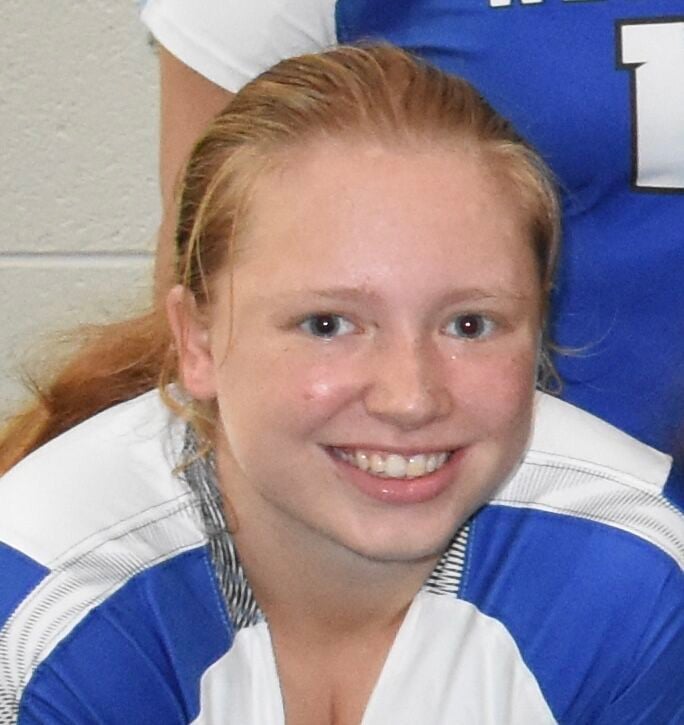 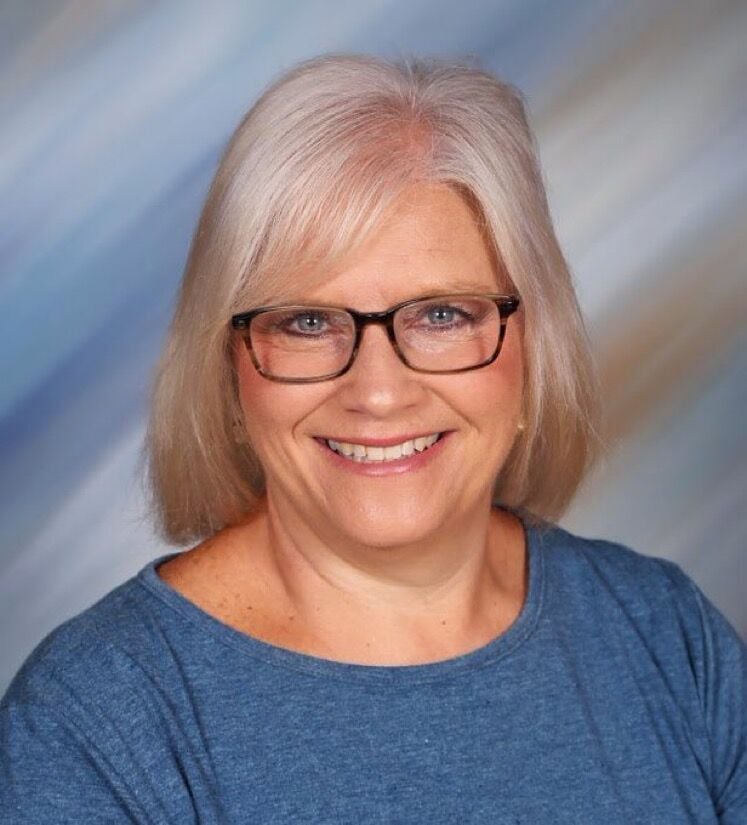 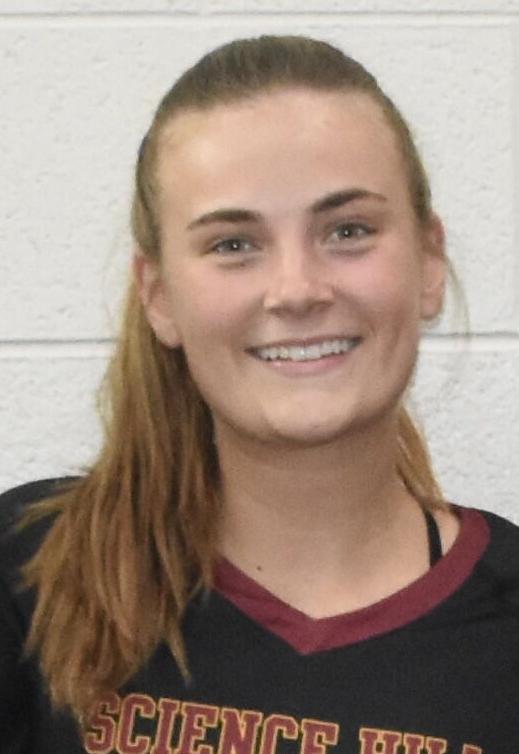 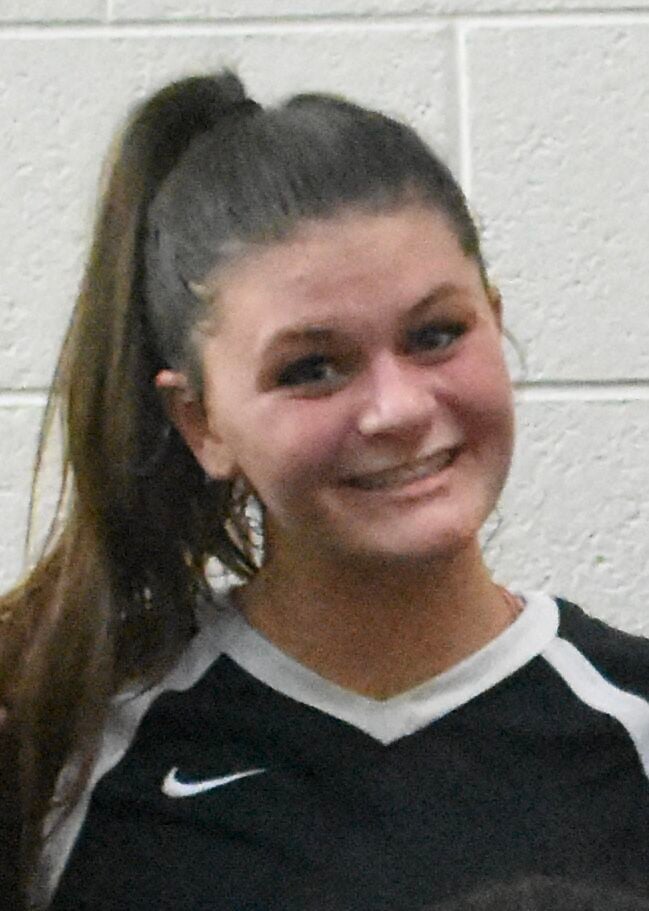 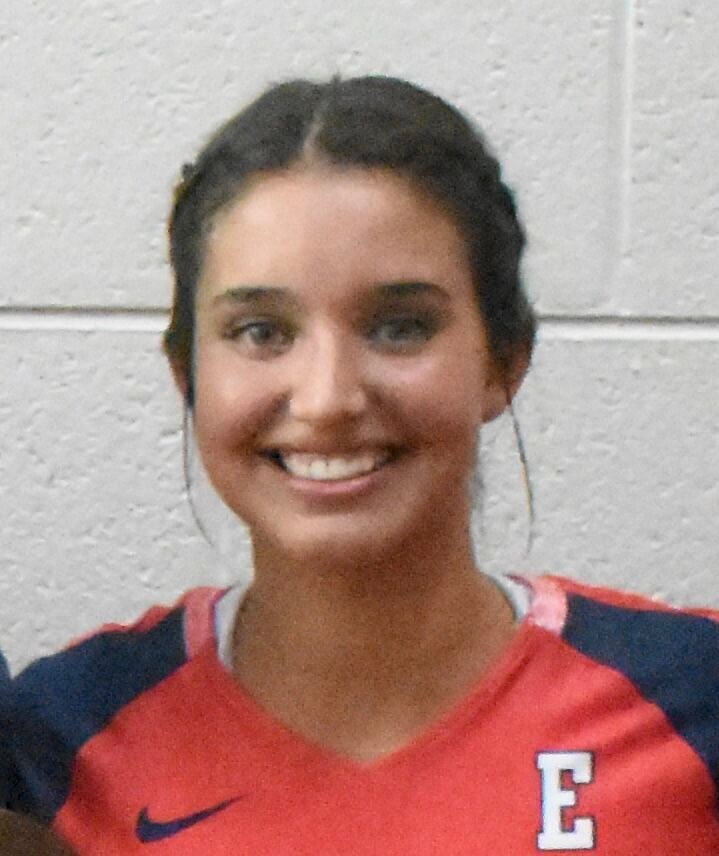 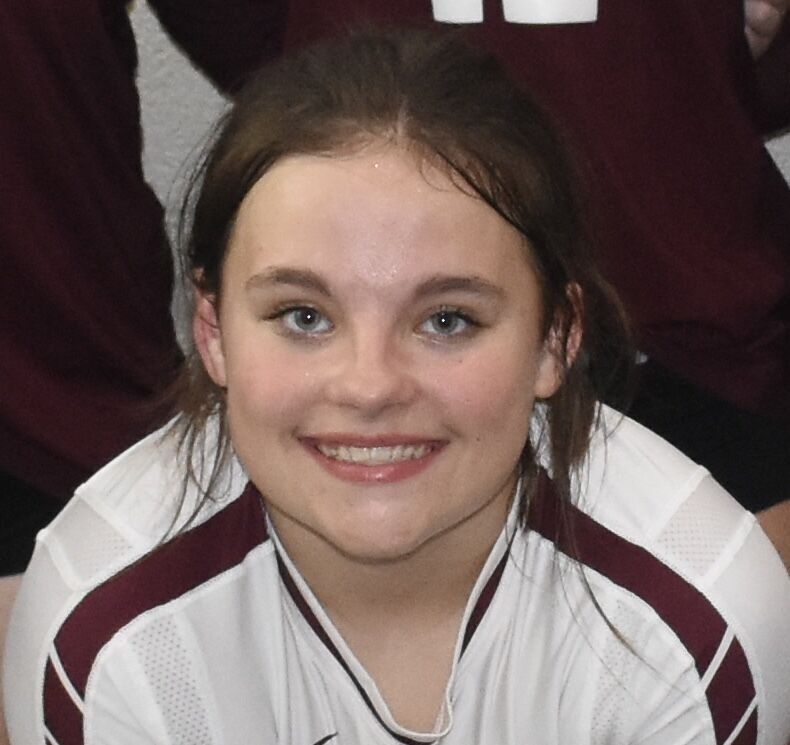 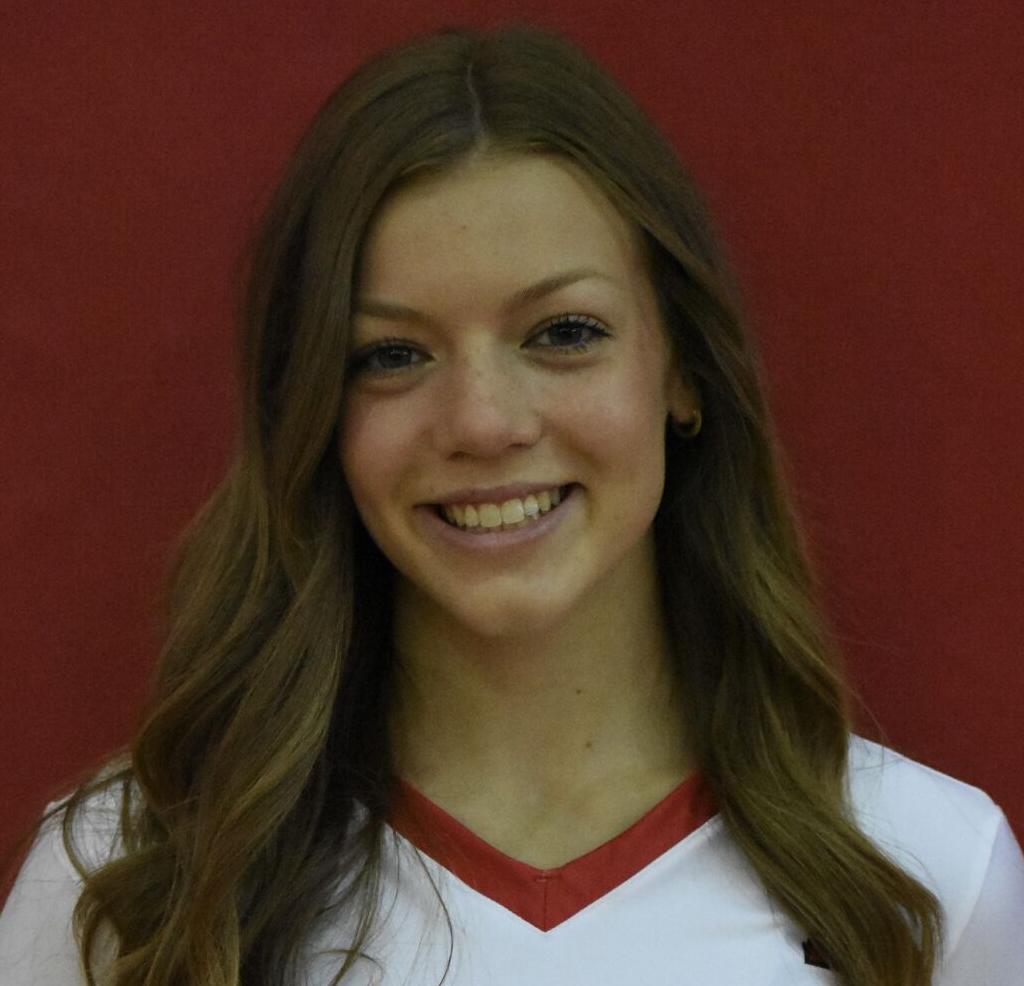 West Ridge libero Allie Jordan, who compiled an impressive 566 digs this past season, is the All-Northeast Tennessee defensive player of the year.

Science Hill’s Jordan Hallman (7) earned Times News/Johnson City Press All-Northeast Tennessee player of the year honors after a season in which she had 313 kills, 67 aces, 84 digs and 54 blocks.

The volleyball season was a successful one across the board for Northeast Tennessee teams.

Four squads reached the sectional round in either Class AAA or AA, though only Sullivan East was able to claim a win and a ticket to the state tournament.

A group of athletically gifted players who helped their squads find success this past season comprises the Times News/Johnson City Press All-Northeast Tennessee team, led by player of the year Jordan Hallman and defensive player of the year Allie Jordan.

The coach of the year is Sullivan East’s Tracy Graybeal.

Graybeal’s squad was predicted to win the Three Rivers Conference at the beginning of the season. After getting swept by Tennessee High in the regular season, Graybeal rallied her troops and won the district and region tournaments in resounding fashion.

The Lady Patriots qualified for the state tournament for the first time since 2010 and performed well in Murfreesboro. East lost the first game against Signal Mountain and won an elimination game against Lawrence County before bowing out to Anderson County on the third day of the tournament.

Hallman’s passion on the court is obvious, and that’s among the primary reasons she will be continuing her career at Virginia Tech.

Her efficiency as a hitter and an offensive threat was unmatched in this area. She finished with the second-highest hitting percentage in the state (.428).

Her energy and fierce competitive mindset will be hard to replace at Science Hill. She was on the state leaderboard in two other categories: 22nd in kills and 23rd in service aces.

The 6-foot-3 Hallman’s final stats were 313 kills, 67 aces, 84 digs and 54 blocks. She was the District 1-AAA tournament MVP, a first-team all-conference pick, made the region tournament team and was an American Volleyball Coaches Association All-America second-team selection.

The Lady Wolves were consistently one of the area’s best defensive teams — hardly a surprise coming from the hard-nosed mentality of the Sullivan South, Central and North programs that combined to make the new high school.

Jordan epitomized the meaning of clutch on defense.

She routinely bailed out West Ridge in big-time situations, seemingly getting to anywhere on the floor in a split-second.

Jordan was tops in the area with an impressive 566 digs.

Norris not only was one of the best setters in the area but in Tennessee. She finished fifth in the state in assists, tallying 927 on the season and 1,454 for her career.

She also had 170 digs, 121 kills and 66 aces. Norris was an AVCA All-America honorable mention selection in addition to being a first-team all-conference pick, making the district tournament team and the winning regional tournament MVP.

Miller was the Lady Blue Devils’ primary offensive threat in a breakout season, and when she was out for more than a handful of matches this season, it showed.

Miller finished with some 200 kills and was voted the Three Rivers Conference player of the year.

An integral part of the Sullivan East attack, Nelson was named the Three Rivers hitter of the year and was the MVP of both the district and regional tournaments.

Pendland, only a sophomore, was voted by her teammates as the team captain.

Pendland’s final stats were 493 digs, 42 aces and 59 assists. She made the district and region tournament teams.

Wines played out of position most of the fall and basically served as a utility player that Boone could slot in at nearly every position.

She played everywhere from outside to setter to defensive specialist, but she is naturally a defensive mastermind.

Player of the Year

Defensive Player of the Year

Coach of the Year