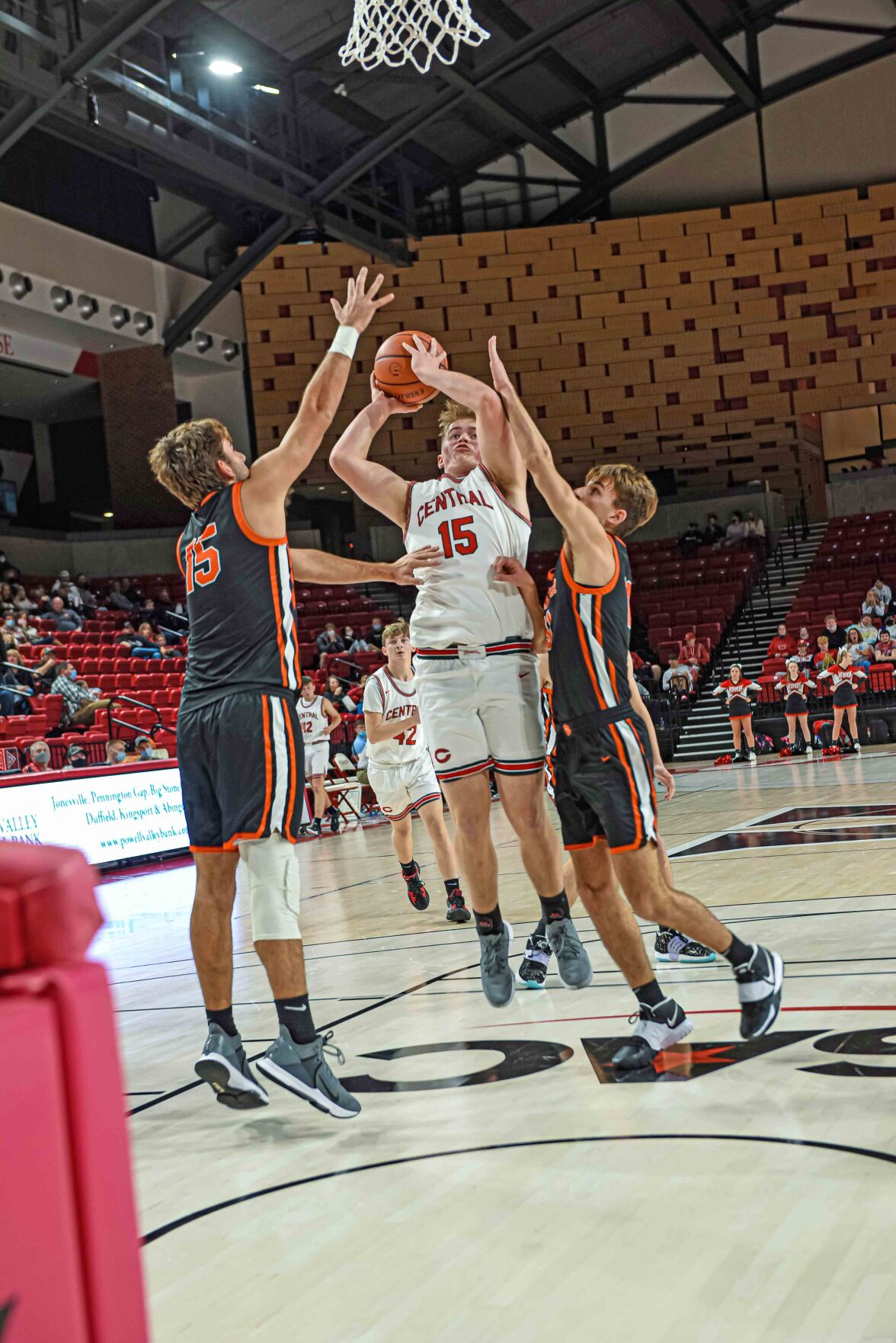 Wise Central freshman Ethan Collins (15) puts up a shot between two Honaker defenders during Wednesday’s preseason game at the Prior Center in Wise. 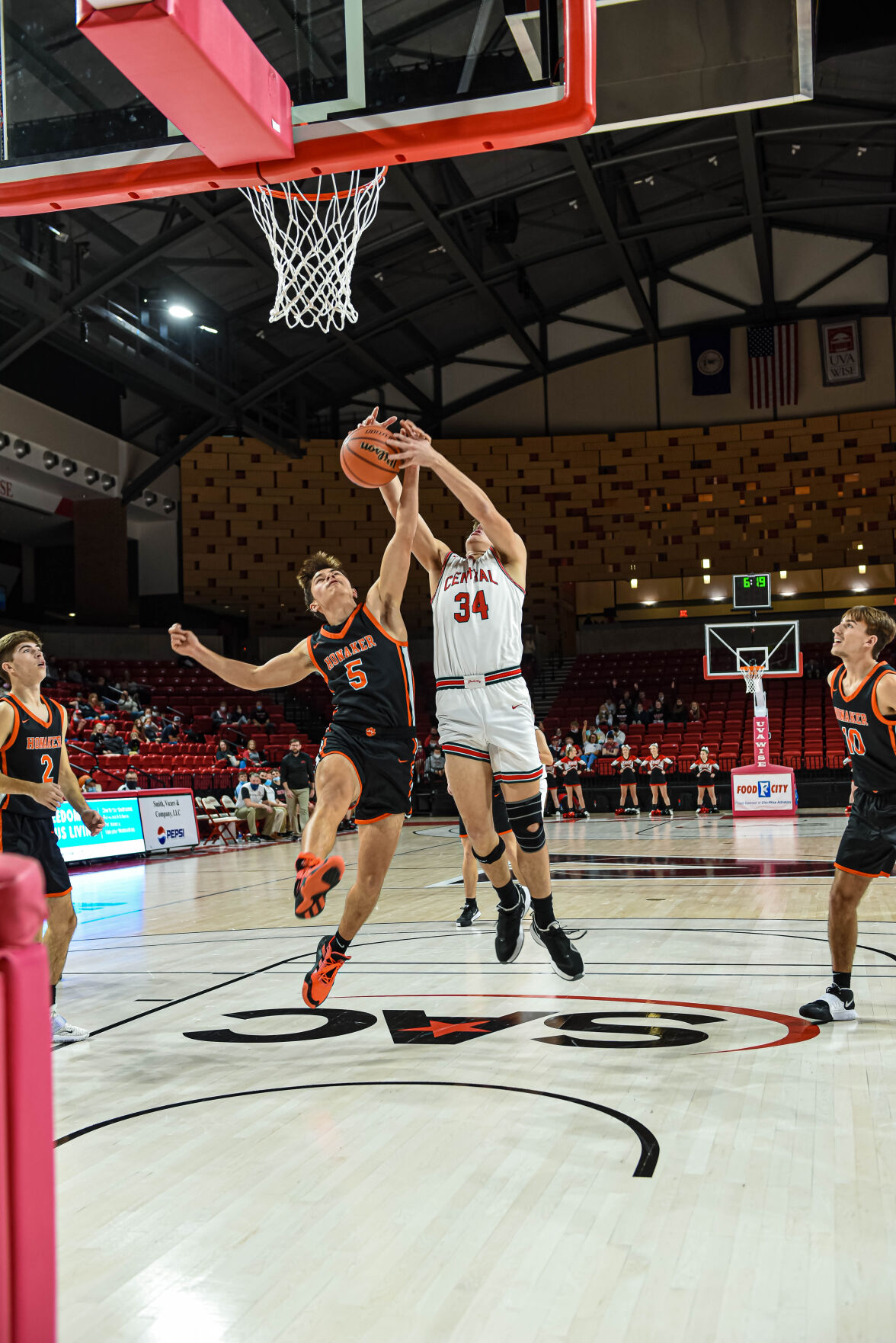 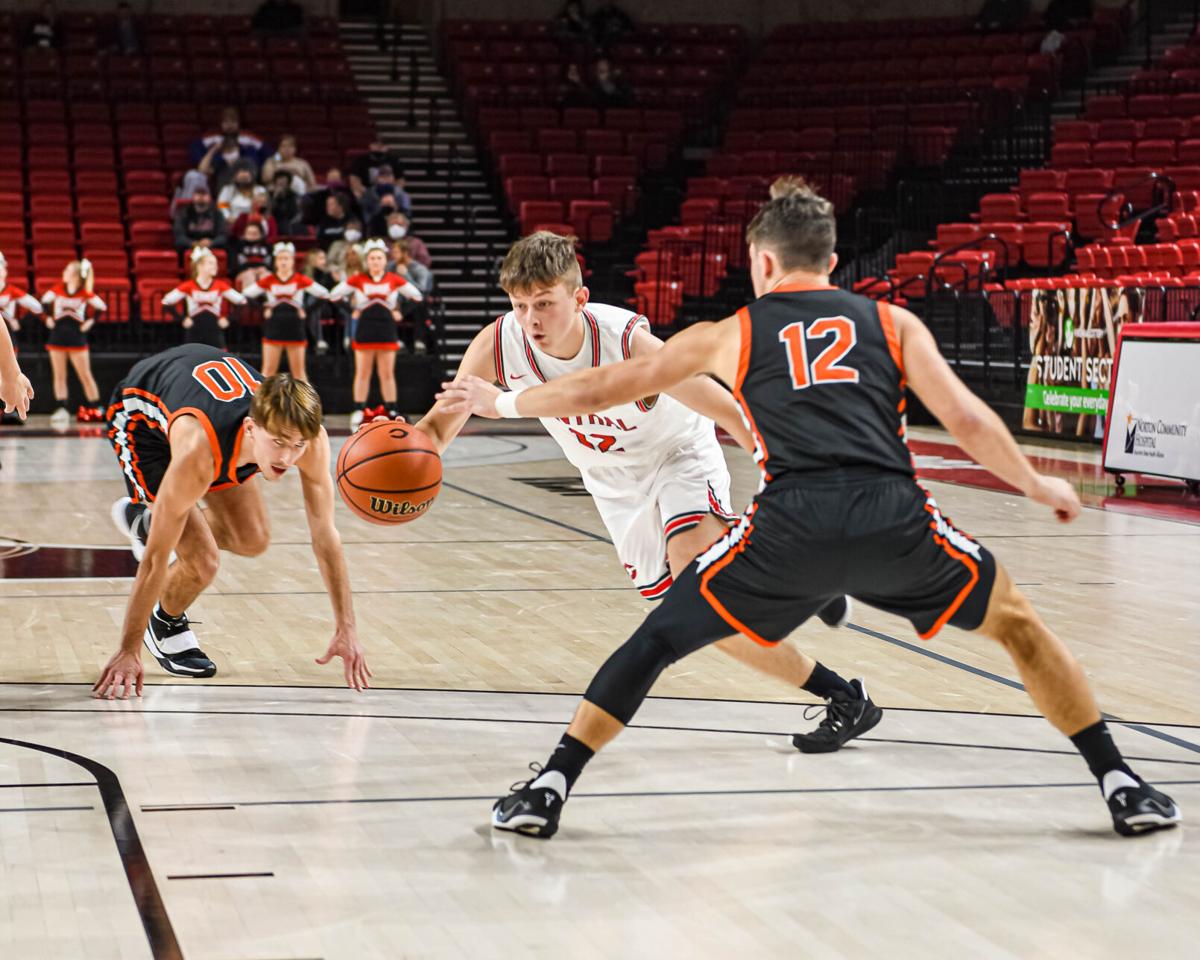 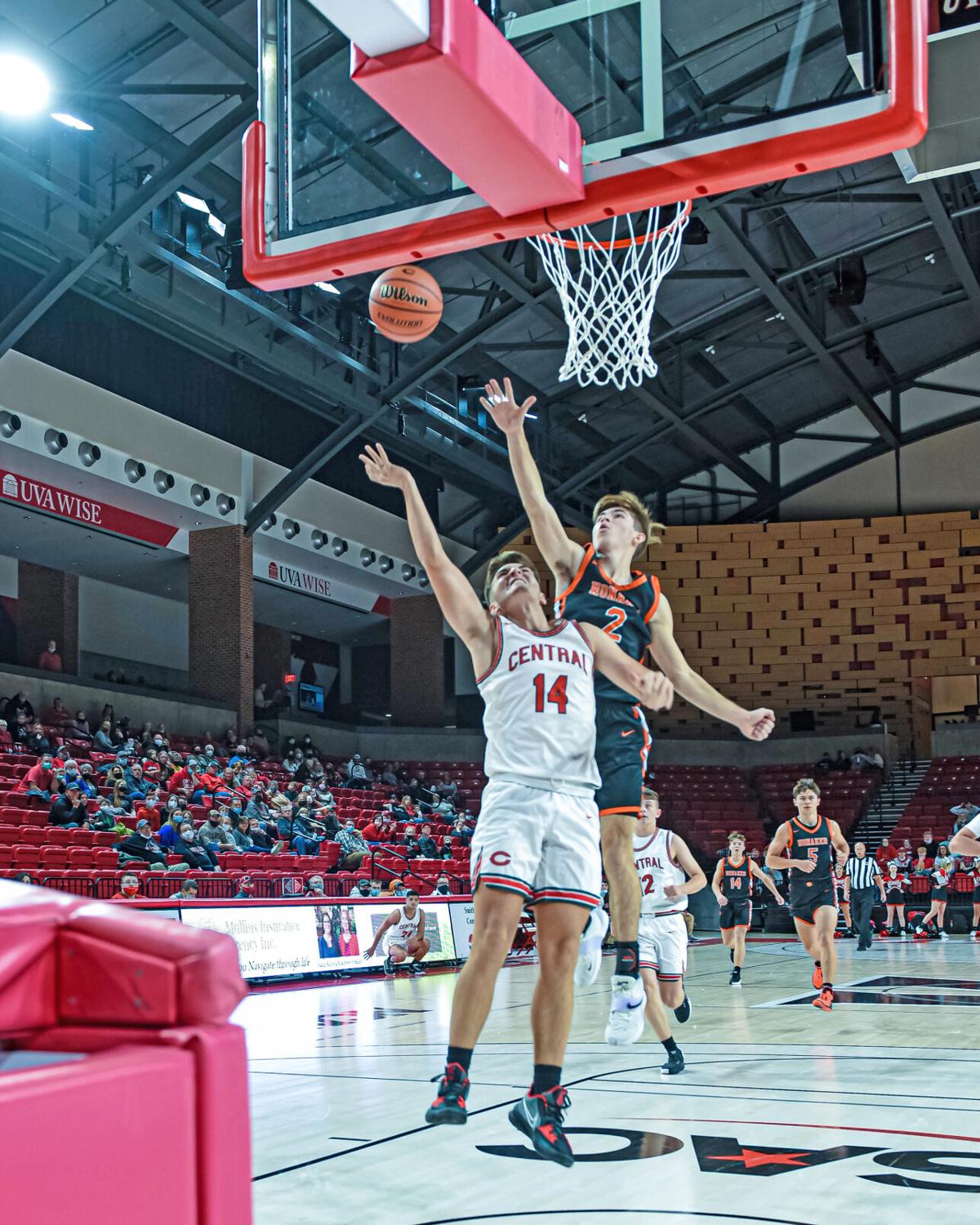 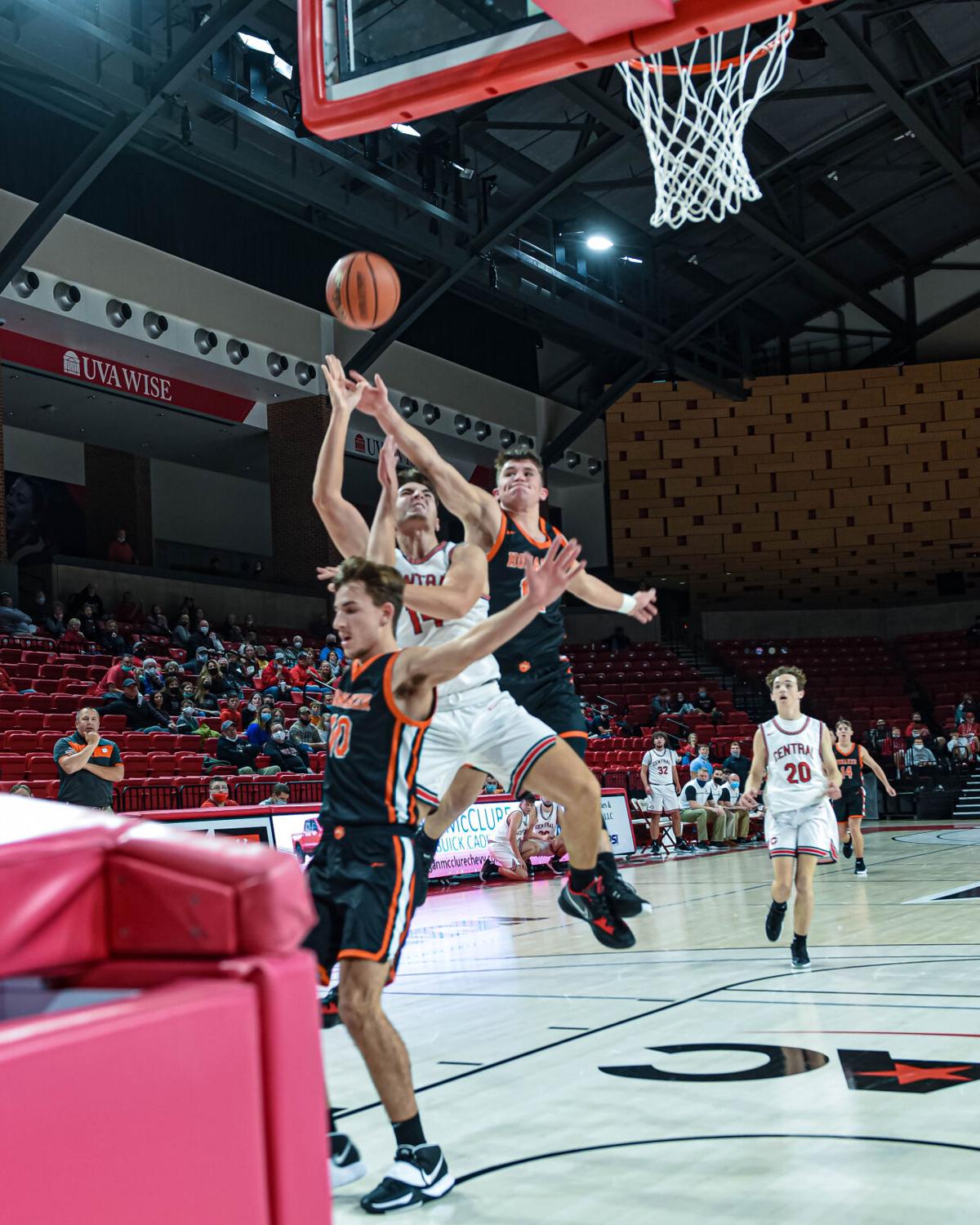 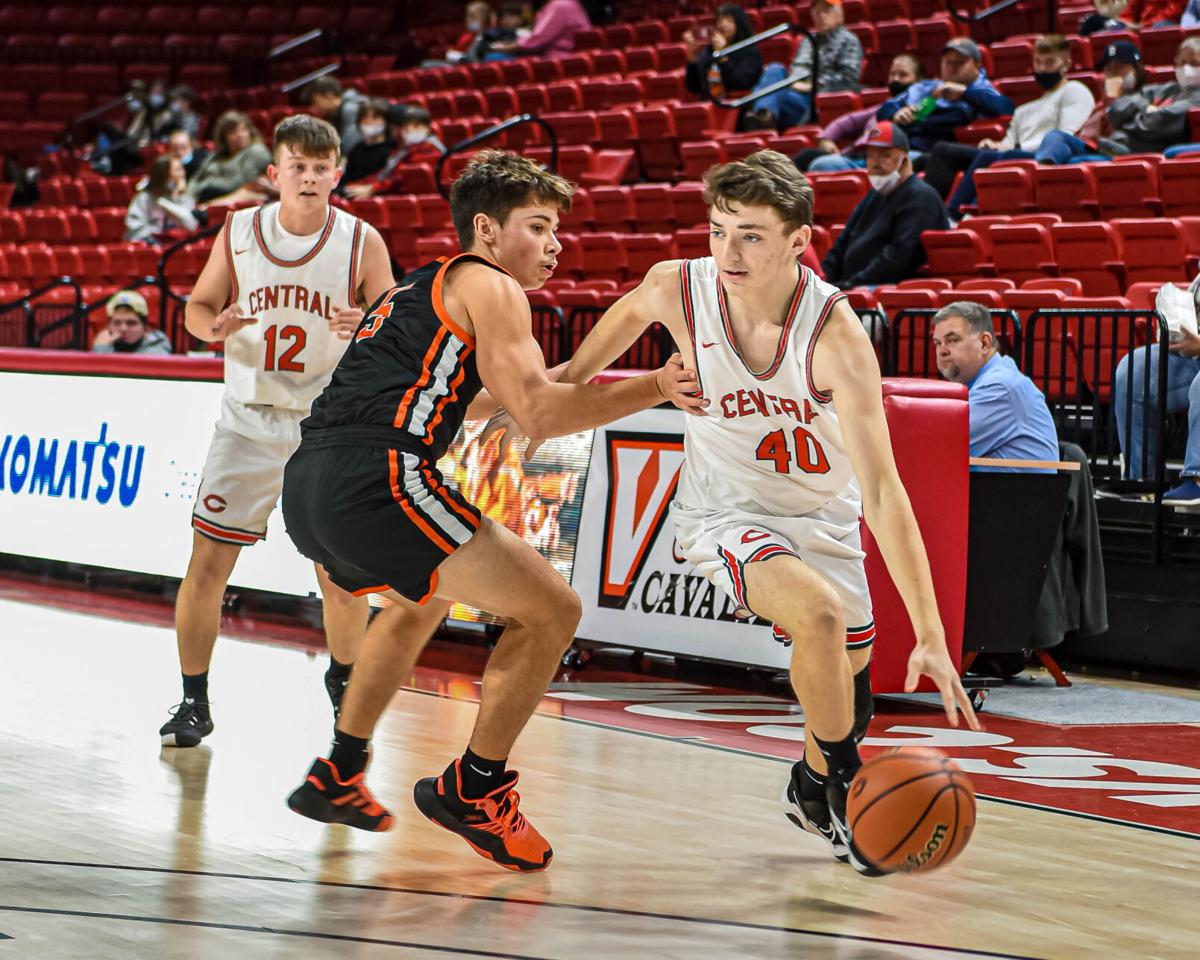 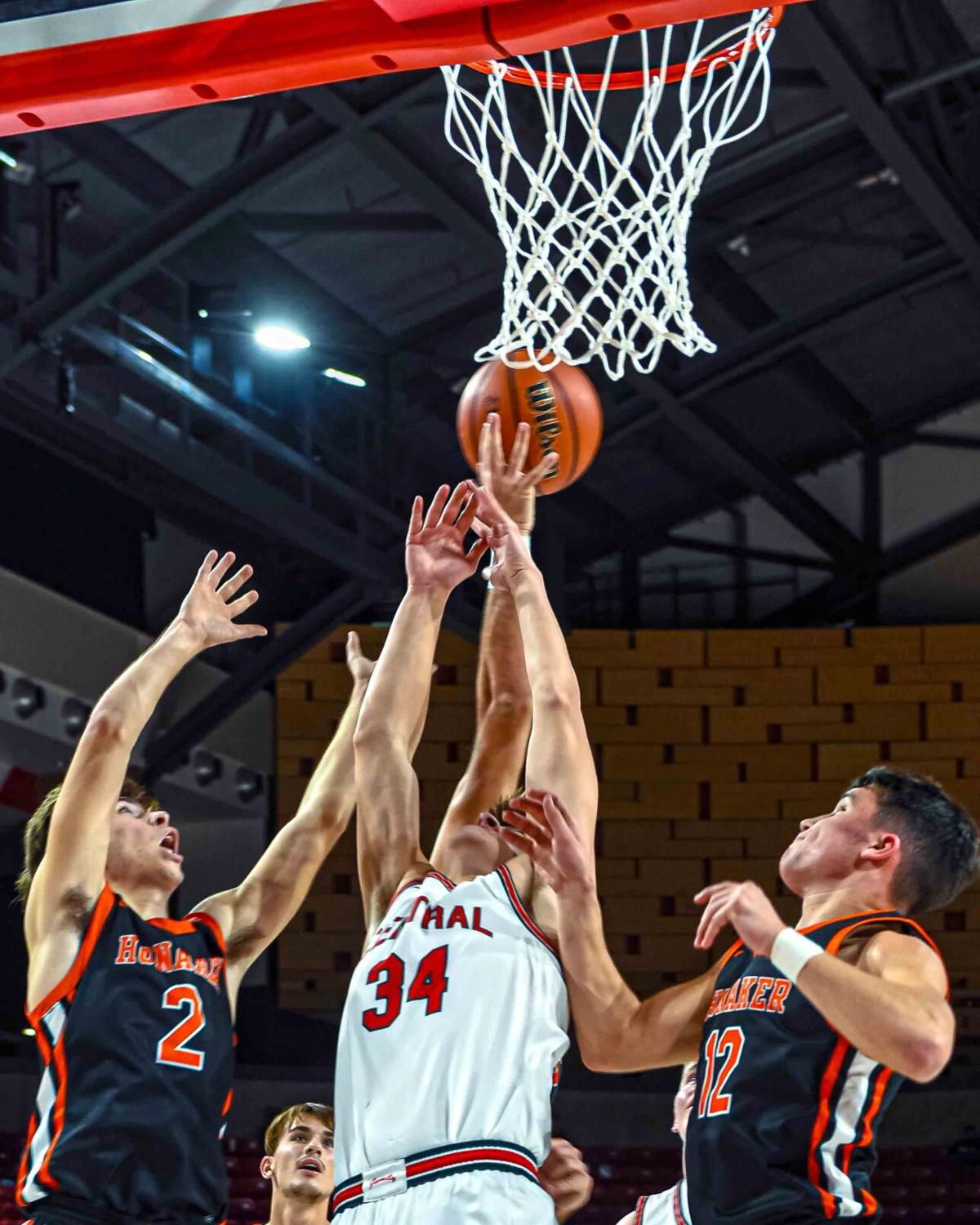 Wise Central freshman Ethan Collins (15) puts up a shot between two Honaker defenders during Wednesday’s preseason game at the Prior Center in Wise.

Freshman Ethan Collins had a strong showing with a double-double of 25 points and 11 rebounds that helped power the Warriors to a 53-46 win over Honaker at Virginia-Wise’s David J. Prior Convocation Center.

First-year head coach Justin Boggs said the play-by-committee approach may be something Central’s followers see a lot of this year.

“We’ve got 15 players on the team, and I’ve got an idea of how I want to rotate them and how I want to play some stuff,” Boggs said. “It’s going to take every one of them, probably just because of situations. Certain people can do certain things, and I’ve got to put the best ones on the floor to do what I need them to do.

Though only a freshman, Collins has plenty of promise and he showed some of it Wednesday, Boggs said.

“I’ve been around him since he was in the fourth grade, I think, and he is just progressively getting better and better. I think over these last two years especially he’s dialed in on wanting to play basketball,” Boggs said. “He’s dedicated a lot of time to it, and I’m going to need him all season to play big.”

Collins said he worked on moving inside against the Tigers and drawing fouls.

“They cut off our shooting a little bit, so we had to get inside the paint a lot and get to the free-throw line,” he said.

The freshman said it was good to get out on the floor against an opponent following last season’s pandemic-impacted play.

“This past year has been difficult, so it feels good to go out there and play someone with a different jersey instead of your friends all the time. It feels good,” Collins said.

Honaker kept things close throughout the second half.

The Tigers cut the Warriors’ lead to four points or fewer three times in the final quarter, including 43-41 with 3:45 left on a jumper from Aiden Lowe.

But Central made a run each time the Tigers drew close.

Honaker tips off the season Wednesday against Marion in the opening round of the Ballard Lee Bearcat Tip-Off at Virginia High.