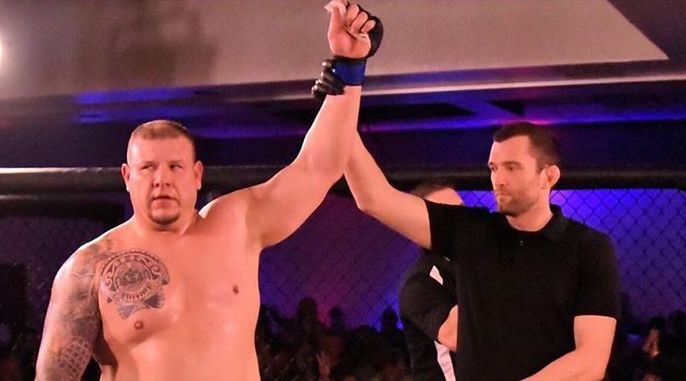 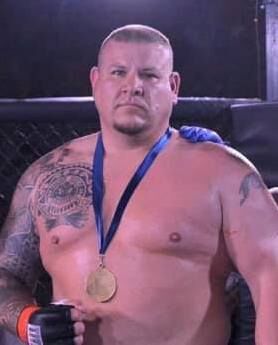 As a star defensive end, Brandon Calton played a key role in one of the biggest team wins in East Tennessee State football history.

Event promoter Casey Oxendine has worked with Sullivan County and Kingsport officials for extra precautions due to the COVID-19 pandemic. There are the social distancing measures, while all fans are required to wear a mask. There will even be a prize given to the person with the best decorated mask.

“We’ve done all the safety protocols, and we will have a good, safe event,” Oxendine said.

Calton, nicknamed “Bone Crusher,” is best known for a fumble recovery in the Bucs’ 19-16 upset of then No. 1-ranked Georgia Southern in 2001. He went on to have a stellar career for the Bucs, named All-Southern Conference his senior season after recording 75 tackles, including 15.5 for a loss.

He later signed a free agent deal with the Pittsburgh Steelers and was briefly there for training camp.

Now, the Pennington Gap native will go one-on-one with Beaudry in a three-round super heavyweight fight. Calton, 39, threw a series of strikes to win a second-round TKO against Austin Green in his last amateur fight in January.

Beaudry, 30, is 0-4 as a professional after losing back-to-back contests to fellow Michigan fighter Christos Pillafas. Still, Beaudry is a dangerous opponent, with a winning record over 30 amateur fights.

Tall and lanky at 6-feet, Schick comes into the bout with an eight-fight win streak counting kickboxing and MMA. Schick has fought for Bellator, scoring a second-round knockout win over Ahva Mayi in a special event prior to the August 2017 NASCAR race at Bristol Motor Speedway.

Tisdale is at a severe height and reach disadvantage at 5-feet tall. He hopes to make up for it with a fearless attitude that has earned him the nickname “The Lunatic.”

Anthony Tisdale and Josh Oxendine will face off in another featured match, an MMA match, three rounds at 135 pounds.

Seven amateur contests featuring MMA, Muay Thai and kickboxing make up the rest of the card. It is highlighted by a 170-pound title fight between Dylan O’Sullivan and Joshua Baker for the Showcase amateur welterweight title.

O’Sullivan, (7-4) out of Johnson City, qualified for the title fight by earning a split decision over Ernest Robinson in Asheville. It will take a big effort to dethrone Baker, an undefeated Jiu-Jitsu specialist out of Myrtle Beach nicknamed the “Gingerbread Man” and considered one of the top prospects in the Southeast.

Both fighters are tall with Baker, at 6-foot-3, having a slight height advantage over the 6-foot-1 O’Sullivan.