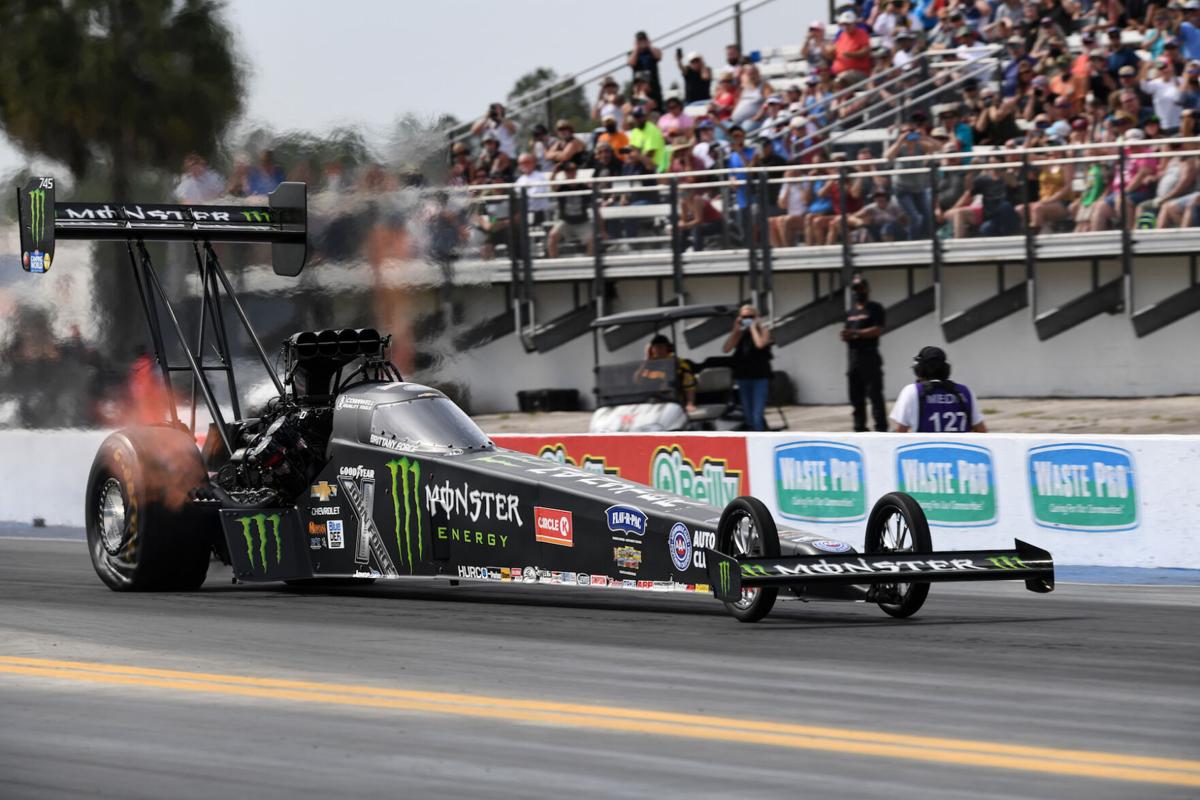 Brittany Force has a top speed of 338.17 mph in her Top Fuel dragster. She is currently second in the Camping World standings, 52 points behind leader Steve Torrence. 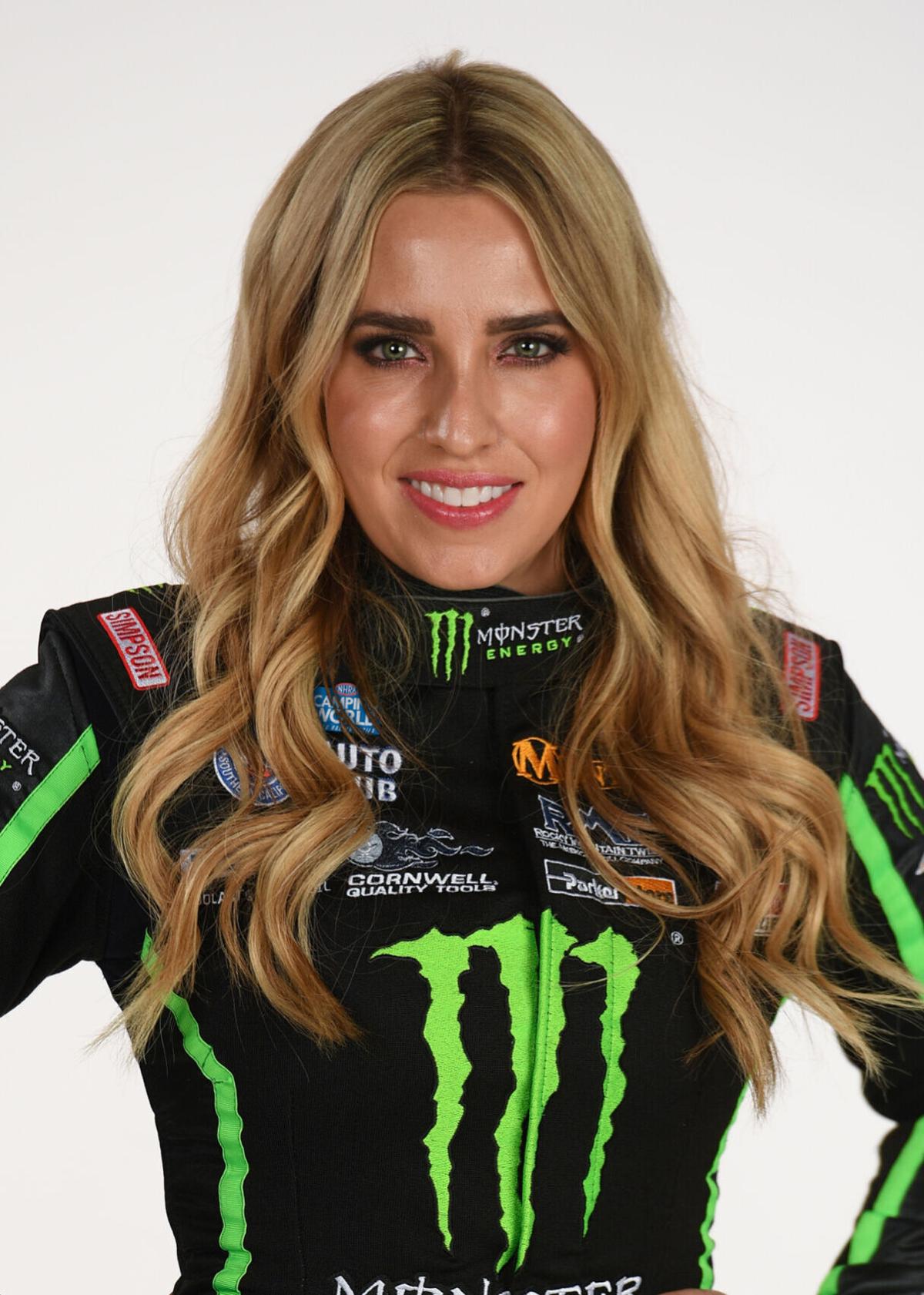 Brittany Force has a top speed of 338.17 mph in her Top Fuel dragster. She is currently second in the Camping World standings, 52 points behind leader Steve Torrence.

Force, the daughter of drag racing legend John Force, has made her own mark in the sport as the 2017 NHRA Top Fuel world champion. She’s currently second in the Camping World standings, 52 points behind leader Steve Torrence.

Most impressive is a feat of nine No. 1 qualifying efforts in a row and 11 overall this season. In addition, she has two wins, Topeka and Indianapolis, and three other final-round appearances coming into Bristol, a place she truly enjoys.

“It’s one of my favorite tracks on the circuit. There’s no race track like it,” she said. “You can stand up on the mountain and watch these cars go 300 mph down the track. It’s unbelievable, a beautiful facility. I want to enjoy it from the winner’s circle.”

It’s exciting times for fellow Top Fuel pilot Leah Pruett. She’s engaged to NASCAR Hall of Famer Tony Stewart and is expected Thursday morning to be named the driver of a new team for next season.

In the meantime, she’s trying to finish the year off strong for her Don Schumacher Racing team. Pruett scored her 15th career win in August at Pomona, turning around what had been a disappointing season.

“That Pomona race meant everything. Our team was at an ultimate low after Denver,” Pruett said. “When everything is going terrible, not one thing is going to fix it. In those moments, you have to build your character, your work ethic, your determination. You hope it pays off and your hard work comes to fruition. That’s what it meant to us.”

Since then, she feels there could be any weekend they break through at another track.

Alexis DeJoria ranks seventh in the Funny Car standings with her best finish of the season a runner-up at Indianapolis. A seven-time winner on the NHRA tour, she has optimism coming to Bristol, where crew chief Del Worsham is a former winner in both NHRA and IHRA competition. DeJoria has her own success at Bristol, site of her first ever final-round appearance in 2012.

“I love racing at Bristol. It’s one of my favorite tracks because of the acoustics of the cars going down the track, sounding like they’re monsters in between those hills,” DeJoria said. “It’s such a beautiful place, and there’s a lot of good memories there.”

The Pro Stock Motorcycles will return to Bristol after nearly two decades. Angelle Sampey raced at Bristol in 2001 and comes into this weekend third in the points behind four-time bike champion Matt Smith.

Another contender is Angie Smith, the points leader’s wife, who ranks seventh in the standings. It will be her first time racing at Bristol.

“We lobbied for Bristol. We’ve been asking for Bristol for several years,” she said. “Our fans have requested us to be there, and we’ve always wanted to race at Thunder Valley. We’re really excited about it.”

Pruett will be making an appearance at the Thunder Valley Club at Bristol Dragway from 7-8 p.m.

It’s part of “An Evening at the Brewery” event starting at 6 p.m. with a portion of the proceeds to benefit Speedway Children’s Charities. Michael Waltrip Brewing will reveal its new Thunder Valley Porter during the event with additional drinks and food and music after a Q&A session.