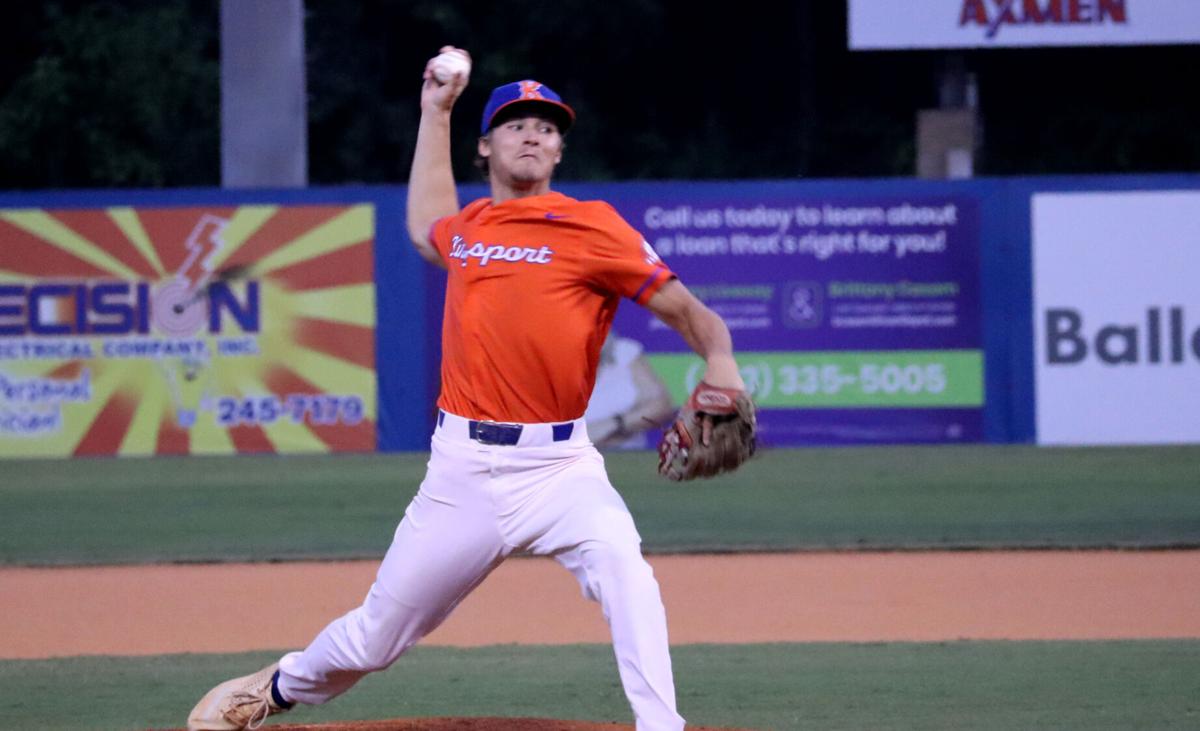 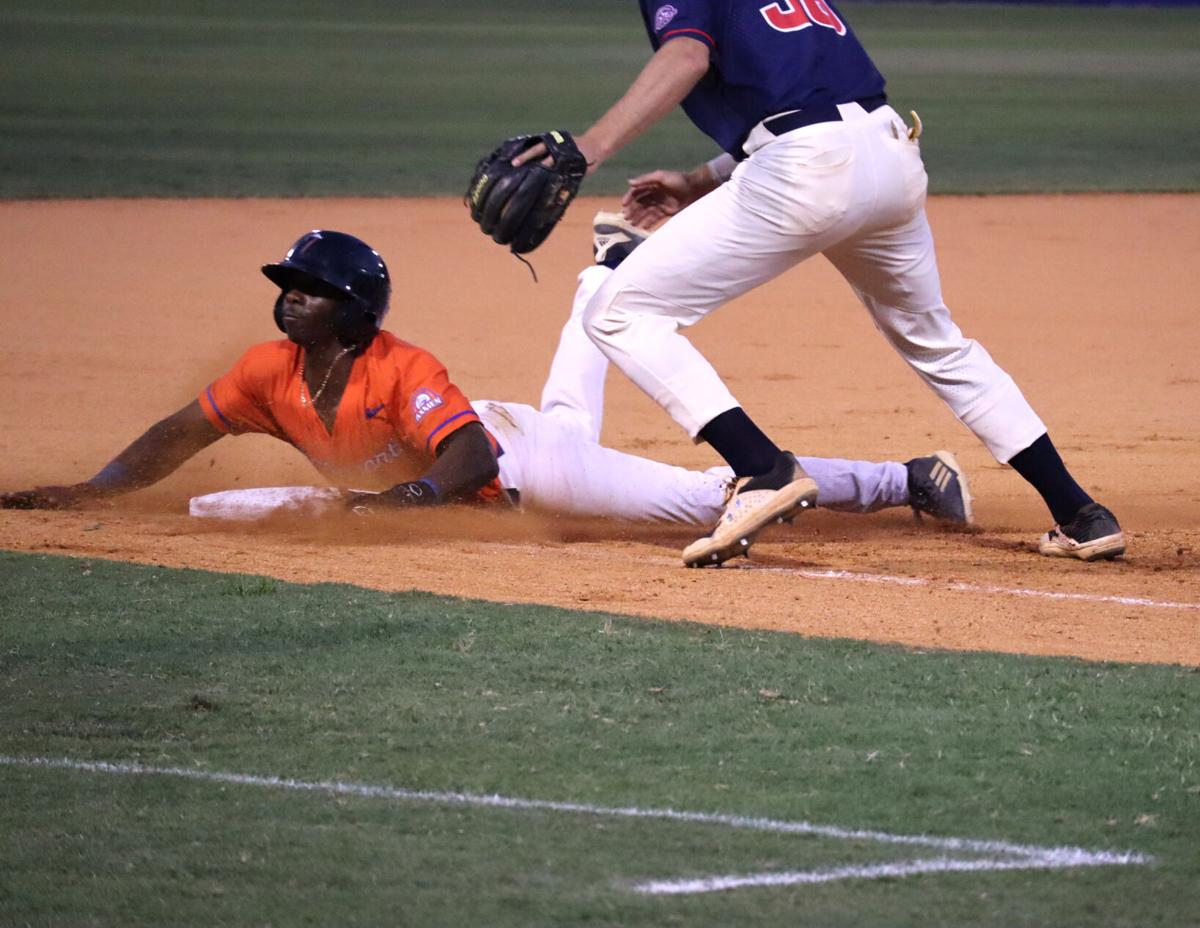 Kingsport’s Van Gupton Jr. beats the throw to third base in Wednesday’s game against Greeneville.

The Road Warriors dugout keeps an eye on the action in Wednesday's Appalachian League contest with the Greeneville Flyboys.

Kingsport’s Van Gupton Jr. beats the throw to third base in Wednesday’s game against Greeneville.

The Road Warriors dugout keeps an eye on the action in Wednesday's Appalachian League contest with the Greeneville Flyboys.

KINGSPORT — A two-run Greeneville rally in the final inning ruined the inaugural Appalachian League home game for the Kingsport Road Warriors on Wednesday.

Tayler Aguilar delivered a two-RBI single in the top of the seventh inning for the visiting Flyboys to give Greeneville a 4-2 win over the Road Warriors at Hunter Wright Stadium.

The game was the first of a doubleheader and first home contest for the Road Warriors, a team that started playing July 16 after replacing the Axmen as the Model City’s Appalachian League club.

In the second game of the doubleheader, Greeneville (28-14) scored three runs in the second inning and held on to take a 3-0 win over the Road Warriors (1-9).

The Axmen players were released from their obligation to the league by USA Baseball earlier this month following players allegedly being threatened with physical harm by a former Axmen player.

The Road Warriors were quickly formed by Boyd Sports and played their first eight games on the road in the Appy League before appearing Wednesday for their first night of four straight at Hunter Wright.

Aguilar finished the first game with three RBIs for Greeneville, while Kyle Karros — the son of former Los Angeles Dodger great Eric Karros — and Trevor Austin each had two hits.

Greeneville opened the game with two runs in the first inning following singles from Karros and Austin.

Kingsport cut the Flyboys lead to 2-1 in the bottom of the third when Van Gupton Jr. singled and later scored from third on a fielder’s choice.

Gupton added another run for the Road Warriors in the fifth inning by taking advantage of two Greeneville fielding errors that allowed Gupton to round the bases and tie the score at 2-2.

The score remained tied until the top of seventh, when Aguilar broke the tie with his single.

Daylen Reyes led the attack for the Flyboys, going 2-for-3 with an RBI.

Chris Williams and Jac Croom each had an RBI for Greeneville.

He finished the night tossing a one-hitter, allowing no runs with five strikeouts and two walks.

BACK AT IT THURSDAY

The two teams face off again Thursday at Hunter Wright Stadium at 7 p.m.