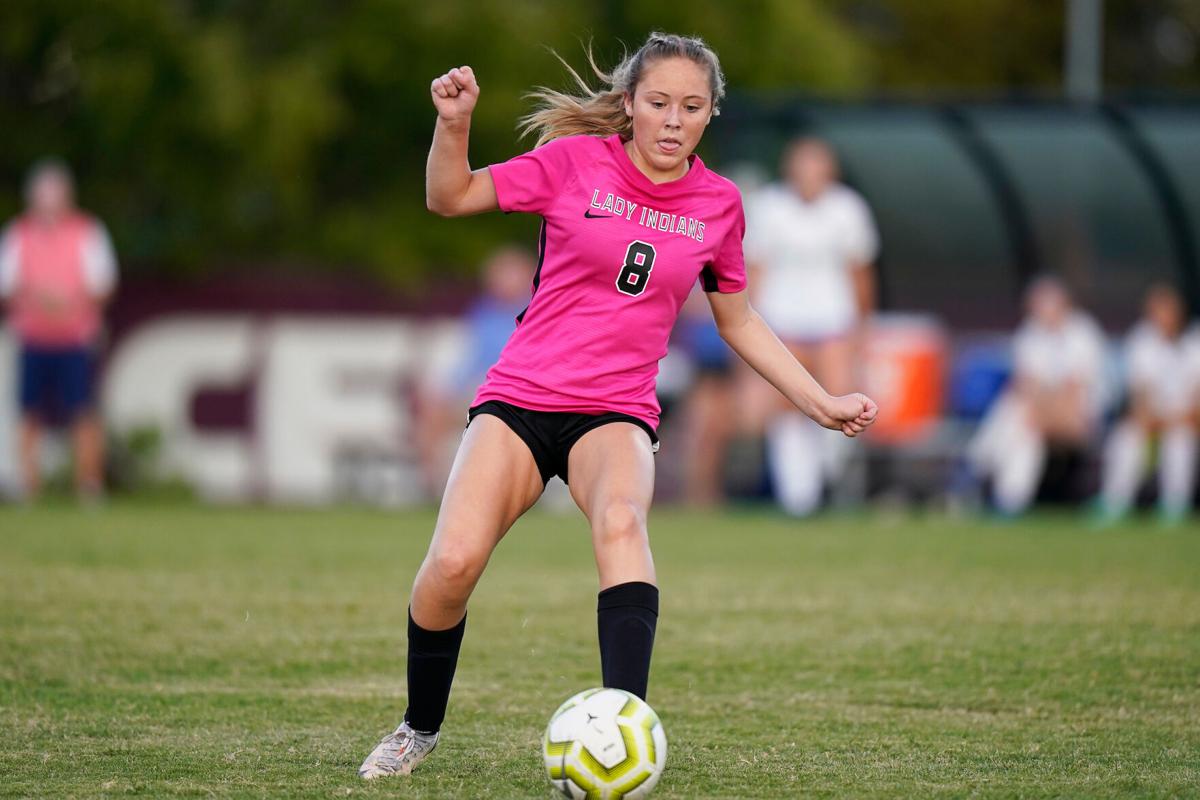 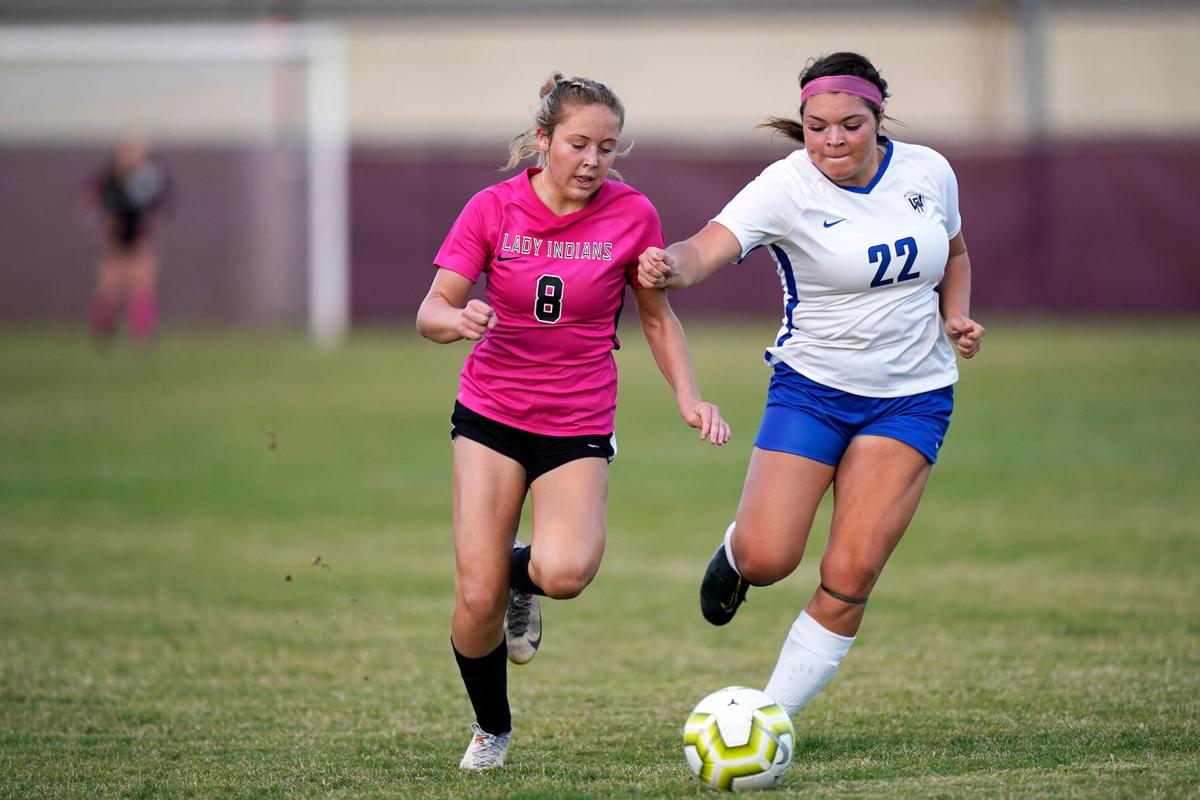 Dobyns-Bennett’s Ava Flanary (8) and West Ridge’s Chloe Nelson (22) chase after the ball at Indian Highland Park on Tuesday in Kingsport. 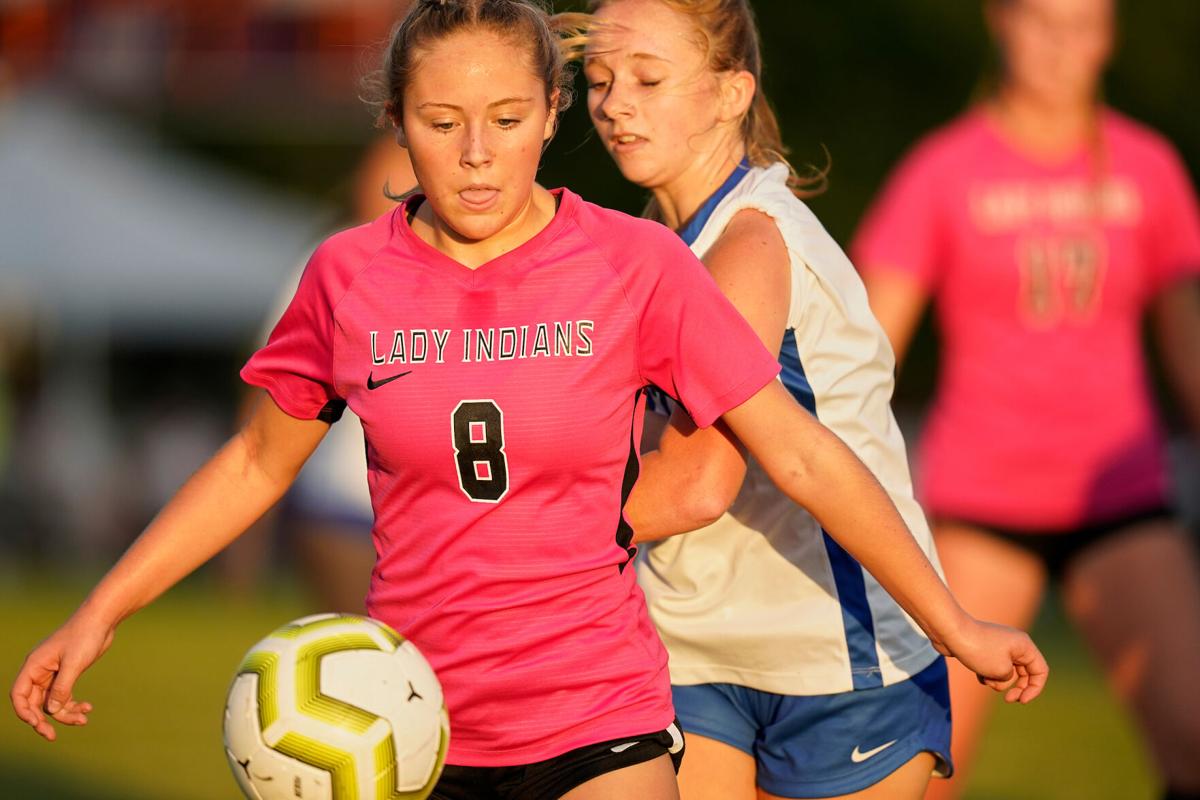 Dobyns-Bennett’s Ava Flanary (8) and West Ridge’s Chloe Nelson (22) chase after the ball at Indian Highland Park on Tuesday in Kingsport.

KINGSPORT — Pushed to the brink in overtime, the Dobyns-Bennett girls soccer team needed something special to happen.

Flanary pounced on a loose ball and raced down the right side of the West Ridge defense before delivering a perfectly placed shot in the third minute of OT that found the back of the net. The breakaway gave D-B a tougher-than-anticipated 1-0 victory over the Lady Wolves in Tuesday’s District 1-AAA semifinals at Indian Highland Park.

“I saw the opening on the left side of the goal and just took the shot,” Flanary said. “Once we got the lead, we just locked it in our defense and played together as a team.”

The victory propelled D-B (13-4-1) into Thursday’s championship match against top-seeded Science Hill (19-1-2), a 9-0 winner over Daniel Boone in the other semifinal.

While the Lady Indians dominated the stat sheet, it was the Lady Wolves who dominated the field of play. West Ridge (3-11-2) challenged and won almost every 50-50 ball during regulation.

D-B had its best chance to score in the 72nd minute when a shot careened off the West Ridge goalpost. The Lady Wolves had their own chance two minutes later when a corner kick landed in front of the Tribe goal but was immediately cleared out of harm’s way.

The start of overtime seemed to light a fire under the Lady Indians. They produced three quick shots before Flanary provided her game-saving goal.

After taking the lead, D-B used a smothering defensive effort over the final 17 minutes of OT to keep the Lady Wolves at bay.

“We didn’t play as well as I’d hoped,” said Lady Indians coach Tony Weaver. “But we did play our best in the overtime. The girls didn’t quit, they just grinded this one out. This victory was a total team effort.”

The Lady Wolves pushed D-B to the limit and were ever so close to a major upset.

“That was the best game we’ve played all year,” said West Ridge coach Emily Robinette. “I really would loved to have won this game, but sometimes sports are about improving yourself. Tonight these girls played as well as they could and that’s all I could ask of them.

“Our record doesn’t show the improvement we’ve made this year.”