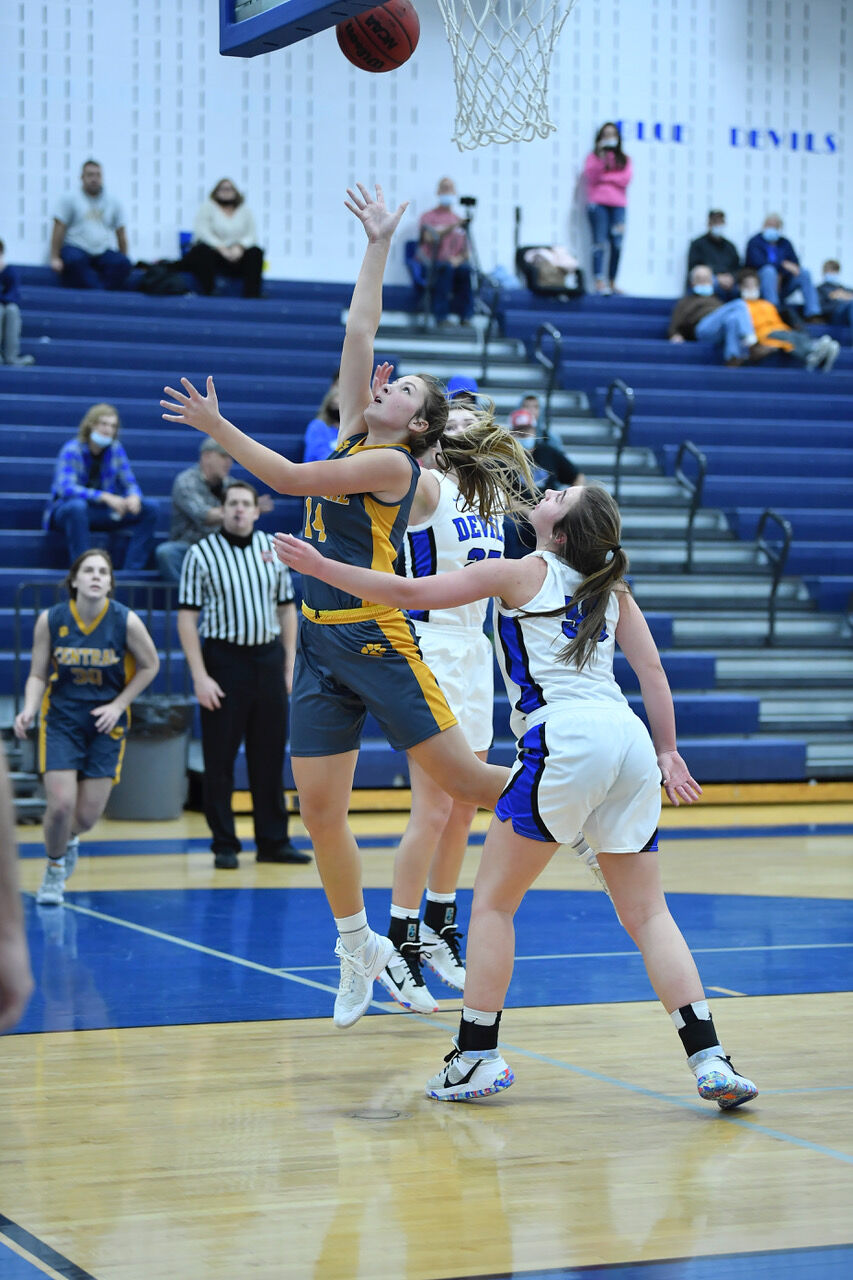 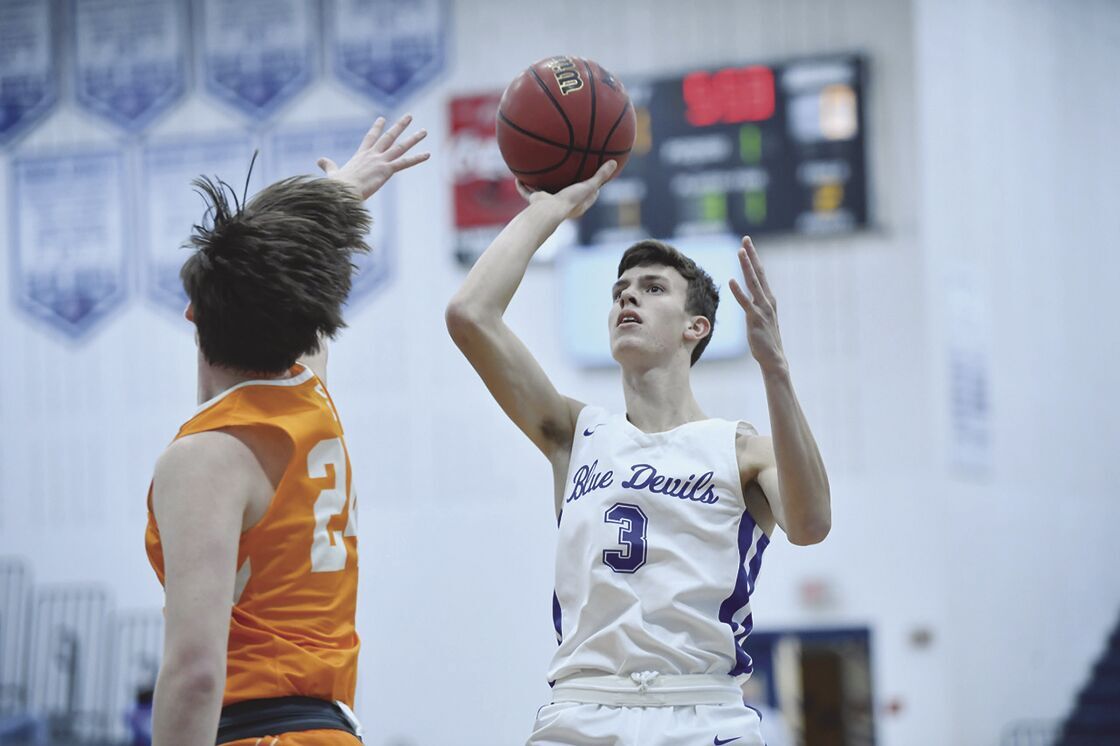 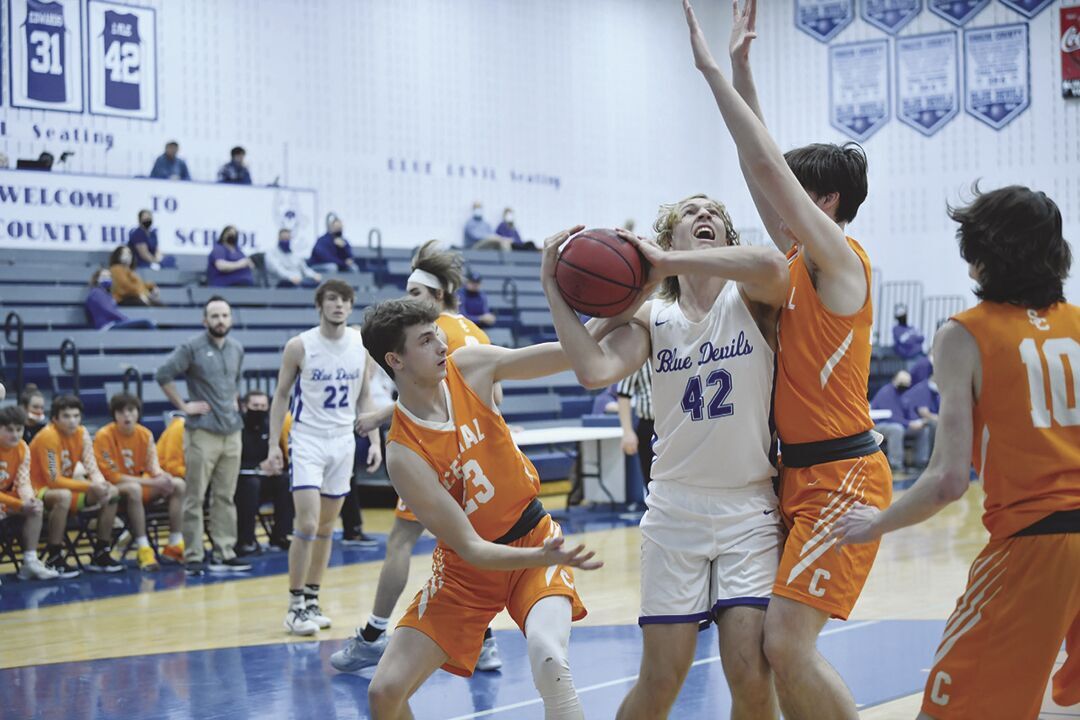 Unicoi County’s Lucas Slagle (42) goes up for the tough basket against Sullivan Central’s Harrison Sherfey on Tuesday night in Erwin. 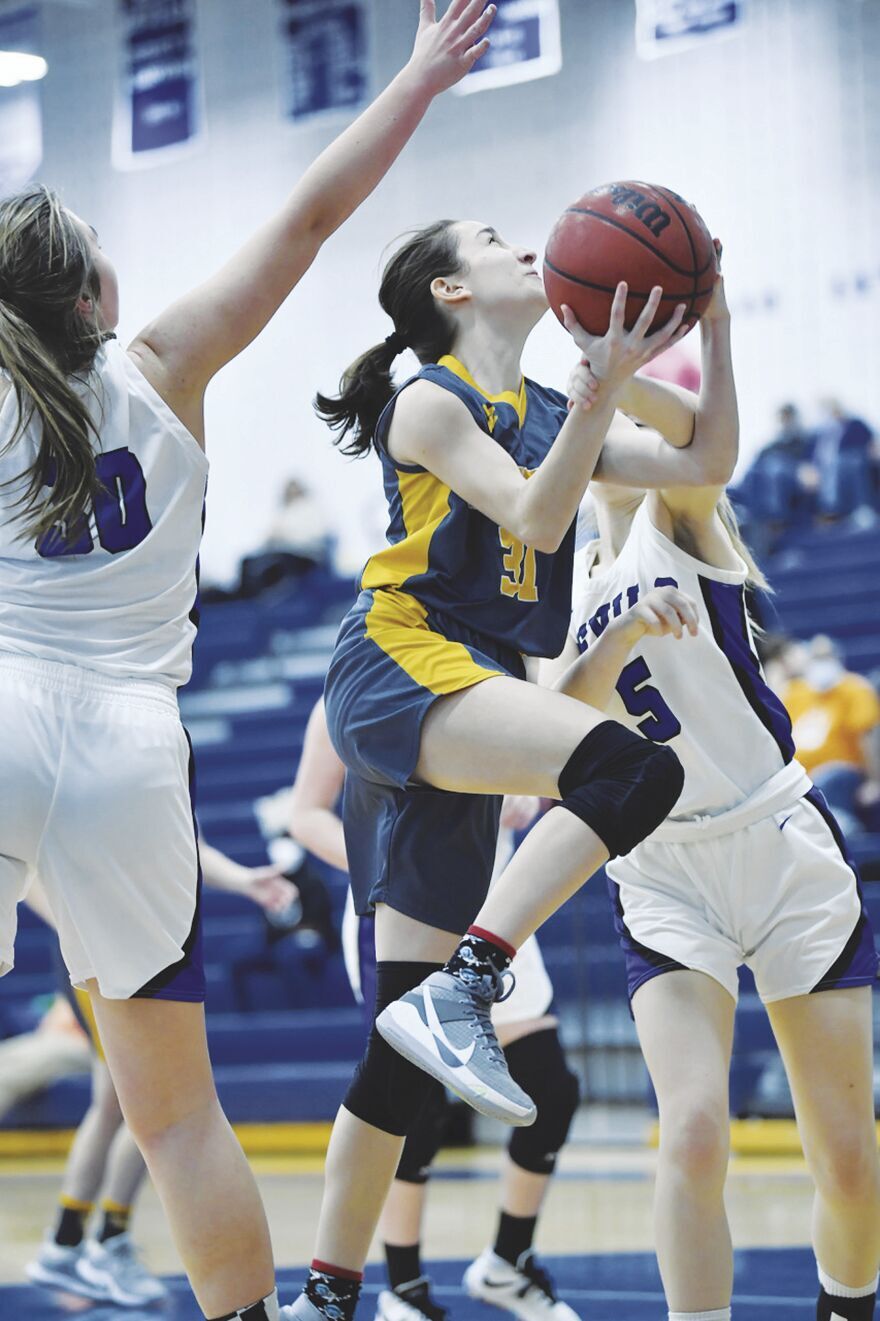 Sullivan Central’s Noemi Morales (31) goes up for a shot against Unicoi County on Tuesday in Erwin.

Unicoi County’s Lucas Slagle (42) goes up for the tough basket against Sullivan Central’s Harrison Sherfey on Tuesday night in Erwin.

Sullivan Central’s Noemi Morales (31) goes up for a shot against Unicoi County on Tuesday in Erwin.

“This was a good team win for sure and when we lost to Elizabethton, that still hung with us because that was tough,” sophomore guard Grant Hensley said. “Two wins in a row is a streak and that’s a good conference win.”

The youthful Blue Devils didn’t shoot the ball particularly well, going 20-for-42 from the field, but held Central to 17-of-42 shooting and forced three turnovers in the last four possessions.

“Anytime that we set our defense and not foul the guy or go for the steal, I think we really have a chance to contest shots,” Unicoi County coach John Good said. “We got out of position early. I thought both teams played really hard and it came down to who could hit a shot here and there.”

Ethan Lane led the way for Central, netting 19 points on 5-of-14 shooting and making all seven of his free throws.

Joltin Harrison finished in double figures as well, chipping in 12 for the Cougars.

“This team pulls for each other and I think that’s imperative for any type of team to continue growing,” Good said. “Our culture is growing by them not being selfish and playing for one another.

“All of them want to make plays, but they’re OK if someone else is making plays and that shows when they pull for each other during the game.”

An impressive defensive effort in the last three quarters spurred the Lady Cougars to a 48-30 win.

After giving up 19 points in the opening quarter, Central held Unicoi County to just 4-of-26 shooting and 11 points after switching to a 2-3 defense.

“We did a very good job defensively in the second half,” Central coach Kristi Walling said. “That’s something we’ve struggled with: starting the game defensively like we want to finish it.”

Bre Yarber came off the bench to score a game-high 19 points on a 7-of-13 effort from the field and 5-of-5 free-throw shooting. Jaelyn West added 13 points for the Lady Cougars.

“(Yarber) has been huge for us and she does so many different things,” Walling said. “She can shoot outside, play great defense in the post, handle the ball and rebound. She also takes some of the pressure off of (West) and Jaelyn has played a lot better.”

Caroline Podvin, with 13 points, was the leading scorer for Unicoi County, but only three came in the second half. The Lady Blue Devils were guilty of 21 turnovers and shot a woeful 13.3% after halftime.

The varsity basketball teams of Sullivan Central and Unicoi County settled for a split Tuesday in Erwin. After the Lady Cougars sped off with …