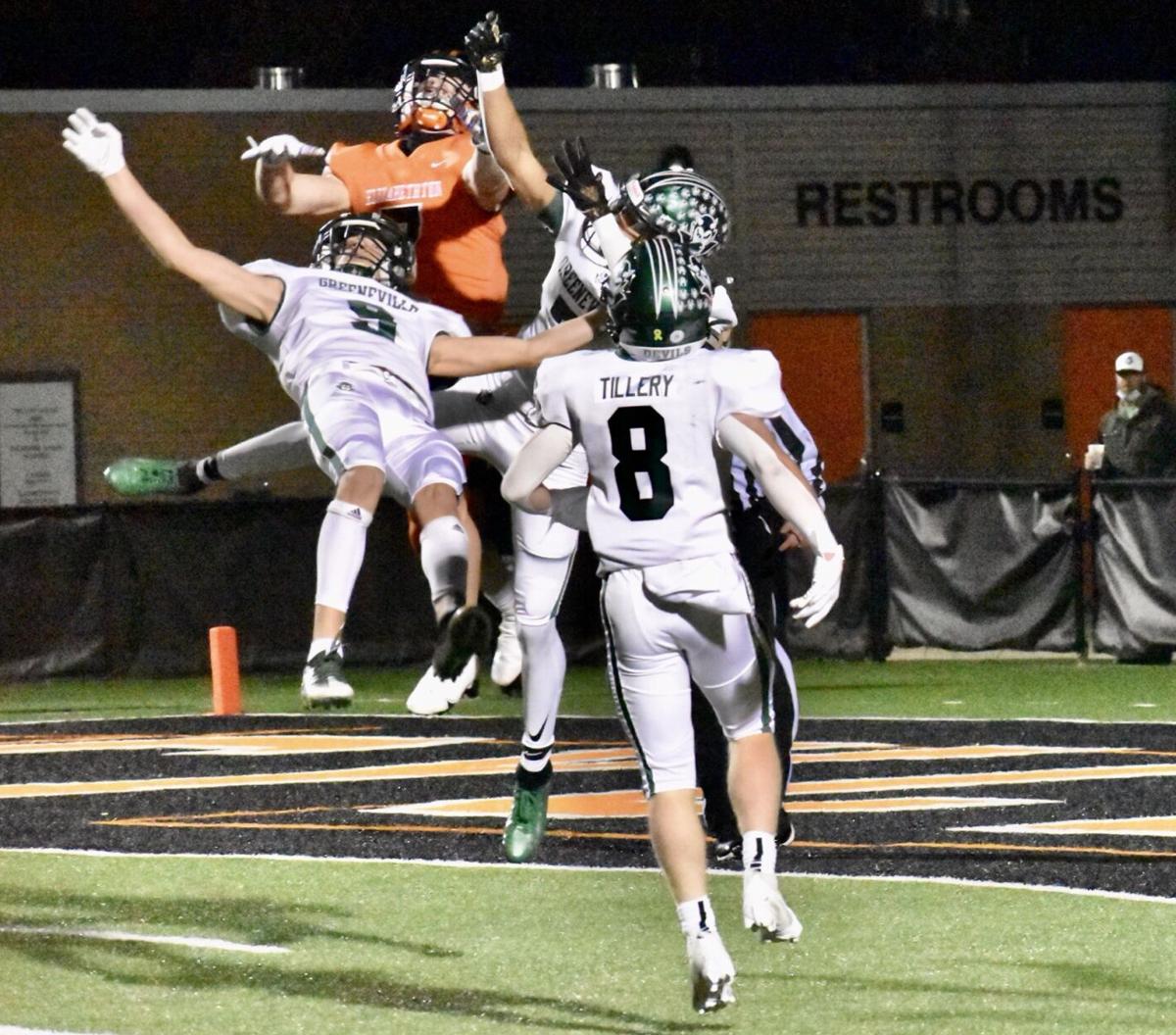 Elizabethton‘s Parker Hughes and three Greeneville defenders have an eye on a deflected pass at the goal line during Friday night’s Class 4A quarterfinal game in Elizabethton. 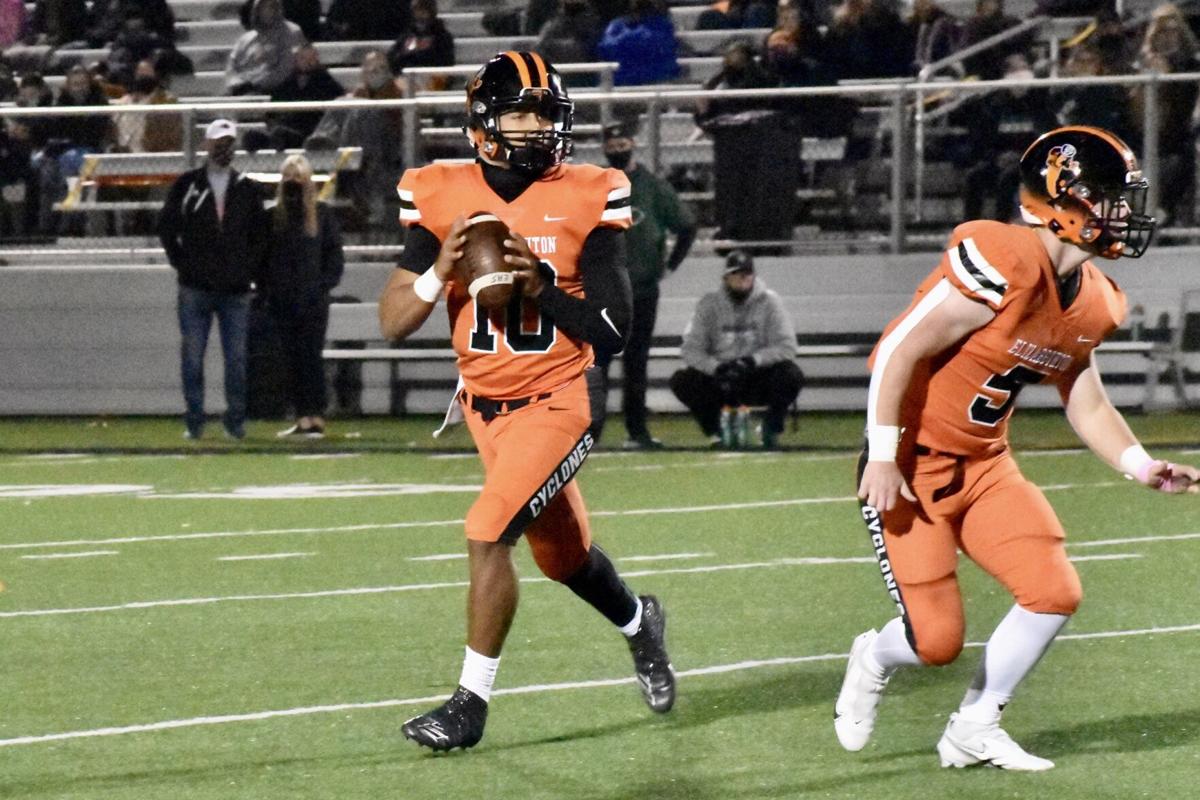 Elizabethton‘s Parker Hughes and three Greeneville defenders have an eye on a deflected pass at the goal line during Friday night’s Class 4A quarterfinal game in Elizabethton.

Rollins delivered the eventual game-winning score and Hughes wrapped up the 24-20 TSSAA Class 4A quarterfinal win over Greeneville with an interception followed by a power run for a clinching first down at Citizens Bank Stadium.

The defending state champions’ 28th straight win sends them into a semifinal matchup at Nolensville next Friday. Nolensville (8-3) stunned Tullahoma 15-14 on a safety midway through the fourth quarter.

Trailing 20-17, the Cyclones (13-0) started from their own 30-yard line late in the third quarter. An impressive 10-play drive was capped by Rollins’ 7-yard third-down scoring run midway through the fourth quarter.

Greeneville got the ball back and drove into Elizabethton territory. On fourth-and-10 from the 40, Hughes made the big-time interception.

With Greeneville down to one timeout, the Cyclones needed just one first down to pretty much end the game. On third- and-7, coach Shawn Witten called Hughes’ name out of the backfield. The 12-yard blast off tackle was the clincher.

Hughes carried 11 times for 50 yards, all in the second half, after being limited to just one touch while playing only at receiver in the first half. He had only two catches for 21 yards in the game.

The Greene Devils also locked down on Rollins, who carried 17 times but gained just 24 yards. Rollins was 6-of-12 passing for 105 yards.