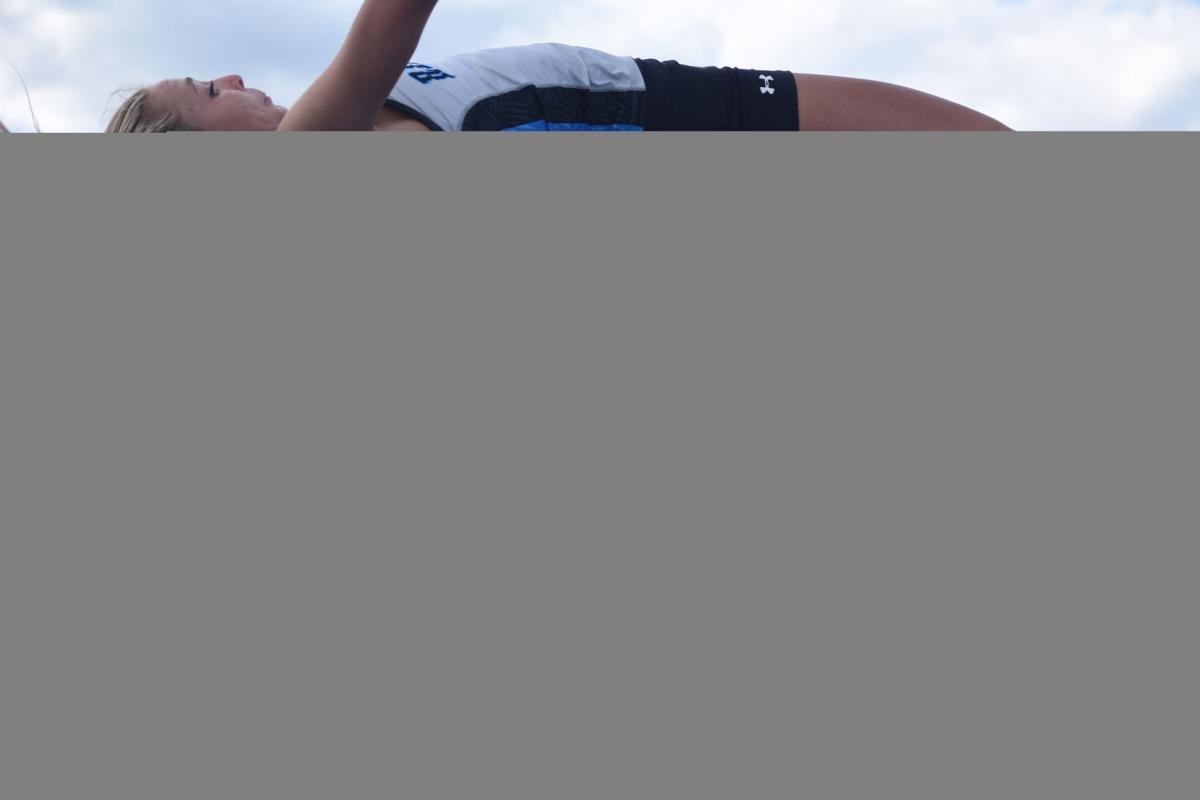 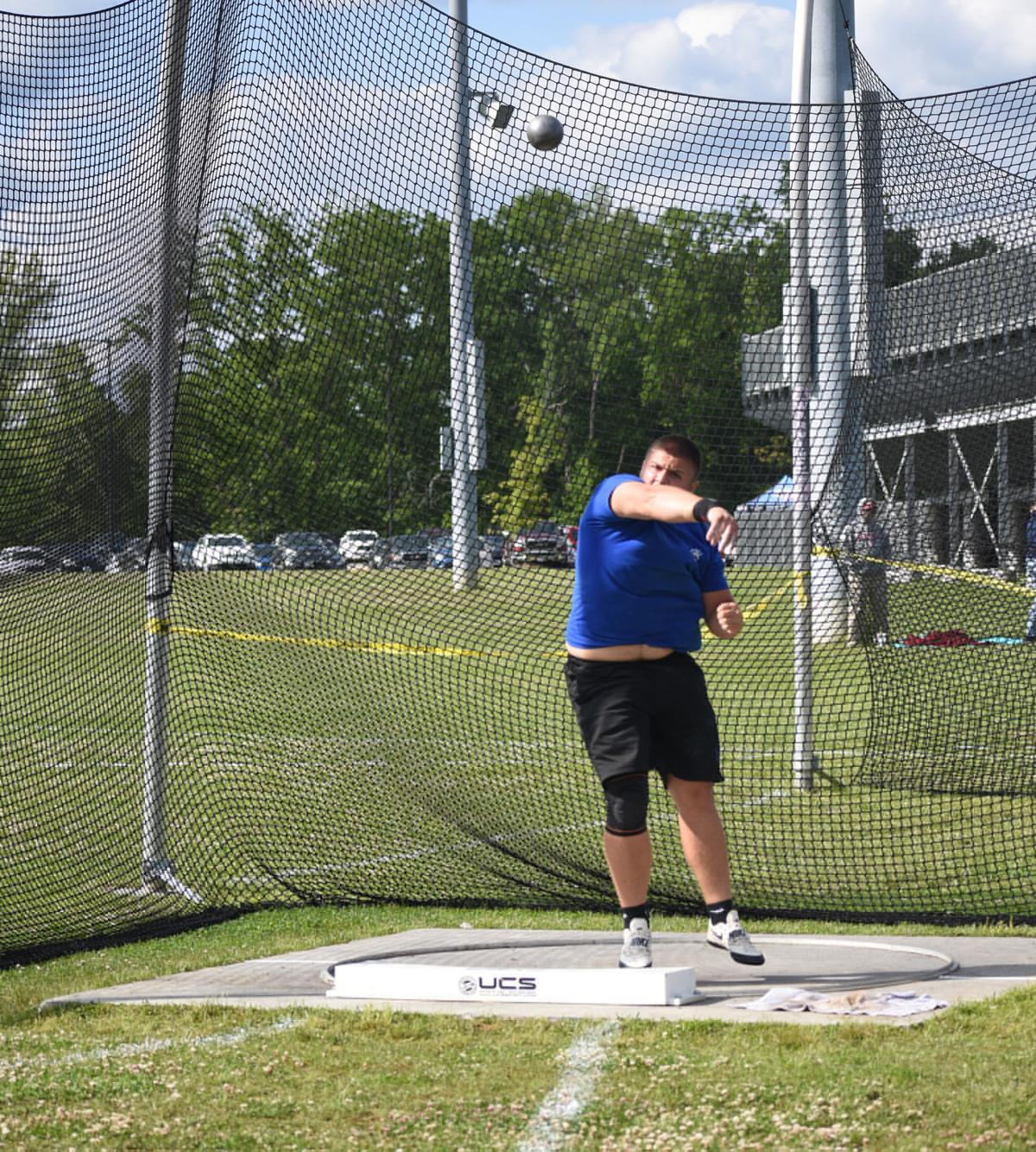 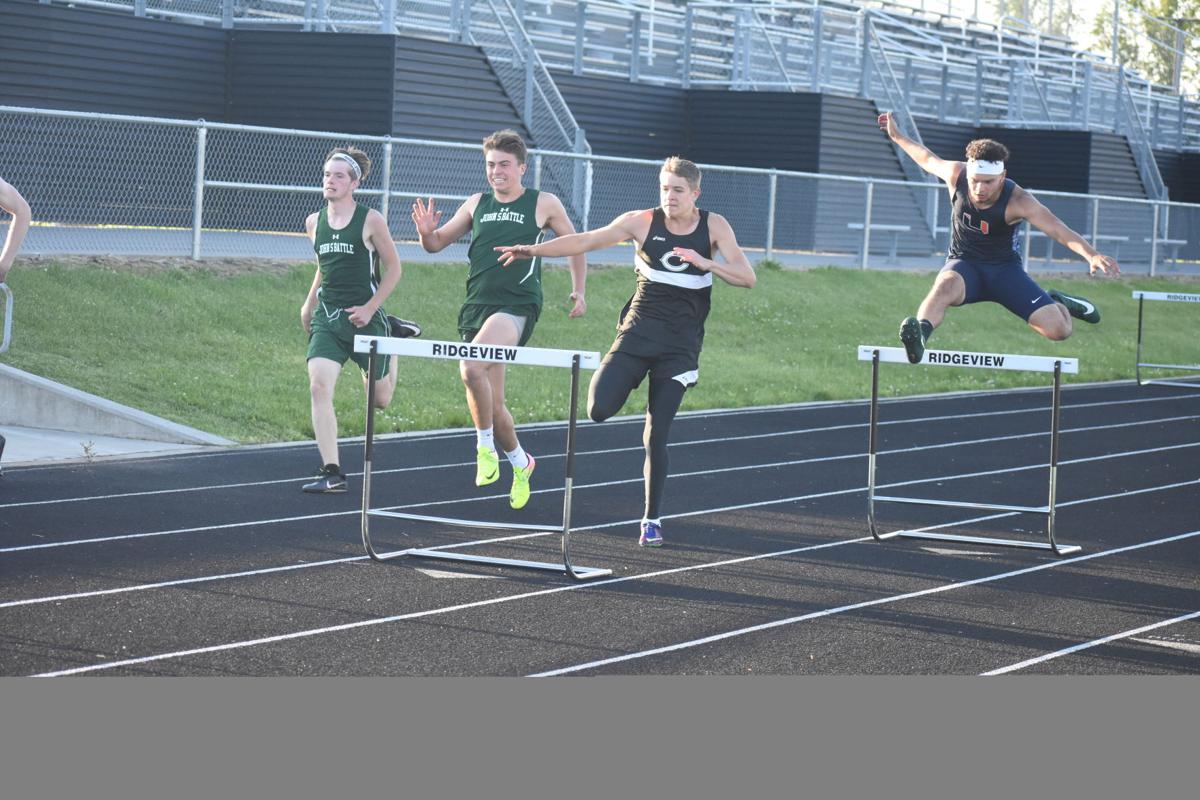 Union’s Avery Jenkins runs against Wise Central’s Maddox Reynolds during the 300 hurdles Tuesday in the Mountain 7 meet at Clintwood. Jenkins went on the win the event.

Union’s Avery Jenkins runs against Wise Central’s Maddox Reynolds during the 300 hurdles Tuesday in the Mountain 7 meet at Clintwood. Jenkins went on the win the event.

CLINTWOOD — Bragging rights and regional bids were up for grabs during Tuesday’s Mountain 7 District track and field championships at Ridgeview.

When the dust settled, the team titles went to Abingdon’s girls and Union’s boys. Ridgeview’s girls and John Battle’s boys were runners-up.

On the girls’ side, there were two standout athletes that helped out their teams tremendously.

“I love this. Track is something that gets me away from softball and it’s something that’s keeping me active all the time. I had a busy day, but I enjoyed it,” Counts said. “I hadn’t practiced high jump at all and I was nervous about trying to get 5-1 again. When they moved the bar up, my coach told me that it’s just a number. When I cleared 5-2, it was such a relief.”

Jerrell’s leap in the long jump tied the school record.

Other event winners on the girls’ side included Gate City freshman Riley Houseright sweeping the shot put (34-3) and discus (115-4).

Union’s boys got a challenge from Battle, but the duo of Avery Jenkins and Zion Mitchell competed in multiple events and earned points in all of them to keep the Trojans at bay.

“I’ve been working hard all year trying to come back from getting second last year at state,” Jenkins said. “My main focus is trying to win this year.”

“My best event today was the triple jump,” Mitchell said. “This is my first year ever doing it and I want to work hard for my coach and my team.”

Gate City’s Michael Calhoun had a big win in the much-anticipated shot put competition with a best throw in the finals of 54-10, which was also a new personal best.

Calhoun beat out Union’s Justin Barnett for the first time this season; the two still lead VHSL Class 2 and are among the best in the entire state.

“I’ve thrown farther in practice, but I’ve had trouble transitioning to meets. Lord willing, I’ll keep adding to it because that was a 4-inch personal best today,” Calhoun said.

“This is not just me, it’s my teammates, too. We’ve been working hard. It feels good to get these good ones in. ... I love throwing against other good people. It drives you and makes you want to work harder.”

Barnett did bounce back and win the discus with a toss of 156-3.