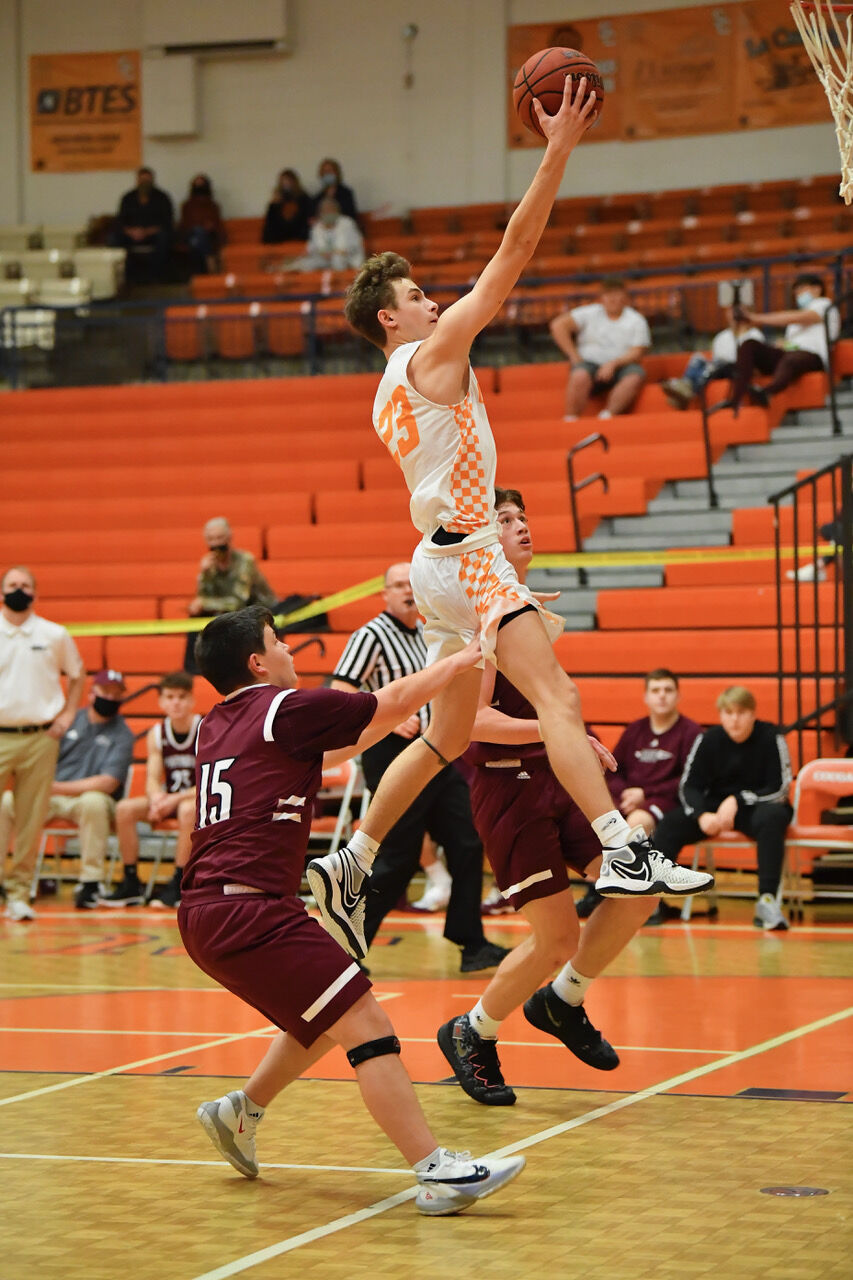 Sullivan Central’s Ethan Lane (23) soars to the basket against Happy Valley on Tuesday in Blountville. 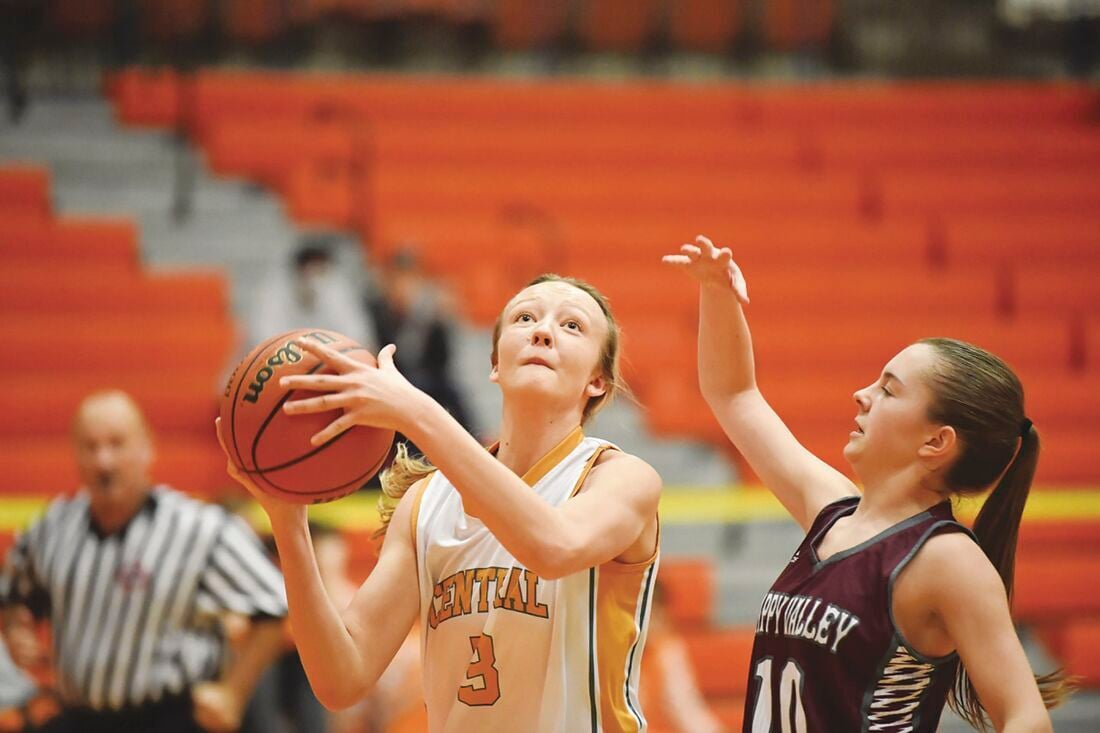 Sullivan Central’s Ethan Lane (23) soars to the basket against Happy Valley on Tuesday in Blountville.

Earlier inside the Dickie Warren Dome, the Central girls steamed to a 49-20 rout of the Lady Warriors to provide the Cougars with a nice evening sweep.

Central’s boys (4-7, 2-2) were particularly on their game in the first half, hitting on 17 of 29 shots and running out to a 39-16 advantage at intermission. The Cougars made eight 3s in the game, five in the first half.

“Actually that’s what practice looked like yesterday,” said Central coach Derek McGhee. “We’ve had three days of practice after being quarantined since December 22nd, and those were three of the best days of practice all year.

“Being the second time we’ve quarantined, it’s been hard to get going, and we just now are starting to feel like we know who we are. Got a lot of guys looking for each other offensively and everyone has really bought in defensively. To hold those guys to 16 points is a really good defensive job.

“If I ever have a team that can handle this kind of stuff, it’s these guys, because these kids just go out and play,” McGhee added.

Ethan Lane, a senior, turned in a strong outing, knocking down three 3-point jumpers and generally making things happen in a 28-point effort.

“He’s really playing well right now, shooting the ball and getting to the rim,” McGhee said. “He got his hands on a lot of balls defensively that led to a lot of easy layups and I think that really got him going tonight,”

Joltin Harrison, who hit three 3s, and Ty Barb combined for 17 points in support of Lane.

“It was a great conference win,” McGhee allowed.

Happy Valley (1-7, 0-4) received a pair of 12-point games from Blake Young and Landon Babb. Alex Lunceford battled for 10 points inside for the Warriors, who outscored Central in the second half.

The Lady Cougars, who led 32-9 at halftime, made seven 3-pointers, two each by Katie Horne and Rachel Niebruegge.