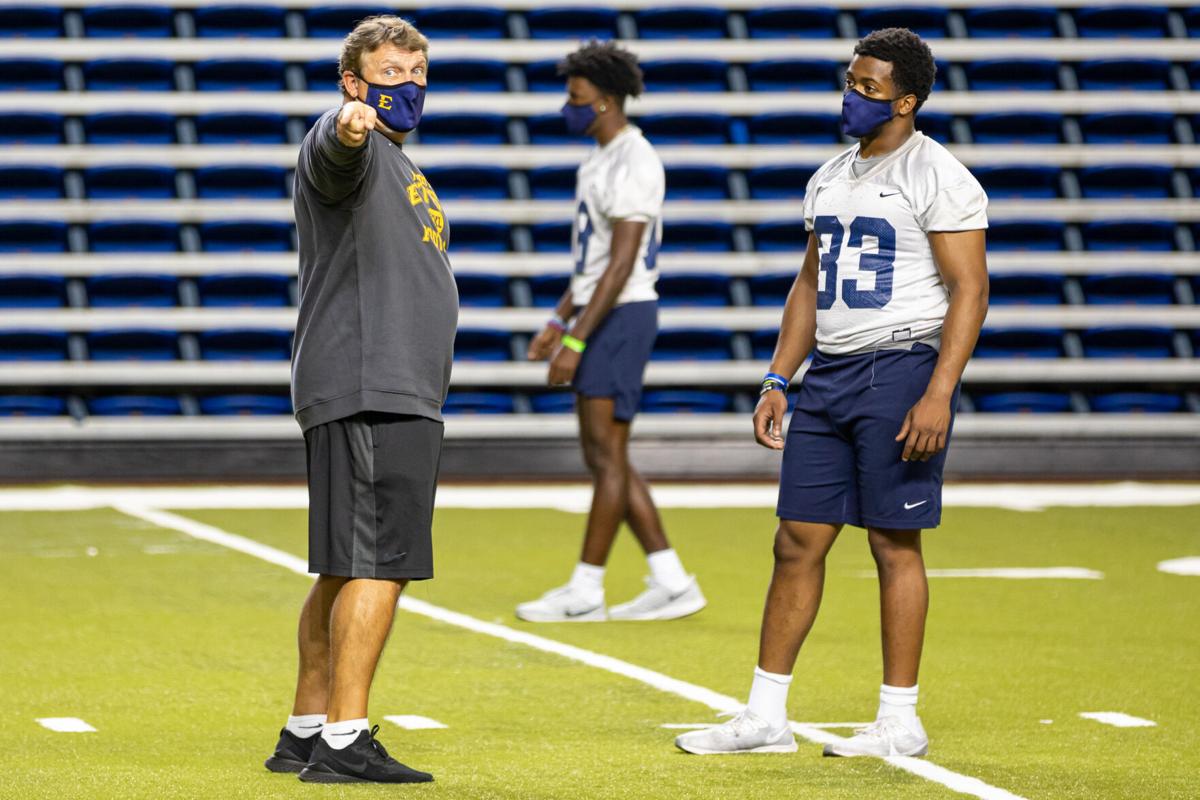 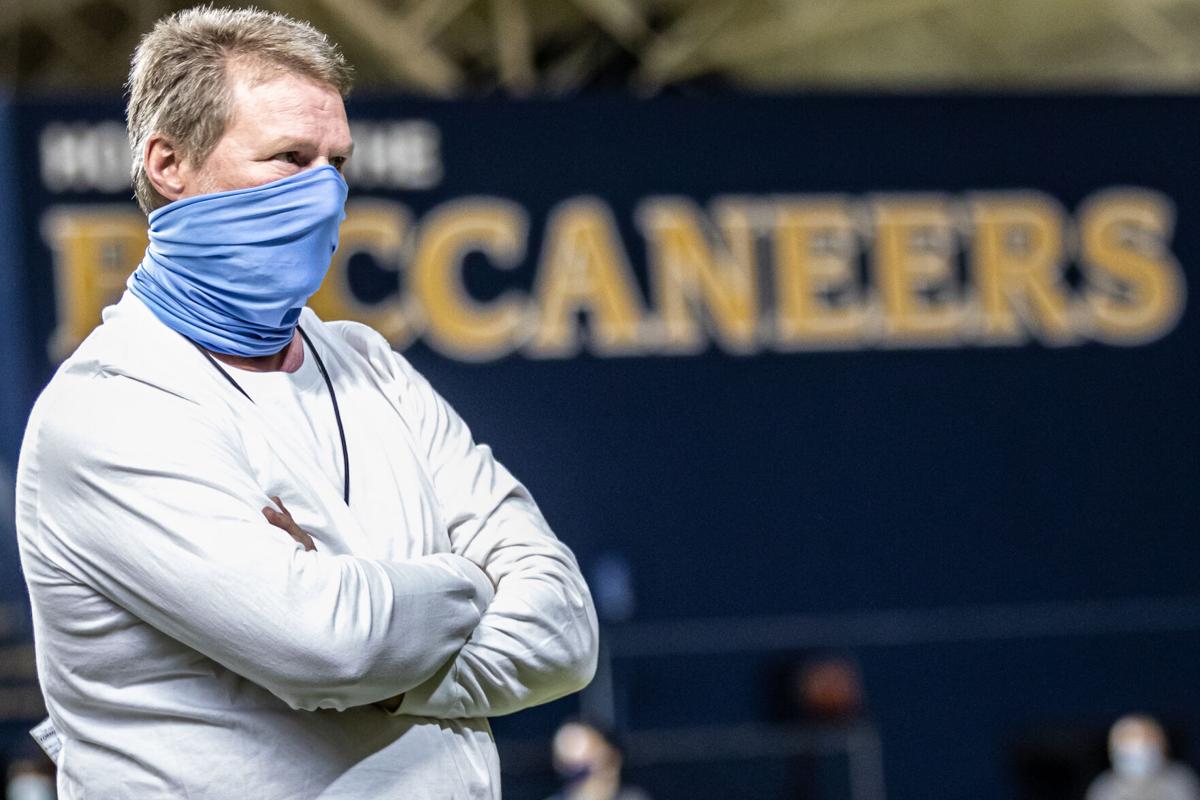 ETSU coach Randy Sanders watches the proceedings as his team got underway. 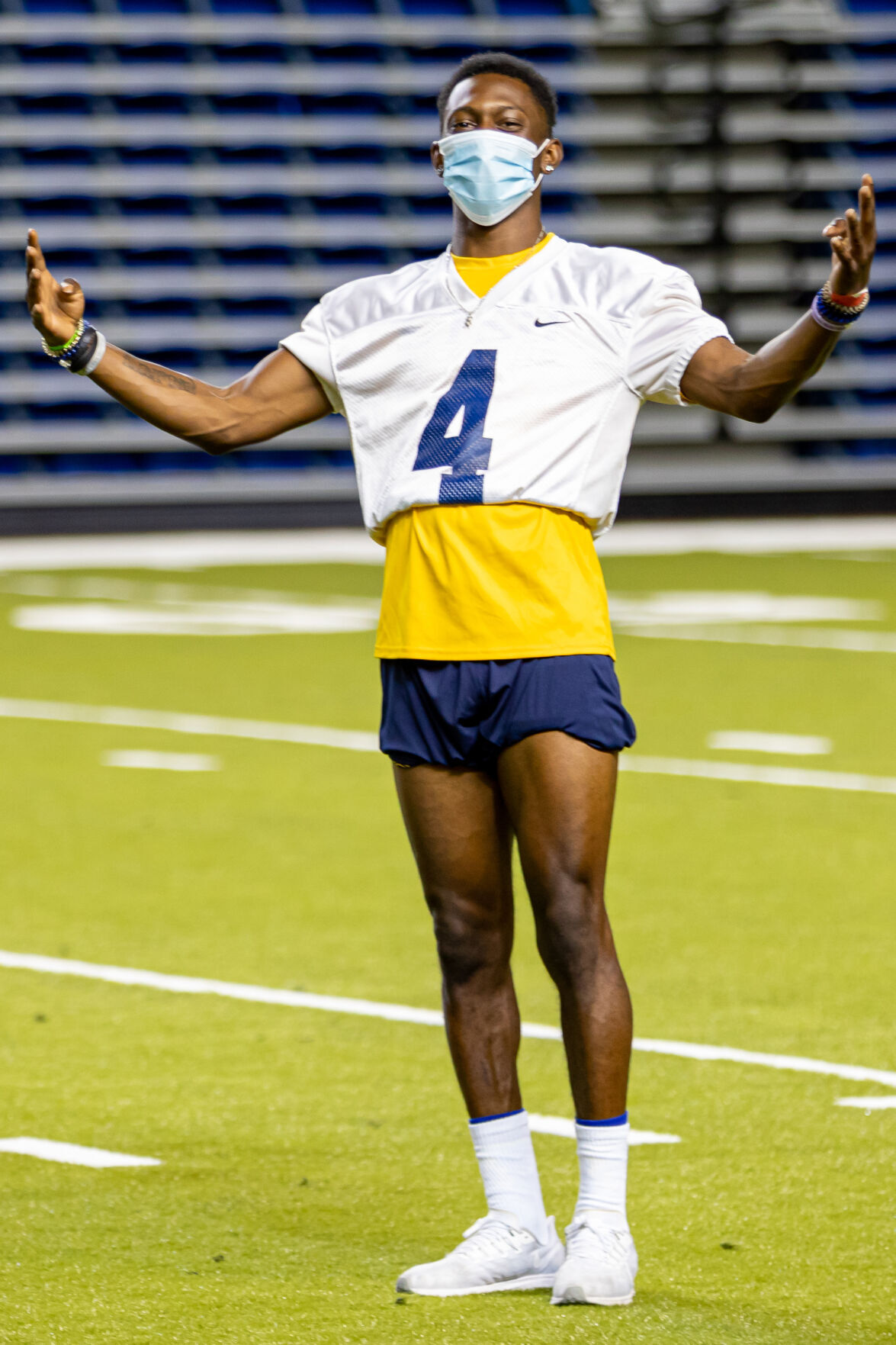 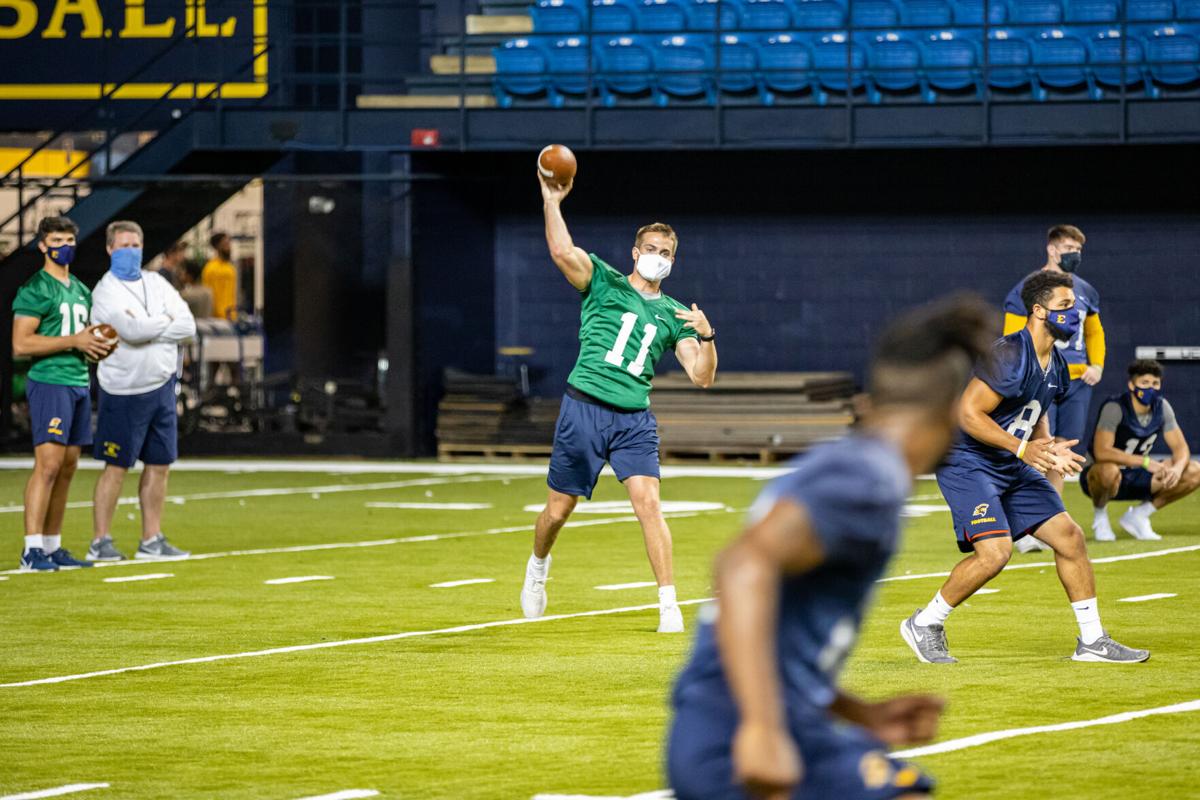 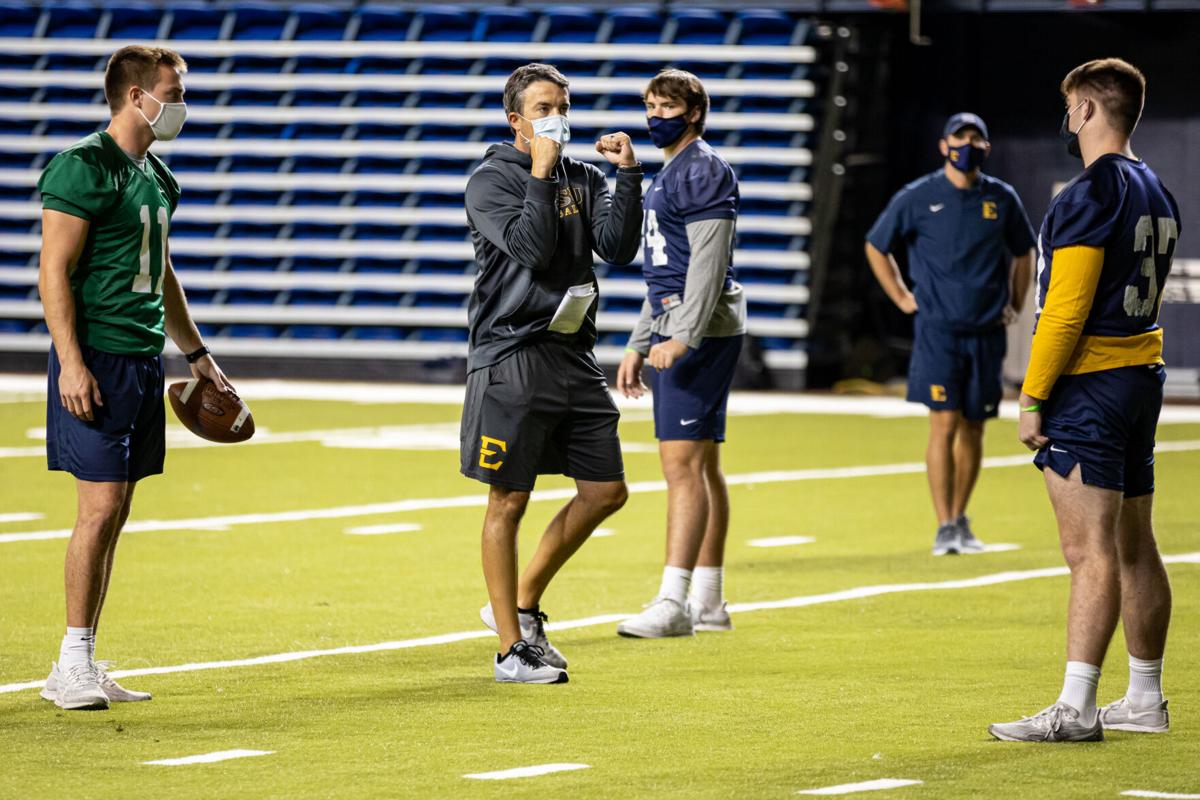 ETSU coach Randy Sanders watches the proceedings as his team got underway.

East Tennessee State’s football team is back on the practice field, but the Bucs don’t even know when their season will start. They’re still just hoping to have one.

Such is life in a world of college athletics turned upside down by the coronavirus pandemic.

The Bucs hit the practice field for walk-throughs on Friday amid an aura of uncertainty as they prepare for a season opener that has already been postponed.

Their first opponent, Mars Hill, won’t be able to play the game because the South Atlantic Conference has pushed the start of fall sports back to Sept. 26 at the earliest.

ETSU is also still awaiting word from the Southeastern Conference on the fate of its Sept. 12 game at Georgia.

If the SEC decides to go the route of some other major conferences and play only conference games, it would hurt ETSU, which is supposed to get $550,000 for the first meeting between the two schools. That contract was signed more than four years ago.

The presidents of the Southern Conference schools are scheduled to meet Thursday to decide what to do with fall sports. Several leagues on the SoCon’s level have already canceled or suspended competition for the fall.

Many options will certainly be discussed.

A conference-only schedule for the SoCon would mean ETSU and the other conference schools wouldn’t be able to play their “money” games, and that could be disastrous to already reeling athletic budgets.

Throw in the fact that games are likely to be played with no paying fans in the stands and it’s a double- whammy for FCS schools that rely on ticket sales.

Major conferences want to start playing so they can collect millions of dollars from television networks. They can absorb the blow of not selling tickets.

At the SoCon’s level, the TV money is practically negligible. The games are mostly streamed on ESPN’s platforms, which is more of a service of convenience to players’ families and fans of the schools than it is a money-making venture.

Take away the ticket buyers and ETSU could be losing money every time it plays a football game.

Whatever happens, it’s going to hurt.

So far, ETSU hasn’t been compelled to make any drastic changes, but like anything else during this pandemic, that’s subject to change.

Other schools were quick to act. Furman dropped its baseball program, while Appalachian State cut men’s soccer, track and field and tennis. Stanford cut 11 sports in the biggest move of all.

A count by The Associated Press lists 51 NCAA Division I teams being eliminated so far. Men’s tennis has taken the biggest hit with nine programs eliminated. Women’s tennis was next with eight.

ETSU’s first SoCon football game is scheduled for Sept. 19, when Samford is supposed to come to Johnson City. The Bulldogs should be coming off a game at Florida State the week before, but nobody knows for sure.

In fact, nobody knows when football time in Tennessee will even begin, and that’s about the only thing we know for certain.