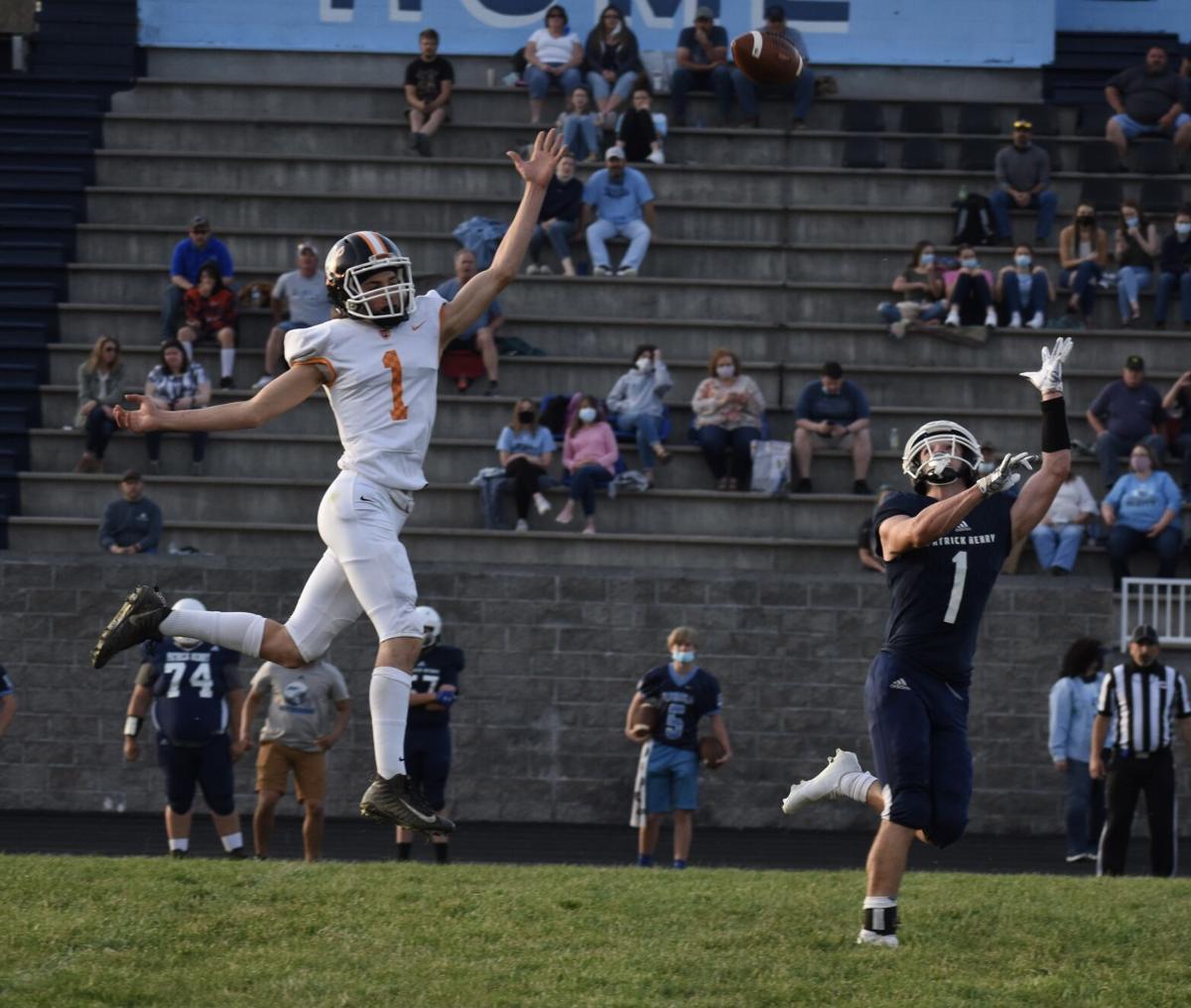 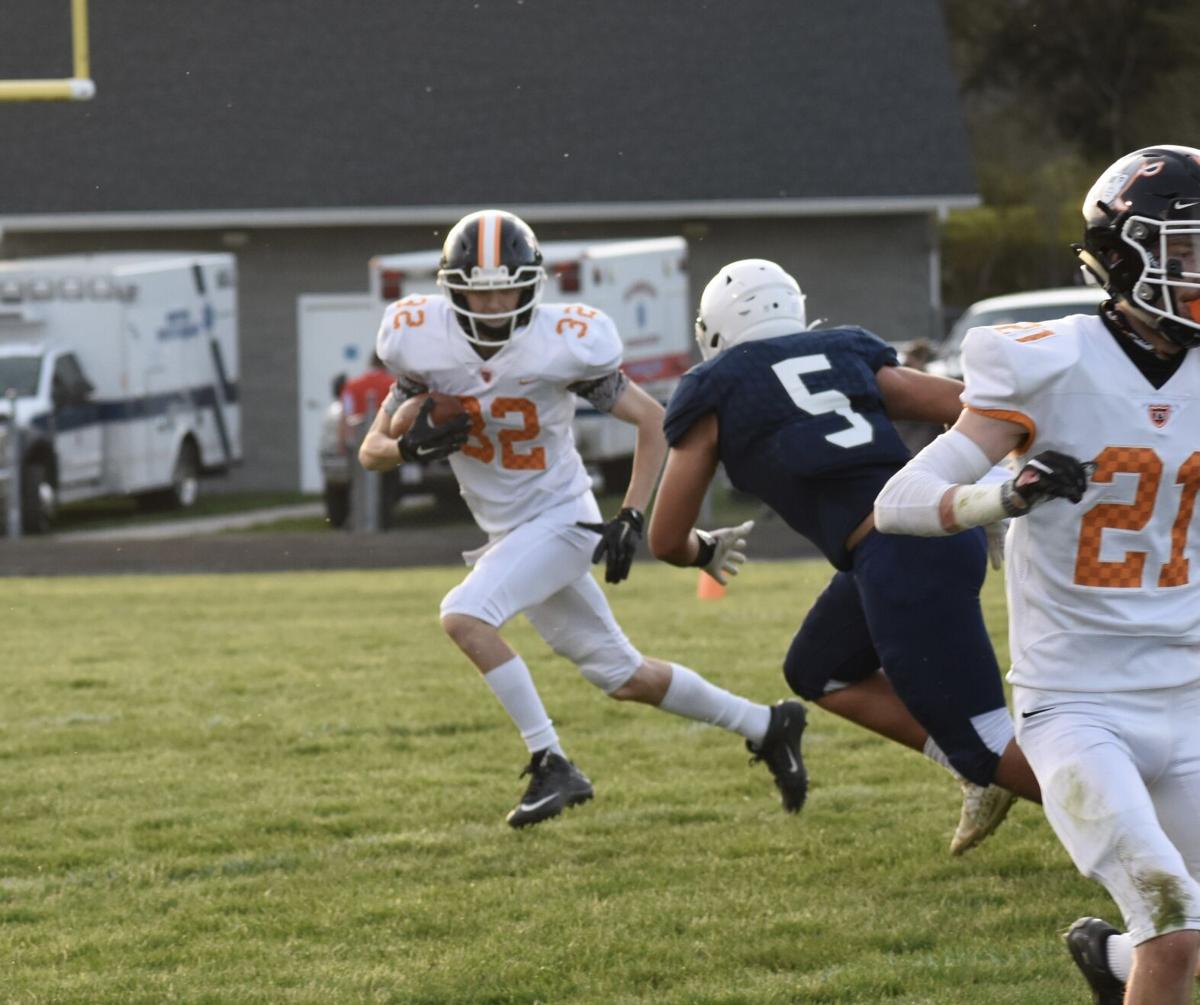 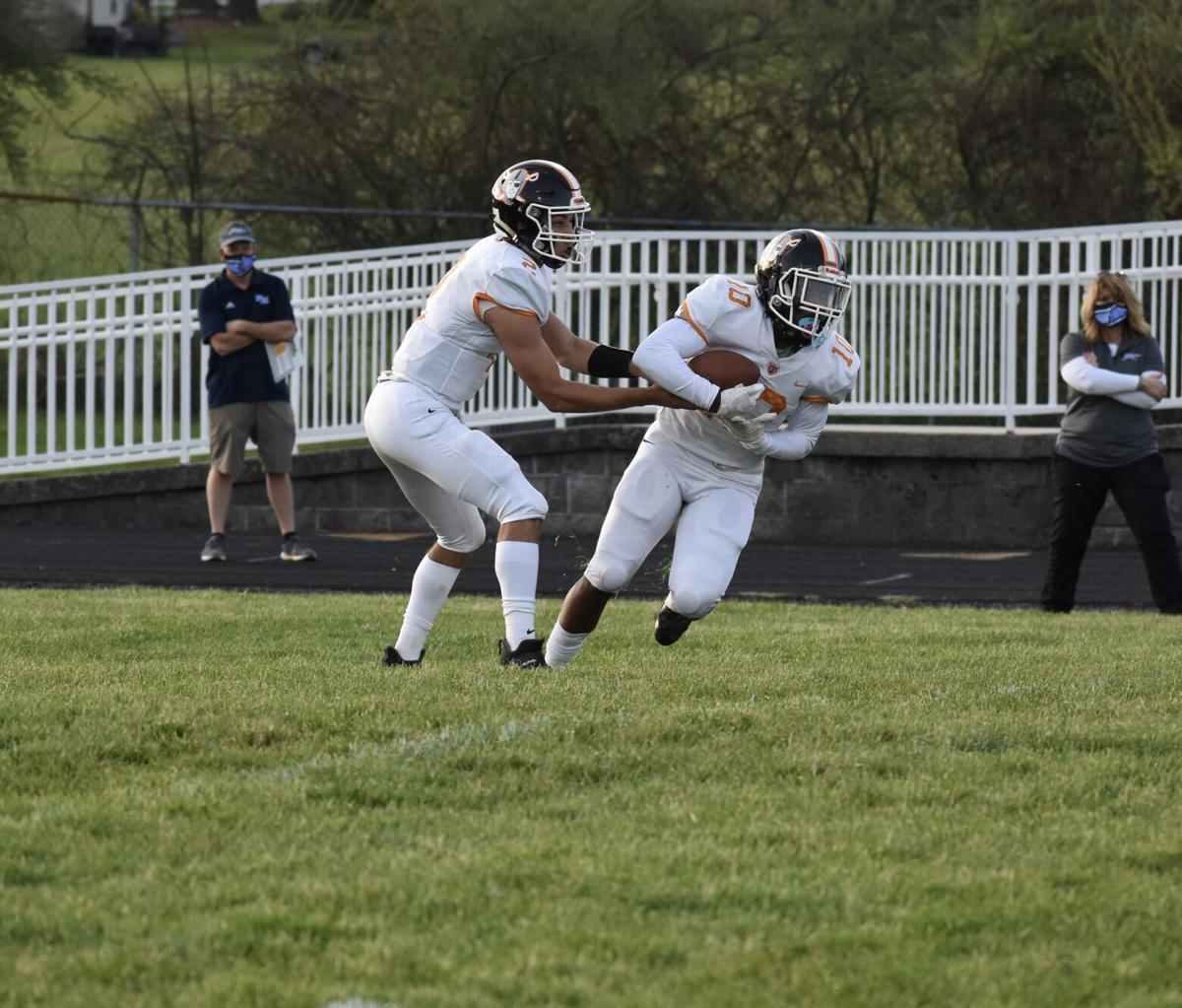 J.I. Burton’s Jaymen Buchanan (2) hands off to Esau Teasley during the Raiders’ win over Patrick Henry on Friday night in Glade Spring. 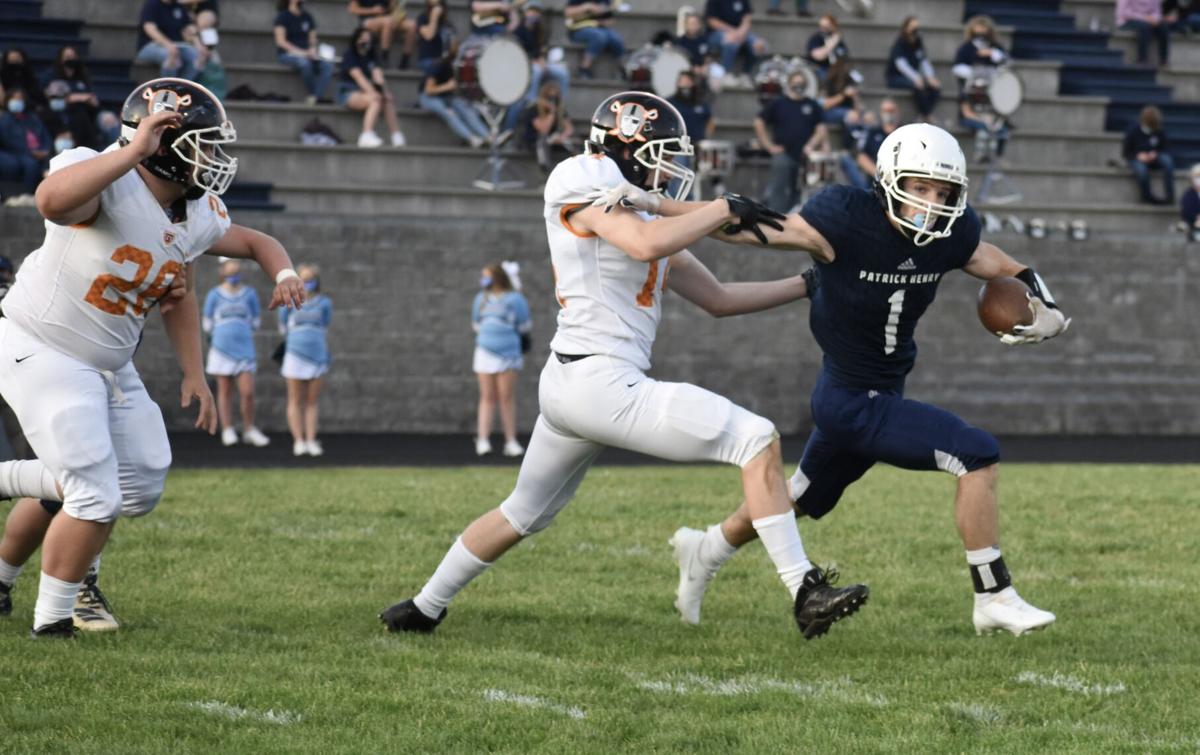 J.I. Burton’s Jaymen Buchanan (2) hands off to Esau Teasley during the Raiders’ win over Patrick Henry on Friday night in Glade Spring.

Those were the words of J.I. Burton junior running back Esau Teasley after the Raiders defeated Patrick Henry 24-20 on Friday night in the Region 1D football semifinals.

Burton had lost the previous two matchups with the Rebels in embarrassing fashion, but exorcised many a demon in a hard-fought win.

The Raiders (4-1) move into next week’s regional final against No. 1-seeded Holston, which stopped Castlewood 46-7 in their semifinal game.

“In 2017, we were 5-5 and came over here and beat them in the second round of the playoffs. In 2018, they beat us up at Emory and put 61 points on us,” Burton coach Jacob Caudill said. “I took that personally because I was defensive coordinator. Last year, I felt like we had a chance and then we came over to Emory again and got beat 24-0.

“This has started a little bit of a regional rivalry.”

The Rebels (5-2) had one last chance with 2:52 remaining when they got the ball back in their own territory after making a fourth-down stop.

That’s when Norton’s Jaymen Buchanan made the play of evening.

Needing a first down, Patrick Henry quarterback Chase Brown released the pigskin and Buchanan jumped the route, snagging the interception and sealing the win with 2:37 to go.

“When they got the ball back, I was a little scared,” Caudill said. “I knew they’d be a little bit out of their comfort zone because they had to go quicker.

“Once they started spreading us out, I thought that we would be OK because they were going to put it in the air.”

Teasley had another big game, finishing with 147 yards and a touchdown on 25 carries.

“Esau Teasley is one of a kind,” Caudill said. “One day, he’ll come in and be a heathen and then the next day, he’s got the best attitude on the team.”

Teasley took a spill on the Patrick Henry sideline with 5:26 left and appeared to be out for the game.

Senior running back Trevor Culbertson came in in his absence and picked up a crucial first down before Teasley returned to the field for the final drive and got the last of Burton’s 14 first downs.

“I wanted to get back out on the field with my teammates and win this game,” Teasley said.

“Shoutout to our offensive line. They put up numbers tonight.”

Culbertson finished with nine carries that went for 55 yards and one touchdown.

“It’s funny because we actually put in the heavy offense yesterday,” Caudill said. “Other than the one fumble on the counter, we ran it pretty well.

“We just let our big guys push them around.”

The Rebels continuously shot themselves in the foot, losing three fumbles, including one picked up by Johnny Williams and returned 36 yards for a touchdown.

“I think everybody in the stadium thought (Williams) was down,” Caudill said. “In the last couple of weeks, we’ve had a running joke where we’ve said that J.I. Burton football always tries to scoop and score.

On paper, the Rebels dominated the game, picking up 22 first downs and rushing for 210 yards. They got touchdowns from Conner Kausch, Conner Beeson and K-Won McFail.

Burton faces a tough task in the region final against Derrick Patterson’s Cavaliers.

“I’ve heard they’ve got a good quarterback and we’re going to have to do our film study,” Caudill said.

“It’s funny because at the region meeting last year, (Patterson) and I were sitting there joking that we were the two youngest guys in the region and now we’re in the regional finals against each other.”