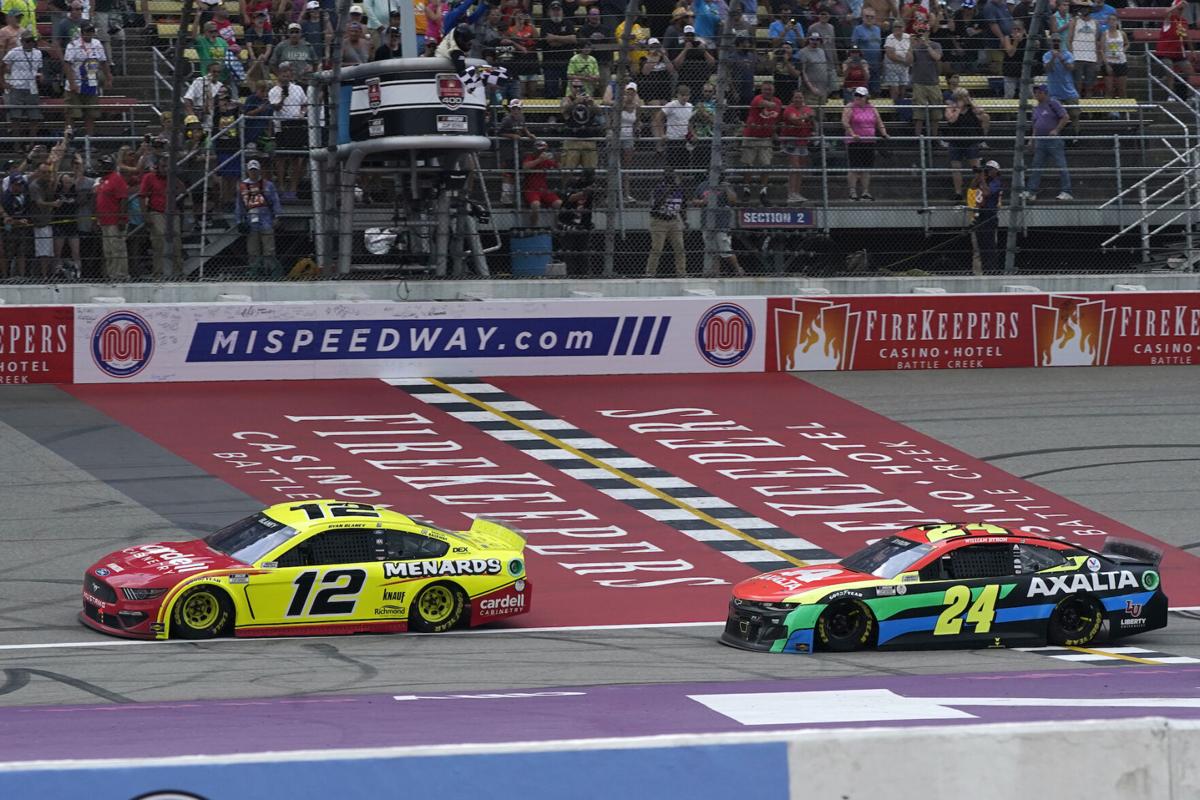 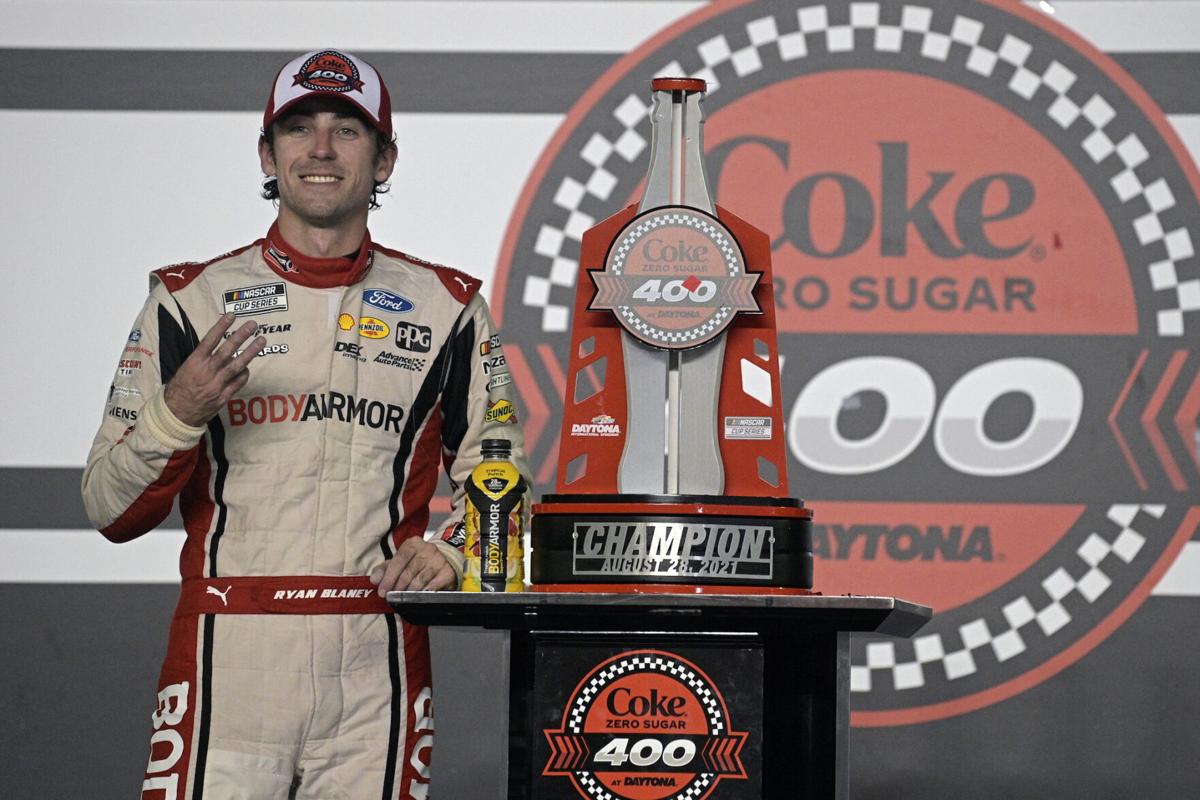 Ryan Blaney stands by the championship trophy after winning the NASCAR Cup Series race at Daytona International Speedway on Aug. 28.

Ryan Blaney stands by the championship trophy after winning the NASCAR Cup Series race at Daytona International Speedway on Aug. 28.

Ryan Blaney has elevated his game during the 2021 NASCAR Cup Series season.

The third-generation driver has won multiple races in a season for the first time in his seven-year Cup Series career. While the wins have come on the larger tracks for the driver of the No. 12 Team Penske Ford, Blaney does have one victory at Bristol Motor Speedway, site of Saturday’s Bass Pro Shops NRA Night Race.

That win was in the 2014 Food City 300 for the Xfinity Series, but to do it, Blaney had to beat Kyle Busch, the track’s all-time winningest driver, on the final restart.

Blaney feels he’s in a good spot coming into Bristol after finishing 10th in last Saturday’s Cup race at Richmond. He ranks fifth in the playoff standings, 28 points ahead of Kurt Busch and Alex Bowman, who are tied for 12th.

Blaney, a seven-time winner in the Cup Series overall, scored his first win of the season when he passed Kyle Larson with nine laps to go at Atlanta. His second win came at Michigan as he outdueled Larson’s teammate William Byron for the win.

The next week, Blaney won at Daytona to show he’s a serious contender for the championship. He has finished in the top 10 of the point standings each of the last four seasons, but this year he’s on another level.

“Momentum and confidence are something that we have right now in the 12 group,” Blaney said. “It’s good for everybody, not only for the driver but for the team as well. When they have a lot of confidence in themselves and their abilities and you can believe that, you can make a strong run at the championship. This team does believe in themselves and they have every right to.”

Coming from a line of dirt-track racers including his grandfather Lou, father, Dave, and uncle Dale, he finished eighth at Bristol in the Food City Dirt Race. Now the dirt is removed, and the track is back to concrete.

Over his career, his average Bristol finish is 20th, a number boosted by the 2019 Food City 500, when he finished fourth and led a race-high 158 laps. With the Bass Pro Shops NRA Night Race, the cut-off race in the first round of the NASCAR playoffs, Blaney believes you can throw out the numbers with the intensity ramped up.

“Everybody says that you try to keep the same intensity and mindset the whole year,” Blaney said. “But I feel subconsciously it might change a little even if you don’t know it. It’s playoff time. More intense things are going on because you know what you’re racing for. It is a lot more intense racing.

“Everyone wants to perform well under the pressure scenarios, and when it comes to the playoffs that’s when people rise to the occasion.”