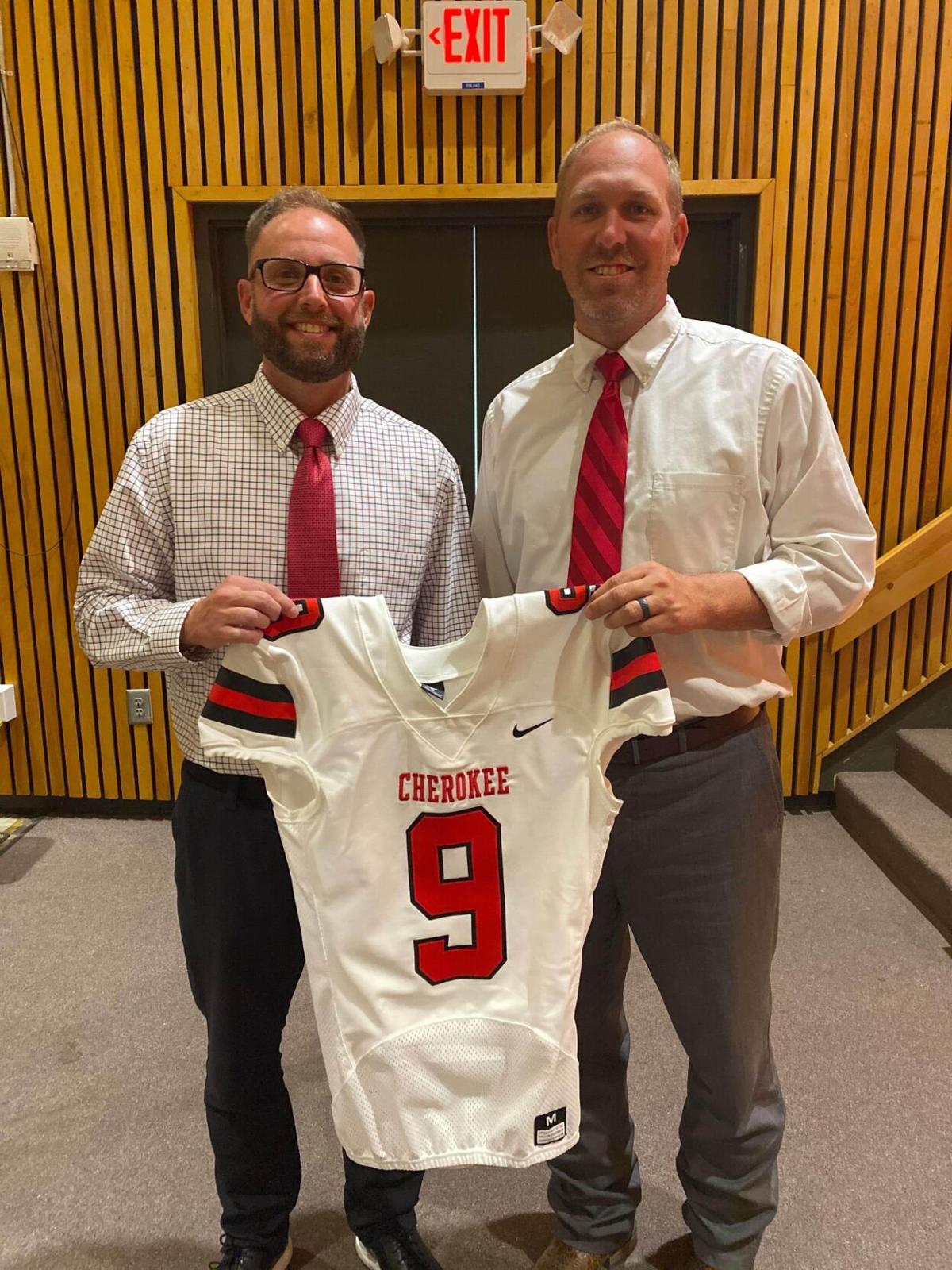 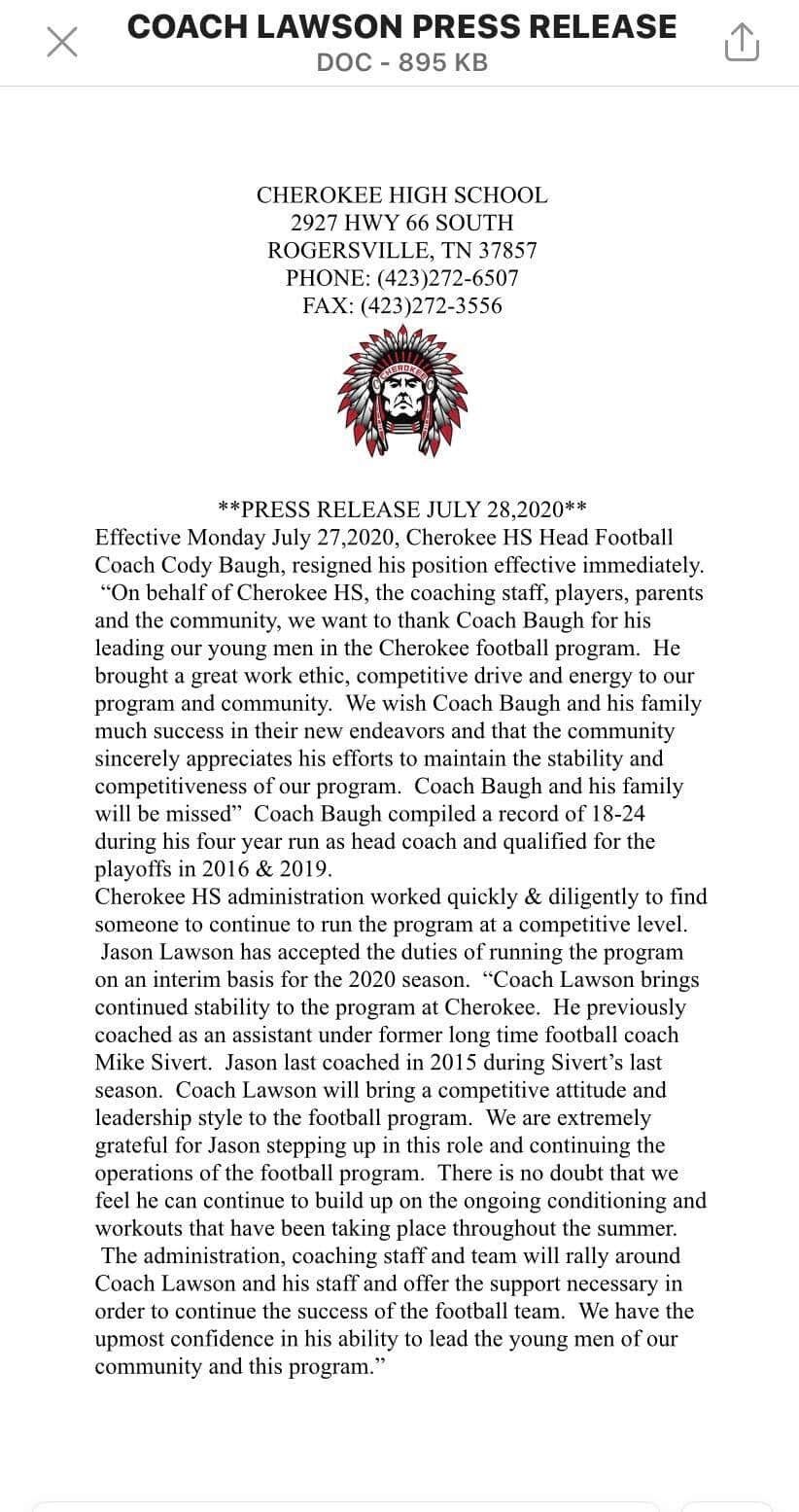 ROGERSVILLE — Cherokee will have a new but familiar face on the sidelines when the football season begins in late August.

Baugh guided the Chiefs to playoff appearances in 2016 and 2019.

The Cherokee administration moved quickly and named Jason Lawson the interim coach. Lawson last coached on the gridiron in 2015 under Mike Sivert in his last season.

“On behalf of Cherokee High School, the coaching staff, players, parents and the community, we want to thank Coach Baugh for leading our young men in the Cherokee football program,” Cherokee athletic director Andrew Morgan said in a press release. “We wish Coach Baugh and his family much success in their new endeavors, and the community sincerely appreciates his efforts to maintain the stability and competitiveness of our program.”

“Coach Lawson brings continued stability to the program at Cherokee,” the press release read. “He will bring a competitive attitude and leadership style to the football program. We are extremely grateful for Jason stepping up in this role and continuing the operations of the football program.”