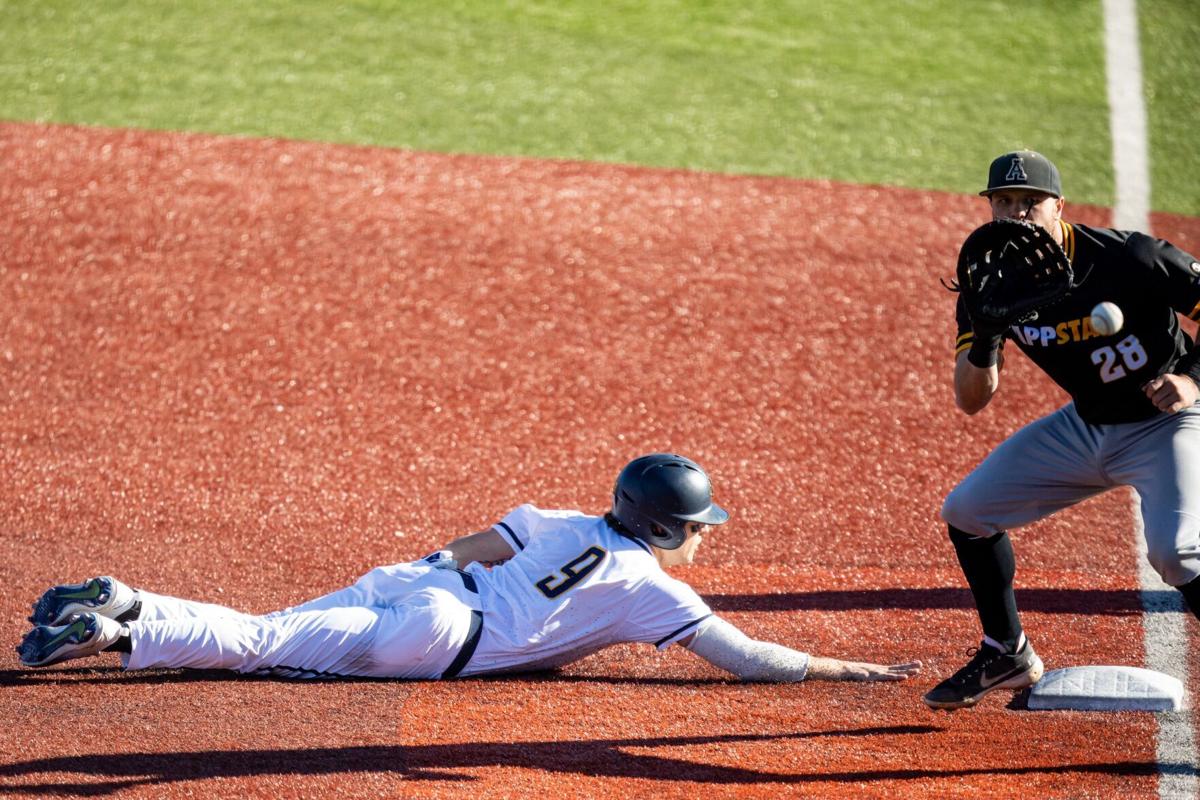 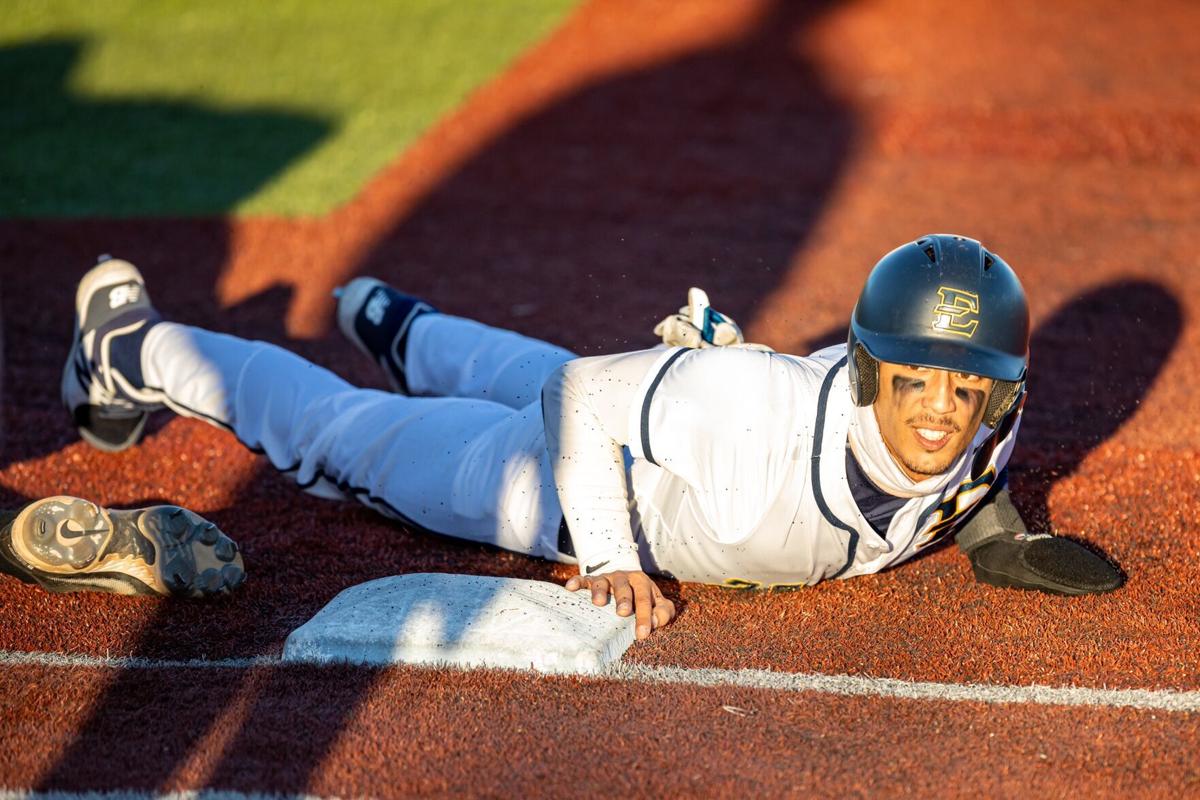 ETSU's Reece Farmer dives back to first base during Tuesday's game against Appalachian State at Thomas Stadium in Johnson City. 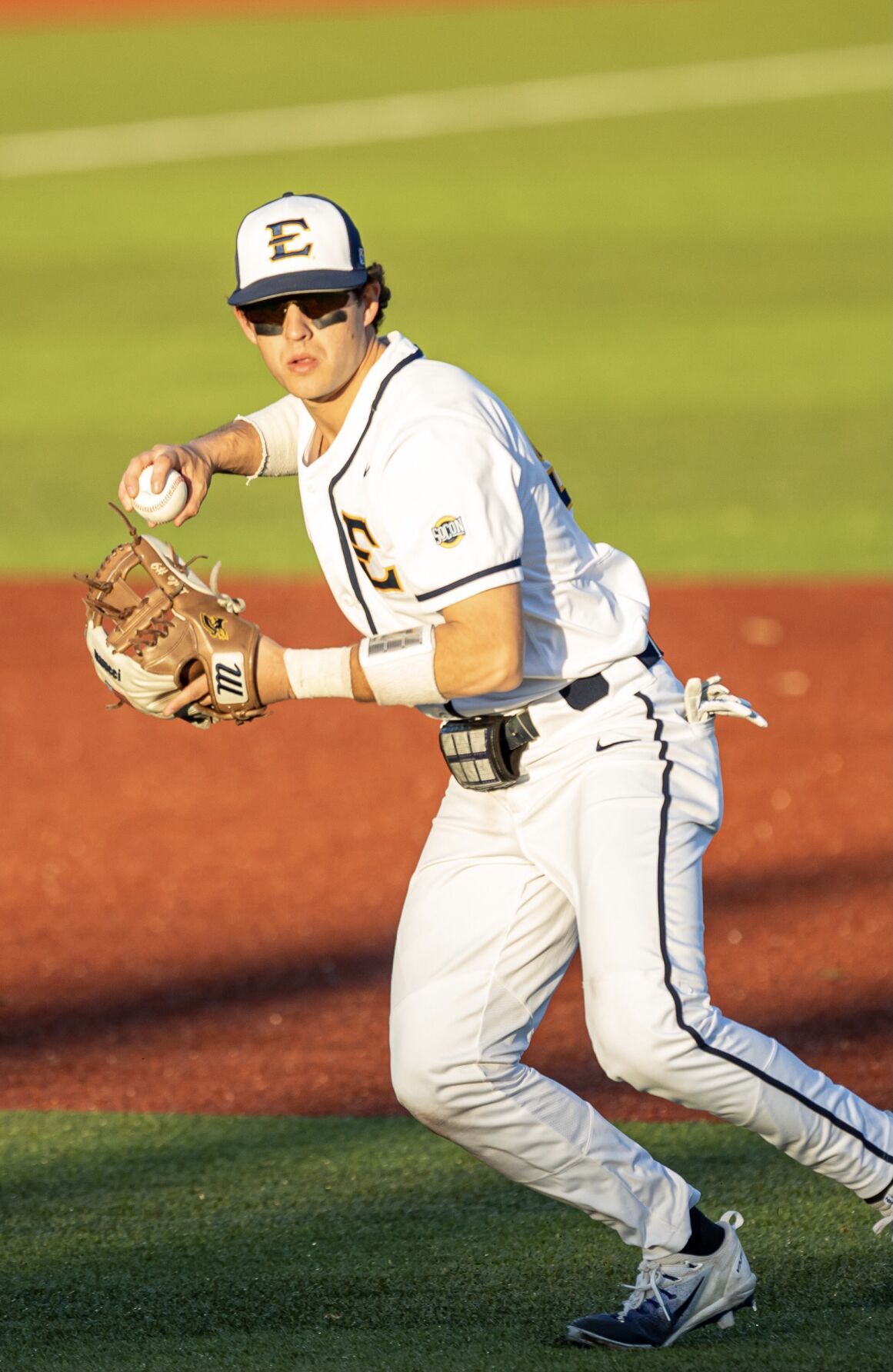 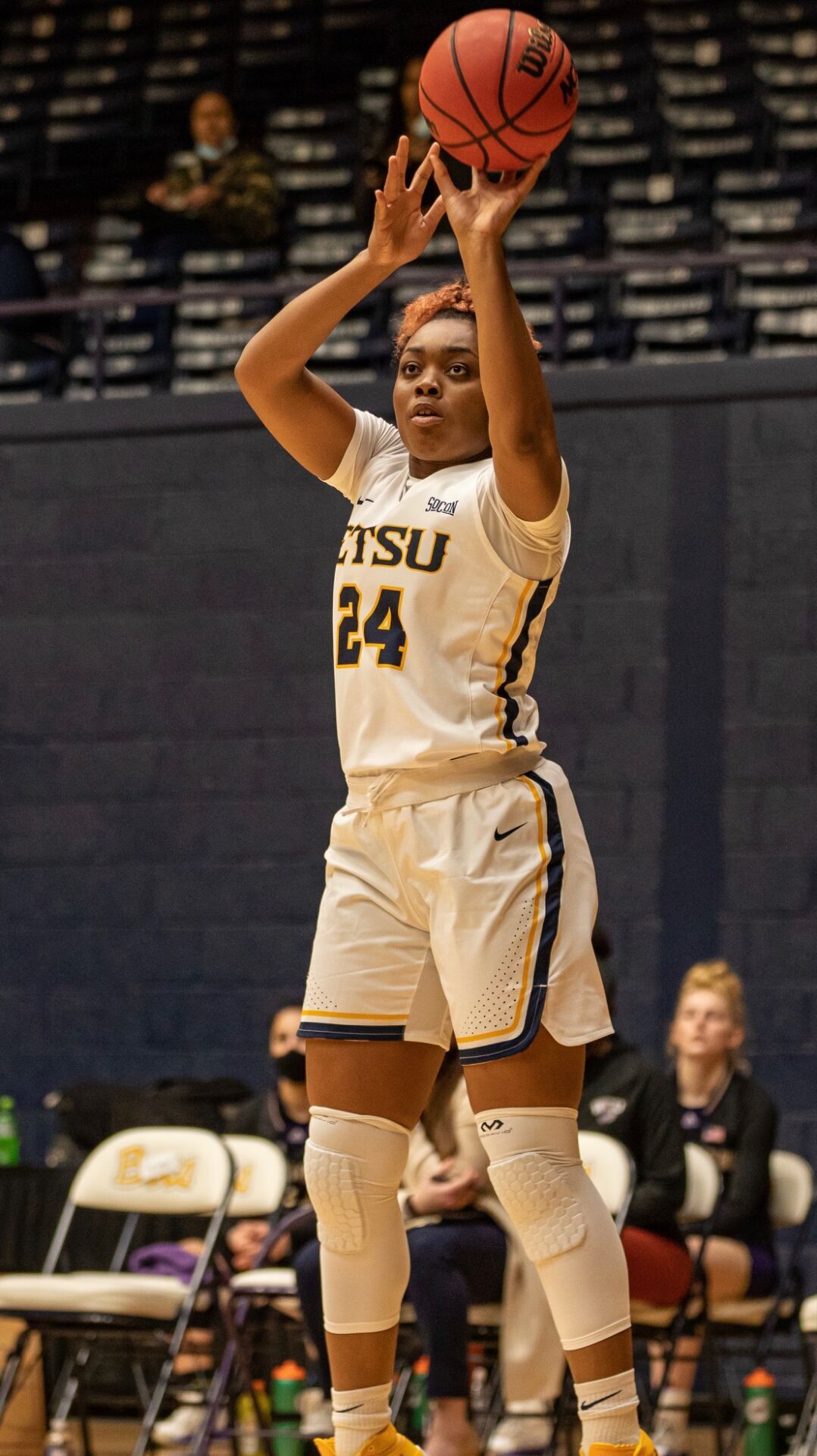 ETSU’s Jakhyia Davis goes up for a shot against Western Carolina during their Southern Conference matchup Tuesday in Johnson City. Davis led the Bucs with 10 points in a 62-48 loss. 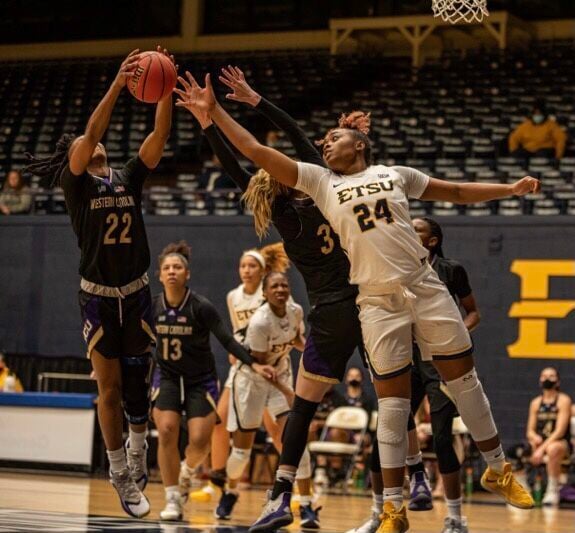 ETSU's Reece Farmer dives back to first base during Tuesday's game against Appalachian State at Thomas Stadium in Johnson City.

ETSU’s Jakhyia Davis goes up for a shot against Western Carolina during their Southern Conference matchup Tuesday in Johnson City. Davis led the Bucs with 10 points in a 62-48 loss.

JOHNSON CITY — East Tennessee State was one pitch away from victory but couldn’t close the deal.

Phillip Cole’s two-run, two-out single in the top of the ninth inning lifted Appalachian State to a 5-4 victory in a nonconference baseball game Tuesday at Thomas Stadium.

ETSU (2-2) was leading 4-3 in the ninth thanks to home runs from Jake Lyle, Kyle Richardson and Drew Haynie.

Matthew Mercer, a preseason All-Southern Conference reliever, allowed three hits in the ninth to load the bases. With a 2-2 count, Mercer was a strike away from ending the game when Cole’s two-run single gave the Mountaineers a 5-4 advantage.

John Louis Bland’s pinch-hit single and Ben Jackson’s walk with one out gave the Bucs two baserunners and some hope in the bottom of the ninth, but that’s as far as they got.

Mercer worked 1 2/3 innings and gave up six hits while facing 10 batters. He was charged with two runs.

Appalachian State scored single runs in the seventh and eighth innings to get into position to catch the Bucs.

Noah Hall worked the final two innings for the Mountaineers to earn the win.

The Bucs finished with five hits, three of them home runs. Lyle and Haynie both homered in the fifth inning. Lyle’s was a two-run shot.

Richardson’s solo blast came in the fourth and it tied the game after Appalachian State’s Kendall McGowan had opened the scoring with a solo home run of his own in the first.

The Bucs return to action Friday to start a three-game home series against UNC Asheville.

Western Carolina had four players in double figures and beat ETSU 62-48 in a battle of the two teams stuck at the bottom of the Southern Conference’s women’s basketball standings.

Zanoria Cruz led Western Carolina (6-16, 3-9) with 16 points, making all seven of her shots. Tembre Moates and Lauren LaPlant had 14 apiece and Kyla Allison had 12 points and eight assists.

The Catamounts had a 30-25 halftime lead and began to methodically pull away. Their biggest lead was 60-42.

The game started a busy finish to the regular season. ETSU is scheduled to play three games over the final five days of the season because of makeups from coronavirus-related postponements.

Chattanooga will visit Brooks Gym on Thursday night and Mercer comes to Johnson City on Saturday.

The conference tournament is scheduled to start on March 5 in Asheville, North Carolina.

ETSU will open its delayed softball season on Wednesday with a doubleheader against visiting Tennessee Tech.

The matchup wasn’t finalized until Monday.

The Bucs were scheduled to host Army before going to on the road to Tennessee Tech earlier this month, but those meetings were canceled.