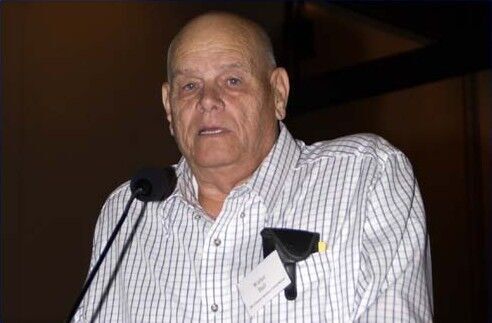 Walter Ball accepts the Volunteer Speedway Pioneer Award in 2004. He raced from the mid-1950s until 1978. 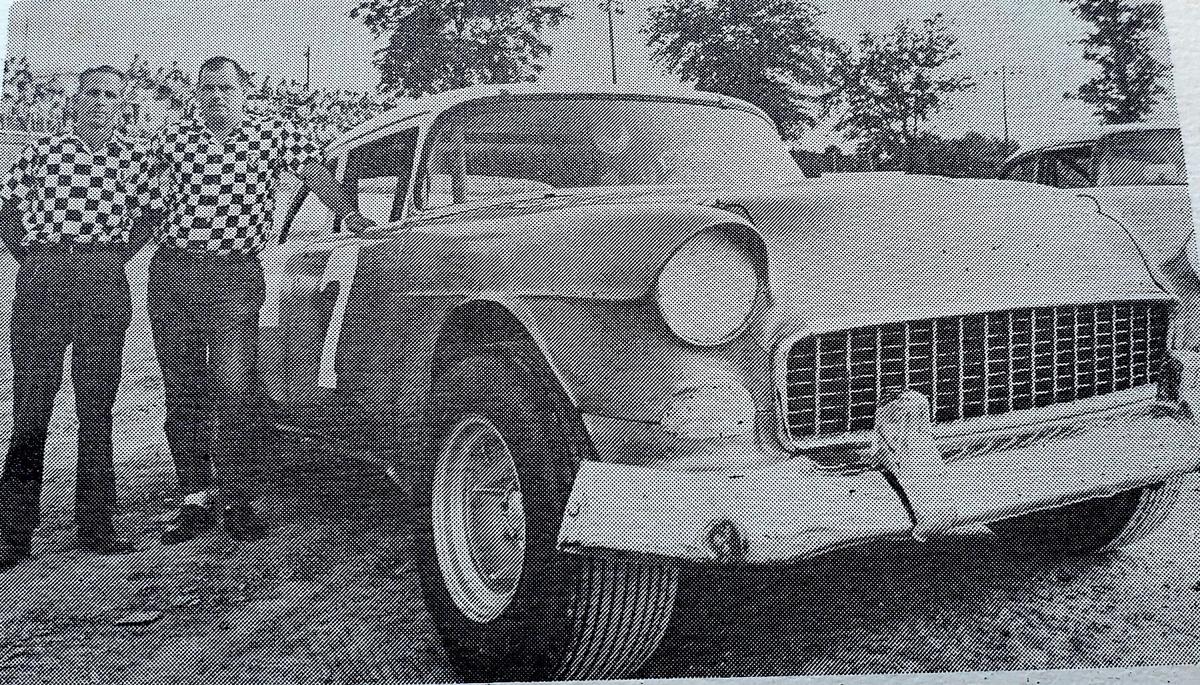 Car owner Walt Carpenter and driver Walter Ball pose before a race at Sportsman Speedway in Johnson City in 1968.

Walter Ball accepts the Volunteer Speedway Pioneer Award in 2004. He raced from the mid-1950s until 1978.

Car owner Walt Carpenter and driver Walter Ball pose before a race at Sportsman Speedway in Johnson City in 1968.

Walter Ball was a dirt track legend with more than 400 victories and championships at six local tracks.

The Johnson City racer will be posthumously inducted into the East Tennessee Racing Hall of Fame. The class will be honored Labor Day weekend at Smoky Mountain Speedway in Maryville.

Ball’s son, Dale, a five-time Volunteer Speedway champion in his own right, talked about his father, who died in 2006, receiving the honor.

“It means a lot to me and my family,” Dale Ball said. “It shocked me when I walked through the pits and the guy told me they had selected him for the Hall of Fame. I always wondered if they were going to do it.”

Certainly, Ball had a Hall of Fame career, winning races all over the Southeast. He even raced one season on asphalt, going down to Daytona to compete in Speedweeks. But it was the dirt tracks where he built his reputation.

He raced from the mid-1950s until hanging up his helmet in 1978. He won track championships at Sportsman Speedway in Johnson City, Appalachian Speedway in Kingsport, Davy Crockett Raceway in Rogersville, Volunteer Speedway, Newport Raceway and Richlands (Va.) Raceway.

“When I was a kid, he won the track championship at Sportsman and Appalachian the same year when they raced Friday and Saturday nights,” Dale Ball said. “The first NDRA race at Newport, there were 80 cars and he led the (feature) race until 7-8 laps to go when the car got hot. He did the same thing the next week at Bulls Gap and the car got hot again.

“He bought a $600 radiator from Bosco Lowe the next week and he won a weekly race at Bulls Gap.”

One of the biggest races of Ball’s era was the Tri-Cities 200, a marathon race for dirt late model cars held from 1968-71. Ball won the inaugural event at Sportsman Speedway and the final version of the event at Appalachian Speedway.

Once the fast 4/10-mile Volunteer Speedway opened, Ball finished second in points each of the first two seasons. It set the stage for a dominant run in 1977, when he won 19 of 21 races. Another East Tennessee legend, H.E. Vineyard, a four-time Volunteer champion, finished second to Ball 15 times that season.

Dale Ball remembered his father got a mixed reaction from the fans, which was sometimes tough for him and his sisters, Bonnie and Linda, to hear.

“One year, he won about 18 of 20 races at Sportsman,” Ball said. “I remembered people booed him when he won. They liked seeing him get beat and it got a little rough. A lot of places out of town, he also won races. He could travel around and be competitive anywhere. He did it as a hobby, but he was 100% dedicated when he raced.”

Dale Ball won his first Volunteer Speedway title in 1999, becoming the first father-son combination to accomplish the feat. Walter Ball remained a fixture at the track. He was at the track on his 70th birthday when he suffered a massive heart attack and died that night.

As a racer, he is remembered as one of the hardest chargers around.

“He ran hard. The cars have changed now where if you have enough money you can win,” Ball said. “You built your own chassis, raced them and drove them hard. Back then, they were real good race car drivers. They didn’t know what tire stagger was. It was about driving and handling that race car.”