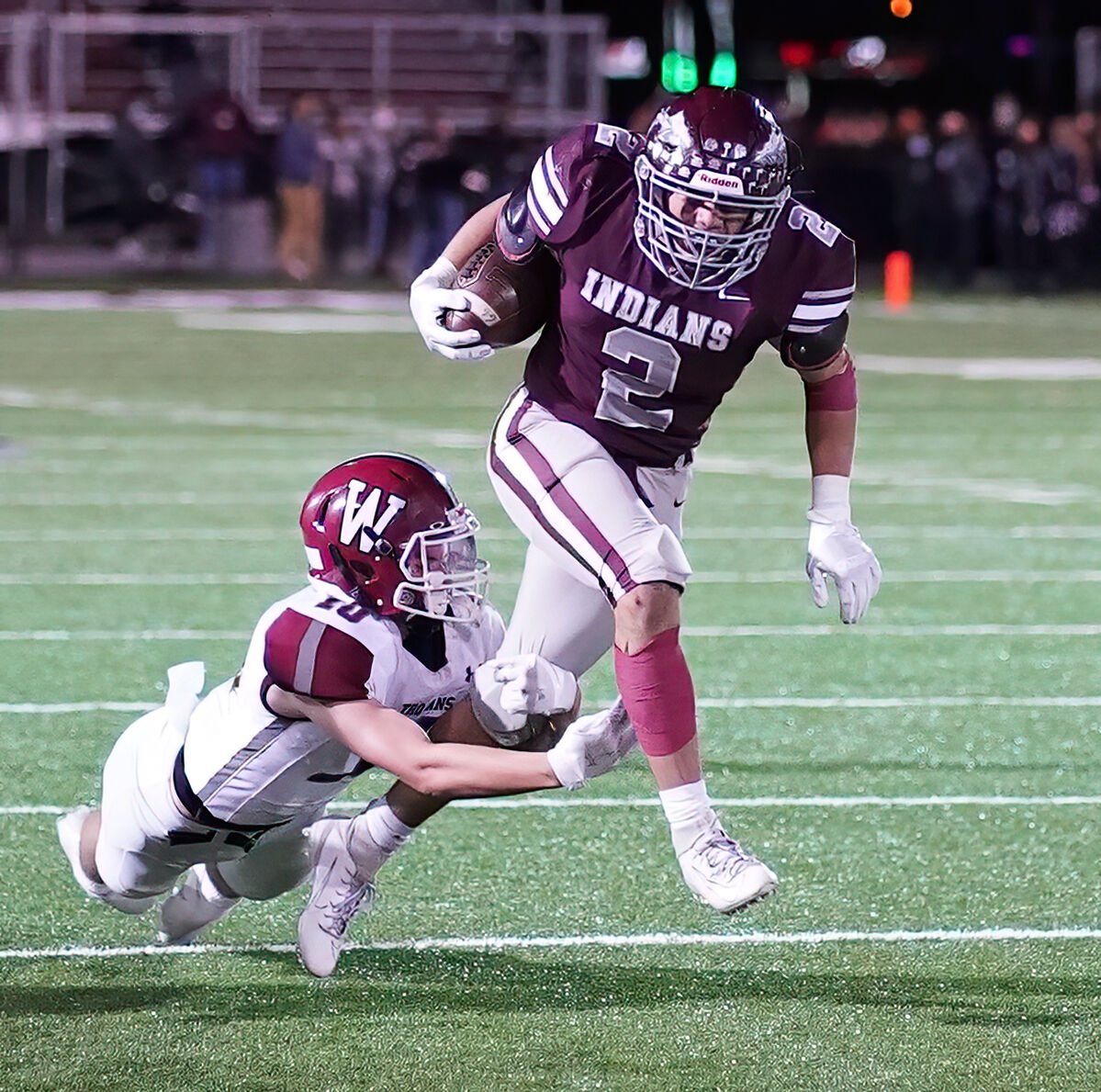 Dobyns-Bennett’s Phillip Armitage (2) breaks a tackle on his way to his fourth touchdown of the night Friday against Morristown West at J. Fred Johnson Stadium in Kingsport. 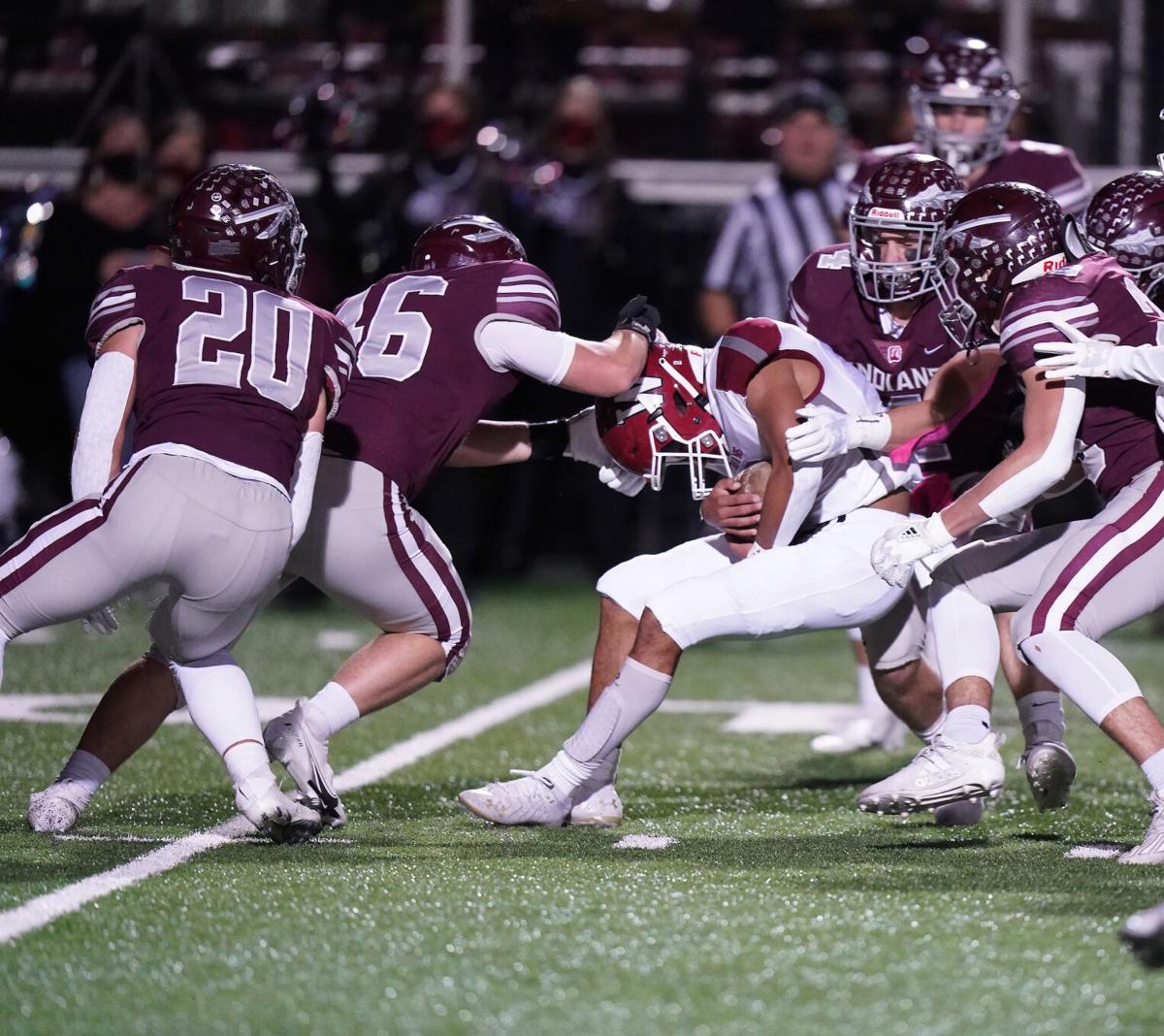 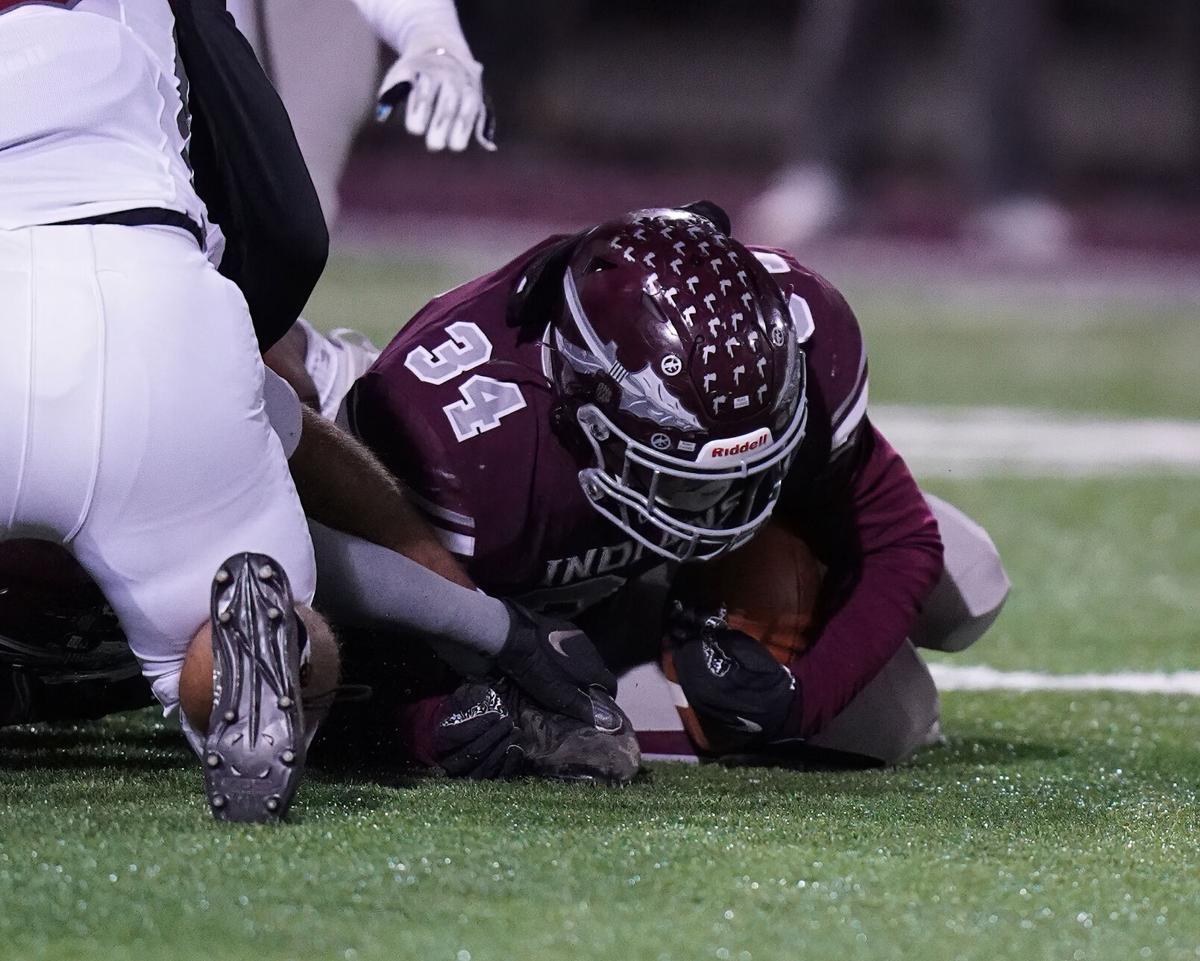 Dobyns-Bennett’s Levi Evans (34) recovers a Morristown West fumble during the first half. 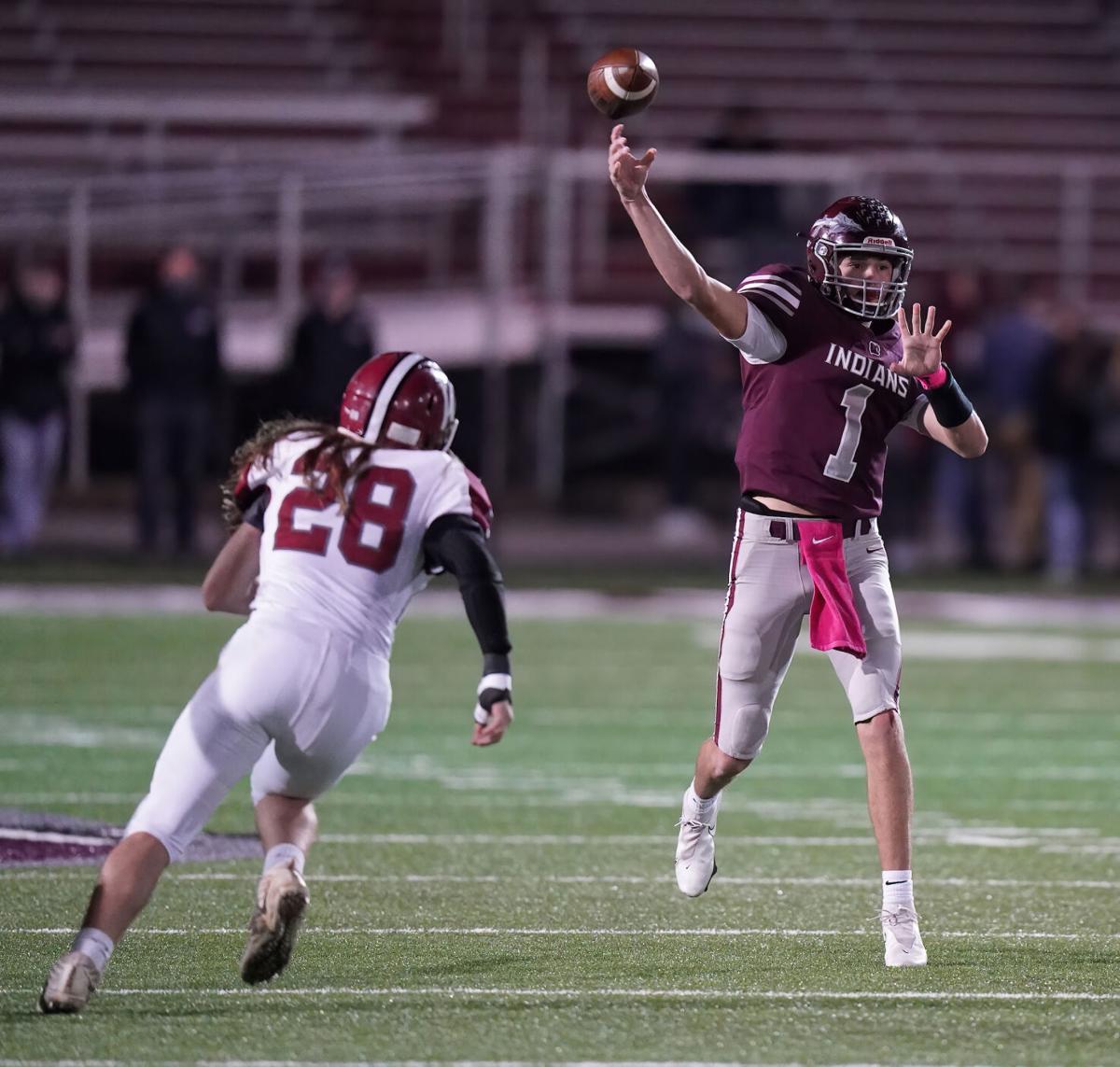 Dobyns-Bennett’s Zane Whitson (1) passes against Morristown West during the second half Friday night.

Dobyns-Bennett’s Phillip Armitage (2) breaks a tackle on his way to his fourth touchdown of the night Friday against Morristown West at J. Fred Johnson Stadium in Kingsport.

Dobyns-Bennett’s Levi Evans (34) recovers a Morristown West fumble during the first half.

Dobyns-Bennett’s Zane Whitson (1) passes against Morristown West during the second half Friday night.

Dobyns-Bennett took control of Friday’s Region 1-6A football contest from the game’s opening kick and never let it go in a 59-14 win over visiting Morristown West at J. Fred Johnson Stadium.

“I was very pleased with the way we came out,” said D-B coach Joey Christian. “I thought we came out fast. We played hard. I thought we were physical and still able to run the ball.

“We knew, defensively, some of the things they did would make it tough, but I’m just obviously very proud of our guys.”

The Indians (8-0, 5-0) earned themselves an opportunity to clinch the region’s top seed next Friday when they meet archrival Science Hill (6-2, 3-1).

Christian was proud of his team for not looking past Morristown West (3-5, 1-3).

“The way they weren’t looking to next week or anything, that says a lot about our kids,” he said. “Our coaches certainly stressed (not looking past the Trojans) this week and kind of laid the gauntlet down that the players need to focus and do what they need to do to be prepared for a game like tonight.

“When you’ve got 30 seniors you should have some maturity and I think that showed some of the maturity we have.”

Armitage, a senior, said it was important for the team to stay focused during Friday’s game.

“Everybody sort of expected us to come out a little soft, so we had to come out and start physical and fast and be ready for next week,” Armitage said.

Controlling the line of scrimmage on both offense and defense was key.

The Tribe’s defensive front of Jackson Martin, Levi Evans, Fonzo Booker, Blake Collier, Moises Galvin and Tucker Herald played a huge role in shutting down the Trojans, who didn’t have positive yardage until the final two minutes of the first half. West finished the night with 97 total yards.

The Trojans got that positive yardage on their late touchdown on their only first-half scoring drive. After completing a 9-yard pass to Rodney Long, quarterback Dylan Cribley sprinted to the outside for a 39-yard touchdown run with 1:52 left before halftime.

The Indians wasted no time taking control. They moved the ball 57 yards in six plays on their opening drive, which ended with Armitage’s 20-yard TD run and a PAT kick from sophomore Titan Thomas — the first of his eight in the game — with 8:26 left in the first quarter.

The Tribe added touchdowns on its next four possessions, scoring on 19-yard and 4-yard runs from Armitage, Tesnear’s 48-yard sprint up the middle and Jackson Martin’s 1-yard run that capped a nine-play, 54-yard march.

D-B added another touchdown on a 44-yard passing play from Whitson to Jonavan Gillespie.

Will New rounded out the Tribe’s first-half scoring by hitting a 32-yard field goal as time expired in the second quarter.

West’s Nick Hildebrand capped the night’s scoring with a 7-run touchdown run in the fourth quarter.