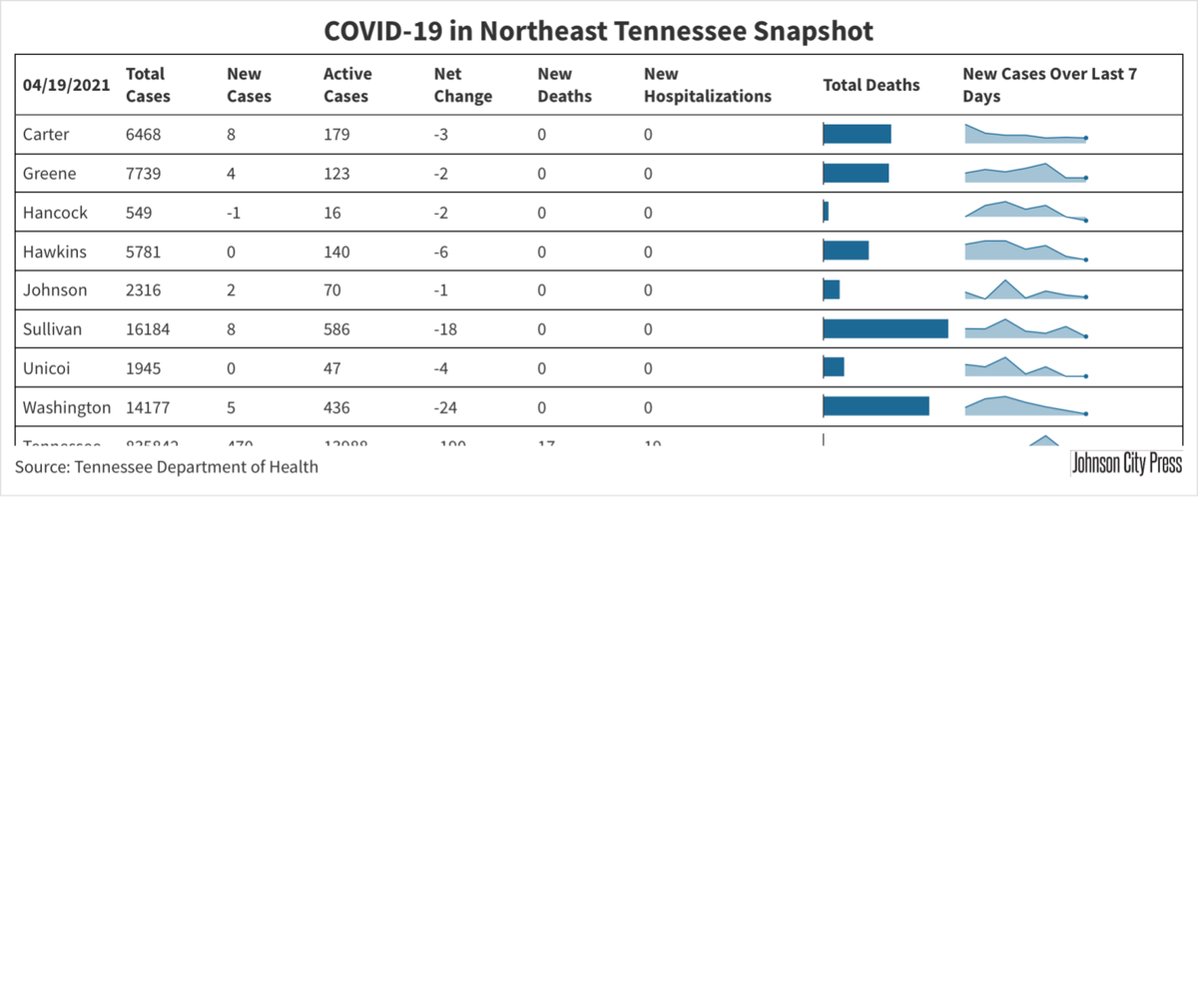 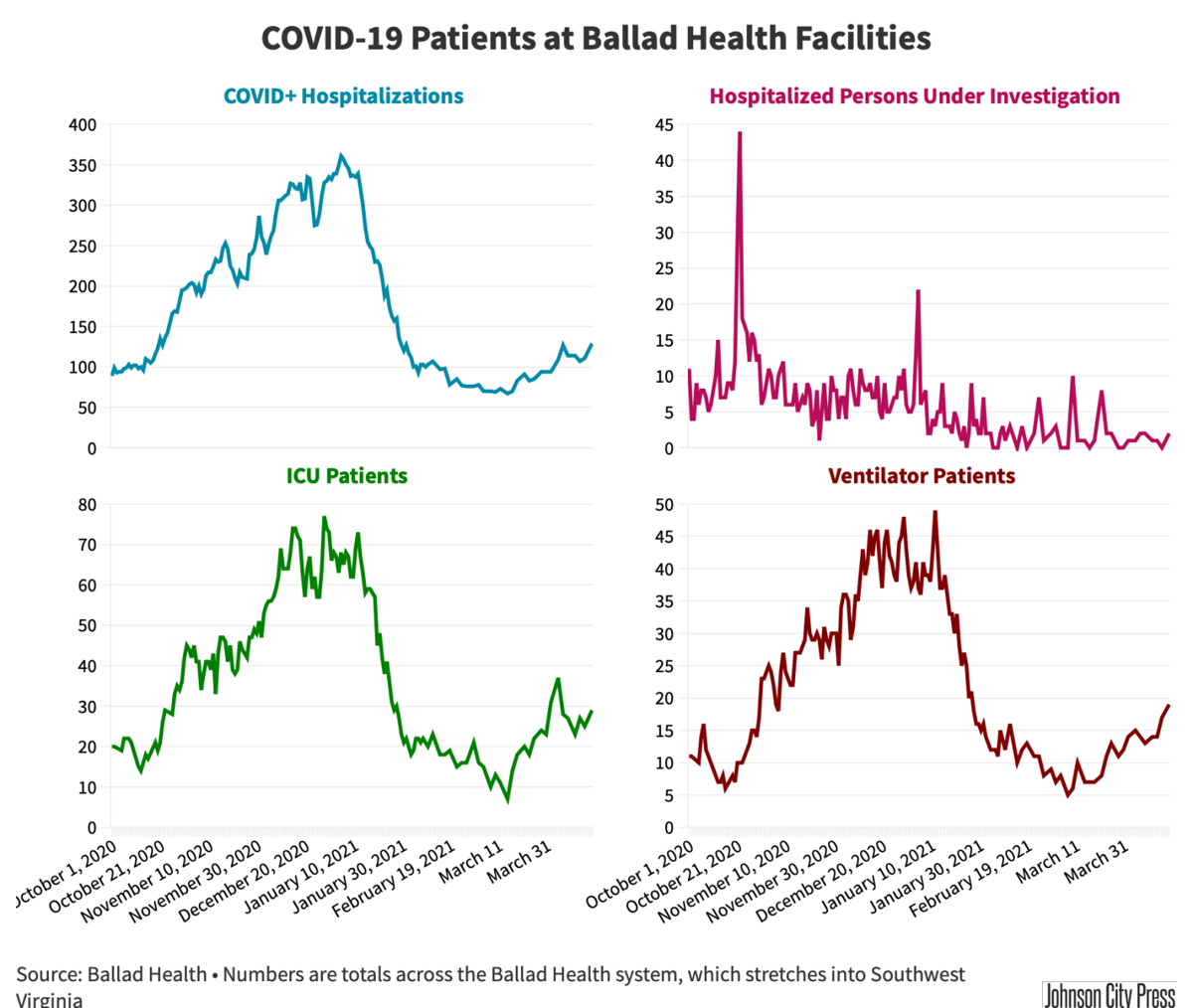 Northeast Tennessee’s seven-day new case rate fell to its lowest point in weeks on Monday, with 26 new cases the fewest reported in the region since March 8.

Earlier on Monday, the state said the day’s report would include a rush of data from a statewide provider clearing a backlog of information, but Northeast Tennessee did not seem to show much impact as a result. The Tennessee Department of Health said in a release that the backlog totaled about 3,200 positive test results and dated back to January. Only about 1,020 of those tests were conducted in the past seven days, the department said.

According to data from the TDH, most of the backlog cases were added in Blount, Davidson, Knox, Montgomery, Rutherford, Sumner, Williamson and Wilson counties. Tennessee added 4,181 new cases on Saturday as a result of the backlog, though the real number is likely between 1,000-2,000.

Monday’s rise in overall hospitalizations and critical care patients continued a trend that began in mid-March, with hospitalizations up 92.5% since March 15. During a press conference last week, Ballad’s Chief Operating Officer Eric Deaton warned that the system can’t handle another surge in hospitalizations.

“Simply put, we really cannot take another surge like we’ve seen in the past,” he said. “Our health system was really strained before, and we’re very concerned that we cannot sustain another strain.”

In-house modeling from Ballad projects hospitalizations could reach 150, which would be the most reported in the region since Jan. 28 (160).

NET by the numbers

Tennessee by the numbers

Where Can I Vaccinated?

Not sure if you're eligible? Tennesseans can determine their vaccine eligibility and request an appointment by visiting bit.ly/2YcVMcT and highlighting their county of residence. Additionally, you can call (866) 442-5301 for more information.

The Sullivan County Regional Health Department is vaccinating people at Whitetop Creek Park and the Kingsport Civic Auditorium by appointment only. Call (423) 279-2777 to schedule an appointment and check bit.ly/3a6ZVoc for the latest information and to pre-download and fill out the vaccine paperwork.

Where Can I Get Tested?