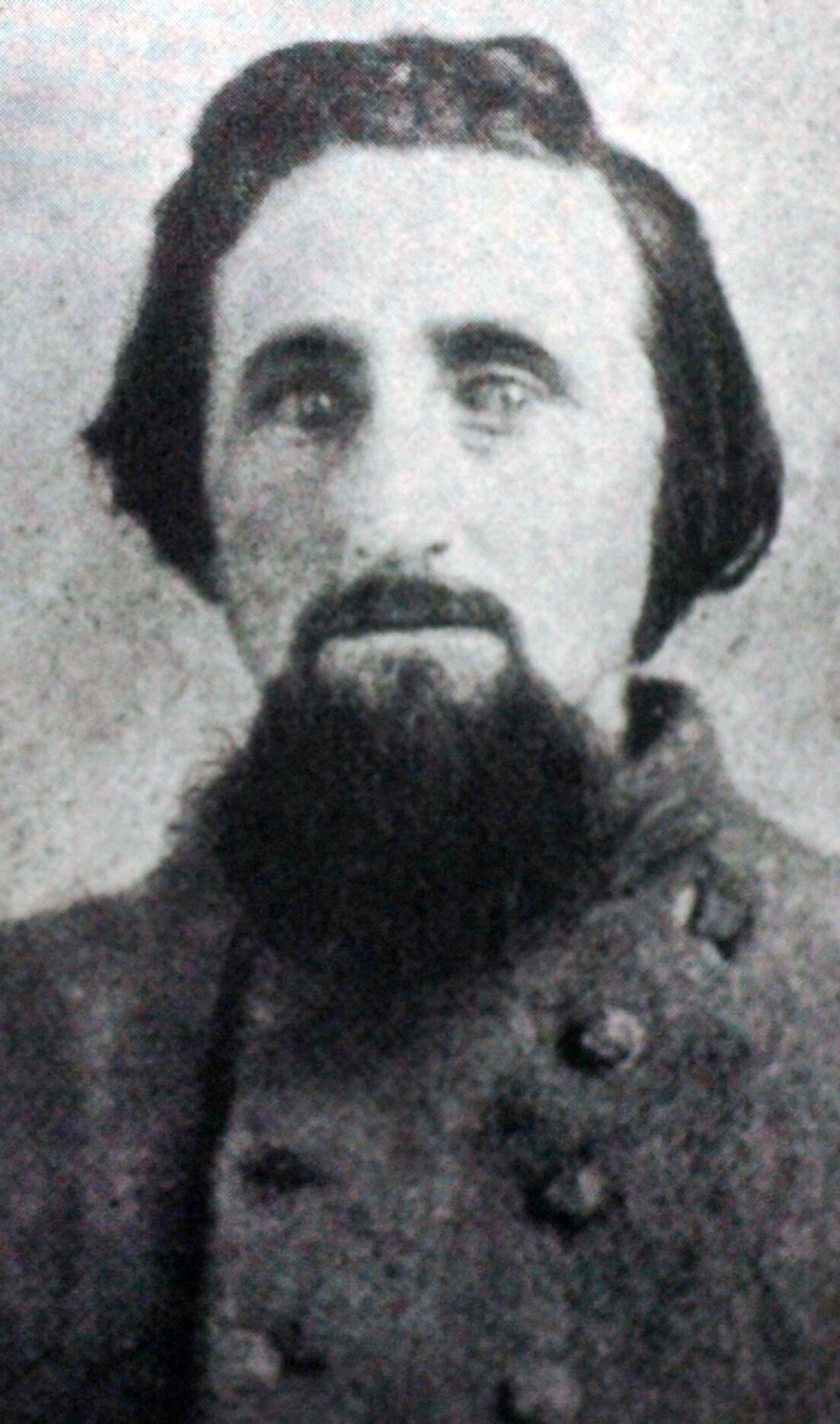 In fighting at Shiloh and around Vicksburg, William Etter showed his bravery repeatedly. 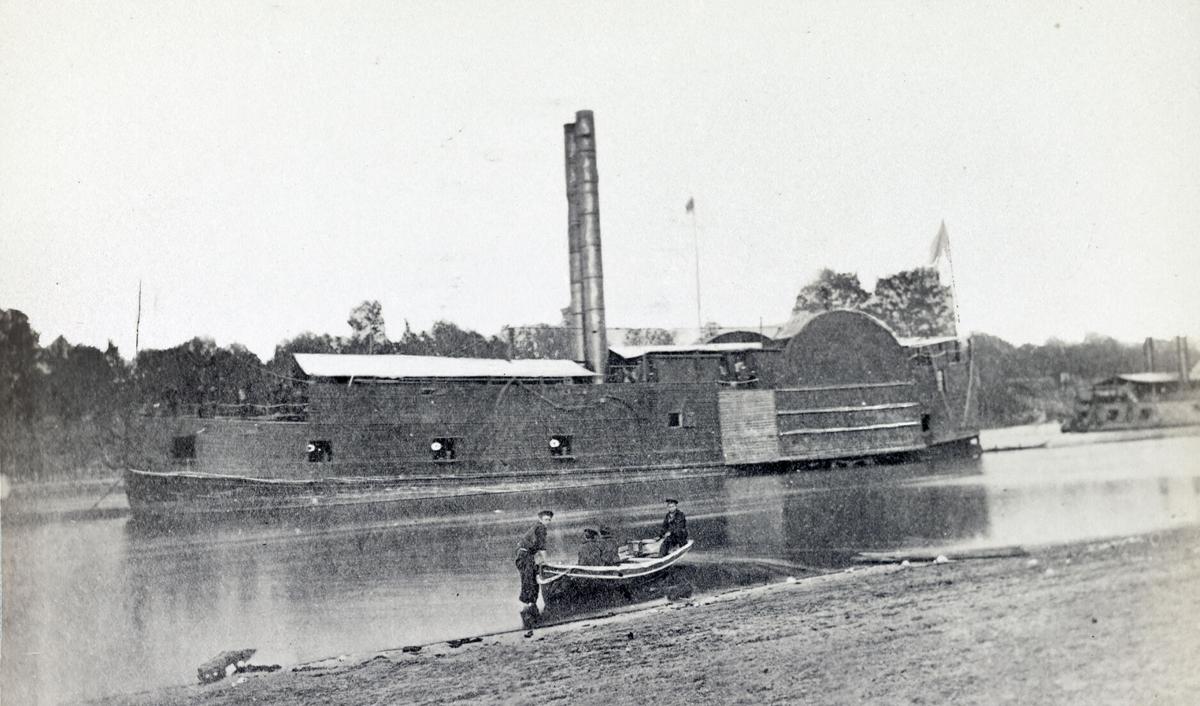 The U.S. gunboat Lexington, shown here, was part of the Mississippi River squadron of the Union Navy that was giving the Hawkins Boys so much trouble around Vicksburg.

In fighting at Shiloh and around Vicksburg, William Etter showed his bravery repeatedly.

The U.S. gunboat Lexington, shown here, was part of the Mississippi River squadron of the Union Navy that was giving the Hawkins Boys so much trouble around Vicksburg.

From the bloody battlefield near Pittsburg Landing in Tennessee to the railroad town of Corinth, Mississippi, the Hawkins Boys of Company K and the 19th Tennessee infantry regiment provided rear guard for the Confederate army after the battle of Shiloh. Fortunately, the task was not difficult.

Union Gen. Henry Halleck, Gen. U.S. Grant’s superior, arrived at Shiloh to take charge of the army and begin the move toward Corinth. Fearing another Shiloh, he marched only a few miles each day, then had the army dig in. Even when reaching the outskirts of the town, Halleck dug in and waited.

The 19th Tennessee was among the last regiments to return to Corinth and found the small town jammed as houses and hotels turned into hospitals and regiments camped all about the town. The crowded conditions in Corinth meant that every thing was in short supply. Scurvy began appearing in the camps thanks to the lack of fresh fruits and vegetables.

An even greater issue was the lack of clean drinking water. What water was available for Company K was of the poorest kind, gathered from small holes dug a couple of feet in the ground into which water would seep. Living conditions in Corinth were becoming a greater threat to the Hawkins Boys than the Yankees, as A.J. Cross, William Duncan and Samuel Drake died of illness brought on by poor food and bad water.

It was at this low point that the men of Hawkins County did a great service for their cause. With their original enlistments ending, every man re-enlisted to serve until the end of the war. Nine days later, Company K was on the march again, toward Vicksburg and a welcome change of scenery.

“Vicksburg was a romantic place,” said William Worsham, regimental musician and historian of the 19th Tennessee. “Her several hills were covered with beautiful residences with large yards full of flowers and shrubbery and many gardens growing figs, pomegranates, artichokes, etc., not such as we were used to, for these were on trees and shrubbery instead of in the ground. We lived well here. The scenes and the surroundings were so different from anything we had yet met.”

While in Vicksburg, the Hawkins Boys and the rest of the regiment had to put up with daily bombardment from not one, but two Union fleets on the river. On one occasion the shells landed in the middle of the regiment, and it was decided that enough was enough. The 19th Tennessee was going hunting and gunboats were the prey.

As luck would have it, the Hawkins Boys were in the lead and would attempt to attack any gunboats within reach. Their captain, Carrick W. Heiskell of Rogersville, recalled what happened.

“We waded through the swamp for more than a mile with the mud some times up to our knees, and when we got through and stood upon the levee of the Mississippi, a gunboat 200 yards below us, at the river bank commenced a fusillade upon us,” said Heiskell. “To save ourselves we double quicked down towards the boat where we got so near to it, not more than 150 feet, that it could not depress its guns low enough to strike us. Everybody was ordered to lie down.”

“Volunteers were then called for, to go onward and reconnoiter. Lt. W. W. Etter, whose courage was always conspicuous, jumped to his feet and said, ‘Colonel I will go.’ Col. Francis Walker of the 19th replied, ‘Lt. Etter, I want privates not officers for this duty.’ ‘Well,’ said Lt. Etter, ‘consider me a private for this occasion.’ So he with others, for the volunteers were more than were wanted, reconnoitered,” said Heiskell.

The Hawkins Boys crept forward and opened fire on the gunboat. It was then realized by everyone in the 19th Tennessee that no one had thought the thing through. Every boat within sight on the river opened with their cannons.

“Oh, my, it seemed as if the very gravels and rocks from the river’s bed arose in their defense and came crashing through the cane after us,” said Worsham. “From the side of every boat came shot and shell until the boat seemed a blaze of fire and one continuous roar of cannon. We moved out while the enemy kept up the firing, which hurried us on. We did not go out in as good order as we went in, nor were we as particular in picking our way. Several of the men lost their shoes in the mud. Capt. Deaderick (Company B from Washington County) mired up in the quicksand so he could not move, and two men had to help him and they too came near sticking. It was said one man lost his breeches, torn off by the bamboo and the thorns.”

The Hawkins Boys returned to Vicksburg. The only serious wound was to their pride. They had failed to bag their gunboat.

Next week we head to the Battle of Baton Rouge. I know I said that last week, plus the Hawkins Boys get their first pay of the war and end up winning other people’s money as well.

Ned Jilton II is a page designer and photographer for the Times News as well as the writer of the “Marching with the 19th” Civil War series. You can contact him at njilton@timesnews.net.