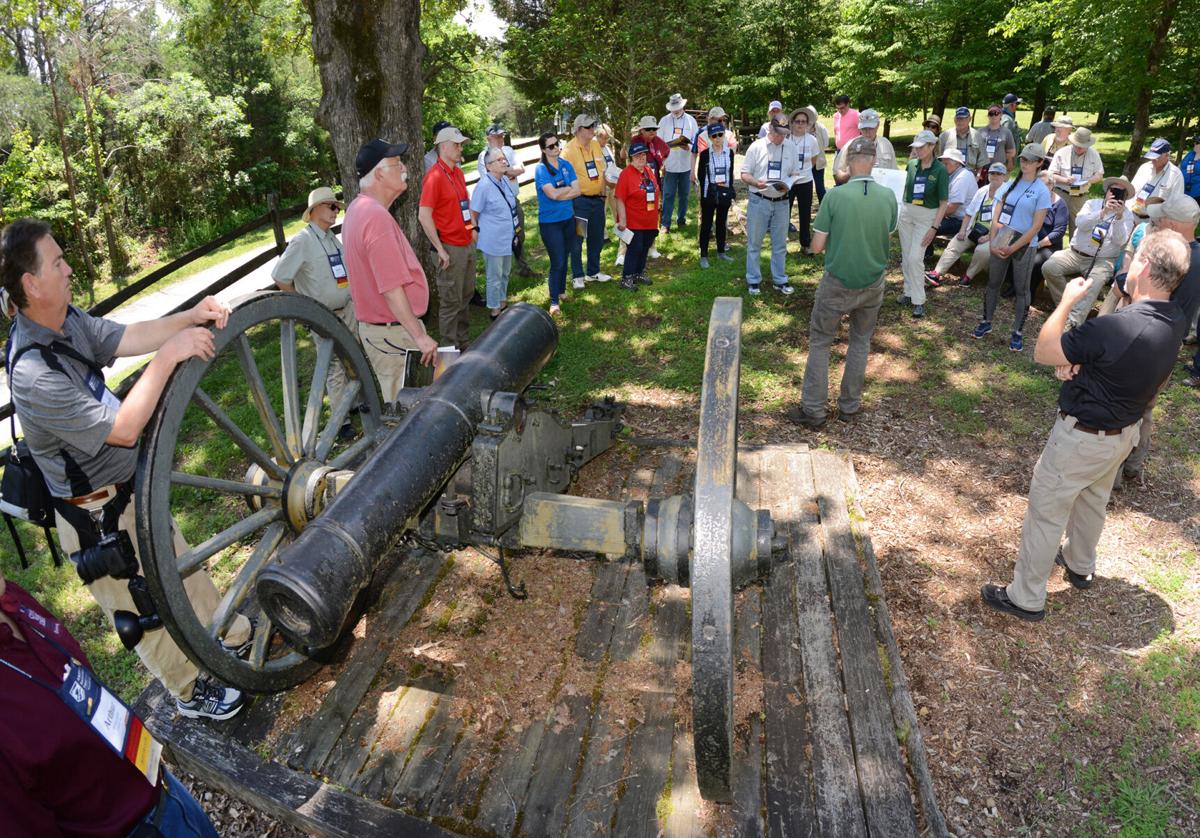 A group from the American Battlefiled Trust tours the Mill Springs Battlefield. 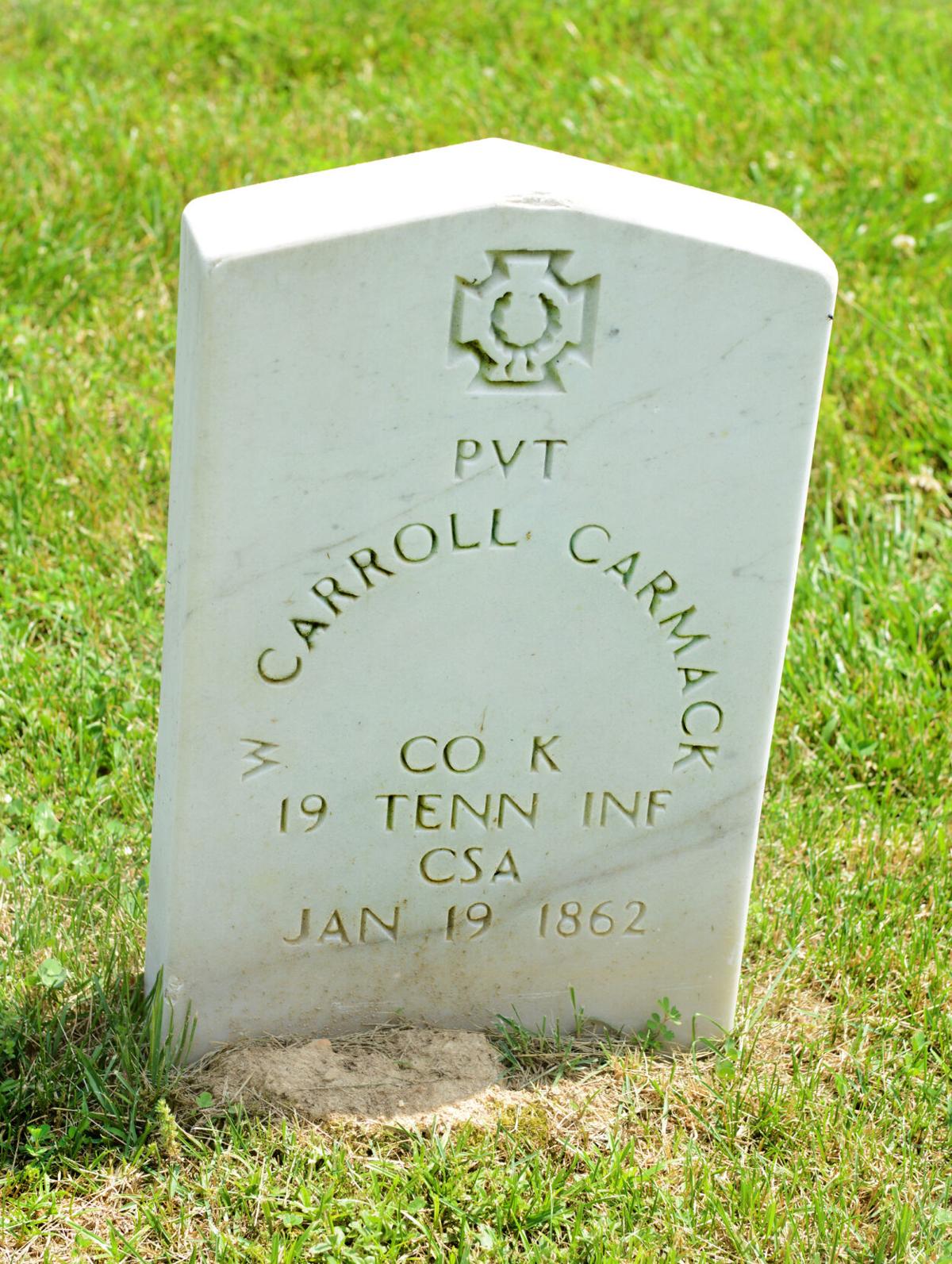 The grave of Carroll Carmack, one of the Hawkins Boys, Company K, 19th Tennessee, killed in the Battle of Mill Springs and buried on the field. 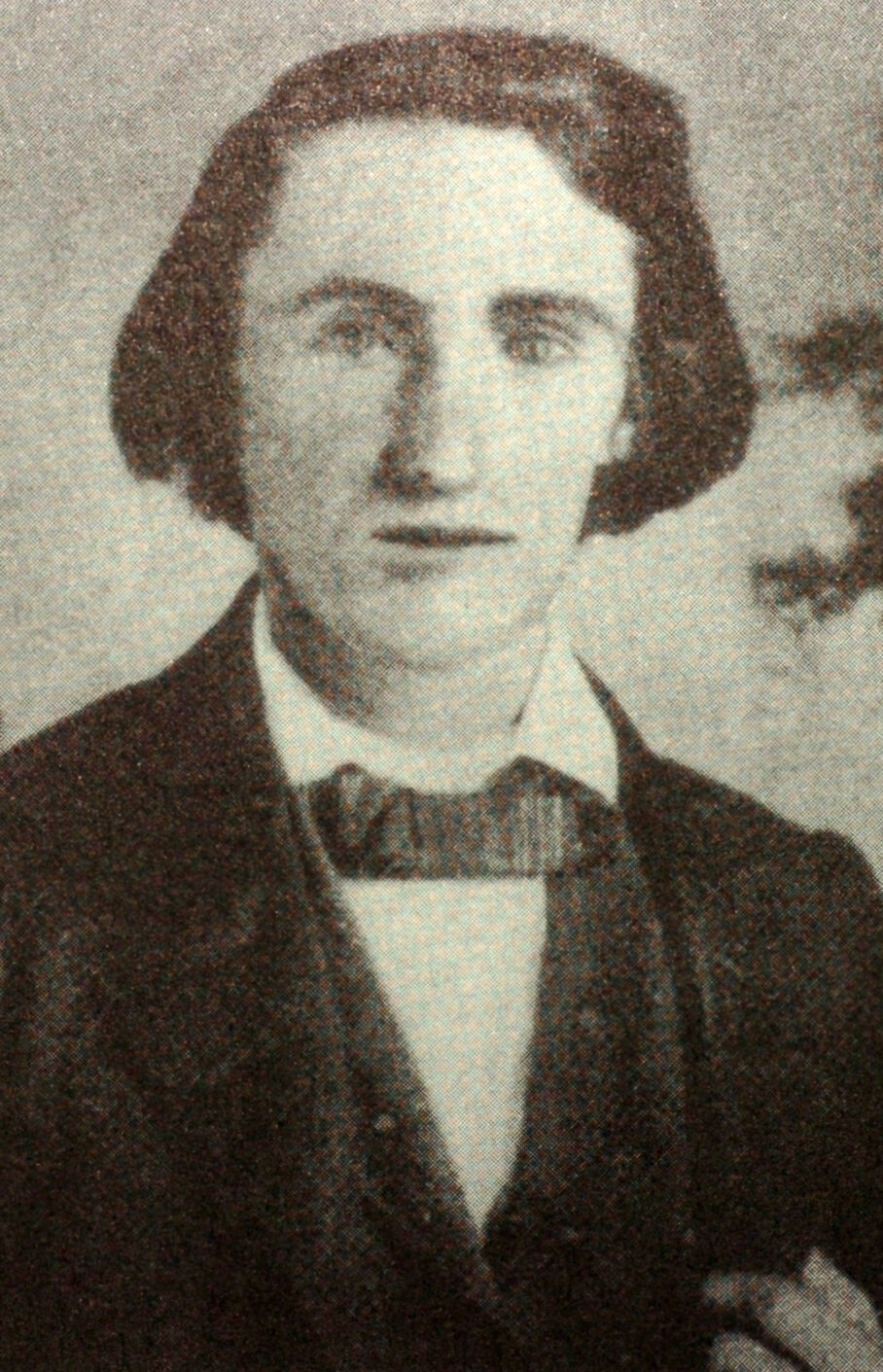 Columbus Etter of Company K, Hawkins County, Killed at the Battle of Shiloh.

A group from the American Battlefiled Trust tours the Mill Springs Battlefield.

The grave of Carroll Carmack, one of the Hawkins Boys, Company K, 19th Tennessee, killed in the Battle of Mill Springs and buried on the field.

Columbus Etter of Company K, Hawkins County, Killed at the Battle of Shiloh.

If you lived in Hawkins County in May 1861 and chose to respond to the call of the state and join the Provisional Army of Tennessee rather than head for the Cumberland Gap and the Federal army, chances are you would have been assigned to Company K of the 19th Tennessee.

First in battle and first in mischief, Company K was one of the most colorful units of the 19th Tennessee Volunteer Infantry Regiment. Made up of 100 men mostly from Hawkins County, as well as a couple of men from Lee County, Virginia, and Kingsport, the company was soon known as the “Hawkins Boys.” The company first elected Abraham Fulkerson as its captain, but he was promoted to major of the regiment, so Carrick W. Heiskell, a Rogersville school teacher and lawyer, was made captain. Robert D. Powel, a newspaper editor, was named 1st lieutenant, his brother Sam Powel was named 2nd lieutenant, and Sam Spears was voted 3rd lieutenant.

The company suffered its first death before anyone heard a shot in battle. Sickness swept through Knoxville, where the East Tennessee regiments were being formed, and Thomas McLain died of illness.

At first, Company K was detached from the 19th Tennessee, and along with Company C from Sullivan County was detailed to guard railroad bridges in the Knoxville region while the rest of the regiment marched off to garrison the Cumberland Gap. The two companies would later arrive at the gap along with Gen. Felix Zollicoffer.

With no fighting going on, it wasn’t long before the Hawkins Boys were getting into mischief. Capt. Heiskell recalled, “And so camp life begins, punctuated now and again by some breach of discipline varied by some amusing prank played upon unwary citizens visiting camp. Here is one with a load of watermelons. One fellow is buying a melon at one end of the wagon and two are helping themselves at the other end. Another is a man making complaint to John Webster, one of the Hawkins Boys, that the soldiers had stolen his chickens and geese and ducks. ‘And ducks too’ said John. ‘They ought to be shot — the idea of a soldier of the Nineteenth stealing ducks’ and then a duck quacked under John’s coat.”

At Barbourville the Confederates made quick work of some Kentucky Home Guards trying to destroy a bridge and suffered only one man killed on the battlefield that day. First Lt. Robert Powel of the Hawkins Boys became the first Confederate killed on Kentucky soil and the first killed outside of Virginia in the Western Theater of the war. He was transported home by Rev. David Sullins from Blountville and buried in the family plot at the Old Cemetery of the First Presbyterian Church of Rogersville.

The start of 1862 found the 19th Tennessee with the Hawkins Boys engaged in its first big battle of the war at Mill Springs, Kentucky. The Battle of Fishing Creek, or Logan’s Crossroad for our Yankee subscribers, went badly with the death of Gen. Zollicoffer and a Confederate defeat. Casualties were light for Company K compared to the battles to come, but Carroll Carmack was killed and Andy G. Johnson was wounded.

After the defeat, the Hawkins Boys faced a long march from Kentucky, through Tennessee and into Alabama before turning west to Mississippi and the town of Corinth. It was there that Gen. Albert Sidney Johnston brought his Confederate forces together for the first time and planned to attack the Union army under the command of Gen. U.S. Grant at Pittsburg Landing near a place called Shiloh.

Gen. Johnston’s plan was to surprise Grant and trap part of his army against the river, crushing them with superior numbers before the balance of the Federals arrived.

For such a big battle, things started out quietly for Company K and the 19th Tennessee. Gen. Johnston, thinking Gen. Grant might try to send soldiers by boat up flooded Lick Creek and attack from behind, detached regiments to guard the creek. The 19th drew this duty and spent the morning of the battle watching the creek.

By noon, the Confederate attack, which had been so successful at first, stalled and the regiments guarding the creek joined the battle. The Hawkins Boys took part in three bayonet charges that day.

The first charge successfully captured a hill and drove the Federals back. But Gen. Johnston, the highest ranking Confederate general in the field, was killed in the charge.

The second charge rescued a New Orleans regiment that was pinned down and captured a Federal artillery battery.

The third charge resulted in the capture of the “Hornet’s Nest,” a strong defensive position in the middle of the Union line that had held out for hours against repeated attacks and cannon fire.

There was to be a fourth charge, this one against Gen. Grant’s last line of defense at the landing itself. But at the last minute Gen. P.G.T. Beauregard, who had assumed command at the death of Gen. Johnston, ordered the troops to fall back one mile and rest for the night.

During the night, the balance of Grant’s forces arrived, giving him the superior numbers. When morning came, he attacked first. Initially, the Confederates held their ground, but Grant’s numbers eventually overwhelmed them.

When Gen. Beauregard decided to retreat to Corinth, the brigade with the 19th Tennessee was assigned as rear guard to cover the retreat. The regiment with the Hawkins Boys made a stand near Shiloh Church to buy time for the army and then began to slowly fall back to Corinth, protecting the army all the way.

Shiloh was the bloodiest battle fought on North American soil to that date. In addition to the death of Gen. Johnston, the 19th Tennessee’s Corps commander, Gen. John C. Breckinridge, was struck twice by spent bullets but remained on the field. The 19th’s regimental commander, Col. David Cummings, was wounded the first day of the battle in the same charge that killed Gen. Johnston. Cummings survived his wound but never returned to the army. He was replaced by Lt. Col. Francis Walker.

Abram Fulkerson, who organized Company K in Hawkins County before becoming the 19th’s major, had his horse shot out from under him and was wounded in the groin. After recovery, he was assigned to another regiment.

Among the men of Company K, Laurence P. Speck of Rogersville was also wounded at Shiloh then captured and sent to Camp Douglas, where he was eventually exchanged. He was luckier than fellow Hawkins Countian Columbus Etter, from Mooresburg, who was killed in the battle. His brother, William Etter, who was fighting beside him when he was killed, would be promoted to 2nd lieutenant of Company K. Four other members of the Hawkins Boys died on the battlefield at Shiloh in addition to Etter. They were Frank Keeling, K.S. Wolfenburg E. Webster and N. Courtney.

Next week I’ll pick up the march with the Hawkins Boys from Corinth to Vicksburg and on to the Battle of Baton Rouge.

Ned Jilton II is a page designer and photographer for the Times News as well as the writer of the original “Marching with the 19th” Civil War series. You can contact him at njilton@timesnews.net.