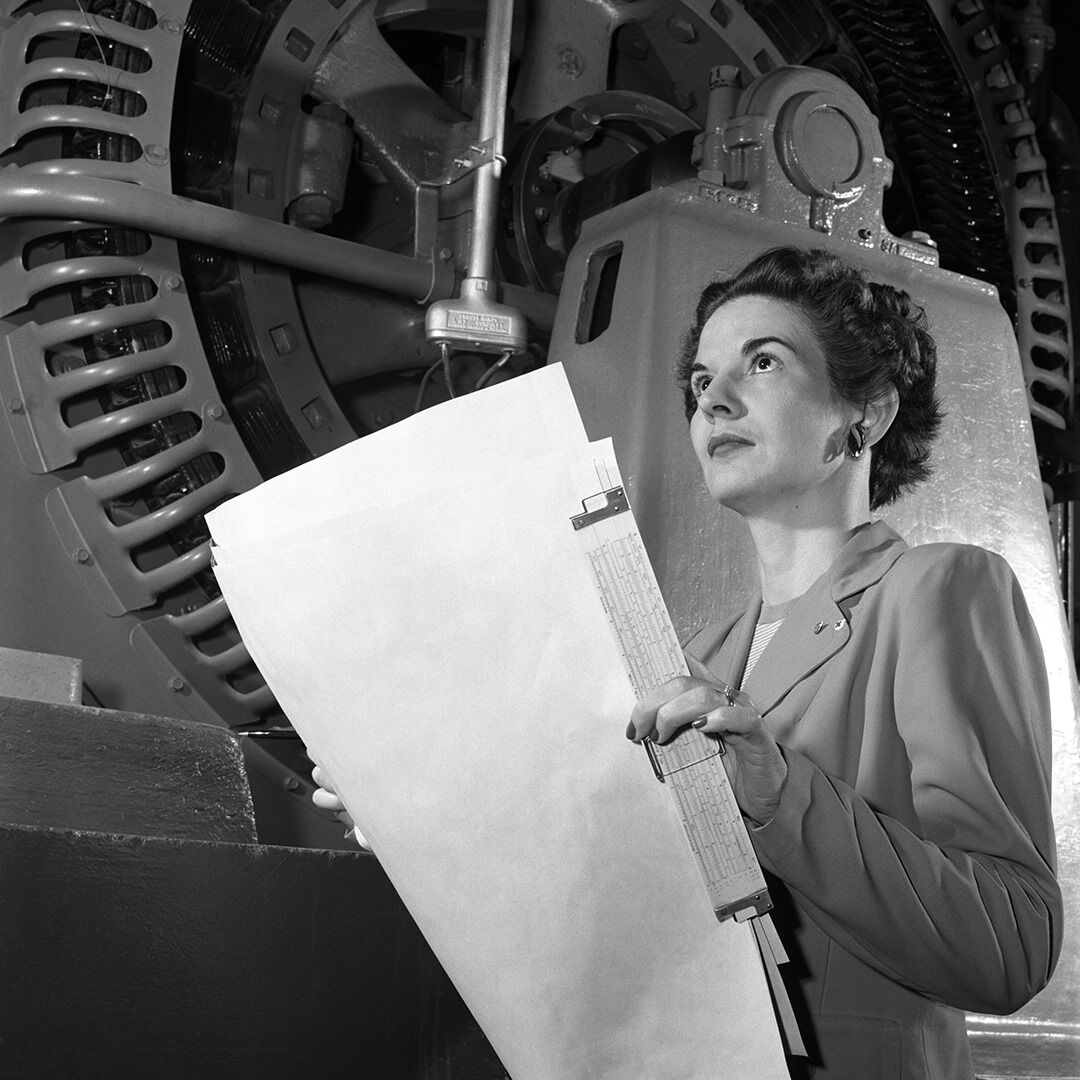 Kitty Joyner fought for the right to attend the University of Virginia’s engineering program more than 80 years ago. She cleared the way for other women to follow her into the space program.

Women working on the Curiosity rover are shown here in the ‘Mars Yard,’ a simulated martian landscape at NASA’s Jet Propulsion Lab.

Kitty Joyner fought for the right to attend the University of Virginia’s engineering program more than 80 years ago. She cleared the way for other women to follow her into the space program.

Women working on the Curiosity rover are shown here in the ‘Mars Yard,’ a simulated martian landscape at NASA’s Jet Propulsion Lab.

In 2012, NASA Deputy Administrator Lori Garver told a conference at the Langley Research Center in Hampton, Virginia, “NASA is the largest employer of female STEM professionals.”

Garver went on to point out that in the past decade the number of women supervisors had increased by 59%, aerospace engineers by 76%, leadership by 29% and engineers by 20%. The numbers show growth, but there was the nagging fact that women made up only 33% of those in the space program at that time.

“I think we should celebrate the strides, but realize we have some distance to go,” Garver said.

The number of women moving into science, especially at NASA, is growing rapidly. A majority of the Mars Curiosity rover operations jobs were filled by women. And women hold several important positions with the current Mars rover project Perseverance.

Women such as Kathryn Morgan, NASA’s deputy research scientist for the Mars 2020 mission at Jet Propulsion Laboratory. She is a prominent team member examining the surface of Mars and looking for signs of ancient microbial life.

Then there’s Swati Mohan, who has been heading NASA’s Operations for the Mars 2020 guidance, navigation and controls. If you watched the landing of Perseverance, it was her voice you heard announcing, “Touchdown confirmed.”

There is also Vandani Varma, the space roboticist at JPL. She drove the Mars rover Curiosity and is driving Perseverance using software that she co-wrote and developed. In fact, her programs are being used in several NASA and JPL robotics applications.

However, the person who is front and center now is MiMi Aung. She is the project manager for the Mars helicopter Ingenuity. Under her guidance, engineers at JPL demonstrated it is possible to build a lightweight aircraft that could fly in Mars’ thin atmosphere, and then they built it. As this is being written, Ingenuity is sitting on Mars’ surface waiting for its first flight.

The success of these women, and the thousands of others at NASA, shows what women can accomplish when given the chance. But they might not have had the opportunity if not for one woman who fought for the right to attend the University of Virginia’s engineering program more than 80 years ago.

Kitty Joyner, born Kitty O’Brien in Charlottesville, Virginia, in 1916, was the daughter of an engineer. Inspired by her father, Joyner hoped to get into the engineering program at UVA. After all, the state had begun allowing women to attend public universities in 1920.

But UVA’s engineering program was still an all-male bastion in 1935. Several obstacles were put in Joyner’s way to discourage her from attending. She was required to attend another university for two years and be at least 20 years old before she could apply to the program.

Joyner would not be deterred. She attended Sweet Briar College for two years and then petitioned to gain admittance to the engineering program. She won her case and became the first woman to attend UVA’s engineering program. In 1939, she became the first woman to graduate from the program. She earned a B.S. in electrical engineering. She also received the Algernon Sydney Sullivan Award given by the university to two graduating students each year “for excellence of character and service to humanity.”

Joyner was just getting started. Later that year she became the first female engineer at the Langley Research Center of the National Advisory Committee for Aeronautics, or NACA, which would become part of NASA in 1958. She worked in wind tunnel control and research in supersonic flight, eventually rising to the level of management before retiring in 1971.

While working at Langley, she also met and married Upshur Joyner and had two children.

Thanks to Joyner, and others like her, women today have great opportunities in the space program. Just ask NASA’s Robyn Gatens.

Of course she may be a little busy right now. On March 28, she was named director of the International Space Station for the agency by Kathy Lueders, NASA’s associate administrator for Human Exploration and Operations.