Preston Miller, who pitched for Daniel Boone and is headed to Milligan, warms up in the bullpen as the new Kingsport team works out Friday before its first game. 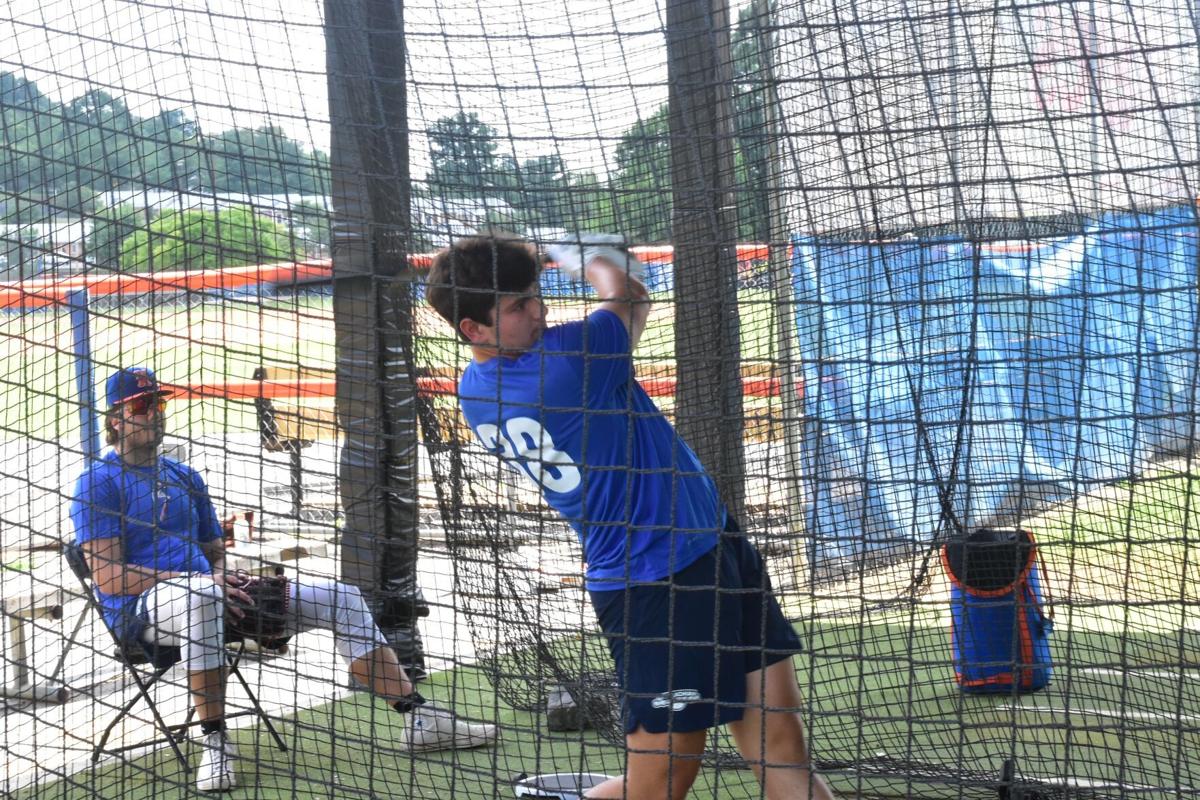 Logen Sutton, an ETSU signee from Powell, takes a rip in the batting cage. 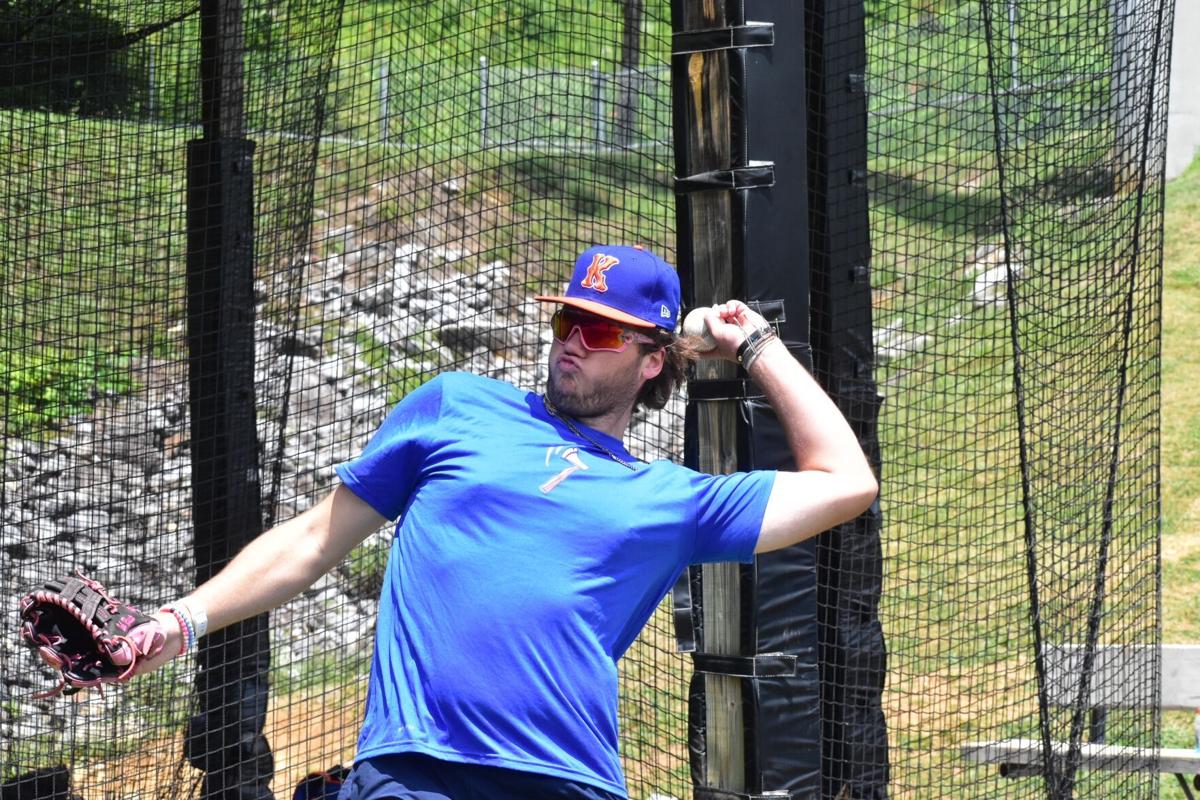 Noah Rosato of Elizabethton, a Milligan player, warms up as the team gets together for the first time. 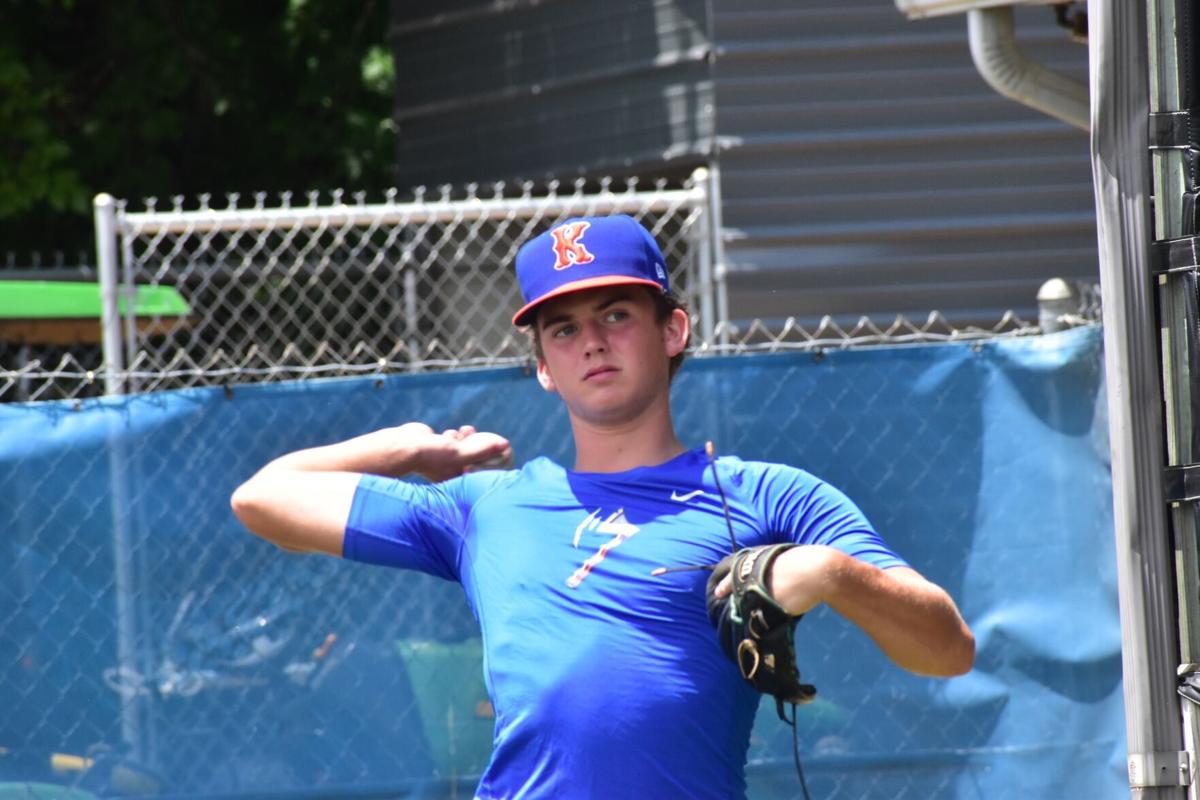 Preston Miller, who pitched for Daniel Boone and is headed to Milligan, warms up in the bullpen as the new Kingsport team works out Friday before its first game.

Logen Sutton, an ETSU signee from Powell, takes a rip in the batting cage.

Noah Rosato of Elizabethton, a Milligan player, warms up as the team gets together for the first time.

KINGSPORT — Kingsport has a new baseball team. As the players gathered for the first time Friday morning in the parking lot of Hunter Wright Stadium, one of them said he felt like they were in the movie “The Replacements.”

He wasn’t far from the truth.

The Kingsport Road Warriors, as they will be known, were quickly put together shortly after word came down that the Kingsport Axmen’s Appalachian League season was being canceled after one of the players was arrested for allegedly making threats.

Boyd Sports, the group that runs four Appalachian League teams, including the one in Kingsport, jumped into action and put together a roster of players to finish the season.

The Kingsport squad, made up of some local players and some from out of the area, is scheduled to play all of its games on the road, although Boyd Sports remains hopeful something will be worked out to get some home games before the end of the season.

The Road Warriors began their journey Friday night at Bristol.

“This has been a major speed bump,” Jeremy Boler, vice president of Boyd Sports, said. “It’s been crazy. It’s been a long time since I’ve had to recruit players, so the phones were burning yesterday.”

That recruiting began around noon on Thursday and by 7 p.m. the majority of the roster had been filled. However, some of the players won’t arrive until this weekend.

“I’ll tell you what, we’ve got 25 guys here that are extremely hungry and want to go kick some tail and win some baseball games,” Boler said. “I think there are a lot of good ball players out there that are looking for homes.”

The players were pleasantly surprised when their phones started ringing with a chance to play in the Appalachian League.

“It’s a great opportunity,” said Conner Hyatt, a key member of Science Hill’s state championship team this year who will play at King University. “I didn’t think I could pass on it. I’m going to get some experience going into college. But I have no clue what to expect.”

The team will wear the Axmen’s road uniforms that say Kingsport on them, with no reference to the Axmen.

“We didn’t waste any time, that’s for sure,” Steve Brice, the team’s general manager, said Friday. “Yesterday we got the news and we started calling around, calling our contacts and reaching out to people we know in the baseball world. We got together a roster we feel comfortable with to play a game in Bristol tonight.

“So, in seven hours, we got together a roster and called for trainers, buses, food, hotel, everything. It’s a small miracle. I don’t know how we did it.”

Kingsport’s remaining schedule has 10 home games. The first two of those will be switched from Kingsport to Elizabethton this weekend. Two games against Burlington next week will be played at Johnson City’s TVA Credit Union Ballpark.

“We’ve got great fans here in Kingsport,” Brice said. “People keep saying, ‘I feel bad for you.’ Don’t feel bad for me. Feel bad for the fans. They came out and supported us for the first month and a half.”

That being said, Boler and the folks at Boyd are hoping there will be some home games this summer.

“It’s pretty disappointing right now, especially being the first year with a brand new team,” Boler said of playing all the games on the road. “But we do hope, maybe, home games can return at some point this season.”

The team will be managed by Pigeon Forge High School coach Mike Guinn and his staff.

There was talk about getting Ray Smith and Jeff Reed to run the team, but that didn’t work out. Smith and Reed combined to win numerous Appalachian League championships with the Elizabethton Twins.

“This isn’t something you deal with every day,” Boler said. “Now we’re getting everything back and running and we’re ready to play baseball right now.”