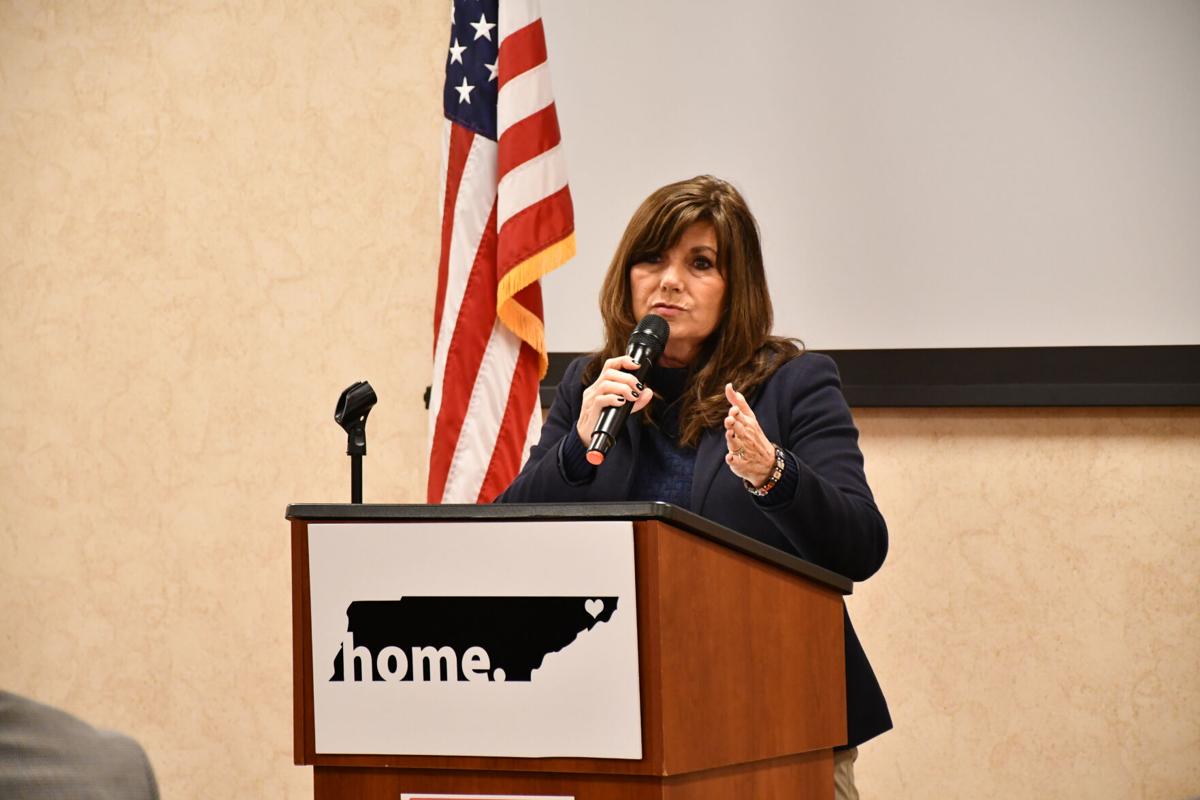 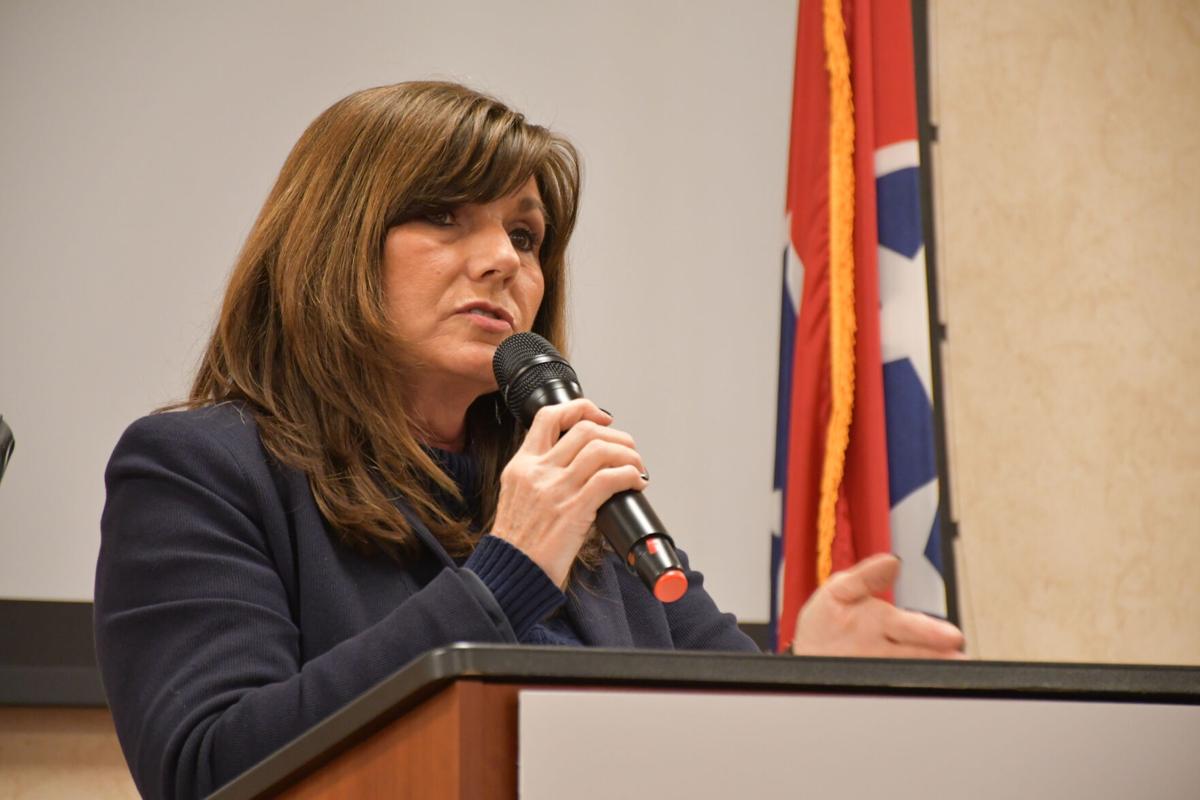 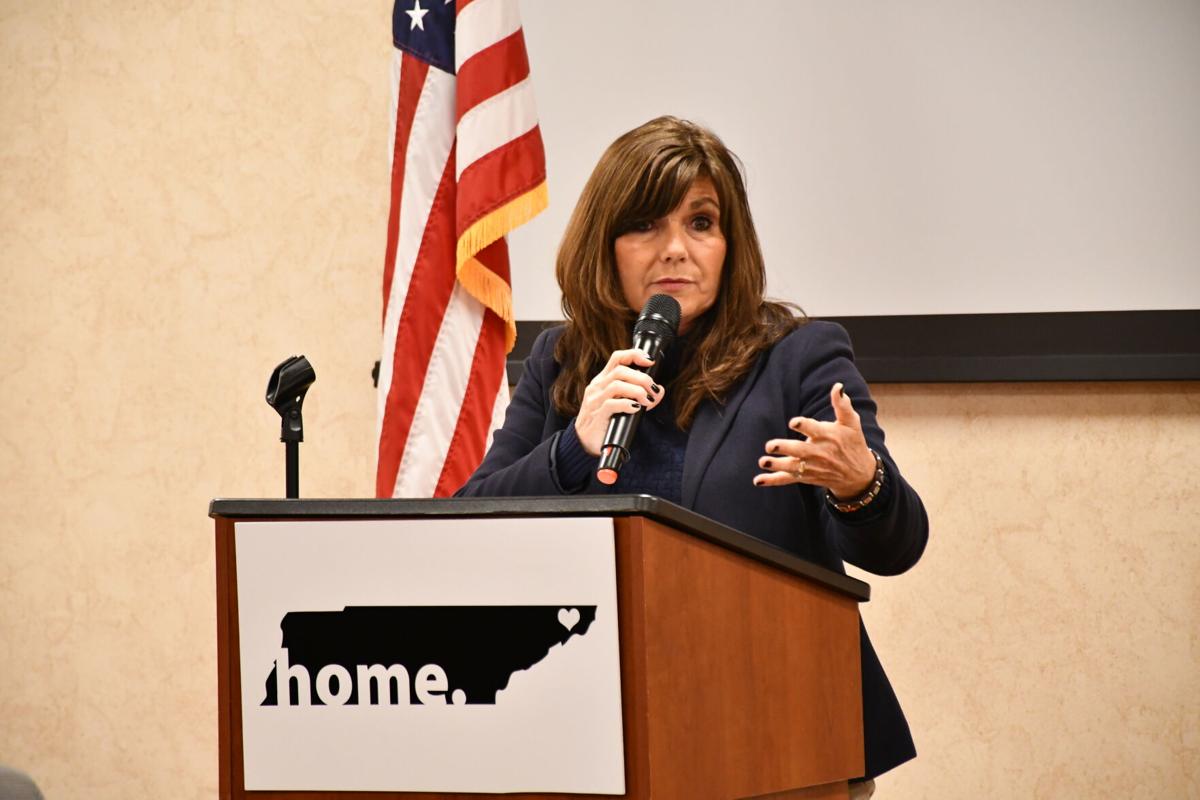 Congresswoman Diana Harshbarger talked supply chains, the border and vaccine mandates at her luncheon in Kingsport on Monday. 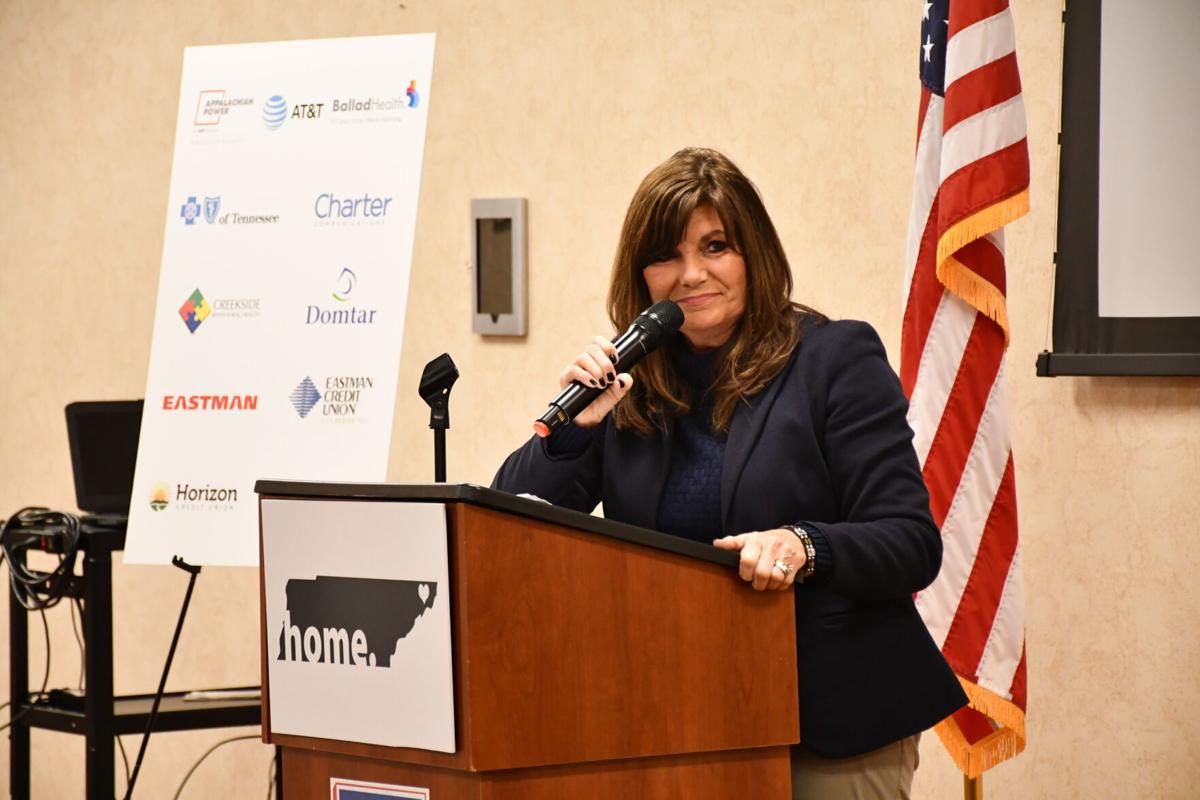 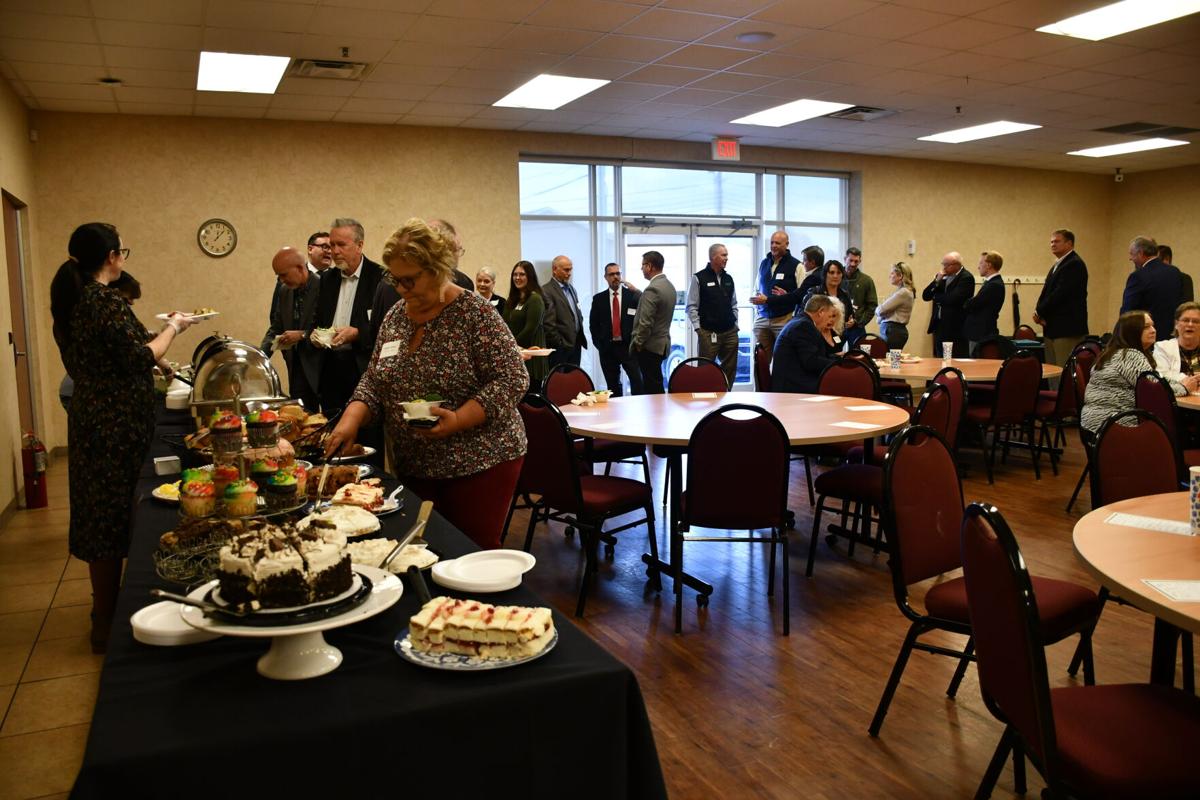 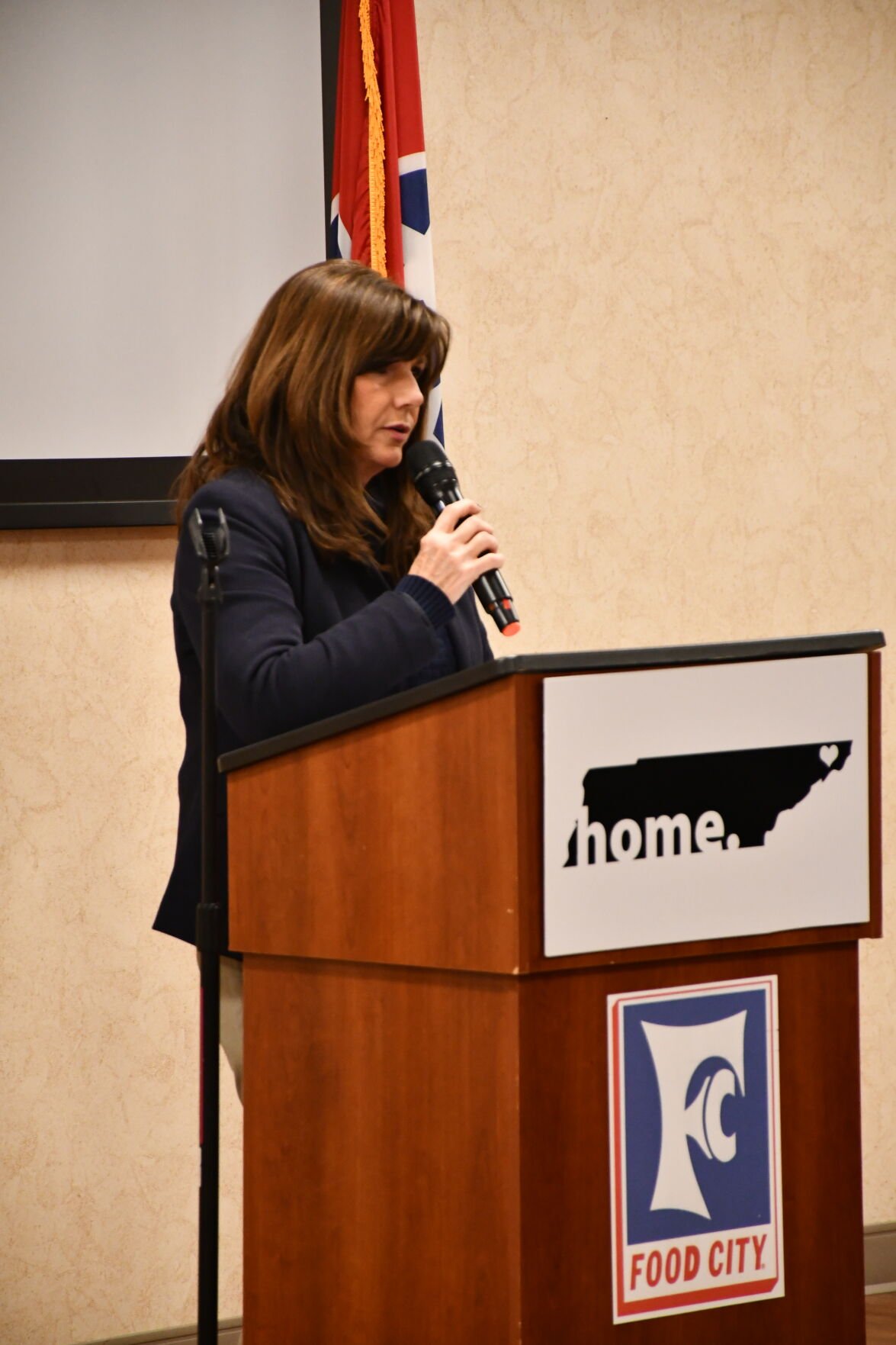 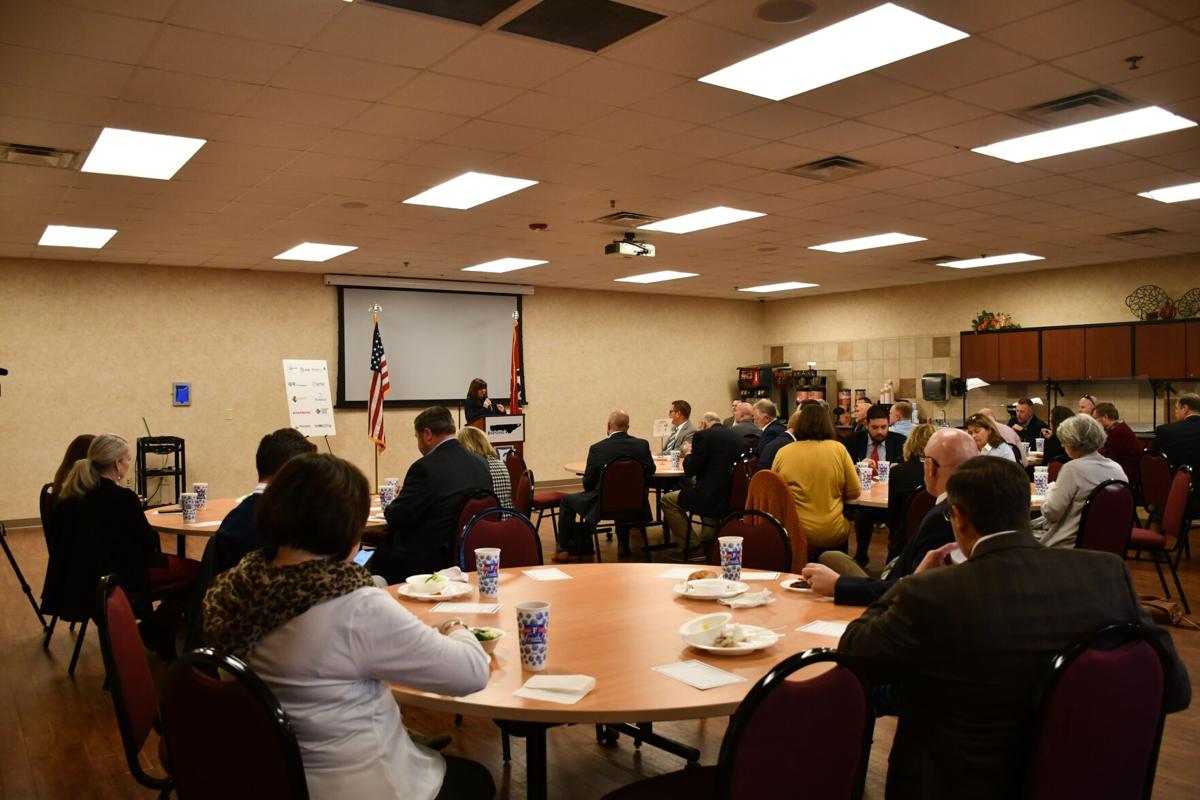 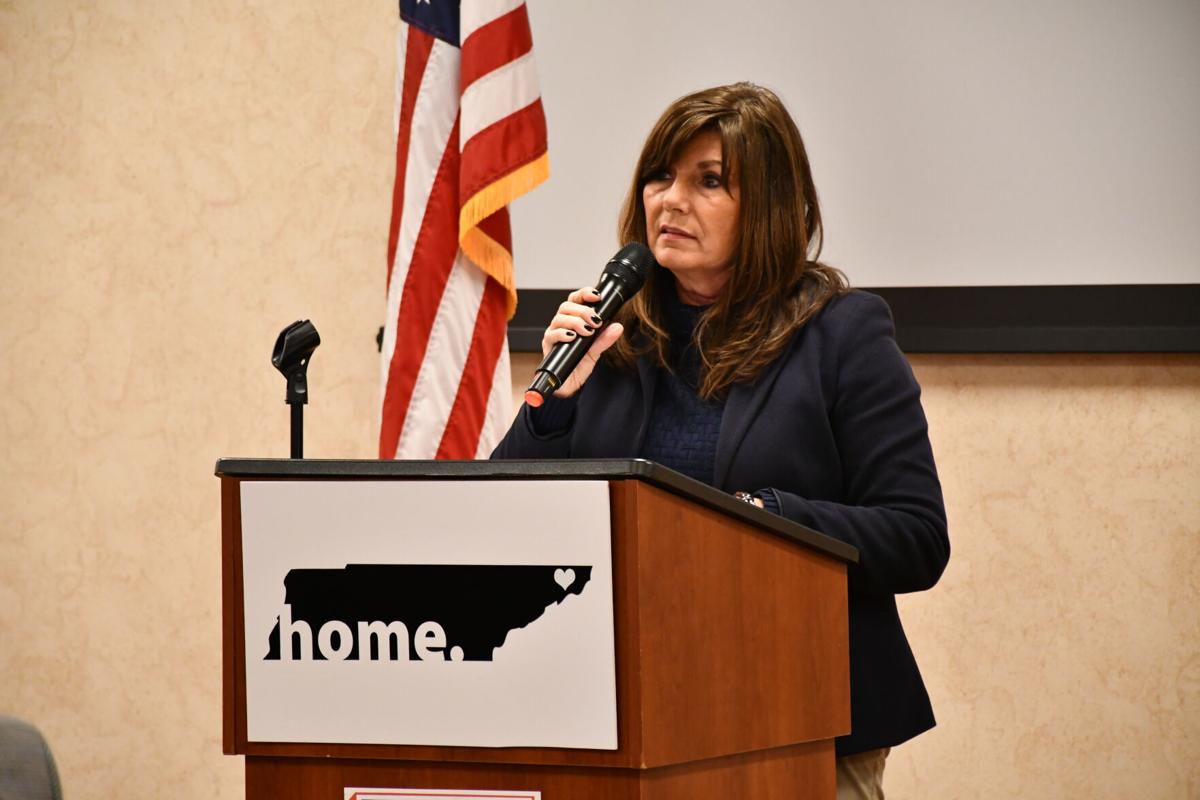 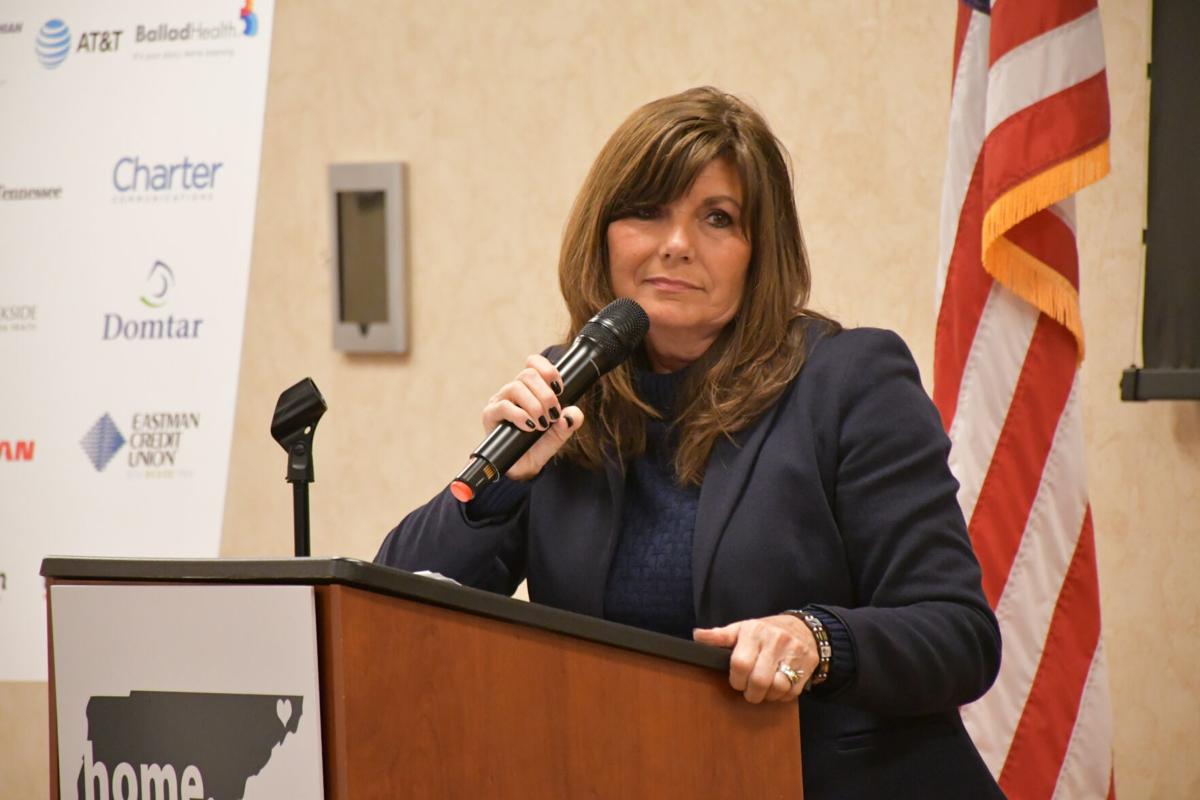 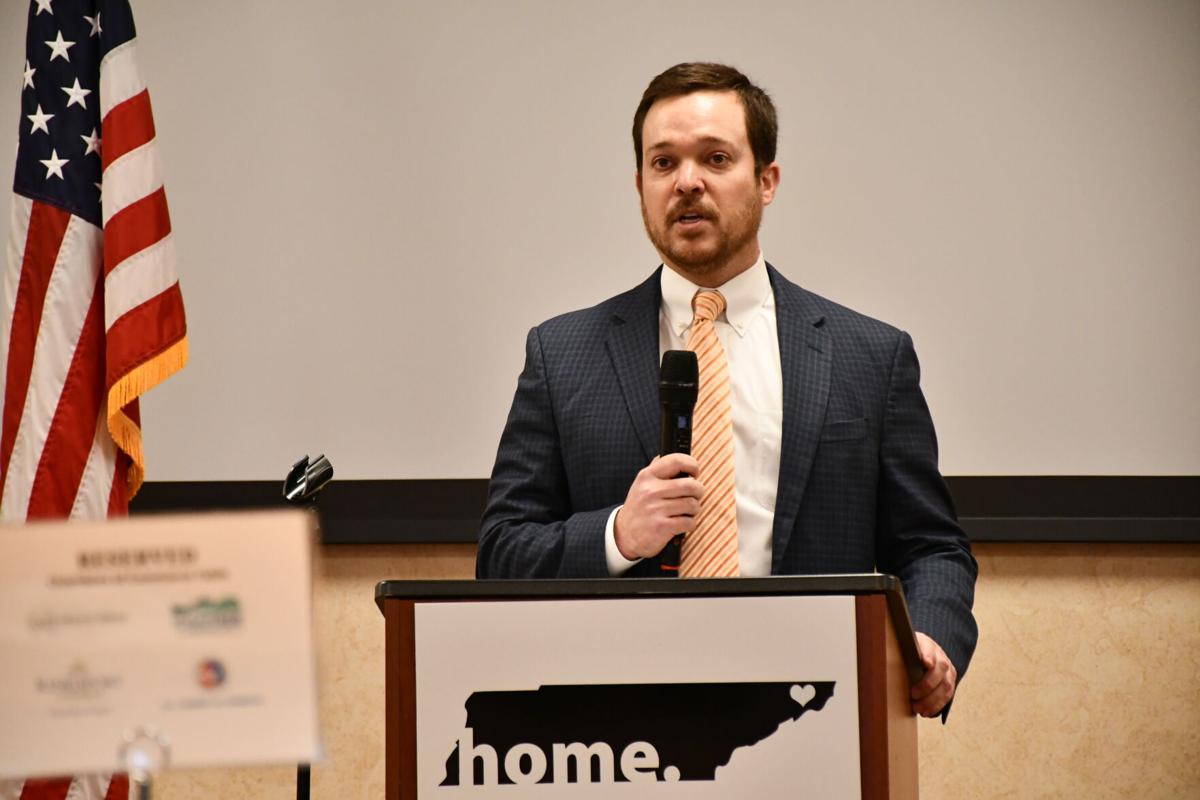 Brince Manning, the manager of the Southeastern Region for the U.S. Chamber of Commerce, gave an update on the region during the Monday luncheon.

Congresswoman Diana Harshbarger talked supply chains, the border and vaccine mandates at her luncheon in Kingsport on Monday.

Brince Manning, the manager of the Southeastern Region for the U.S. Chamber of Commerce, gave an update on the region during the Monday luncheon.

The luncheon — hosted by the Greeneville County Partnership, the Johnson City Chamber and the Kingsport Chamber — centered around the congresswoman’s take on recent issues, namely recent shipping delays.

The system, he said, looks to reroof Dobyns-Bennett High School through its Elementary and Secondary School Emergency Relief funds.

“You don’t know when the materials will come or what the expense will be added to that because things are still sitting in the shipping containers,” Harshbarger said. “We don’t have a shipping container shortage. They are stacked on the ships. They’re all full. There’s a shortage of truckers. It’s chaos … . We are working on that.”

The other issue in the supply chain, she said, is the ongoing labor shortage that has impacted each sector of American business. At the event, Harshbarger asked local business leaders to raise a hand if they need employees. Well over half of the room’s attendees raised a hand.

“The labor shortage is falling right into the delays in the supply chain,” Harshbarger said. “If you think we’ve got problems with supply chains, it’s going to get worse with some of the mandates coming down.”

“Thanksgiving is going to be the most expensive Thanksgiving in history,” Harshbarger said. “Is anybody paying more for gas lately? It’s up 64% because we have to buy it from Russia or OPEC … . We’ve got some problems.”

“This is all stuff the U.S. Chamber has been fighting for for decades. We were years and years overdue on infrastructure. This is the biggest piece of legislation for that since the Eisenhower interstate bill. We are on board with that.”

One business leader at the luncheon also asked Harshbarger her thoughts on OSHA’s mandate requiring employers with 100 or more employees to have a fully vaccinated staff.

“I think it’s unconstitutional,” Harshbarger said. “It’s unscientific and it’s overreach. OSHA was formed in Congress to take care of safety programs for the workplace. It never was meant to mandate vaccines and that’s a problem. If they think they have a shortage in workers now, you just wait. It’s an infringement upon your freedoms. It’s your individual right (to make health decisions). The government should not mandate that.

“There’s a lot of questions I’ve got and I’m not getting a lot of answers. But you know what? You keep asking. You keep probing.”