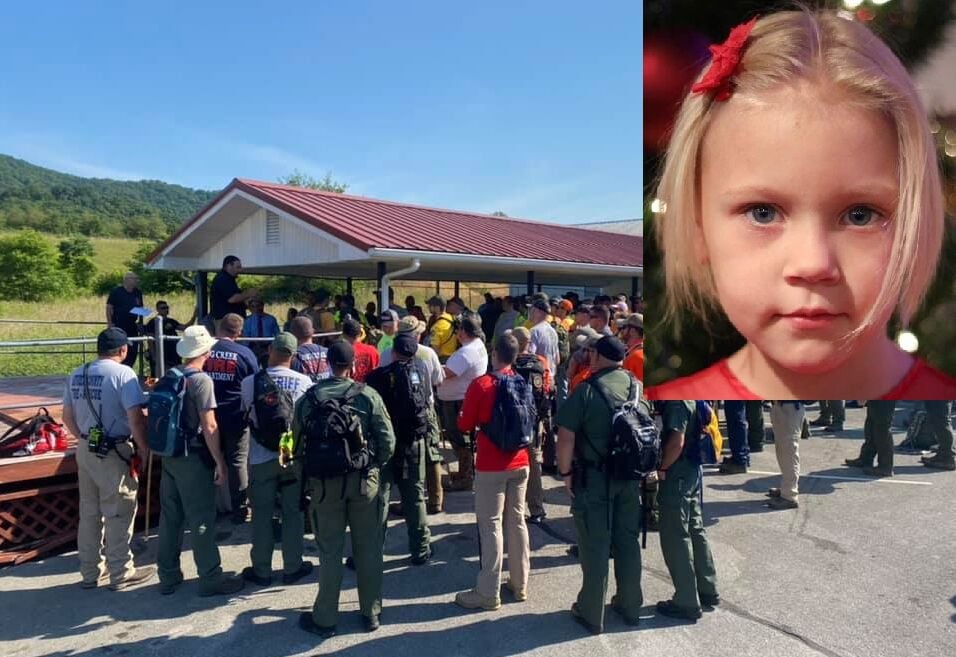 Rescuers are shown here gathering for their morning briefing before beginning Day 4 in the search for missing 5-year-old Summer Wells in the Beech Creek community of Hawkins County. 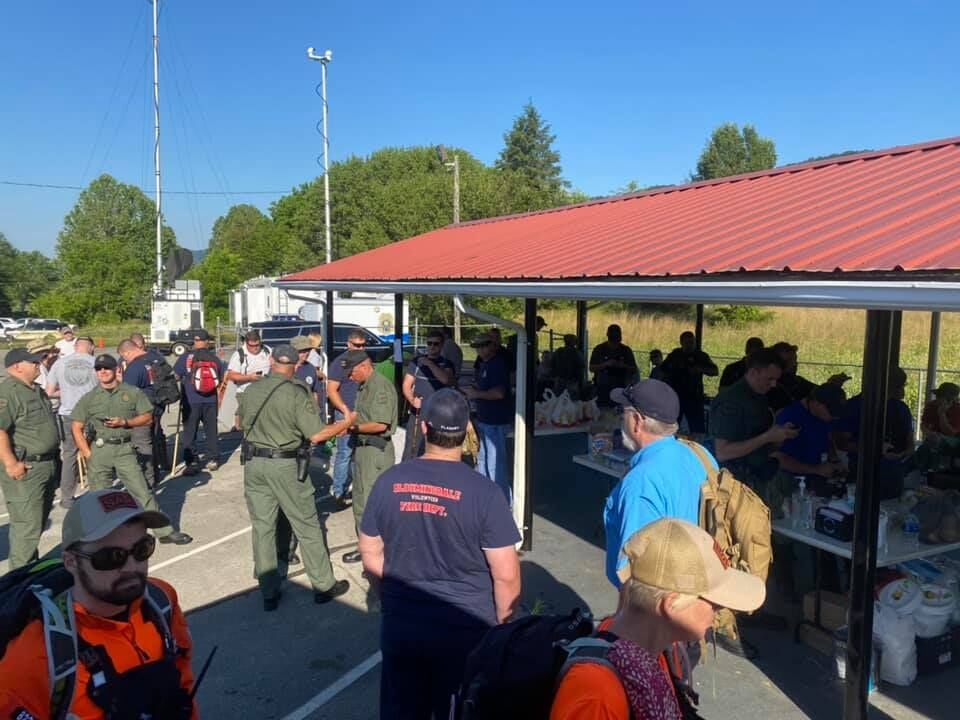 In this file photo, search crews gather for their morning briefing before beginning the fourth day of the search for Summer Wells. 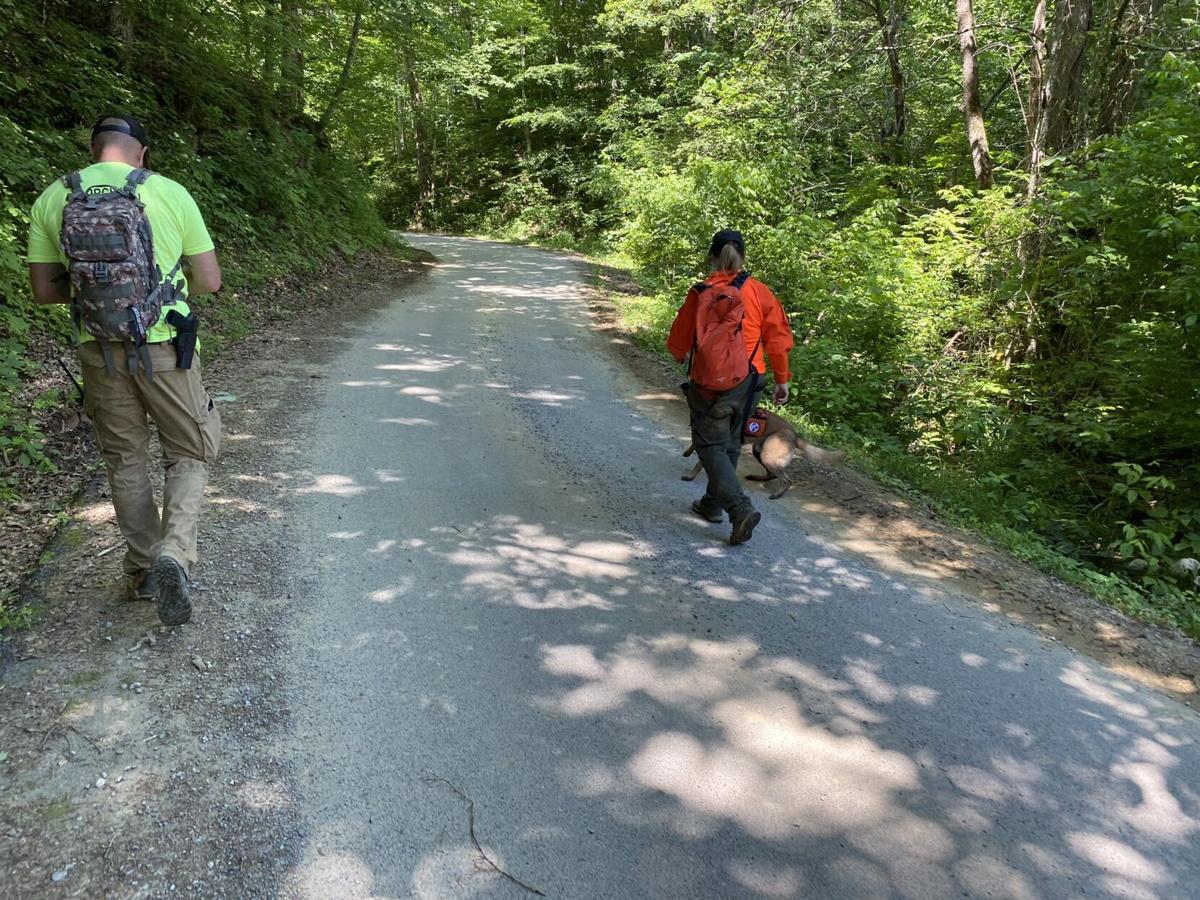 File photo: Searchers continued hunting for missing Summer Wells in the beech Creek community where she went missing on June 15. 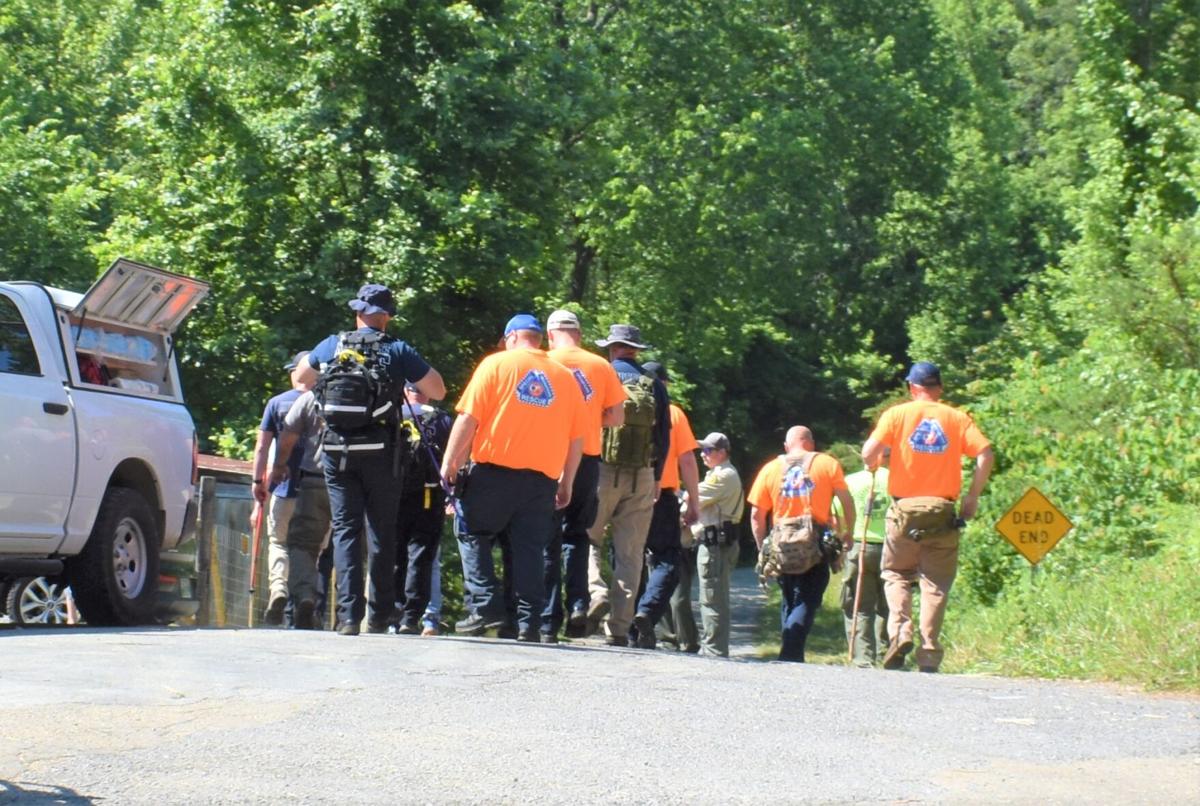 Searchers from multiple rescue agencies were unloaded by school bus at the dead end Ben Hill Road off of Beech Creek Road in far south central Hawkins County near the Sullivan County line, searching for 5-year-old Summer Wells who was reported missing from her Ben Hill Road residence on June 15. 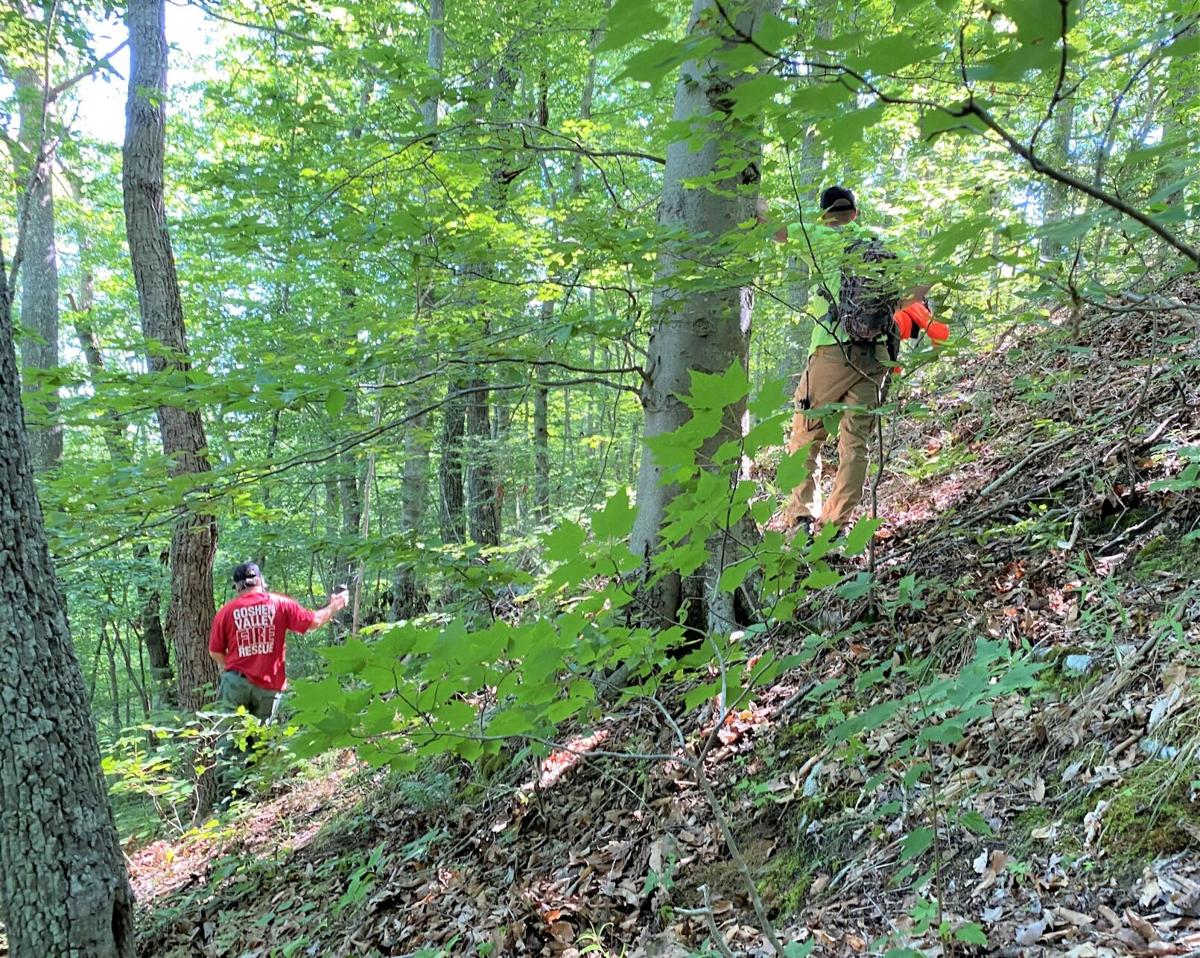 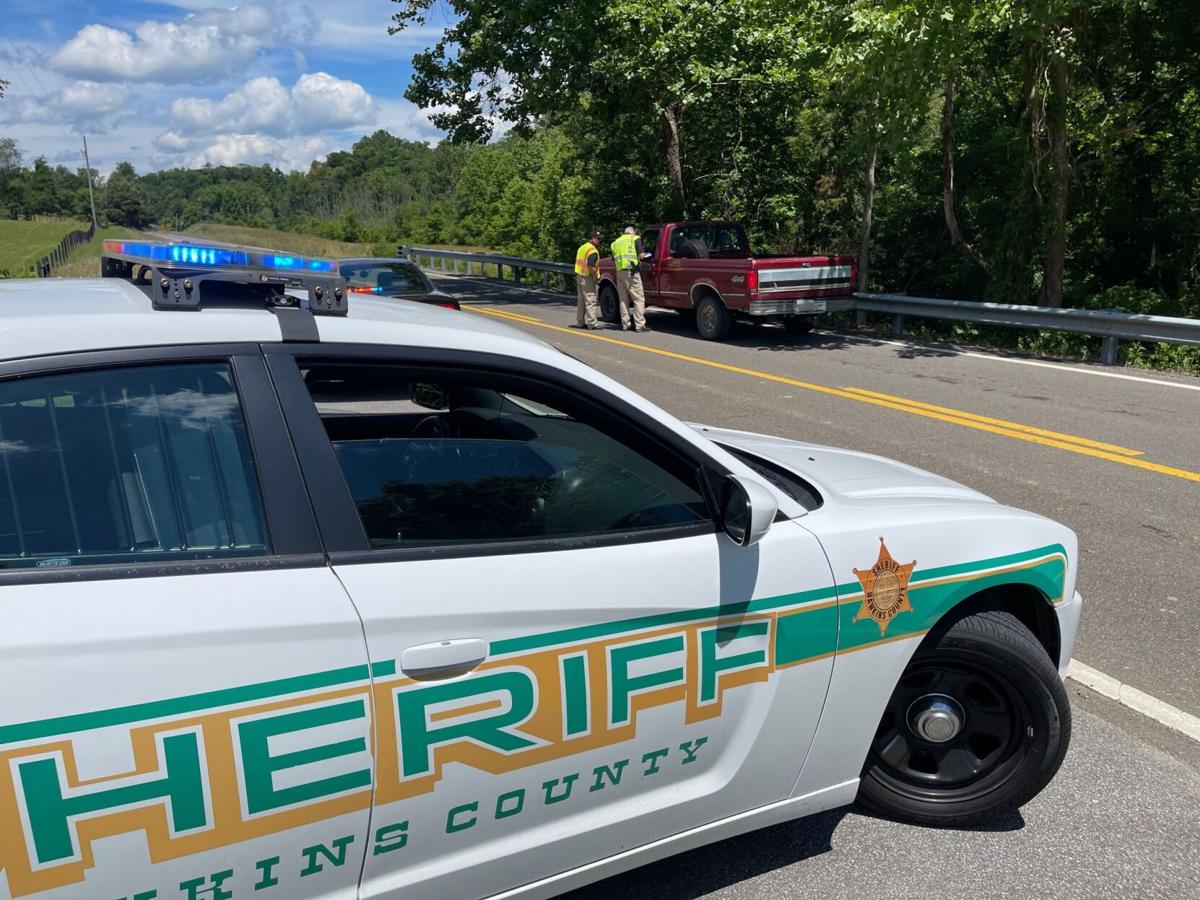 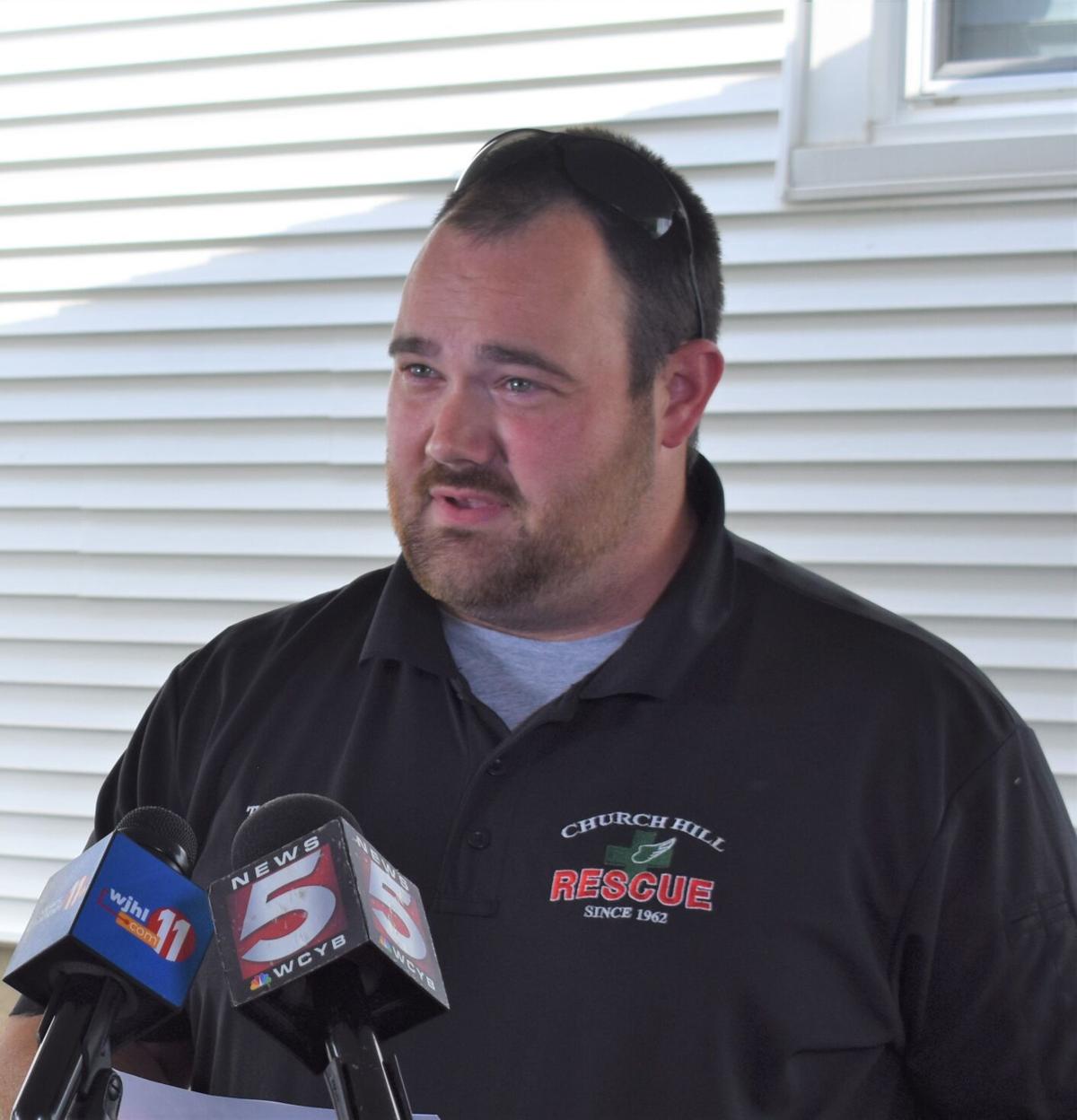 Although they'd been searching for Summer nearly a week without positive results, Church Hill Rescue Squad Capt. Tim Coup said during a June 21 press conference that morale is not an issue and everyone participating in the search has the same outlook. “We will not quit until we find Summer Wells.” 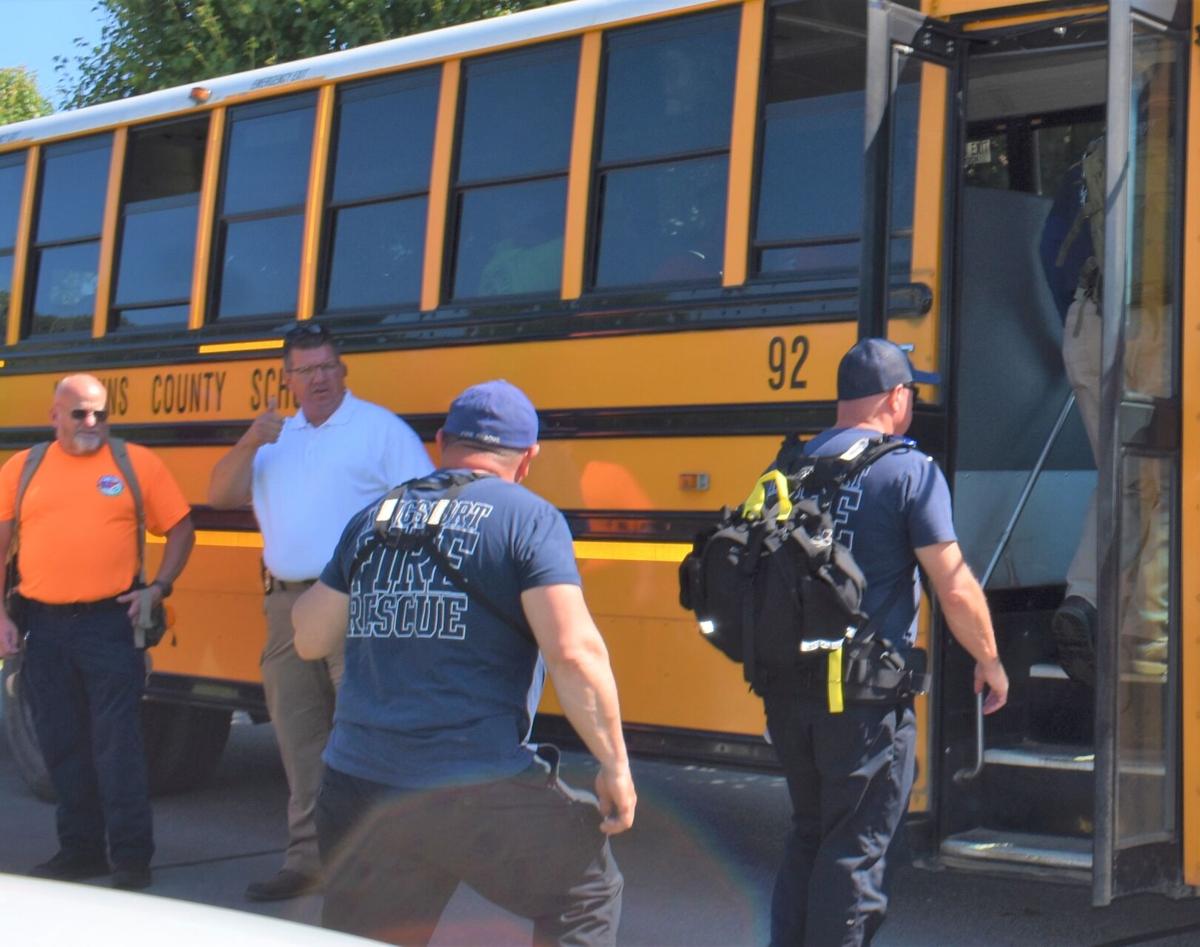 File photo: Rescuers load a bus at the command center before leaving for Ben Hill Road off of Beech Creek Road to continue the search for 5-year-old Summer Wells.

Rescuers are shown here gathering for their morning briefing before beginning Day 4 in the search for missing 5-year-old Summer Wells in the Beech Creek community of Hawkins County.

File photo: Searchers continued hunting for missing Summer Wells in the beech Creek community where she went missing on June 15.

Searchers from multiple rescue agencies were unloaded by school bus at the dead end Ben Hill Road off of Beech Creek Road in far south central Hawkins County near the Sullivan County line, searching for 5-year-old Summer Wells who was reported missing from her Ben Hill Road residence on June 15.

File photo: Rescuers load a bus at the command center before leaving for Ben Hill Road off of Beech Creek Road to continue the search for 5-year-old Summer Wells.

ROGERSVILLE — One thing police and rescuers don’t want to think about while they’re looking for a missing child is how much the search operation is going to cost.

But eventually that issue will have to be addressed, as members of the Hawkins County Commission’s Budget Committee pointed out at Wednesday’s meeting.

Sheriff Ronnie Lawson and Chief Deputy Tony Allen were asked about the financial impact of the 13-day search operation for missing 5-year-old Summer Wells, as well as the ongoing investigation.

Summer was last seen on June 15 at her home in the Beech Creek community. Although a massive search operation in that area ended after 13 days, the police investigation into her disappearance is ongoing.

“It will hit us pretty hard, but we’ll do what we’ve got to do to work through it,” Allen said. “It won’t be comp time. It will be paid out. It’s just one of those things that you can’t plan on.”

Allen added, “That’s why we need a little bit extra (set aside in the budget). I haven’t got my budget analysis done on it yet of what the cost is because we’re still working the case. We’re boots on the ground still, and it might be three months before I can do a cost.”

Allen noted that the Black Lives Matter protest in Rogersville in July 2020 cost the sheriff’s office $47,000 for one day of law enforcement coverage. The full-scale search operation for Summer lasted 13 days, and the police investigation has surpassed three weeks.

Lawson noted that the patrol division and school resource officers alone put in a total of 3,200 man-hours during one week of the search. That’s not including the amount of time the detectives division has put into the investigation, Lawson added.

Allen told the Times News on Thursday the HCSO has exceeded 4,000 man-hours overall on the case, but he doesn’t know the overtime cost yet.

There weren’t any rescue agencies in attendance for Wednesday’s meeting, but Commissioner Hannah Winegar questioned how the operation will impact them financially as well.

Both of the county’s rescue squads are nonprofit, 100% volunteer agencies which operate on donations, fundraisers, and a contribution from the county. They’re always short on funding.

The commission’s Ad Hoc Committee, which will make recommendations on how to spend the $11.1 million Hawkins County expects to receive in federal stimulus funding, also attended the Budget Committee meeting.

The Church Hill Rescue Squad, which led the search and rescue effort, had spent approximately $1,380 in cash on the operation as of Wednesday, but what members spent in volunteer hours by far exceeds that amount.

CHRS Capt. Tim Coup told the Times News on Wednesday that during the 13-day search his agency spent a total of $521 on fuel and maintenance. The remainder of the cash expenditures were for LED hand lights for searchers on the night redeployment and office supplies for the command post — such as a printer, paper, ink, pens, dry erase markers, etc.

“The search for Summer Wells will not put our agency in the red for the fiscal year,” Coup said. “The funds that were used for this call will take away from other necessary expenditures such as training, equipment, capital projects and replacement of a frontline rescue truck.”

The CHRS and the Hawkins County Rescue Squad each were tentatively approved for a $50,000 contribution from the county in the proposed 2021-22 budget, which has not yet been approved by the full commission. That’s an increase of only $1,000 from the previous fiscal year.

The CHRS had requested a $41,000 increase for the purpose of increased specialized training, including search and rescue classes, as well as for equipment and facility improvements.

“Our agency has also requested the same increase as the fire departments in the county of $11,000,” Coup said. “This would bring the contribution total to $60,000. Just like Hawkins County Rescue Squad, our call volumes have only increased from years past.”

HCRS Lt. Corey Young told the Times News on Wednesday that his agency spent approximately $1,500 in cash on the search.

Young said the incident won’t put the HCRS in the red for the fiscal year, but it will pull resources away from other expenditures such as supplies, uniforms, training and capital projects.

“We have been funded at $50,000 for several years, then was cut back to $49,000,” Young said. “We asked for an increase of $26,000 for this fiscal year to plan for large expenditures for the next few years such as vehicle replacement. We have recently asked commissioners for the same $11,000 increase given to the fire departments, to bring our contribution total to $60,000 but haven’t received the additional funding.”

Winegar suggested Wednesday that in light of the Summer Wells case the Budget Committee should revisit the contribution allocated for both rescue squads.

Commissioner Mark DeWitte, who sits on the Ad Hoc Committee, said current restrictions on the funding wouldn’t allow rescue agencies to seek compensation for resources used during the search. The funding is restricted to COVID-related expenditures.

“All of the individuals who were involved in this rescue were also the (first responders) majorly exposed to COVID back then,” DeWitte noted. “(Summer’s search) may not directly apply, but there may be some money they could tap from to bring them back up to where they were. It doesn’t have to be exactly for this emergency purpose, but we’re encouraging all nonprofits to come before that committee.”

DeWitte added, “There is money there just because you (as an essential worker) were dealing with the public during COVID. If they present their case in the right way, that the committee could pass on to the people who actually make the decision, there’s probably some money in there that they’ll end up being able to get.”

The Ad Hoc Committee was meeting Thursday evening. DeWitte said there will be several more meetings to come before any stimulus funding recommendations are made to the full commission.